Busy Month, Time For Some Cleaning

I've been working on a few things this month and to be honest, haven't touched my cards much.  In fact aside from buying a few cards a couple weeks ago, I haven't touched any cards in over a month or two.  I'm in the process of cleaning up my storage unit, and deciding what to bring home and what to take to storage.  At the same time, I'm working on rearranging the apartment, so its kept me pretty busy and my mind isn't on cards much.  Despite all that, I've managed to find time to take some pictures and even scan a few things, so today this will be showing off some of those pictures and scans.  I'm not sure what I'll show off until I start to upload the pictures, so let's dig in! 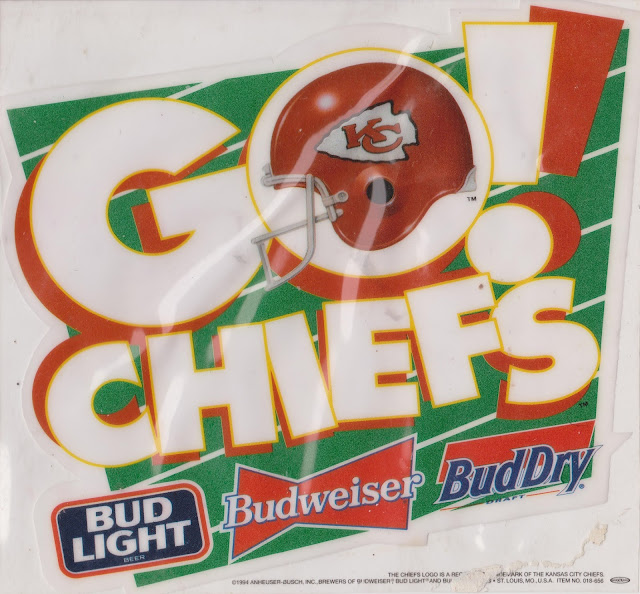 While cleaning I found this static cling.  It's used, but I'm trying to straighten it up and will display it somehow.  It really pops on the white background of my scanner.

I think part of the reason I haven't messed with cards lately is partially being burnt out from sports, and because I don't really care if they play any sports this year.  I haven't watched any sports aside from NASCAR and maybe a minor sport or two since March, and I haven't been too upset.  I have watched wrestling, but more sparingly and usually pretty vocal with some of the stuff they do.  So with that, I just kind of ignored sports the last few months.  That makes for a sad blog, so its also why I haven't posted much either.

Anyways, today I will show you some scans from a baseball magazine I got a few months ago at my local second hand store.  It has some interesting things, and some not so interesting (at least to me), but when I cross post some of it to Pinterest, it really gets noticed.  Who knew John Madden in a beer ad would create so much interest? 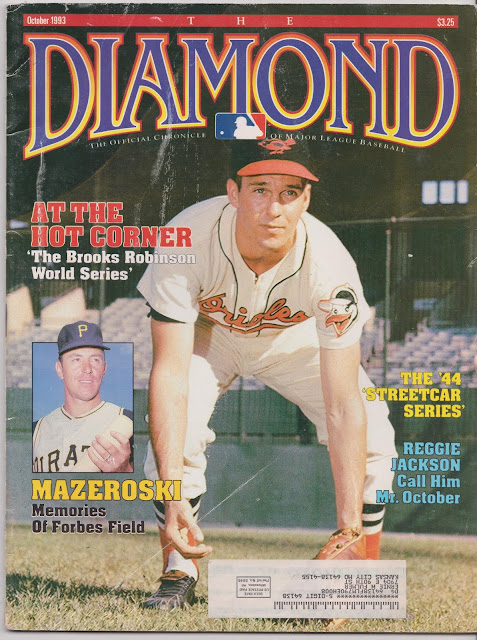 I know nothing about this magazine, but I think it was 10 cents, and honestly the idea of scanning the ads was enough for me to grab it. 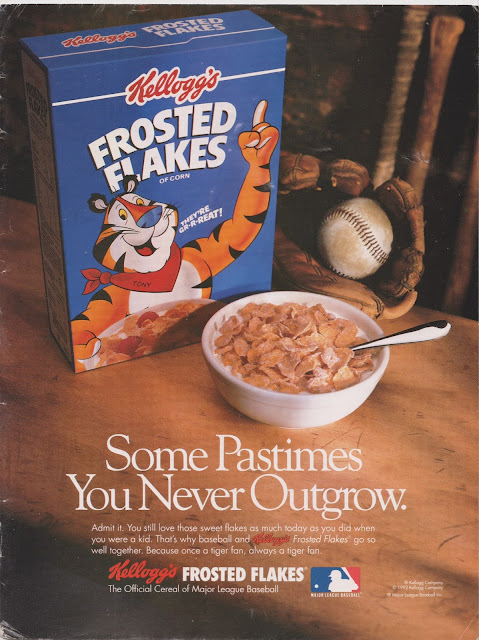 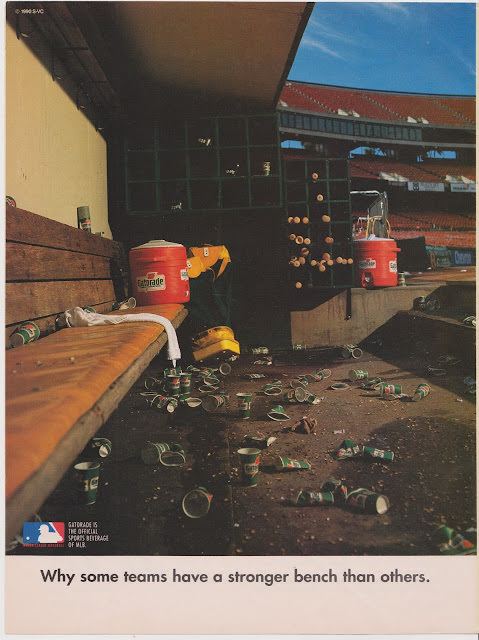 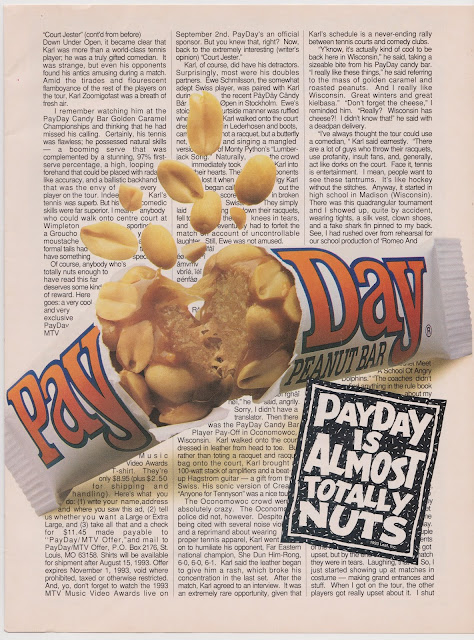 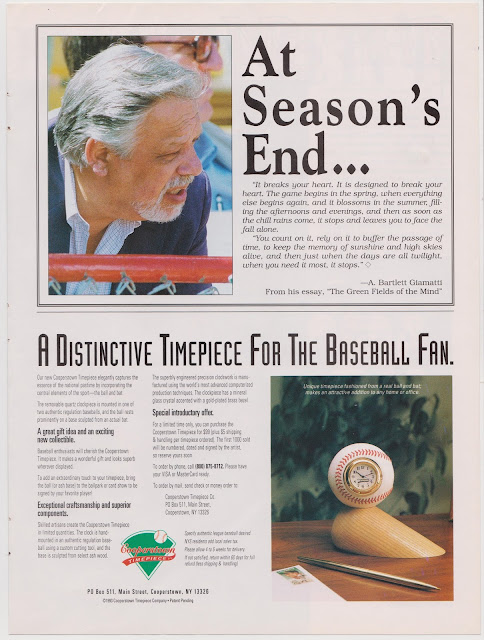 I have to admit some of these scans turned out GGGGGGGGRRRRRREEEEEEEAAAAATTTTTT!

I think my favorite of this bunch is the Payday one.  I like how it looks like its coming out of the page.  The others are good too, its just that one caught my attention more than the others. 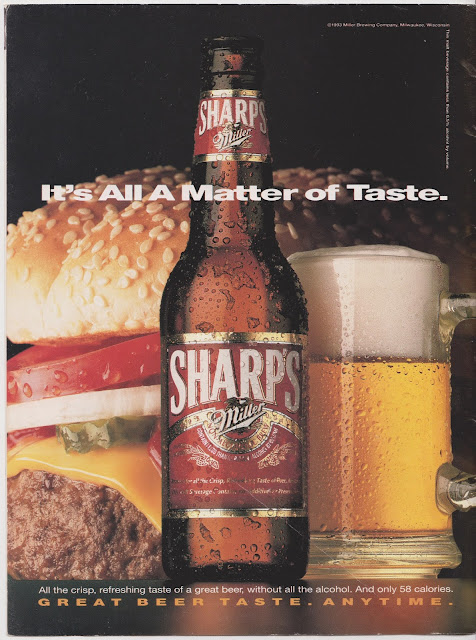 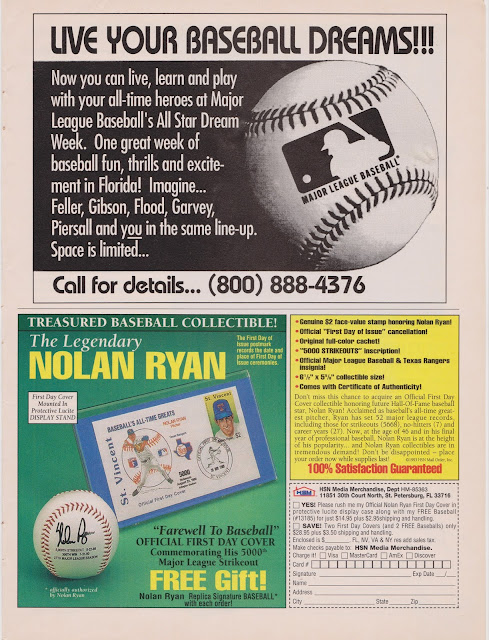 Let's get those Pinterest folks excited!  I'm not sure why beer ads are popular on there, but many people have boards for them, and if it gains me some exposure on here, then I might do some randomly in the future.  No John Madden this time, but the Sharp's one I like because of the burger in the back.  I guess beer and alcohol advertisements aren't as prevalent these days so that's why they are popular.  Then again, I'm not sure how many people still read paper magazines anyways.  I figure most people don't or just read e-editions.  I can't get behind e-books or magazines but I understand why they are so popular. 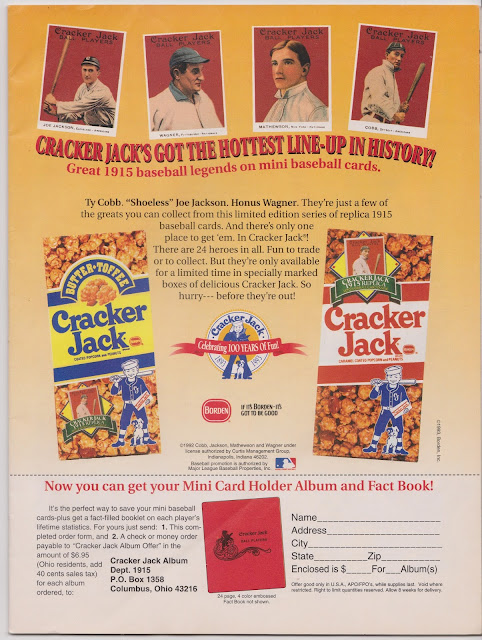 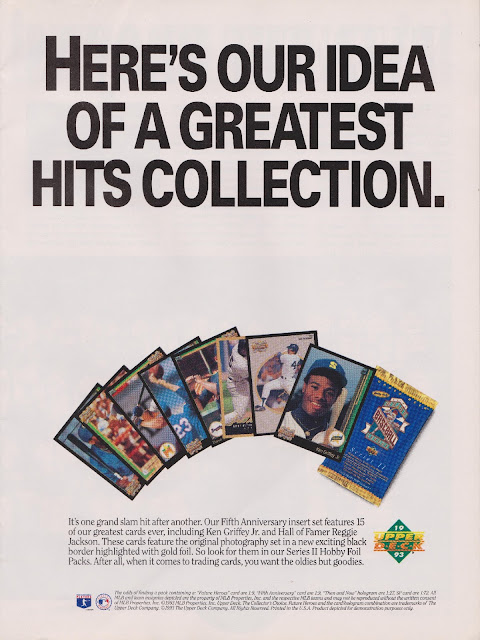 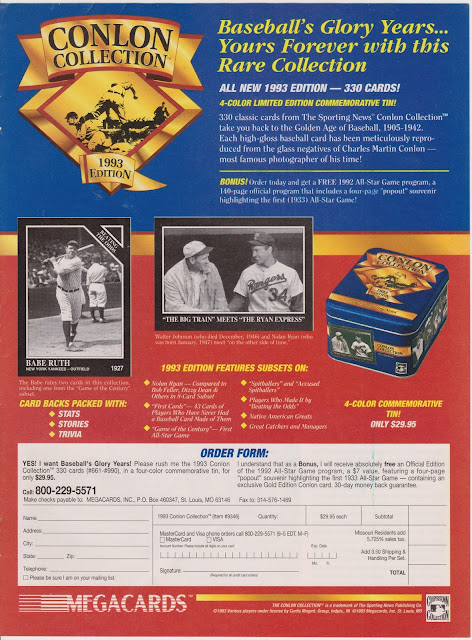 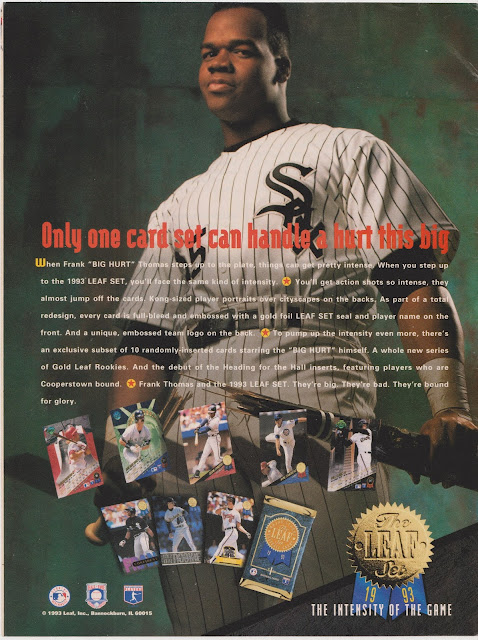 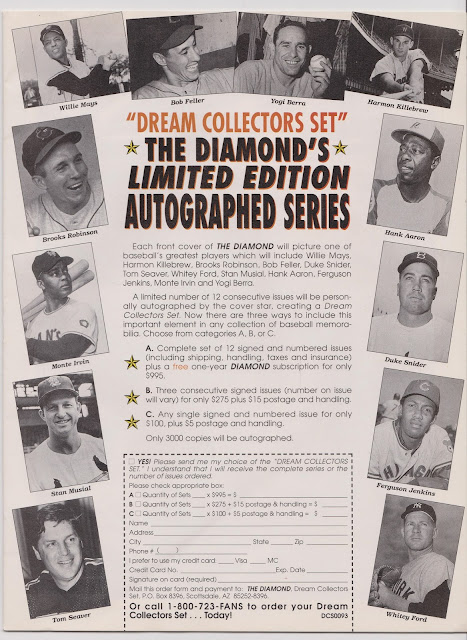 I believe I have cards from all those sets except the last one.  I do wish I collected more of the Conlon set, but at this point I can't see myself every devoting much time to doing it, and I'm not sure I'd want to at this point anyways.  Maybe when Publisher's Clearinghouse comes to my door with the grand prize I will look into it more.  Until then, its a far along set I'll never try to work on because I have other's I'd rather do first.

Let's see what else I have. 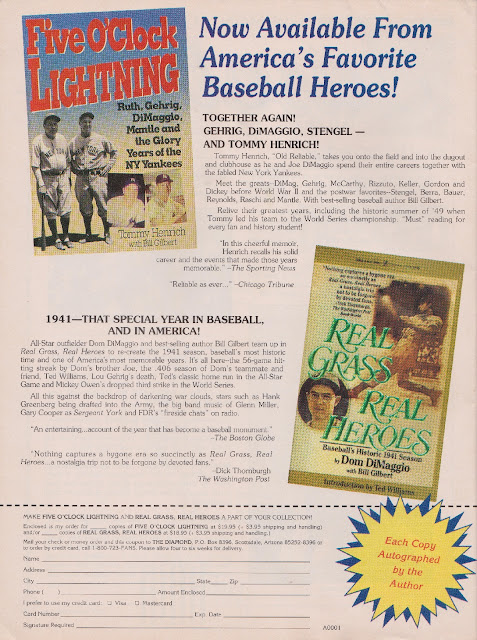 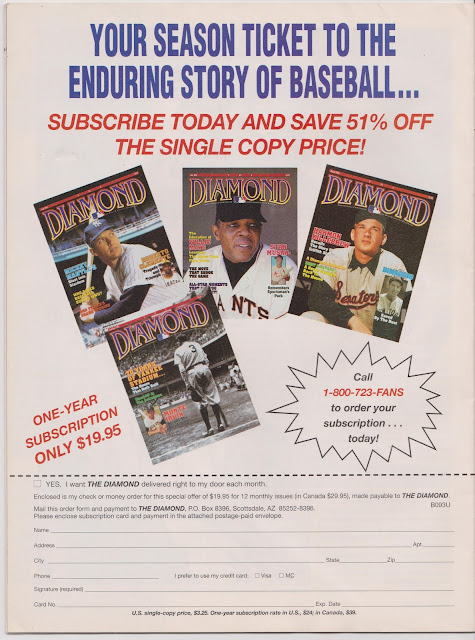 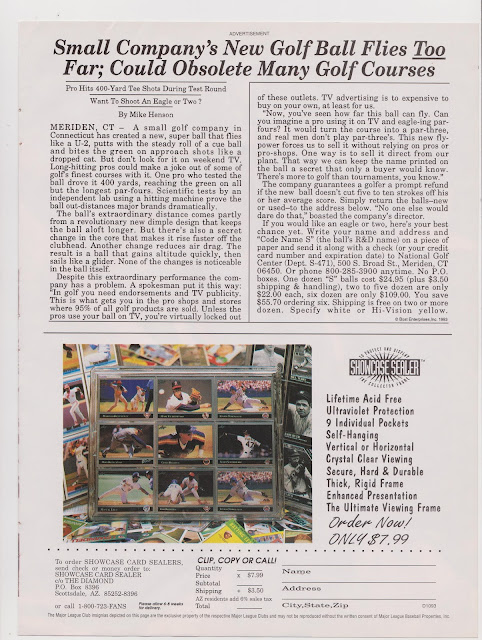 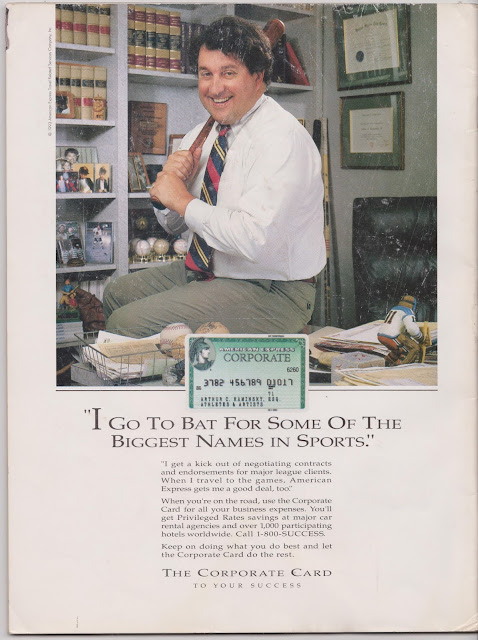 We wrap it up with a few more ads that I scanned.  I find it funny for years I'd see ads for "illegal golf balls" that fly for miles, yet you never actually saw stories of golfers getting better because of them.

It's also weird to think that magazine subscriptions for the most part aren't a whole lot higher than they where 25-30 years ago.  I know some went up a ton, and on the newstand they have too, but $20 for a year may have sounded high back then, not I find plenty for that price (I even get a few for free). 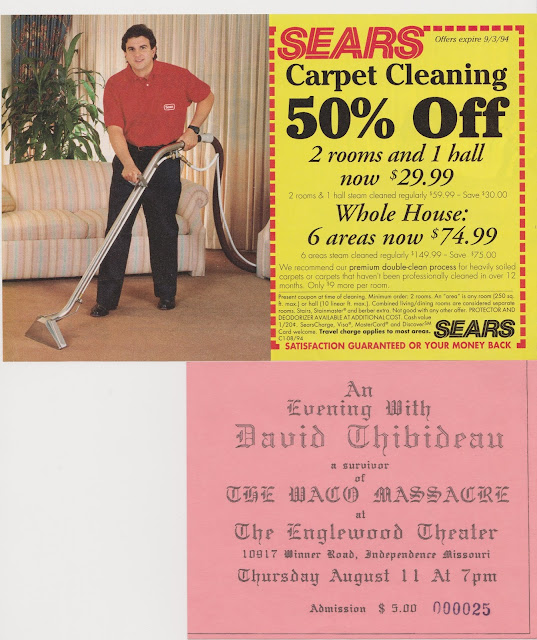 Inside the magazine were these two items.  One is an ad for Sears carpet cleaning, which I scanned mainly for the Sears logo.  The second appears to be a ticket to um... an event.  I mean I guess it would be an interesting topic to hear from a survivor's point of view, but this had to be within a year or so of the Waco Massacre, so I'm not sure I'd really want to go around telling my story so soon.  Plus I'd imagine if I was a survivor of something like that, instead of going around talking about it, I'd rather just write a book, so I wouldn't have to discuss the details all the time.  Write it once, and be done with it until people would ask you about it daily I guess.  Either way, an interesting find inside of a magazine. 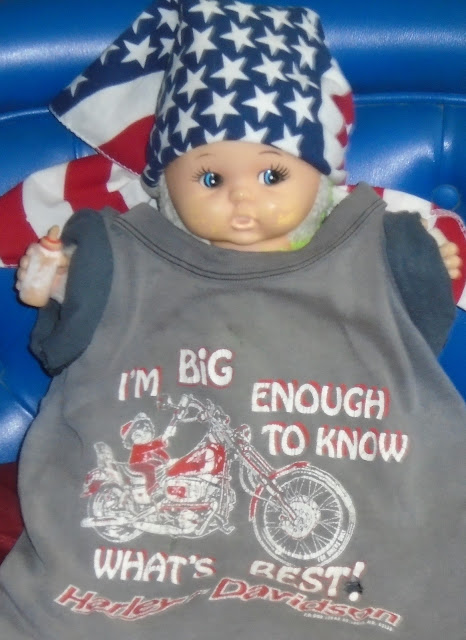 I figured I'd wrap it up with this photo.  In the last post or two I showed off a doll I've had since I was a baby.  Earlier this month was the Sturgis Motorcycle Rally, and I thought I'd dress her up.  The shirt is a relic and one I found in storage about a month ago and was so excited to find.  It was actually one of my shirts when I was a baby.  It might be tattered but I'm so glad I found it.  It was a little big for my doll, but I still thought it would be cute to put on her.  I sent a picture to my sister and she liked it.

So that wraps it up for today, I know it wasn't much, but as I stated, I've been a little busy on other stuff.  I'm hoping in the next couple months I'll get a few of those other projects done and I'll spend more time working on my cards a bit more.  In the meantime, I guess we'll just see when and what I post next.  Thanks for reading and have a great day.