Checking In and Cleaning Out: Mixed Media Day

Man that title was a mouthful.  I figured I'd check in to let everyone know I still blog.  I figured today would be another cleaning out scans and photos I don't think I ever posted last year, and most of it is movies and music stuff.  Maybe some cards we'll see.  Anyways, let's dig in.

I got this a few months ago and believe I mentioned it maybe even posted it.  I never thought about it until I saw this picture that it is actually a 4K player.  I don't have any 4K discs or 4K TV, but its good to know when the time comes I won't need to upgrade.  I've been using it a bit lately and the blu rays I do watch look great on it.  The DVD's sometimes have millisecond audio dropouts.  Not enough to be annoying but enough to notice them.  I can deal with that.  If I can't I can still watch DVD's on my Xbox 360 so there's that.  I was a bit concerned about the Sanyo brand, but it was 40 bucks for a blu ray player and I was looking for one so it worked.  I'm actually pretty excited its a 4K.  Obviously I should have noticed it before, but since as I said no 4K discs, my eyes immediately went to the Blu-Ray part. 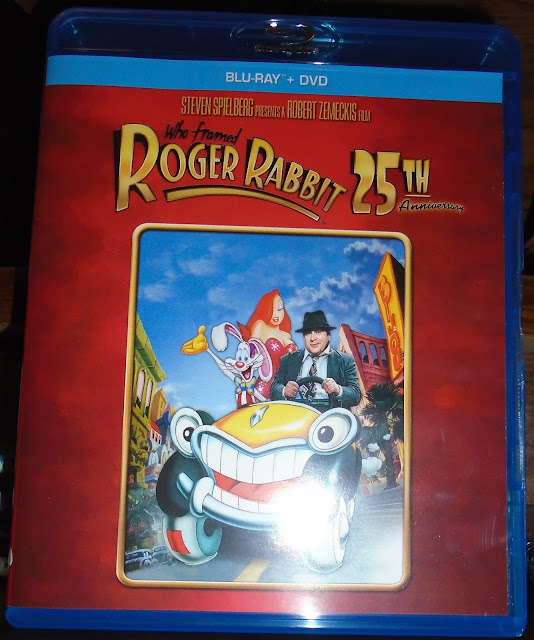 On the day I bought the player, I thought I'd get a movie to watch on it.  Though by this point I already had a few I could have watched.  I bought Roger Rabbit because even though I love this movie, I've never actually owned it, only seeing it on TV or streaming.  So for 5 bucks I thought it was a good deal.  Would have been better including the digital copy, but I won't complain.  Though I must say I've yet to watch it, but I probably will in the next month or two. 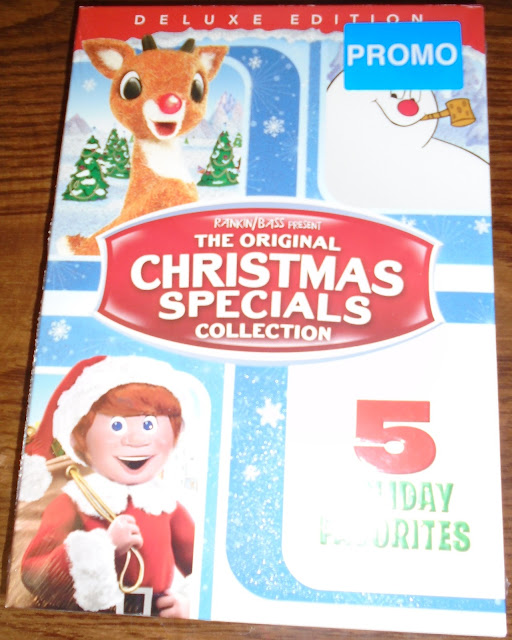 On Black Friday I had my eye on a few movies and while this wasn't one of them, it was odd I never owned Frosty or Rudolph before.  My nephews might have, but I haven't.  This is only DVD but I was happy to purchase it.  I was surprised to find out my mom really likes The Little Drummer Boy which is also included so it made for a better purchase.  Frosty and Rudolph were the ones I wanted and then saw on TV so I haven't watched this yet.  Maybe this year I will during the holidays and check out the rest of them too. 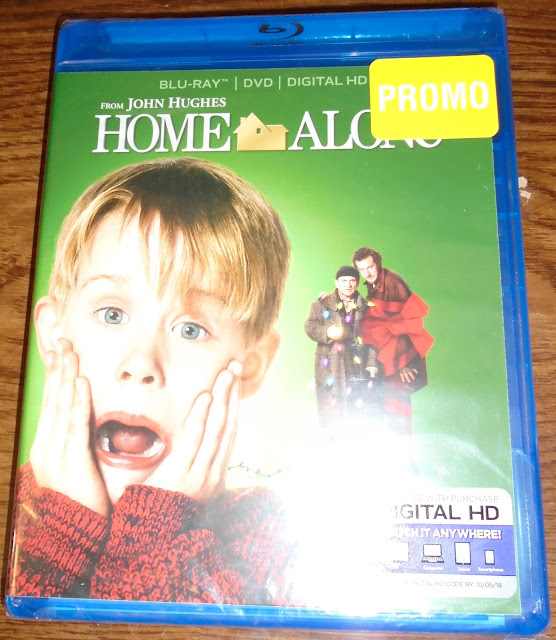 This was the movie I wanted on Black Friday more than anything.  I have it on DVD, but wanted to upgrade and it was 4 bucks.  I didn't fight the crowds for it, so I think it was that Saturday I made a trip and hidden behind a bunch of other stuff I found it.  I wanted this again because it was cheap, I wanted to upgrade, and it included the digital copy.  Hopefully this year I'll see a similar deal on the second one.  Anything after the second one I have no interest in, though I have watched the 3rd on and it isn't terrible. 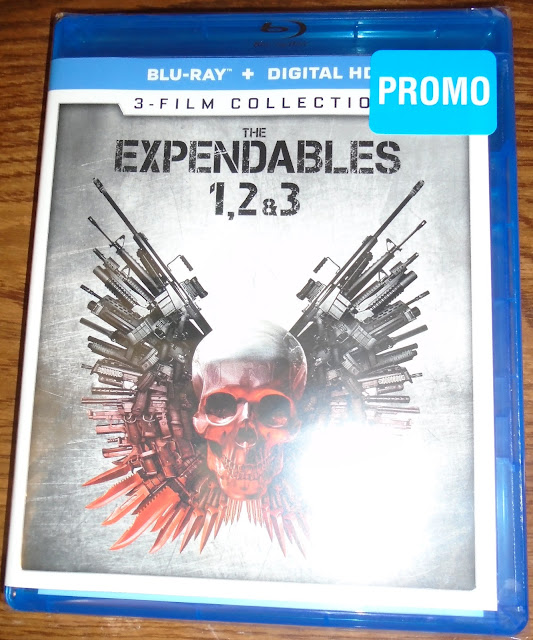 I didn't have a plan to buy this going in, but I liked the first one and who knows the 2nd and third might be good.  Instead of paying 5 bucks for just the first one, I could get all three for a couple bucks more, so I did.  It also has digital copies, so I think I did good.  Despite watching quite a few movies the last few months, I haven't gotten around to these yet either.  That might explain why I haven't felt the need to buy a bunch of movies as of late unless the price is too good to pass up.  I figure in a couple months I will check these out. 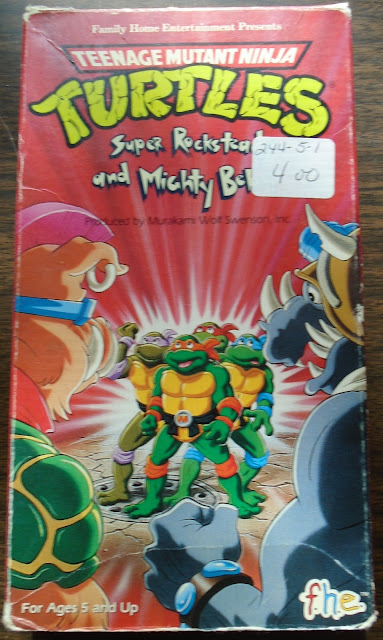 So moving on to other media, I found this at my local second hand store with a few other VHS tapes.  I've stopped buying VHS until I start doing something with the ones I have now, but TMNT was too good to pass up.  Lately I just look at tapes that I don't think had DVD or Blu Ray releases or catches my eye.  Nothing has in a couple months. 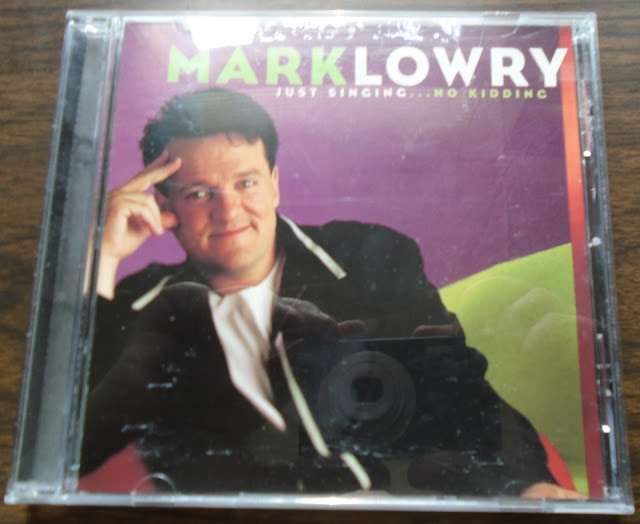 I still look at the CD's but they moved them and its harder to go through unless you lean over awkwardly or sit on the floor, so I usually don't buy any the last few times.  I got this one before Christmas because it has my mom's favorite Christmas song on it- Mary Did You Know.  Mark Lowery is the one who wrote the song, and despite being a very funny Christian comedian, he can also sing really well, as showcased on the Gaither Homecoming tours and shows.

CD's are 50 cents.  If I find one song on a CD, then 50 cents is worth it.  I'm not the biggest Charli XCX fan, but I like her song Boom Clap, and was curious how she covered Money.  I did alright but doubt I'll listen to her cover that song again.

This is before Shawn Colvin made it big with her hit Sunny Came Home.  I wasn't familiar with any of the songs, and I didn't care for it much, but I was only out 50 cents so I'm not complaining.  It's better to try something and not like it then never knowing if you'd like it or not. 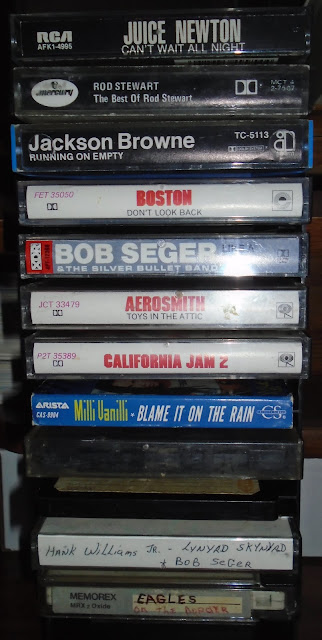 Went to storage a couple months ago and found my dad's cassette collection.  He was a rocker through and through.  Nothing in this holder surprised me when opening it because I remember him listening to all these, with one exception.  I never heard my dad listen to Juice Newton.  I'm not sure where that came from.  I'm sure this one boggles your mind even more though.... 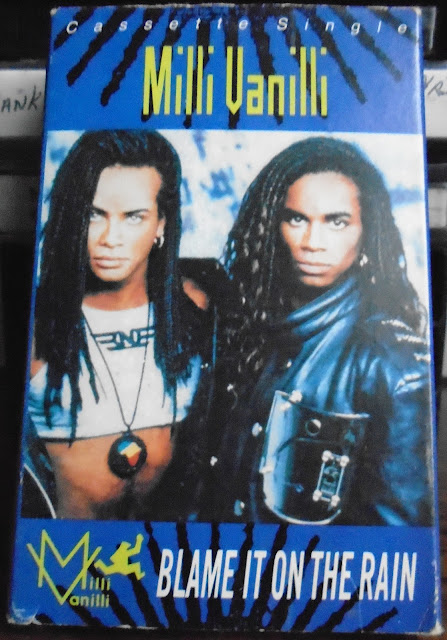 This must be a joke right?   NOPE!  For whatever reason, my dad loved Milli Vanilli.  This was obviously before the whole lip-sync thing, but he played the crap out of this.  This was the same man who hated most modern music and loved saying "they should put a "C" in front of it and call it "crap music"".  Whenever one of their songs come on the radio I think of him. 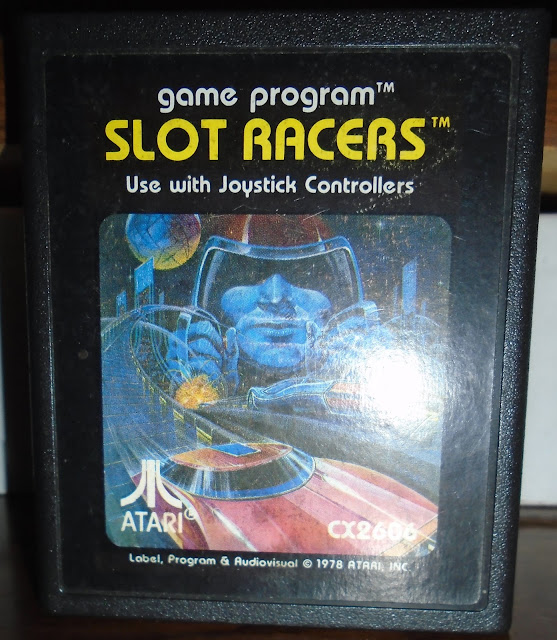 Another interesting find was this Atari game.  It's interesting because I never remember us having it.  We once had land at the Lake of the Ozarks with a trailer which we left our Atari and games there for something to do when we would go.  One day we were robbed and they took the Atari and all the games.... minus one.  They robbers didn't take the Strawberry Shortcake game.  We thought it was kind of funny they left it behind.  I don't even remember them stealing anything else to be honest.  There wasn't much to take but still.  It was in the trashy part of the lake, and yes there is such a place, just Google "Ivy Bend".  We sold our lots a year or two before dad passed and I'm glad we did.  It was fun going there at times, but I don't think I'd ever go these days. 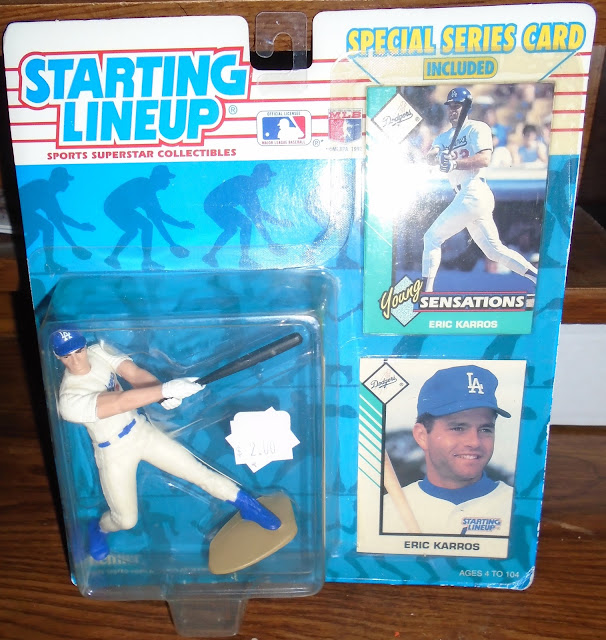 I know I showed the before, but figured I'd show you that I opened it.  I scanned the cards as well. 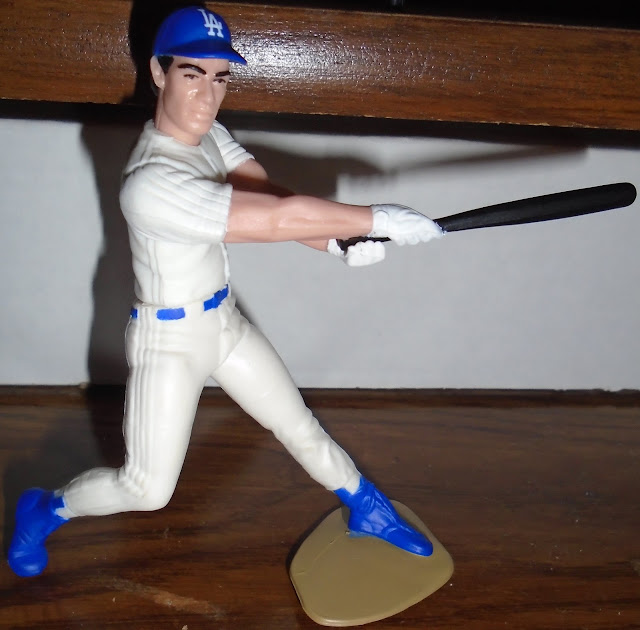 I don't remember Karros' eyebrows looking like that, but oh well.

Now I can scan them for the Trading Card Database, if I ever get around to it.  Also as a bonus, my mom found a Ken Griffey Jr. card with stuff she brought back from storage.  SCORE!

The back of the cards.  Thought plain, I do like Kenner's attempt to making decent looking cards.  On the right is the Griffey card I guess I got in a box of Ritz crackers.  Maybe some Oreo's but, Ritz is more likely.  It's a nice card to add to my Griffey PC.

Lastly is something I likely posted before, but figured I would again since he has a birthday coming up.  Ric Flair turns 70 this year so I figured I'd post this. 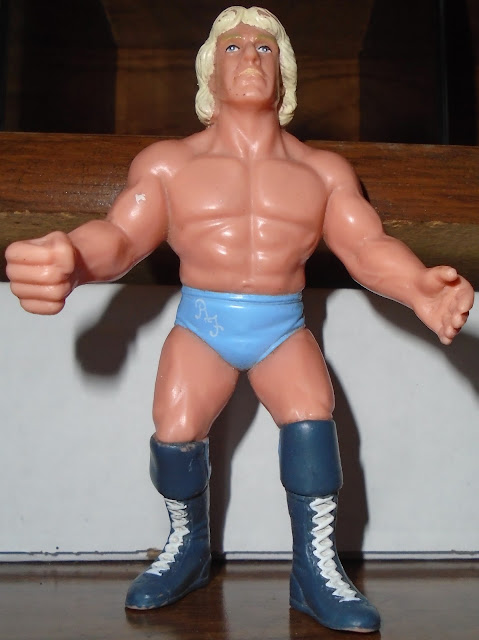 WHOOO!!!!!  This is from 1991 or so, so its incredible its in such great shape.  Even more so since my mom and sister bought it at a garage sale many years ago. 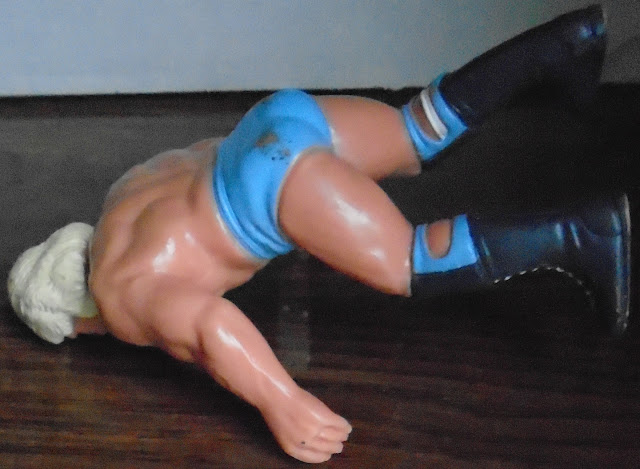 He can even do the Flair front face drop he is usually famous for.

So that wraps it up for today, I know not much cards, but this was to clear out scans and pics and to just post something.  I haven't done a lot lately in way of cards, but spend a few days sorting some.  I hope to do more this week.  Maybe I'll post soon, but don't hold your breath.  I do like to post at least once a month though, so I should have one by the end of March.  Thanks for reading and have a great day.