'Tis The Season... for Baseball and Wrestling

While a cold front is coming this week, its currently 75 or so outside, and that means Spring is here.  Which means baseball is back, and Wrestlemania is upon us.  Actually both have started (and I think 'Mania is finally over after a 94 hour show) and I'm behind on the times.  Honestly I didn't think about posting until I did a little cleaning and found something to display, then took a picture of and thought I'd share on here.  Really, I've already posted on twitter, but eh, why not do a blog while I'm somewhat in the mood. 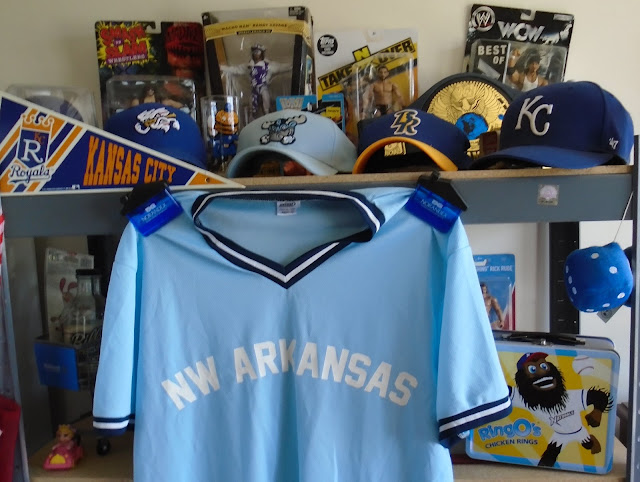 I'm pretty sure most of this has been featured at one time or another, but I thought the layout is nice.  It reflects the Royals and MOST of their minor league teams.  The Northwest Arkansas Naturals jersey was a stadium giveaway I found at my local second hand store.  The caps are the Omaha Storm Chasers, Burlington Royals, and the Wilmington Blue Rocks.  Now if I can find an Idaho Falls Chukars, Lexington Legends, and the Arizona Fall League (not sure if they have caps), as well as a cap for the Naturals, I'd be set.  I try to rotate which one I wear out in public, but most of the time my Kansas City cap is worn most the time just because I'm trying to make it look a little worn.  People actually called me a bandwagon fan when I bought this one new in 2014.  If they only knew, plus I'm sure a lot of them aren't rooting for them right now.  At times I'm a bit weary of listening, but I still do.

So since I'm talking about baseball, I thought I'd show some cards I bought I guess more than a couple months ago at Savvy Seconds. 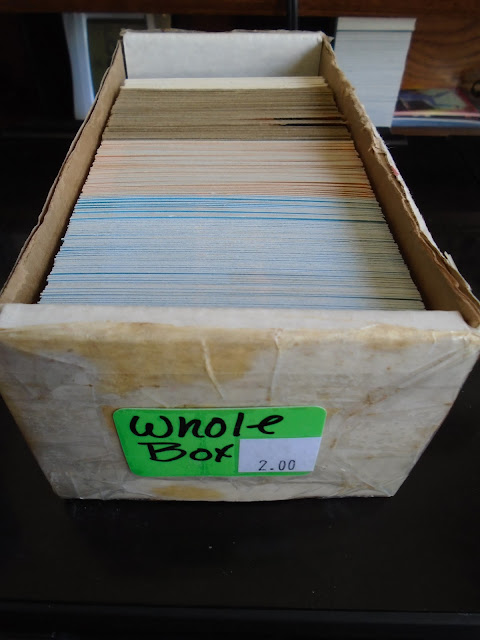 I saw the price and was curious.  It was behind their glass so no idea what was in it. Well... actually I knew what half of them were.  This is after I went through the box, and here's a different shot and how I saw the box at the store. 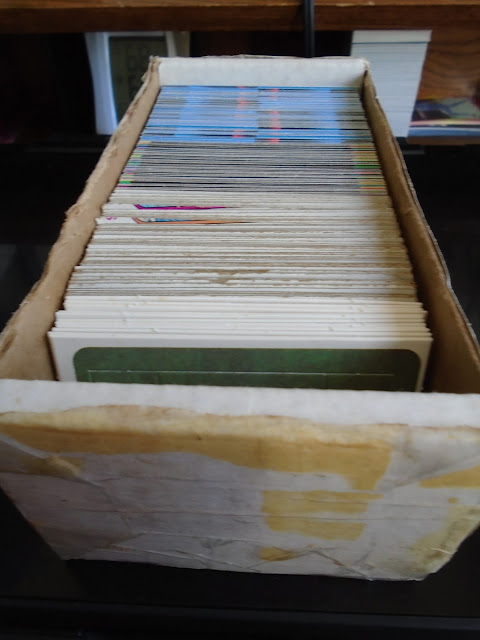 I saw some 1988 Donruss cards and some puzzle pieces.  However what caught my eye was the cards that looked miscut and old.  Turns out they weren't baseball, but they will be a future post, likely my next one.  Its a good one.  So let's have a lot of photos and show off what was in this box.