Man how I so want to do a blog of nothing but Britney Spears songs and talking about how I used to be a huge fan.  But, alas, that isn't what this is about.  Today's blog is going to talk about how I messed up.

Since the mail debacle a couple months ago, I really haven't been into cards as much... or blogging... or anything.  Also throw in the fact that around the same time Listia changed their currency program and I lost interest in the site.  So the last couple months I've bought some random packs at my local c-store and found quite a few cards from my local second hand store.  My desk has been filling up and I've neglected it so I decided to tackle it and scan some stuff and clean it up.  The good news is I all my cards are fine.  The bad news is that they are so scattered I don't know where I got from where.  Obviously I know the 2018 cards, but the older ones are a giant cluster.... you know.

Good news though is that I have some scans to show and since the cards didn't go anywhere I can still scan them and show them off.  So hopefully in the next few weeks I'll be posting some stuff.  As for today, lets look at stuff I scanned already and show stuff off.  Here goes. 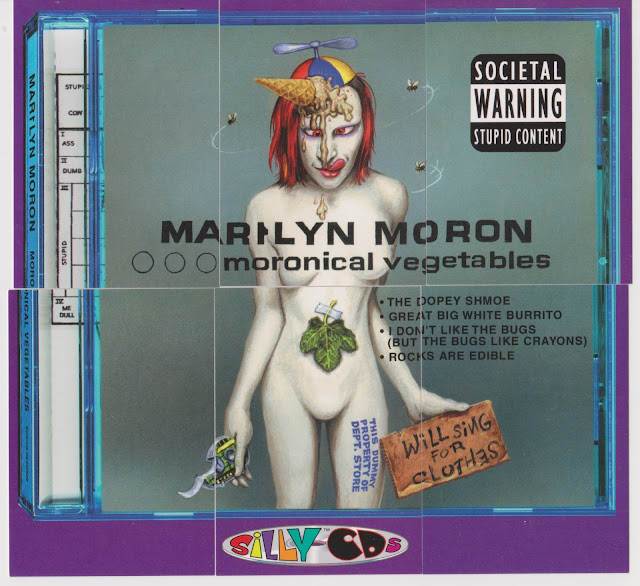 Since I got the complete set of the Silly CD's cards last year, I've kept an eye out on the puzzle pieces.  I got this on Listia and its the complete puzzle for Marilyn Manson, so its a nice addition and almost doubled what I had for the set.  Six puzzles each with six cards, so knocking out one complete one is nice. 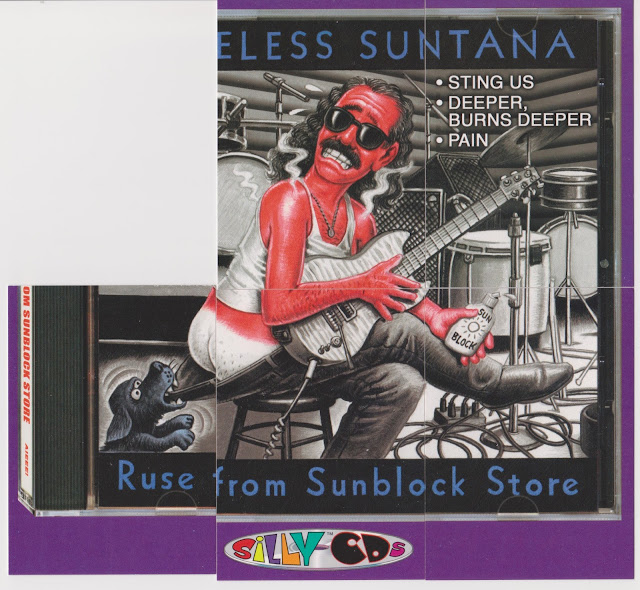 The same seller had this one too and I had all but one piece for it, but since I wanted to use up my points I figured I'd go ahead and get it. 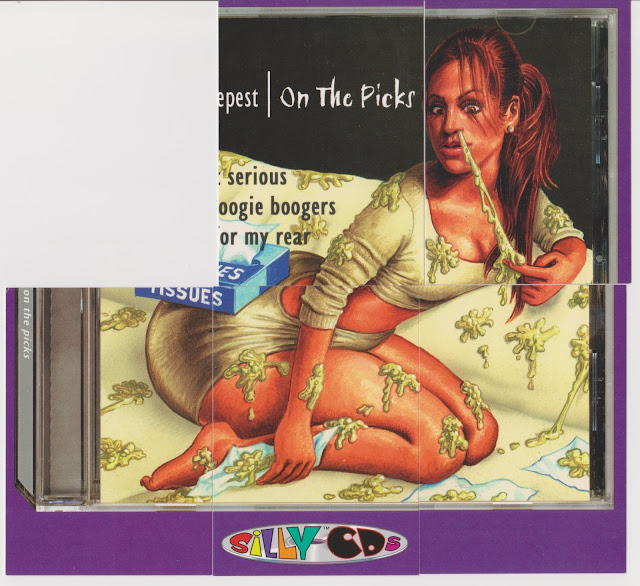 Same seller also had this one.  Good thing is I didn't have any of these pieces, so it adds up pretty quickly as have half the set.  Not just need to finish this one and get most of the Dixie Chicks one, then its just two more sets I forget what they are at the moment and I'll have the set.  In fact I think I'll have all the inserts and base set so it will be done. 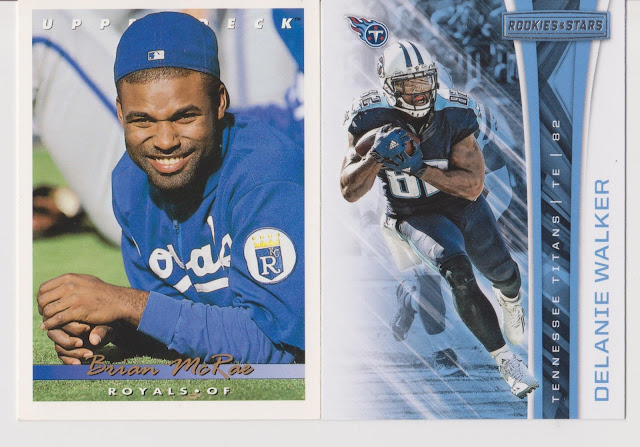 Found a couple random cards cheap on Listia as well.  I didn't have the McRae so it was a nice add.  The Walker card I got because he went to college at the University of Central Missouri, so I collect a few of this cards. 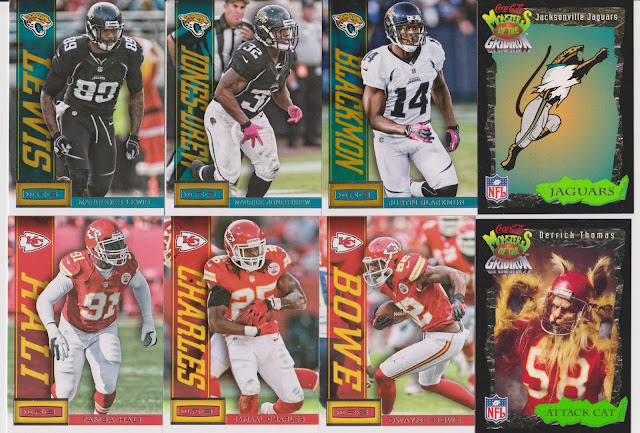 Another couple lots I won on Listia, I got them mainly because of the Monsters of the Gridiron cards.  Though the Chiefs ones I'll slot into my collection.  I need to see what I have left in finishing that Monsters set.  I still have the unopened pack of the entire set, but still want to finish hand collating the set myself. 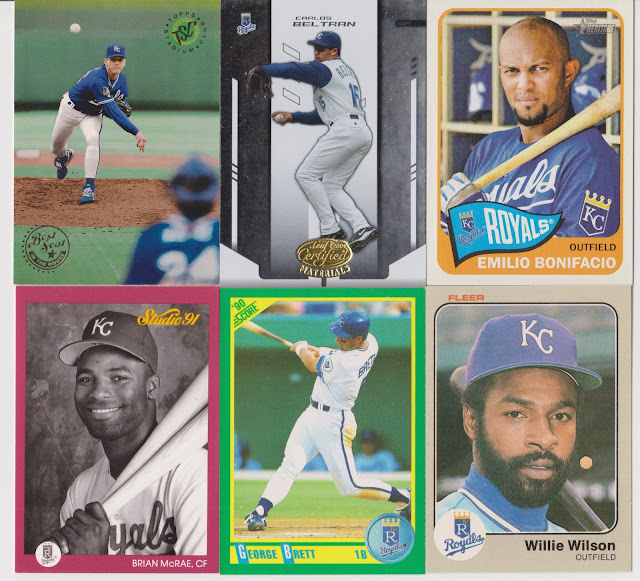 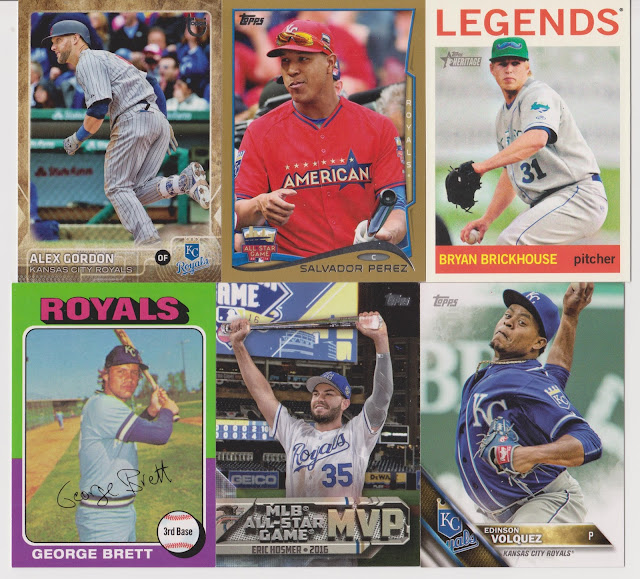 Now I feel bad.  I can't remember where I got these.  I don't know if I got these from someone or if I bought them off Listia.  The Brett card is a Berger's Best, but I still like it.  I may have had these for a while too, I forgot.  Its another reason why I need to organize better and hope I get back to it soon.  Overall not a bad lot of Royals cards, and if you are the one who sent them to me, I really apologize. 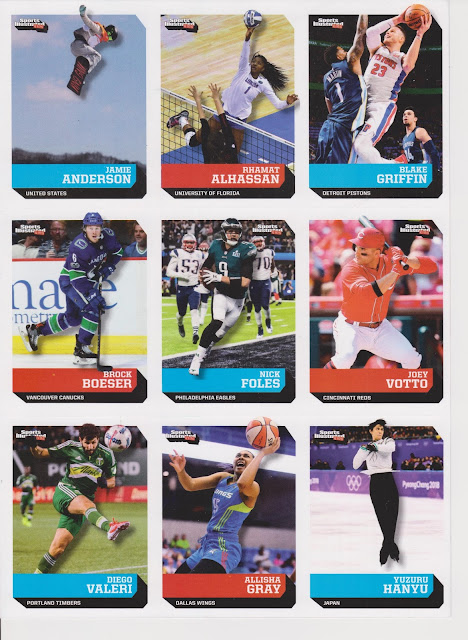 Last scan is some SI For Kids cards.  It's not the most recent one, but still from this year.  Usually I find a couple I like, but this one was a little lacking to me.  It did remind me though I needed to renew my subscription, so I hope I don't miss any issues between reordering.  I did get the newest one, so I'm set for now.

So with that I'll wrap it up.  I have more to scan, and more to organize.  Thank you for reading and have a great night.