Still in the process of cleaning but I did manage to make a trip to Dollar Tree and my local second hand store, and since I have the pictures nearby, it's time for a Savvy Loot Box!

So since I haven't done this in a while, let me explain.  I was always envious of the various loot boxes you can buy with random stuff, but never wanted to pay the 20-30 or more plus shipping for boxes that may or may not have stuff I like.  So instead when I make purchases at my local second hand store, Savvy Seconds, I calculate the total and then post it.  For this trip I am including my trip to Dollar Tree and one purchase I made at Walmart (I have another purchase I hope to post in the near future but need to scan first).  In total, all of the items on this trip (minus the future post) totals- $8.93.  The biggest purchases were from Dollar Tree and Walmart, so just counting Savvy the total is only $1.45.  I think I did pretty well.

Let's start with the Walmart purchase just to knock it out. 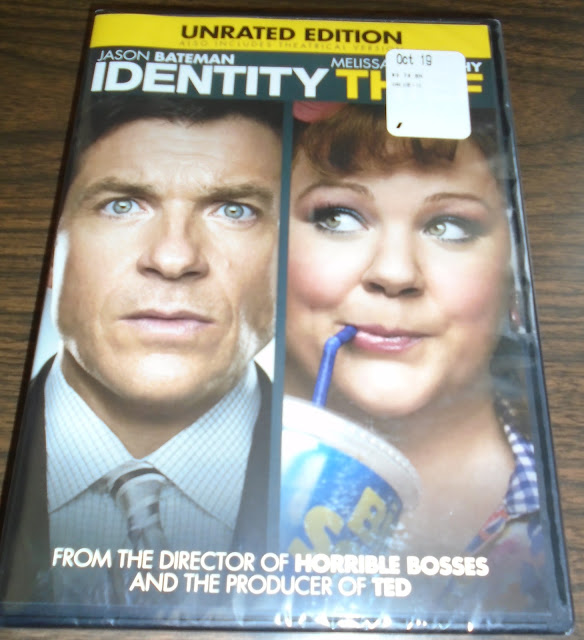 I found this in the $3.74 bin and its one I've wanted for a while.  I was hoping to find it on Blu Ray at some point and maybe with a digital code, but I went ahead and got it because I watched it on TV recently and realized I liked it a lot more than I remember.  I would be happy to find it at Dollar Tree for a buck on Blu Ray one day, but for now, this will do.

Speaking of Dollar Tree and Blu Rays, I bought some movies there as well.  In fact it was the biggest reason for the trip.  I've known about a new batch of movies for over a week but was never able to make it there until I went on Tuesday.  I found out that they actually just set the movies out on Monday and by the time I got there it was mostly picked over.  I still found a few good ones. 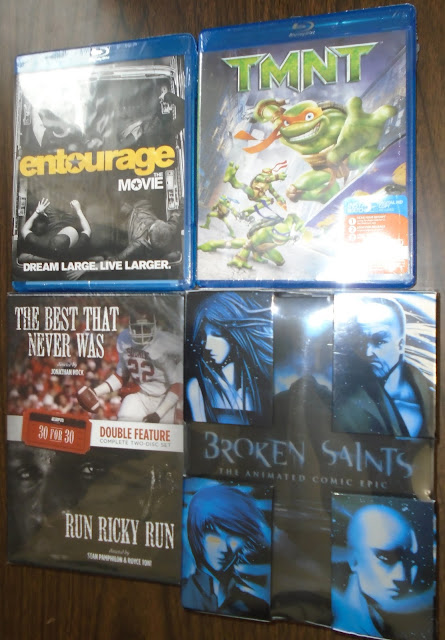 TMNT isn't one I really needed, but my nephews had it on DVD and its really scratched.  I don't remember really watching it because I like the originals much more, but for a buck I went ahead and got it.  The code on the front was expired and beyond reading, so I didn't get it on digital, but I'm okay with that.  Entourage The Movie is one of the ones I was looking for.  I've never seen it but really liked the series, and wanted to know how the movie was.  I was very happy to grab a copy.  The Broken Saints DVD isn't really my thing, but it is 10 hours of content and I believe 5 hours of extras.  I can give it a shot for a buck.  Finally the ESPN double feature was one I could have passed on, but The Best That Never Was is a really good documentary and one I'm glad I now have.  I don't know if I've seen Run Ricky Run, but I'll watch it at some point.

I passed on a few more movies, mainly because I'm not sure if I'd ever watch them and I should cut back until I watch some that I've bought.  I passed on a random middle season of Community, and 3 Twilight movies.  If the first Twilight movie was there I would have got them, even though I've never seen any of them.  I'm sure future shipments will have all of them, but oh well.  Maybe someone who loves the series will see them and get them.

So now let's get to the Savvy Loot.  If you thought the movie portion of this post was over, you are wrong.  I've spent some time recently working on converting my VHS tapes, and just yesterday watched six hours of wrestling (1987 Starrcade and 2000 Souled Out from WCW and a random Shawn Michaels best of that had cut matches) while I was converting them.  As I make progress, I usually end up buying more.  So what did I get? 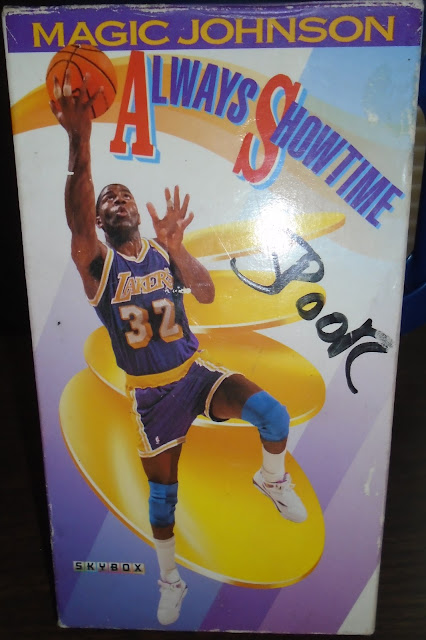 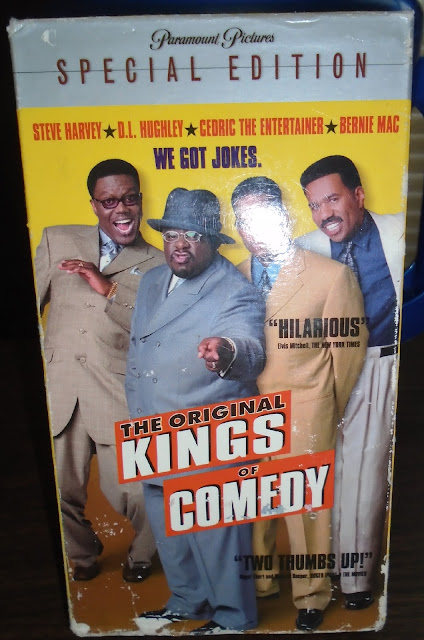 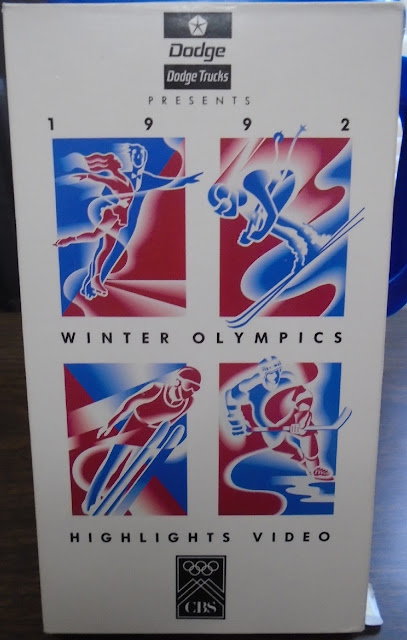 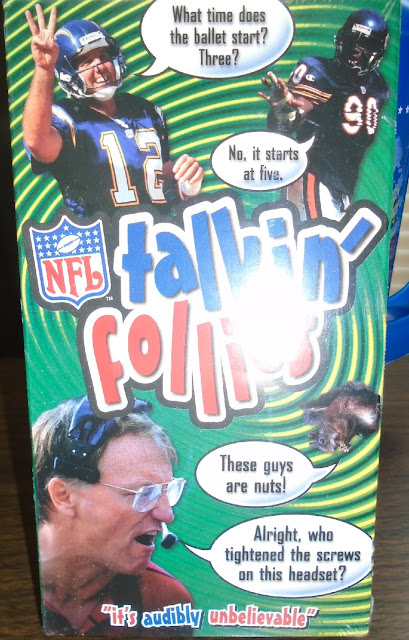 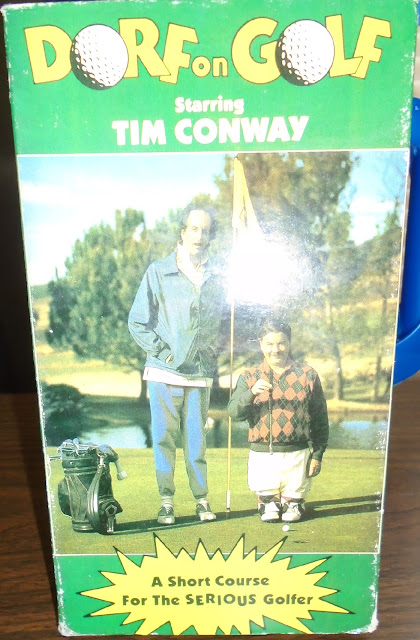 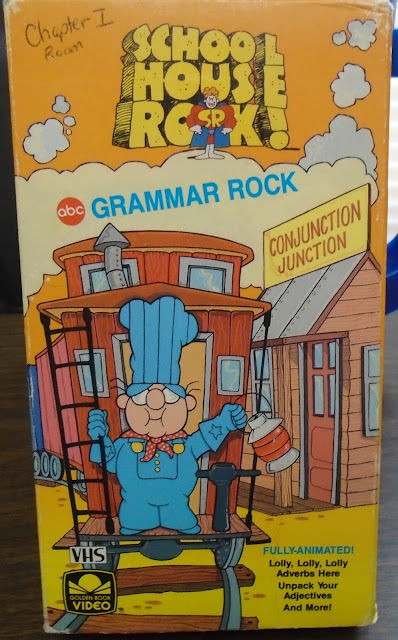 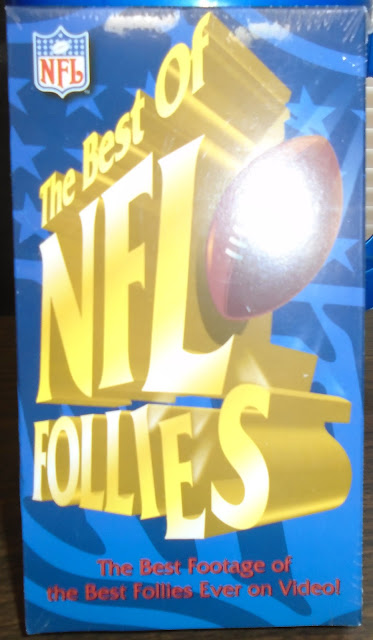 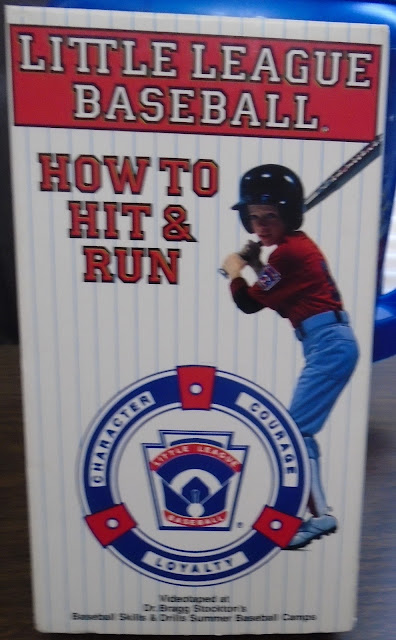 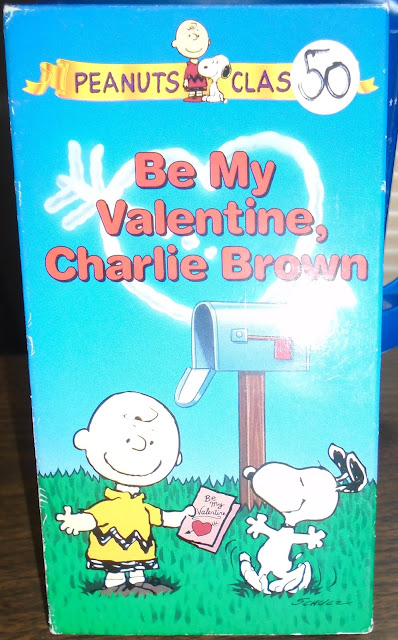 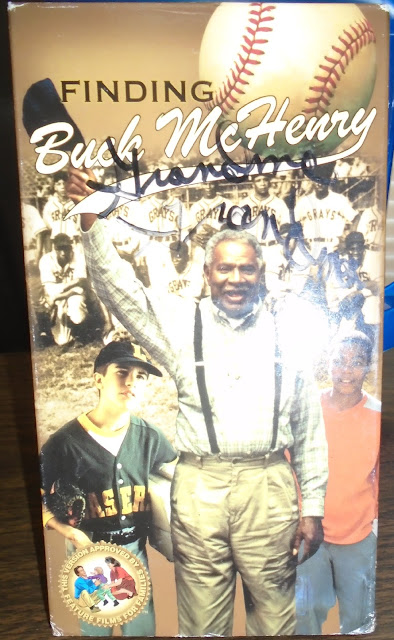 I don't have a cell phone so when I go I can't look up if any of these have value or are on Youtube.  That's why I usually stay away from feature movies, ones that could be on DVD and stick to oddball stuff.  Usually the bloopers are all on Youtube, but I can't resist.  This time though I realized a good portion of these AREN'T on Youtube, or they aren't the full version, so I may spend some time on these.  To me the biggest get was the Magic Johnson Always Showtime and the Schoolhouse Rock.  I know the Schoolhouse Rock is on DVD, but I was excited to find it.  I should have passed on some of these, but I'm okay that I didn't.  The Charlie Brown one was pretty good.  I hadn't seen it before, but I liked it.  The Olympics one IS on Youtube, but I haven't watched it yet.  The Kings of Comedy I got because I needed one more, and I just watched a documentary on Bernie Mac so I wanted to watch it again.  Talkin' Follies is still sealed, but not on Youtube, so I'll wait until later to watch that one.  The Dorf on Golf is on Youtube, and as much as I liked Tim Conway, I can't get into it, but I'll finish watching it.  I like the instructional videos on sports so I usually get those.  Maybe one day I'll put them all on one disc and let my friends who have little ones watch them.  The NFL Follies one is also sealed but I'm positive its on Youtube.  The Finding Buck McHenry one I got because I remember seeing it once in elementary school and I wanted to watch it again.  At worst, finding it for 10 cents and never seeing it again isn't that bad.  I hope it will transfer.

The Schoolhouse Rock tape was interesting.  Someone actually transferred it to a 6 hour tape, but put the original stickers on the tape.  Once that episode was over, they didn't add anything else to the tape.  So its a 30 minute video with 5 1/2 hours of free space.  I'm not sure what to do with it, but its basically a blank tape, so I might hold on to it in the rare case I need it for something. 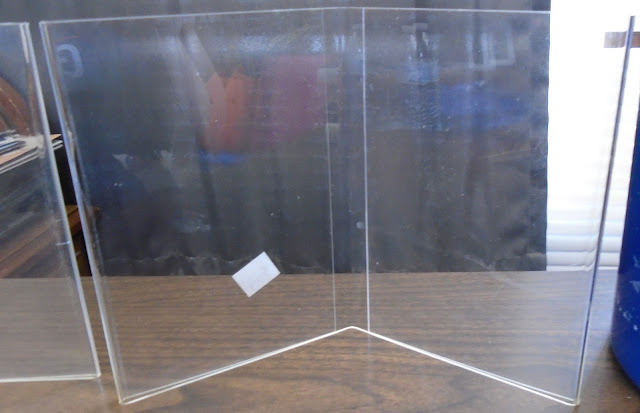 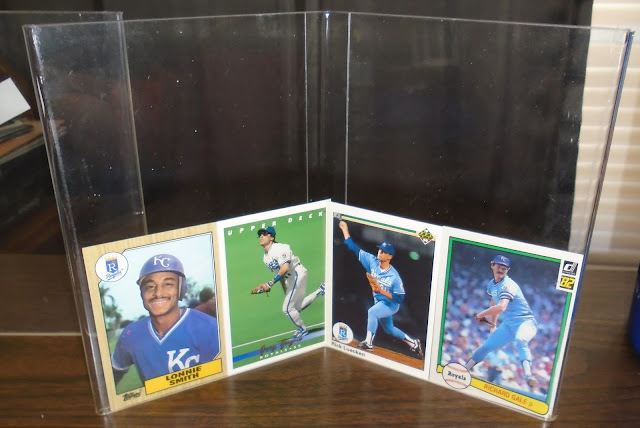 At ten cents each, I though I could display cards.  When I tried it out when I got home, I wasn't so sure of the idea, but I can still use them for photos, so its not the worst thing I've blown money on. 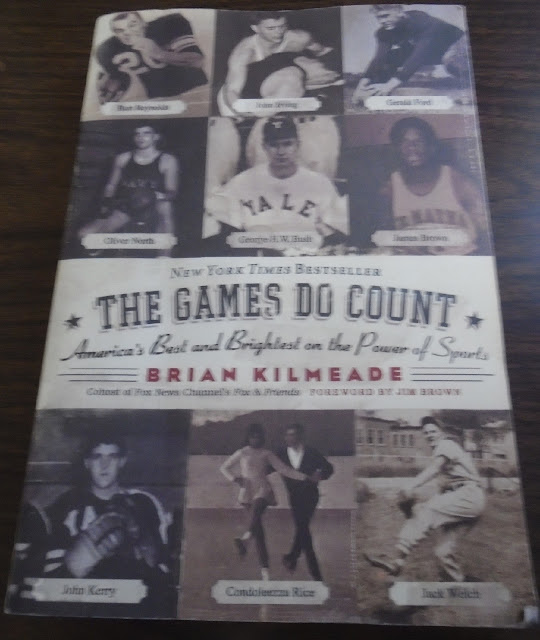 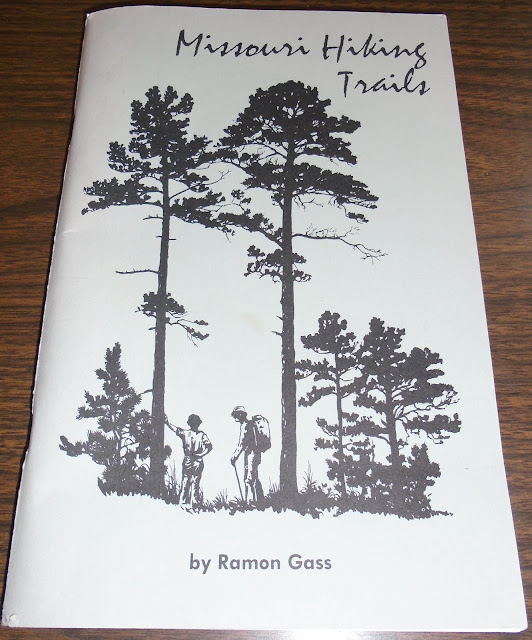 My mom bought some books, and she showed these to me, and I figured why not.  10 books for a quarter, so I'll just say a quarter for both of these.  However at checkout we were informed books as of now are 25 for 25 cents, so maybe next time I'll look a little harder.  As for these books, the trail one is an older book that I don't think the Katy Trail is in it so it was published in the mid 80's.  That could be a cool history book.  The other one I didn't look at too close or I would have passed if I saw it was written by Brian Kilmeade.  I'm not a big fan of his, but oh well.  He is one of the morning show hosts on Fox & Friends.  My reason for not liking him is not political, I just don't think he's that bright, so it could be an interesting read after all.

We decided we'd just pay a quarter for 10 books because we wanted to get home, but like I said, next time, I will spend more time looking.  I did see a couple Matt Christopher kids books I thought about getting and might if they are still there.

So as we were leaving I looked in the free toy bin.  I didn't find anything worth grabbing, but once outside I looked in the shopping cart of free stuff.  This is mostly just junk but I've scored a few good items in the past so its always worth looking at. 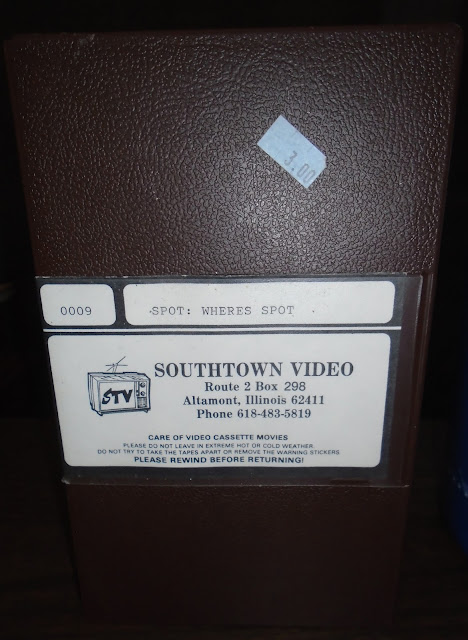 To be honest, I really just grabbed this because of the case.  I miss video stores.  As for the tape, I was surprised to see a Disney movie for free, so that was a plus.  I think its even on Youtube, and you can't pass up free. 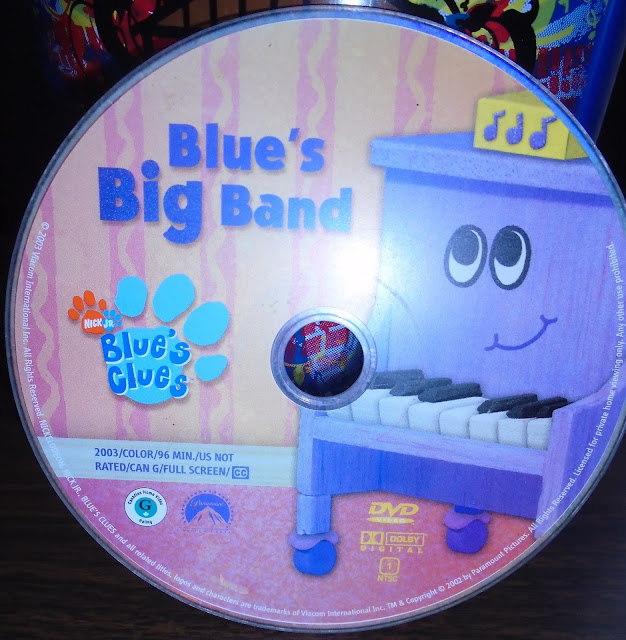 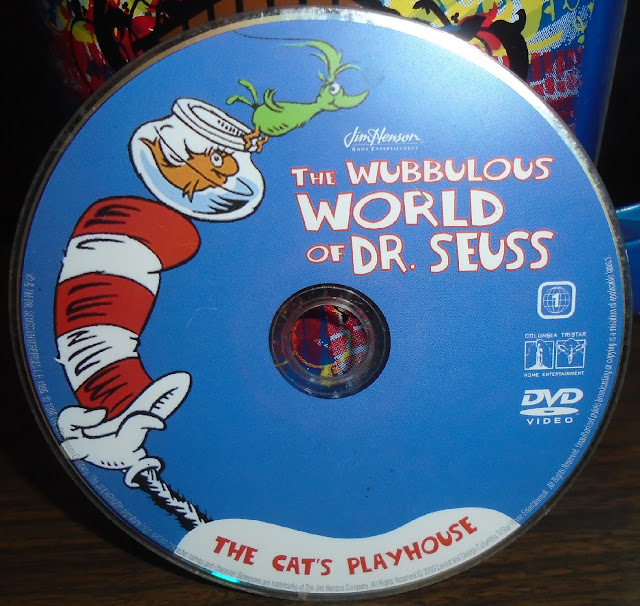 Why would I get these?  I don't know.  I figured at worst maybe a friend might want them.  I didn't really get a good look at them because I just grabbed them as the bag I was holding was full of books.  They seem pretty scratched as expected, but I think they can be fixed.

The best however was something I found for my mom. 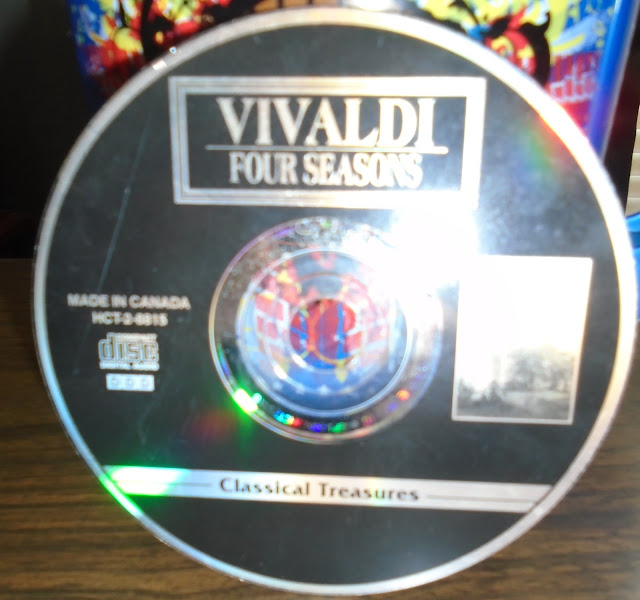 I'm not into classical, but we played this in the car on the way home and it wasn't too bad.  The disc never skipped, so I guess it was free because it didn't have a case.  Which is odd since they usually put them in blank cases and still sell, so maybe this was part of a set.  At any rate my mom liked it, and it might have been the best deal of the day.

So that wraps up a Savvy Loot for this time, I still have more to show once I clean my laptop up more.  Thanks for reading and I hope soon to have another post about the other Walmart item.

By the way the Super Bowl is this weekend and I haven't talked about it much, but I'm very excited the Chiefs are playing in their first one in 50 years.  I'm staying calm in case the game doesn't turn out like I hope, but I really want to see the Chiefs win.  If they do, I might have a post about that coming up.  Anyways, thanks for reading and have a great day!