It seems every day that a celebrity passes away.  Their level of popularity varies but to those who are fans, they are saddened.  While some are expected, such as Betty White earlier this year, it doesn't take away from the sadness when they do pass.  Others are unexpected like Bob Saget or Taylor Hawkins of Foo Fighters, and the sadness is there as well.  Today I was saddened to find out that Fred Ward passed away on May 8th, which also saw the passing of John Cherry, III.  Cherry by name won't be noticed but he was the creator of the Ernest character which Jim Varney played to perfection.  Cherry even directed most (if not all) of the Ernest movies and probably shows and commercials (those commercials are a fun rabbit hole to check out on Youtube.  As for Ward, if the name doesn't ring a bell maybe his resume of movies might- Escape From Alcatraz, Remo Williams, Tremors, Naked Gun 33 1/3, Joe Dirt... the list goes on.  Ward to me was most famous for Tremors as the man opposite of Kevin Bacon.  Ward actually was in Tremors 2, but that was enough.  He didn't want to appear in anymore unlike Michael Gross who I think at last count has been in 7 of the movies as well as the TV series (yeah, it was short-lived).

It always interests me as a collector if a celebrity has a trading card.  For Cherry, I'm not surprised.  For Fred Ward, I was.  According to the TCDB, he only had one card which I think was a cut autograph and there was no picture to see on the site.  I wish they made more Hollywood sets especially of actors who don't appear on much cardboard.  So I decided I would make a custom card of Fred Ward.  Then I found a couple more I thought I'd make cards for even though one I know has cards.  Then I made a surprise card which nobody was yearning for.  It won't be a long post I promise because I don't have much more to add other then why I chose them.  Let's dig in. 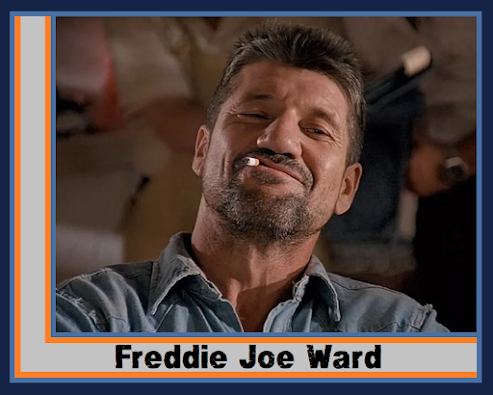 I already explained the why.  For this post I chose their full legal names, I'm not sure why.  The design is one I had laying around from the past which I tinkered with.  Maybe if I get the desire to make more I'll come up with a new design or two.  The photo is from the movie Tremors, and its the image I think of when I hear Fred Ward. 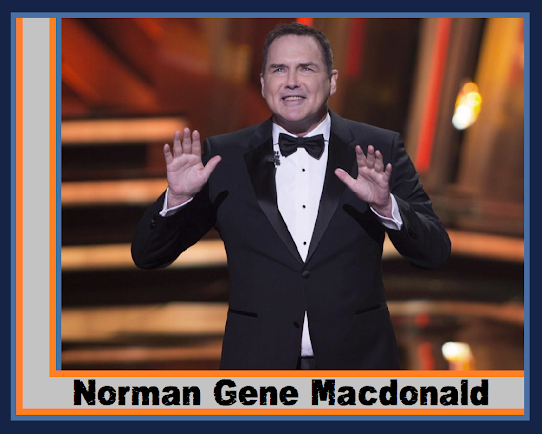 I always liked Norm Macdonald so when I heard of his passing, I not only was surprised, but also sad.  I didn't look up to see if he has any trading cards, but I figured I'd do a digital custom.  I made these so quick I just realized I didn't put my logo on them.  So if you see them on Ebay, just know they are fake and I'm not selling them.  I never print mine out.  Anyways, Norm secretly filmed a new comedy special before his passing and it looks like Netflix will release it at the end of the month.  So I says...so I says....so I says to them... so I says... I gotta get Netflix.  Or a crac.... (I better not finish that, most people think this is family friendly).... um you guessed it... FRANK STALLONE!

Actually before I go on, first I'm sorry for the babbling there, I just like Norm.  Also wanted to say I watched Dirty Work for the first time the other day and I liked it a lot more than I thought I would.  I think the idea of Artie Lange in it turned me off, but it was quite funny.

Only a couple more, this next one has had cards I'm sure. 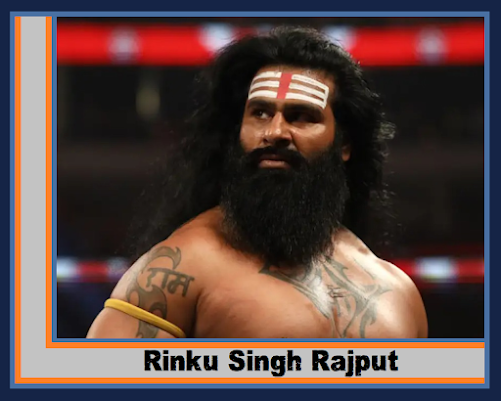 Known to many as Rinku, he became known as one of the guys portrayed in the Disney movie "Million Dollar Arm".  He pitched for the Pittsburgh Pirates farm clubs, but by 2016 was out of baseball.  He found a new profession a couple years later when he was signed to the WWE.  Now you can see him on Monday Night Raw where he wrestles as Veer Mahaan.  I don't know why I decided to pick him as a subject other than to let people know what he's up to today in case they didn't know.  I don't think he'll be a world champ, but I do like how they are presenting him right now so I hope he does well.

Well, that's about it.  I did make one more card and it was low effort and I really hope this one doesn't make it to Ebay, because this is one that nightmares are made of. 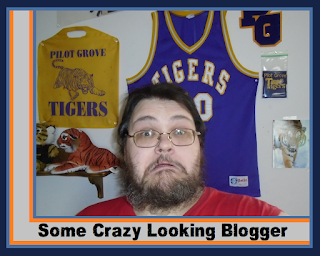 I'm not even making it bigger.  I took a photo that I planned on a before and after for Facebook, but never posted the after (I took the pictures, but eh, who cares).  I don't usually grow my beard out long so I wanted some documentation before I cut it.  I made a somewhat funny/scary face that I couldn't replicate on the after pose, but oh well.  The favorite part of the photo is the background.  I made a wall showing my pride of my town and school.  That isn't a jersey I wore, but someone was selling it a few years back and while it would look better shadowboxed, it looks fine as it is.  Maybe one day I'll show the entire wall which shows the pennant as well.

That wraps it up for tonight, I just whipped together some customs and figured on a whim to post.  Sometimes its fun to do.  I had an idea of an Ebay post the other day but then lost interest.  Maybe I'll do it again soon.  I've also considered a new blog showcasing my non card stuff like movies, books, and music, but I haven't got too far and not sure if I will. At worst I'll just post the stuff here.  Until I figure it out, its a work in progress.  So thanks for reading and have a great weekend.