At this point my music listening has been mainly whatever is on the radio and it seems like its the same mix of songs everyday.  Classic Rock stations play the same 45 songs, the Jack FM format plays about 30 or so (at least I only hear 30 because they have the most annoying commercials ever) and after that I just turn it to Miami Vice on Sling (I don't know what I'll do when the trial runs out).  So recently I made a trip to my local thrift shop, Savvy Seconds, and was on a mission to find some CD's.

I always look everytime I go but the last two trips I had more of a focus on it.  I was hoping to find something different or new.  I have a crap-ton of music on my hard drive  so some days I do listen to stuff on there, but its so mixed up I usually only listen to the same songs.  So I needed to find something new.

I found plenty to show off and listen to.

Oh, wait.... It's a post 2000 Bon Jovi CD.  Not nearly as exciting, but it does have a couple good songs (well 3 if you count the remix version of one of the songs).  Who Says You Can't Go Home (2 versions) and Have A Nice Day are on this album so for 50 cents its worth it.  Anymore if I find 1 good song on an album its worth the 50 cents, I mean Itunes charges a buck, so it works out better.  Though I also blindly buy CD's and take the risk.  A 50 cent risk isn't too bad I think.

So what else did I get? 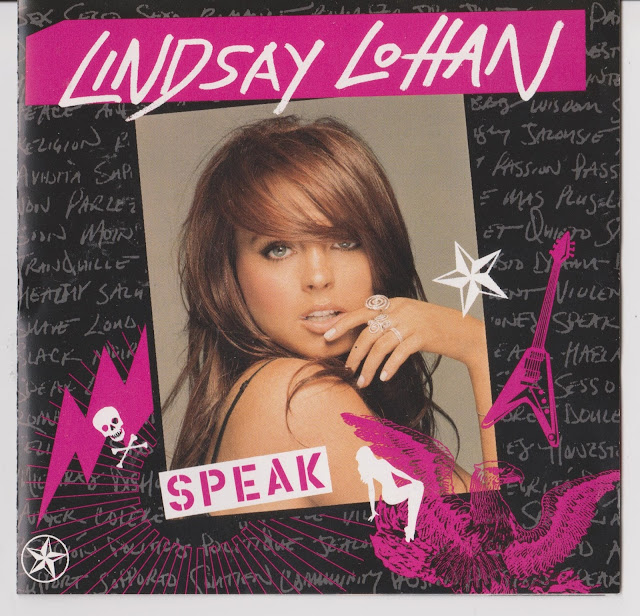 Say what you want, but I liked Lindsay Lohan's song Rumors.  It is included as a bonus track so it was worth 50 cents just for that song.  The rest I might like or I might hate, but it can't be much worse than anything on the radio today. 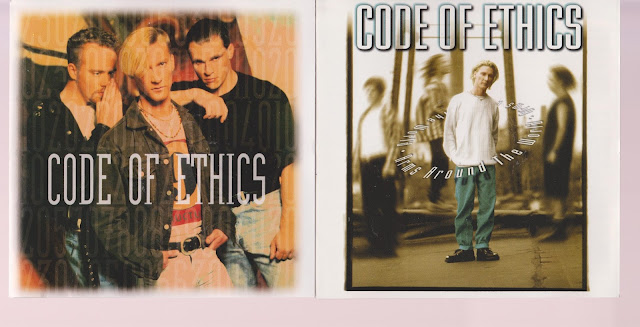 I was pretty happy finding these.  Code of Ethics was a Christian band from the 90's and while I remember hearing their name quite often, I couldn't remember any of their songs.  The reason I was happy though was earlier in the day I was going though my music folder on my hard drive and clicked on the folder Code of Ethics.  I was disappointed to see it was empty.  I've lost a lot of music in recent years due to hard drive crashes so I think they were a victim, I just don't know why I had a folder.  However now I have two albums to listen to.

Speaking of Christian albums, a family must have deep sixed their CD collection, because I found more.  I have an Erin O'Donnell CD but this was one I didn't have and possibly her debut album.  I got it because I liked her sound.  I've listened to some of this album and it isn't as polished as the one I have, but I'm not disappointed.

Charlie Peacock is another Christian artist I've heard of many times but can't remember any songs.  I've never owned any CD's so I figured I'd pull the trigger.  I haven't listened to it yet but hope to soon.

When I was heavy into Christian music, I LOVED Sampler CD's.  Usually 3 bucks or less or free with a CD purchase they had mostly artists you knew but songs that were either new or they pushed so you could buy the album.  This one I never saw before but there weren't a lot of Christian bookstores for me to choose from so I know I missed a lot.   This particular one as seen on the cover has some pretty good names.  Newsboys, TobyMac, Superchick, and Stacie Orrico were staples in my CD player around that time.  I listened to the others, but those were my go to.  I didn't listen to much of Out of Eden or Jump 5 because I didn't own any of their CD's.  Maybe one day I'll buy a bunch of Jump 5 CD's.

This other CD is called Pray For Rain, and is by Pray For Rain.  I never heard of them and I have zero expectations for it but the cover alone was interesting and that was enough for me.

Hmm, I guess I won't have to wait until one day to buy some Jump 5 CD's.  That day is today!  The best way I can describe the group is just imagine a Christian version of the Kidz Bop CD's.  But with singers that are really trying and are putting full effort into the recordings.  I mocked them when they came out because they were young kids and I wasn't really in their age demographic, however their songs were solid.  They did a ton of cover songs though and I think that's why they were successful for a while, but also why they never made it further in the industry.  The top two were studio albums, the bottom left one is a compilation of their hits, and the bottom right is a Christmas album.

Though it kinda sucks to only get 4 albums from a group named Jump 5.  Unless you count that other one they were on, but I have that covered too.

The VERY BEST OF JUMP 5!  Sure I could have just bought this and passed on the rest, but hey, I'm only about 4 albums away now from their entire catalog, so I have something to shoot for now.  The first track is an original song called Spinnin' Around and it might have been their first song released.  It's actually pretty good for the genre, and I think its worth a listen.  I'm not in the mood to post a Youtube link, but when you have free time its worth wasting some time on.

I bought some other CD's too that aren't by Jump 5.  One was a total crapshoot.

I never heard of Landau Eugene Murphy, Jr. before but the cover as simple as it is caught my eye.  I looked at the track listing and I was even more intrigued.  Those look like Frank Sinatra songs.  This could be either a really good find or a really good drink coaster.  50 cents I have to take that risk, after all as the album title says, That's Life!

Well if you need a drink coaster I have a suggestion.... Don't use this CD!  This was an outstanding album.  This CD probably has enough solid songs on it that it was worth paying 5 bucks for.  I got it mainly as a risk and at best hoped my mom might like it, and she did.  I ripped the CD and I might just listen to it as well.  I'm going to have to look into this guy some more.

So one more CD, and at this point all these CD's were 50 cent's a piece.  Including this last one I spent a total of $7.50 on new and old music.  I think I got my money's worth but its a bit of a stretch to be honest.  So this last CD has to deliver to make this a great deal.

I was skeptical at first of this album because of the plainness of this cover.  It looks like someone might have ripped a CD and try to pass it off as a real one.  Luckily when I ripped it when I got home the ripper knew it immediately and I have no doubt it was a real CD.

Moving on from that, look at this track listing!  Full disclosure I got it only for Yazoo's Situation because I've wanted that song for a long time and now I have it.  Beyond that though, George Michael? Michael Jackson? Prince? New Order?  This was worth like 5 bucks alone.  This is the score of the year so far!

Overall I think I did a great job but now it might be a while before they get more CDs in, but hopefully people will donate more when folks start Spring Cleaning. Not that I need more music, but for no other reason it gives me a chance to possibly find random albums I either always wanted or never heard of before, and that's just as fun as buying them.

Before I go I got a package in the mail a couple weeks ago.  I wasn't expecting anything so I was excited.  When I opened the package I was a bit perplexed. 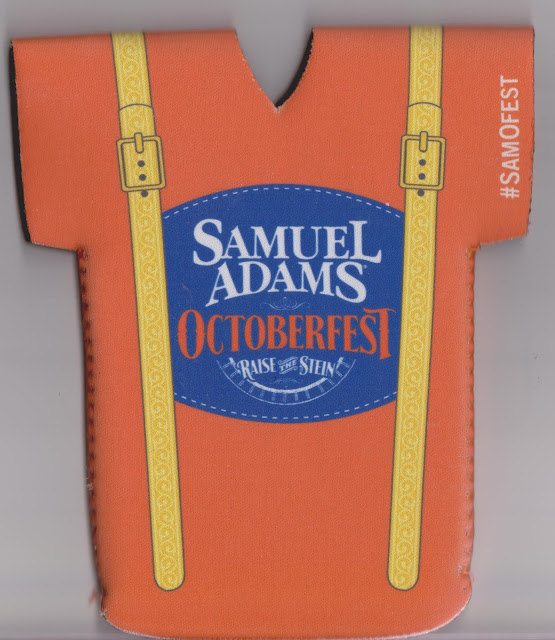 It's a beer bottle coozie.... Where did this come from.  It took me a few minutes but I realized that last fall I entered a bunch of random contests from different companies and I guess I entered one from Sam Adams.  I don't drink but I thought this was cool.  I don't know what I was trying to win, but the next time I buy a bottle of root beer I'll try this out and see how it works.

Anyways, that will wrap it up for today.  My plan for this year wasn't to basically kill my blog but I've always believed write when you're in the mood not to meet a quota, and I just haven't been in the mood lately.  Last year I set a lofty goal of writing more but by the end of the year it became a chore and I hated that.  Once I get back in the mood I'll start writing more, but for now thanks to all of you who have stuck around and continue to read.  Thanks for reading and have a great night!