Savvy Shopping and a Surprise

Its been a while since I've been to my local second hand store, Savvy Seconds.  I am hoping to go sometime soon, but I realized I haven't posted my last few trips there.  Part of the reason is because I've struck out a lot, and the other is because I haven't blogged much.  I thought today I would post my most recent trip, probably a month or so ago.  Before I do I thought I'd show a card my good friend gave me a while back. 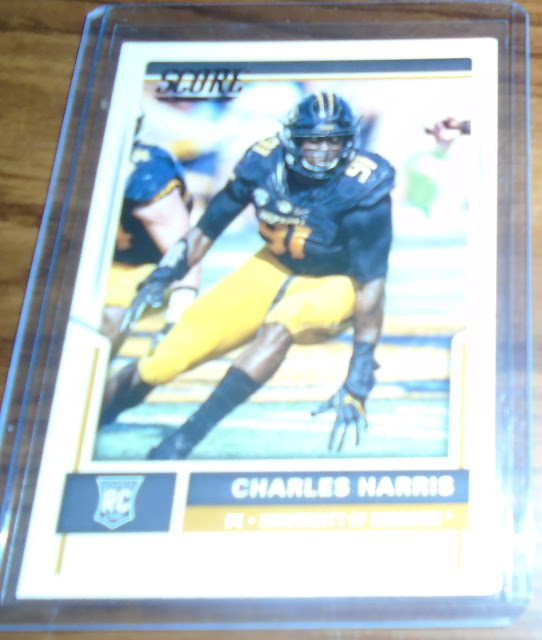 Yeah today's post is all photos so maybe I should have waited to scan them but oh well.  My friend collects every Mizzou football player he can, and had an extra Charles Harris rookie, so he gave it to me.  I've neglected my Mizzou collection lately, but this is a fine addition.  Once I declutter a bit I hope to work on adding more.  Harris could be a big name in the NFL, and I think he's very underrated.  He might have been the only Mizzou player to get a card this year, but I have my eye on a couple other players who played in the state, one of them is Garret Fugate.  I'm watching his autographed card on COMC as we speak, and might pull the trigger soon.

So with that out of the way, what did I find at Savvy's?  Good question, let's take a gander. 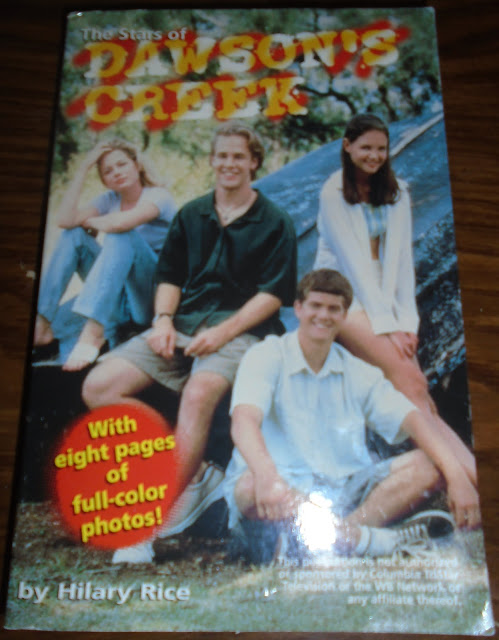 Book deals are there every time I go, and usually you find a lot of worthwhile finds, at least my mom does, but we usually fall a book or two short, so I grab a couple random ones that I have a slight interest in.  This was one of those books.  Since I've gotten it, I've actually passed it off to my cousin who was a big fan of the show, so I figured she'd have more use from it than I would. 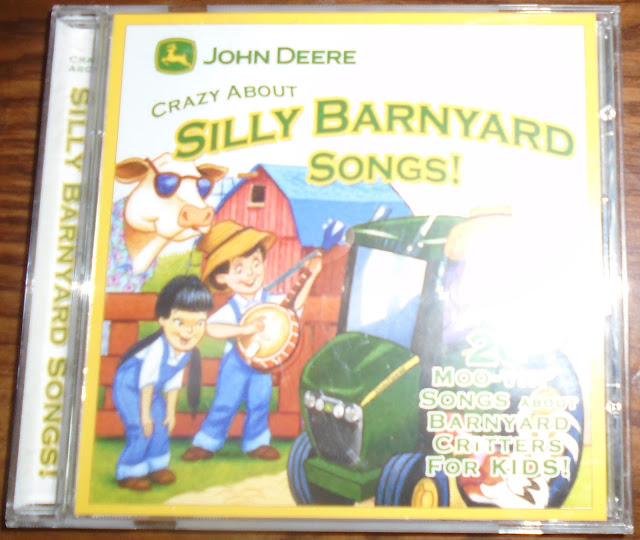 This CD I've also passed on, this time to my friend who gave me the Charles Harris card.  Hey, it can't be worse than those Kids Bop CD's right?  Well.... country-fied version of kids songs isn't up my alley, so I can't say, but he has a couple small kids, and he owns a John Deere, so I think its better suited for them.  He says the kids like it, so there's that.  Now if Sears made a Craftsman CD then I'd be all over that.  However, I think at most it would be an EP and two of those songs would be about bankruptcy or selling the Craftsman name to a rival, so I'm not sure how much I'd enjoy that.

So let's get into items I DID KEEP! 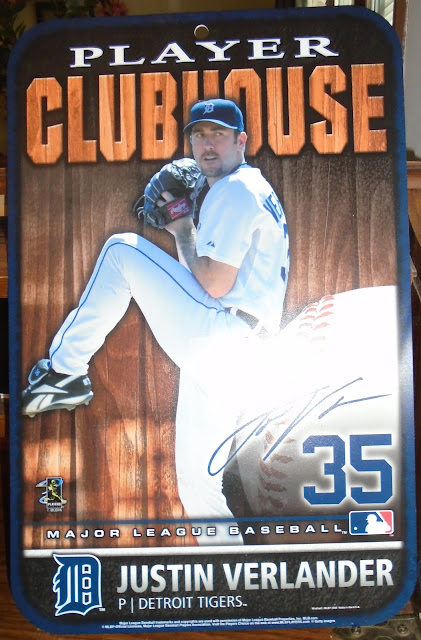 One thing being a Royals fan is how much I hate the Detroit Tigers.  I hate them so much because they have so many guys that I like or have liked in the past.  Alan Trammell, Lou Whitaker, Kirk Gibson (at least he became a Royal), Jack Morris, to even more current guys like Max Scherzer (now in DC), and this guy... Justin Verlander.  I've been a Verlander fan since day one, even though he has KC's number.  He appears to be slowing down a bit, but he's still a guy I'd love for the Royals to get if it came at the right price.  However, this plastic sign/poster did come at the right price, so I snagged it up.  Sure I don't really have a place to display it now, but maybe one day I'll have a spot.  Oh plus I'm a bit jealous of him because he's with Kate Upton.... there's that too. 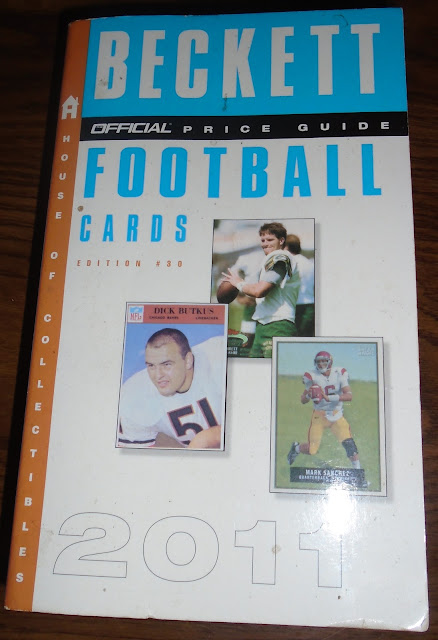 This came out of left field.  I have no idea how many card collector's there are in the area, but even if there are a few, I'm surprised to find a Beckett book from 2011, especially from Football.  If it was from the 90's or something, I would understand, but if there are many collector's around here, they appear to be in hiding.  I also am a bit surprised because if I saw this, I was hoping to at least find some cards for sale nearby too, but there were none.  I haven't really looked at the book yet, but I hope to sometime soon.  I'm a bit curious to see some of the prices in here.

I also have a question for those who visit Trading Card Database.  Should this book be included in the Publications section?  I have really only seen the monthly price guides on there, so I'm not sure an actual book should be on there.  While I'm at it, should the old Red Foley books be in that section too?  I mean cards were inserted, but it wasn't really a price guide.  Maybe I should ask that question on the Database.

Ok, last picture, and its a two-fer.

I was quite happy to find these two CD's while looking around last time.  I always say I should start listening to Christian music again, but never do.  These are a couple CD's that I've always wanted to check out, but never have.  I remember the old Time Life commercials for the Songs 4 Life series that came on TV in the late 90's.  It has one of my favorite Christian songs ever on it- El Shaddai from Amy Grant.  It is a 2 CD set, and it still was only 50 cents.  As for the Rich Mullins CD, I was happy to find it after watching the movie Ragamuffin a year or two ago and became more interested in his story.  Rich wrote one of the biggest Christian songs ever, Awesome God, and had a very interesting life.  He died way too early, and sometimes I'm curious what would have happened if he didn't.  However, I listened to this CD some, and wasn't quite entertained by it.  It also came with a DVD, but I haven't checked it out yet.

So overall I have to say it was a fun trip to Savvy Seconds, and I hope to go again soon, and find more deals.  That will wrap it up for today, thanks for reading and have a great night.  If its hot like it is here, stay cool this week, as I'm hearing triple digit temperatures around here for a few days, and I will find ways to stay cool.  Thankfully I have Netflix, and Ozark is about to be released soon on there, so I'll stay busy.