My 2018 Baseball Hall of Fame Ballot- Part One

The talk on the Trading Card Database is the upcoming Baseball Hall of Fame announcement.  It has created quite a forum and some interesting points on not just those on the ballot, but about if Pete Rose and Shoeless Joe Jackson should be allowed on the ballot.  I've refrained from posting on there because one of my favorite posts of the year is my picks if I had a ballot.  Last year it was a bit rushed, but this year I'd like to spend more time on it.  So before I begin with my picks including my honorable mentions, I think a refresher needs to be in order to show who is actually on the ballot.

The top names are the holdovers from last year in order by percentage of votes they got.  The second list is new candidates for this year.  Now in previous years I would pare the list down knocking off a bunch of them.  I like that format so lets do it again.

Jeff Kent- I just can't do it
Billy Wagner- heard a lot of arguments in favor, maybe next year he'll be honorable mention if still around
Sammy Sosa- three great years doesn't equal HOF
Andruw Jones- very solid player, and a shame I couldn't include him
Carlos Zambrano- didn't know he retired and didn't have a long career in my eyes
Omar Vizquel- baffled he has so much support
Chris Carpenter- a packed ballot for me, just no room, hopefully next year
Livan Hernandez- I liked him, but nope
Orlando Hudson- nope
Kevin Millwood- nope
Kerry Wood- Wish his career didn't fizzle, love to add him
Carlos Lee- pretty much the same as Kerry Wood
Aubrey Huff- something I liked about him, but never HOFer to me
Hideki Matsui- I think he might get some looks, but not from me.
Jason Isringhausen-  Izzy will get overlooked, he was better than a lot realized, but it won't be enough.
Brad Lidge- nope

So that just about cuts the field in half.  My problem is I tend to favor guys I like over ones who may have had better careers.  It makes sense because I follow my favorites more, but that list has quite a few I would have no problem if they appeared on ballots or even made a threat at being inducted.  I might have said this before, but much like baseball has evolved, so does the Hall of Fame.  Many people on this list were very good players and some of the best of their time.  Was Andruw Jones better than Mickey Mantle?  HELL NO!  But he was one of the best players during his days.  The problem with electing members today is people compare them to legends, and you can't do that.  There will never be another Nolan Ryan, Roberto Clemente, or Ted Williams.  Comparing any of these to them would be a shame.  But many do and it makes adding new members seem harder.  Others only want to compare stats to induct them.  I understand that in theory, but one statistic I hear is WAR.  They didn't have WAR back in the Babe Ruth days, so if you evolve voting by using those stats, you need to evolve your voting to only comparing amongst who these guys played against.  Also, I believe you need to factor in this isn't just a game anymore.  I've said many times sports has become entertainment, and this needs to be reflected upon.  As the years go on, memories of guys I grew up on like George Brett and Greg Maddux will fade, and a younger generation will only have video to see how good they were.  But they will have their own Brett's and Maddux's they can say they saw play.  People are split on if guys like Tim Raines or Jack Morris deserve to go in, the same will be done for guys like Billy Wagner and Omar Vizquel.  All these factors play into it and you must realize the Hall of Fame needs guys to go into the Hall that will attract all ages.  If you want to see guys like Paul Molitor and Hank Aaron in the Hall, you won't skip it if a guy like Jeff Kent gets inducted.  At worst you'll complain and maybe skip him when you are going around the Hall.  Likewise, the younger generation will likely skip the older guys like Robin Yount or Tom Seaver and want to see all about Kerry Wood because they were at the game he struck out 20.  I'm not saying we should elect inferior guys just to attract a crowd, but it needs to be understood generations will come and go and we need to please all of them the best we can.  That's why for me this ballot was tough.  I knocked out about 8 of those guys pretty easy and was a bit conflicted on the rest.  Wagner, Jones, Carpenter, and Izzy would have been at least honorable mentions if the ballot didn't seem so full.  Cutting the number of years you can be on the ballot down to 10 was a move in the right step, but its still going to be cluttered.  Having said that, I don't know if limiting the years a guy can appear is the right solution either.  Each year people get passed over and some deserve second looks.  In a few years, Mark McGwire should be heavily considered, but his only chance now is the veterans committee and that's really hit or miss.  But anyways, this seems more like a rant, so let's get on with it.

I usually split this into two posts featuring the list and honorable mentions first then the next post gives in depth reasons why I chose my ballot.  I still like this plan, so let's keep it up.  Here is the list of guys who just missed out on my ballot. 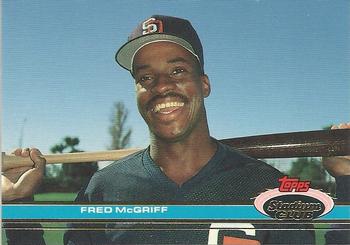 Every year the Crime Dog makes this list.  One year his luck will run out.  That year will be next year, so maybe many names go in this year clearing the way for him to make it in next year.  Last year he had 20% so its not looking good. 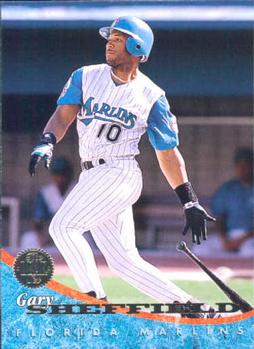 Much like McGriff, Sheffield seems to be a longshot at this point, but it would be wrong not to make him at least an honorable mention.  He only got 13% last year, but he still has a few years left to try to make a convincing argument, that is if he doesn't fall off first. 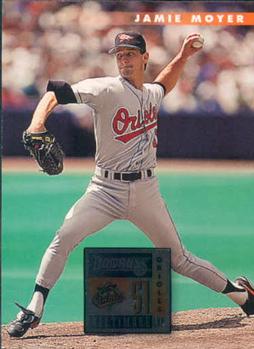 In his first year on the ballot, I'm a bit torn on this decision.  On one hand I love Jamie Moyer and would love to see him go into the hall.  On the other hand, my main reason I want him to go in is because of his longevity.  He does have more wins than guys like Catfish Hunter and Bob Gibson, is 16th in games started, and more career inning pitched than guys like Jack Morris and Bob Feller.  Though most of that is only because he played so long.  I might have an easier decision if my votes did count, but since they don't its easier to include him in the talks of a potential candidate. 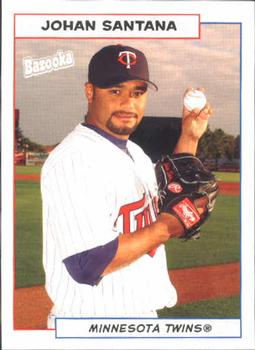 Without looking at his stats, I included him as honorable mention because I remember him being so good against the Royals for so many years.  Some may say that was easy since the Royals had a lot of lousy teams, but still he was a very solid pitcher.  His placement among other pitchers aren't as impressive in terms of career but his stats are really good, and actually better than Moyer's so I could see him be a surprise this year. 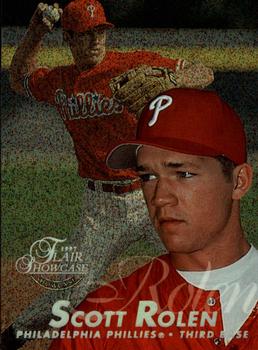 On the surface, comparing him only to those he played against, Rolen is no doubt a Hall of Famer.  Though comparing him against the best ever, it gets muddled.  I still think he deserves to go in, and I think he'll easily stay above 5% and hopefully gain momentum until he gets in.  His only problem is what seems to be a crowded ballot at the moment.  Just hang on and he could get in. 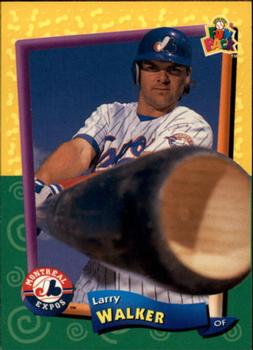 In year 8, its getting tougher for me to not at least give Larry an honorable mention.  At only 22% his chances look slim, but many make an argument that his stats would be just as good if he didn't play most of his games in Denver.  I'm starting to believe them, and maybe some people with real ballots will too. 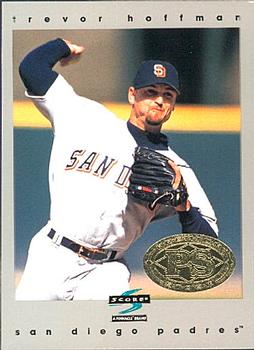 Two things- first, Trevor will likely make it into the Hall this year or next.  Second, having said that, I'm still not convinced I think he needs to go in.  Its mostly not his fault, he was a very good pitcher, but so were so many other closers that were never really considered.  This isn't a protest to keep him out as much as to acknowledge that many before him didn't get serious consideration.  He came in an era where closers went one inning, rarely two, whereas in previous years they went 3-4 if needed and their stats may not look as great in comparison.  Having said all that, I only put him on my honorable mentions list because, again, the ballot is stacked and beyond including my bias fan favorites and some I really think should go in, there was no room for him, and he wouldn't need my vote.  If in year 8 he is still for some reason hanging around and needs my vote to get in, he'll get it.

So with than, you can pretty much guess my ballot.  I will do that next time with my reasons and stories and stats to explain.  I want to thank the Trading Card Database for the cards featured on this post, if I wasn't going through my collection again, I might have had time to find cards for most of these guys.  Next year will be a game changer for the Hall of Fame though because in addition to the stacked ballot this year, next years name include quite a few that are no doubt honorable mentions before even looking at their stats.  Guys like: Jake Westbrook, Ted Lilly, and Placido Polanco.  Some others with no chance going in include: Lance Berkman, Mariano Rivera, and Todd Helton.  Maybe I got those two lists mixed up.  Oh well.

That wraps it up for today, now its time for me to get back to updating my collection.  I've finished the Royals, and a few of my PC guys like Maddux, Damon, and Kirk Gibson, so now I'm going to work on my Mizzou collection.  It's the one that I've neglected the most the last couple years so it should be fun to see what I have.  Thanks for reading and have a great weekend.  If I don't have part two up tomorrow, I promise it will be done before the real announcement is made.

Email ThisBlogThis!Share to TwitterShare to FacebookShare to Pinterest
Labels: 2018, Hall of Fame