Earlier this month my sister asked my mom and myself if we wanted to take a trip to Kansas City.  It seems that she was intrigued with our praise of the Brass Armadillo Antique Mall there and on a few trips to St. Louis she has become a fan of Saver's and she wanted to check one out in Liberty.  We didn't have plans, so we picked a weekend and then she said she'd prefer to spend the night up there just in case we couldn't fit everything in on one day.  The extra day proved quite nice though we may not have needed it.  I'll likely spread this out a few posts (maybe 3) but I figured I'd show some stuff off today.  I've been to Kansas City quite a few times, but for this purpose the goal was simple: go to Saver's, go to Brass Armadillo, stay at hotel, and then whatever I thought we might enjoy.  Basically this was a junking trip, and while I could have made a couple other stops, its possible this might become an event that happens every few months, so we can figure out what works and doesn't as we make a few trips.

She doesn't have a lot of experience driving in Kansas City, and my mom isn't too proficient with maps, so I took it upon myself to map out the best routes.  For those newer to my blog, a couple things about me- first, I don't drive.  So when trips like this arise, I try to make up for it by studying the maps to determine the best roads to take, potential traffic issues, and maybe find shortcuts that won't get us lost.  The second thing is I don't have a smartphone.  I communicate via laptop, and since I didn't expect having internet access while on the road (and also fear my battery wouldn't last), I spend as much time as possible beforehand figuring out all this.  Sure my sister has GPS in her car, but I've never trusted GPS.  I remember once a friend told me "that stupid Garmin sent me on a road with a SWINGING BRIDGE!"  Anyways, she mapped in the GPS as we left, but I pretty much had it covered, minus taking a road or two early, which seems to happen every trip.  I think she was impressed with my navigation skills, especially since 75% of our destinations were places neither her nor I had visited before.  In total on the first day, we made 7 stops and could have done a couple more, but my mom and I were a bit tired, so after late lunch at Sonic, we were happy we could check into the hotel.  More on the Sonic trip on a later post, but today I thought I'd show off stuff from some of the thrift shops we went to the first day.  Sorry for the long introduction, but hey, at least I'm in the mood to blog today.

Most of this is non-card related, but still good stuff.  Let's dig in. 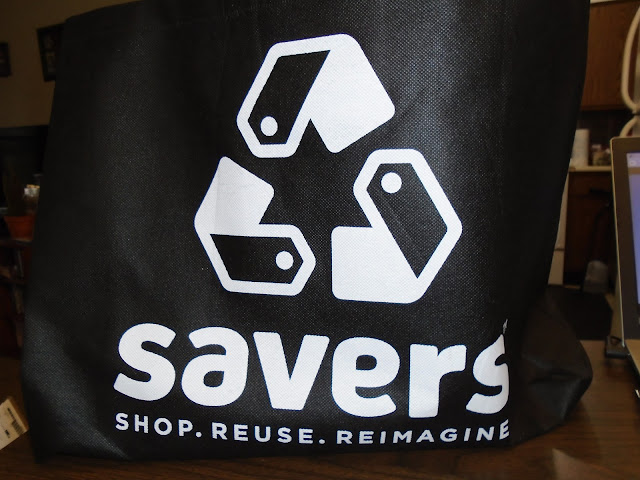 The first stop was Savers.  None of us had been to this location, but my sister likes going to one in St. Louis and thought we'd enjoy it as well.  We got a bag which means we bought something!  Overall the store wasn't too bad, my mom and I have gotten spoiled to 10 for 25 cent books and 50 cent CD's so the prices were a little higher then we were use to, but they were still cheap.  I think my mom bought a few books, and I got a couple things.  I almost bought a DVD, The Best of Chris Farley on Saturday Night Live, but it was a little more scratched than I'd have liked, so I passed.  The store was a little more out of the way then the rest of the places so if we do this more often we might not go EVERY time, but still plan to go back.  We might even buy some furniture if they are still as cheap as we saw and have room. 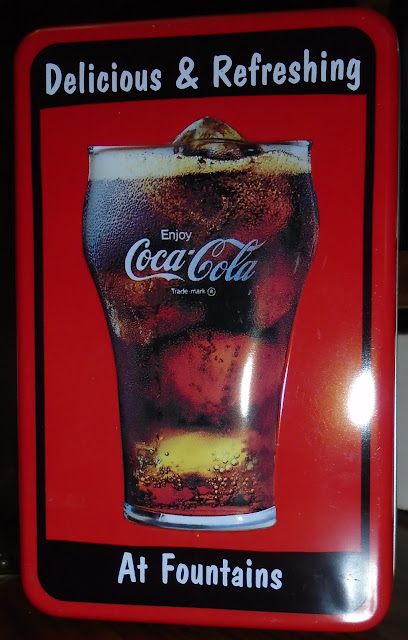 I thought I bought more there, but I know for sure I bought this at either 99 cents or 1.49.  A few years back I wanted to be a big Coca Cola collector, but I grew out of it.  However I still like to find cheap pieces when I can and this will look good on my shelf of other tin items I've bought.  It was too good to pass up. 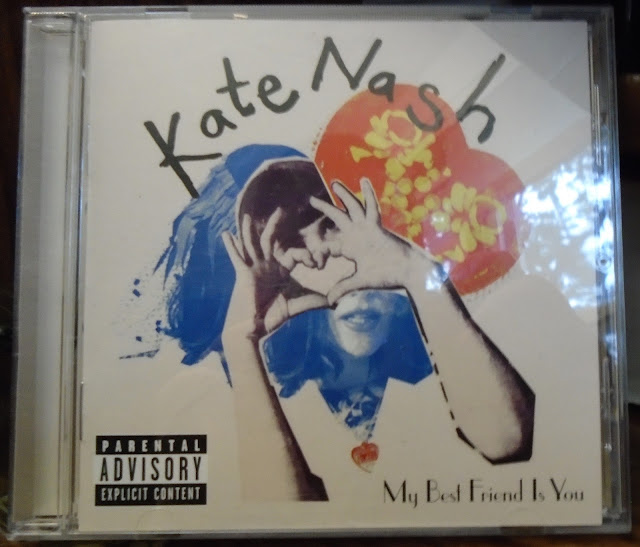 I'm pretty sure I bought this CD from Savers as well.  I am a big Kate Nash fan, have been for about a decade if not longer.  While this isn't her best CD (in my opinion) I still wanted it because I doubt I'd see too many of her albums popping up around my neck of the woods.  Even if you've never heard of her music, you might know her as Britannica from the Netflix series GLOW.  I was quite surprised to find out that was her after finishing the first season.  It will be interesting what happens to her character on season three.  It's about the only plot I really care about on the show anymore to be honest.

So after that we headed back towards Independence where most of the other shops were.  I didn't want to press to hard on too many stops so I decided we'd forgo Cargo Largo until a future trip since my sister and mom had never been before.  So we found a Salvation Army and stopped in there.  We only went because it was still early and it was close to another stop. 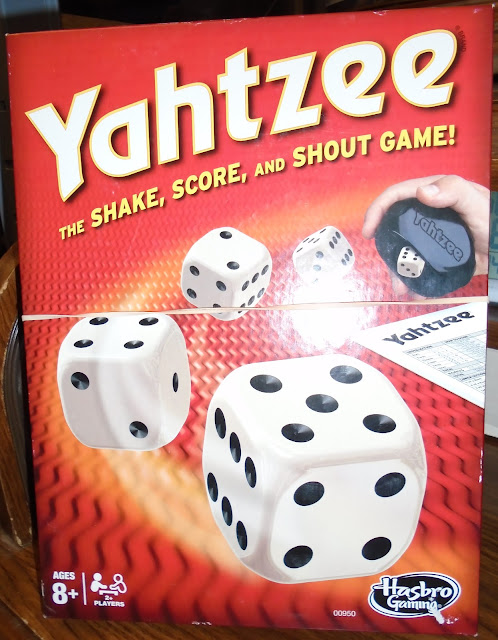 I might have got this at Savers.  It was a buck though and while I didn't need another version of it, I bought it because it was complete and I needed some dice anyways and it had some score pads.  While I'd prefer Triple Yahtzee score pads, I can complain on getting what appeared to be brand new sheets. 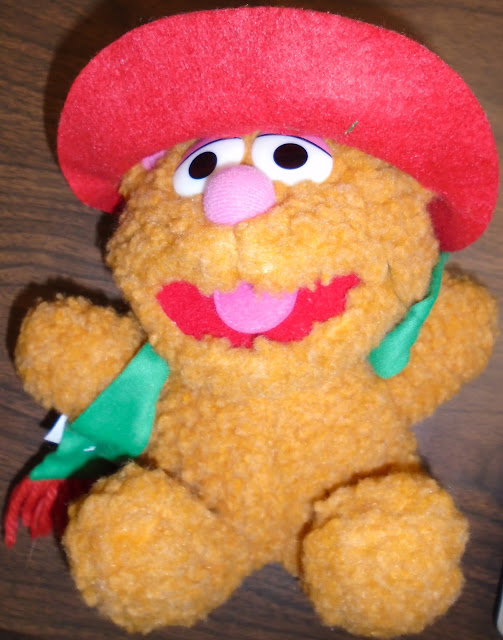 A while back I found a Fozzie Bear at my local thrift shop and made reference how he was missing his hat.  Then I said I'd like to get the Miss Piggy and Kermit that came out at the same time.  Well while heading down a random clothing aisle on top of the rack I spotted another Fozzie, this one with a hat.  I was ecstatic.  I mean I still wanted the other two, but come on, this was great.  We we close to checking out, but there was a line so we looked at a couple other aisles while it shortened.

BOOM!  My sister was laughing.  Hmm? 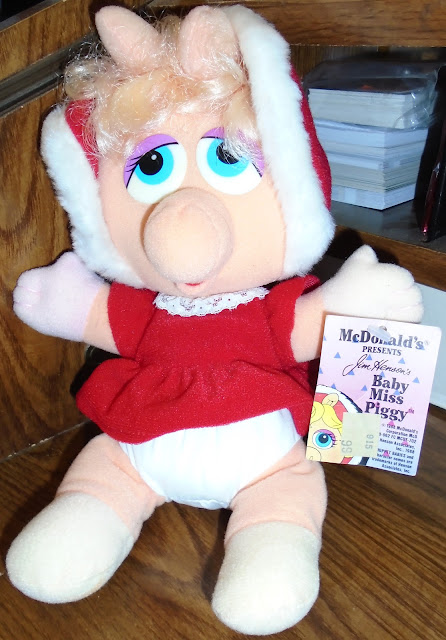 NO FREAKING WAY!  Not only was it a Miss Piggy, but it still had the original tag on it.  It was nowhere near where Fozzie was, but at this point we made it a mission to find Kermit...

THEN!
...
We didn't find it.  But hey, 2 out of three ain't bad.  This also motivates me to search for Kermit on future trips.  Sure I have a few saved on Ebay whenever I want to pull the trigger but finding them "out in the wild" like this seems much more rewarding, plus probably cheaper.

Next trip was to a Red Racks store.  My sister had never been to one, and this location was new to my mom and myself, so we checked it out.  In addition it had a Dollar Tree on the back side, and lately I've been hooked on finding Blu-Ray and DVD's at Dollar Tree.  So much so, that I've gotten my sister hooked on it too.  Well, the Red Racks was mostly a bust, at least I think.  Its been a couple weeks and I have somewhat forgotten what I got where for some of the stuff.  We wasn't too impressed with the place and I doubt we go back, but we might give it another shot.  The Dollar Tree was pretty busy, and we didn't really find anything different from our local one, but the line was long and I found a small box of DVD's.  None worth getting, so my only purchase there was a bottle of Bacon Bits, which I just realized I haven't opened yet.  I only got it because I've never seen the name brand at our local store.

The next stop had three stores all next to each other, and one my mom and I visited a couple years ago.  It was another Red Racks, also a Goodwill store, and another Dollar Tree.  By the time we got here it was starting to tax us a little (especially finding a detour due to road construction) so we skipped this Dollar Tree.  Maybe next time we'll hit it.

The Red Racks store might have been the store with a pretty long line and my mom wanted a few books, but she decided to put them back instead of getting them.  She mentioned it a few times after leaving how she really wanted the books, so my sister and I kinda laugh about it.  She asked me the other day if my mom has mentioned "those books I should have got" but she hasn't really.  If we knew what ones they were we'd probably just buy them online, but she never said.

The Goodwill store didn't have as much to offer as I expected but did find something.  Again, I think it was there, by this point I was getting tired and wanted to rest for a bit.  Plus I was hungry so I needed something to eat. 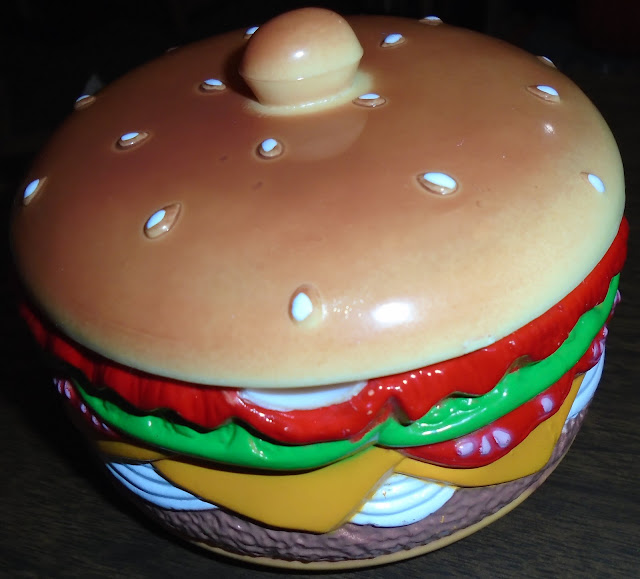 Then I found a giant hamburger! 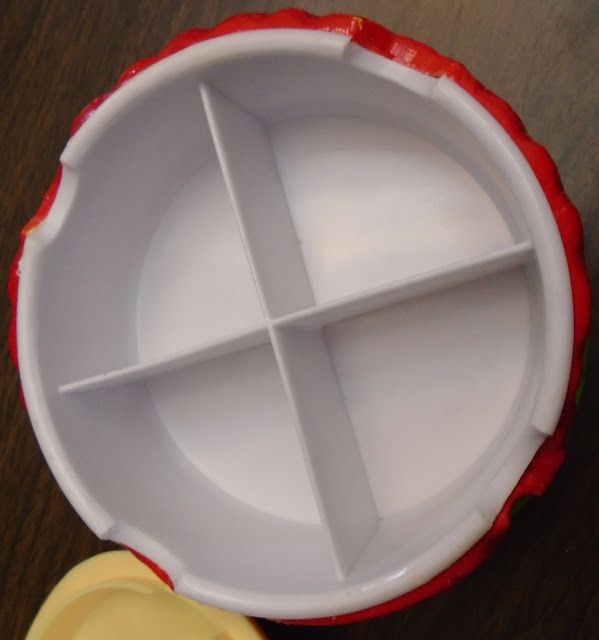 For 99 cents I could have this whopper!  It looks really nice, but what would I use it for... Who cares its 99 cents, I decided to get it.  I still don't know what I'll use it for, but at worst I could just display it.

After this stop my mom mentioned she was getting tired and needed to rest a bit.  Since this is all I scanned for this post I think I'll stop it here.  My sister and I made one more stop and we had something to eat before hitting the hotel.  Then my sister and I made a trip to the local supermarket for something for dinner, but I figure I can talk about that next time.  Next post should be bits and pieces before I show the cards I got from Brass Armadillo.  Trust me though, next post won't be one to miss.

That will wrap this post up for now though, thank you all for reading and I hope everyone has a great week.  I'm sure it will be a great week if you're a Red Sox fan, and one of disappointment if you're a Dodgers fan.  If your a fan of a team in Cleveland, I'm sure your just happy that YOU didn't get fired.  As I write this the Browns have just fired their head coach and offensive coordinator, this coming a day after the Cavs sacked their head coach.  Good thing Cleveland doesn't have a NHL team.  Though if were honest, Hue Jackson should have been fired last year, maybe sooner.  Plus I'm sure not too many people outside of Todd Haley are upset they fired Todd Haley.  Anyways, enough rambling, have a great week.  CLEVELAND ROCKS!