Here's some football cards I got in the last month or so. 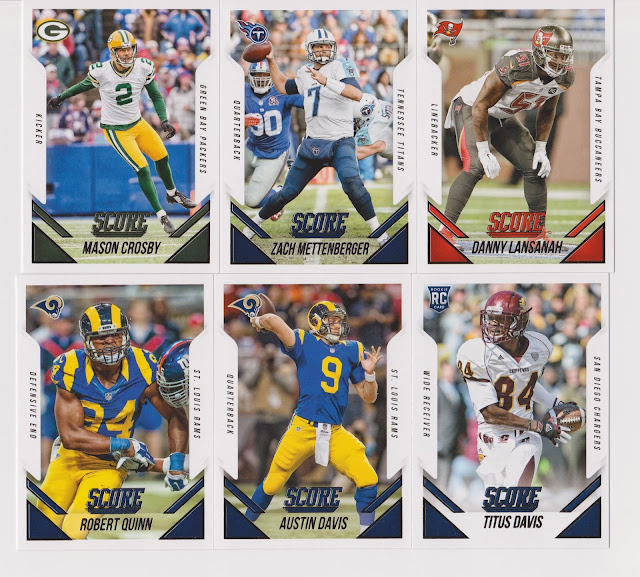 Nothing I needed, but I like the Robert Quinn card, so I guess it was a good pack.  Six cards for a buck seems like a deal these days.

Now onto a box of Topps football.  I got this the week they came out, but I've been slacking lately as you may have noticed. 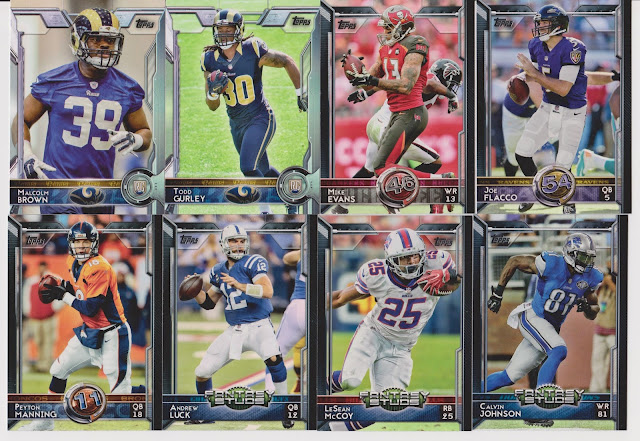 Glad I got the Todd Gurley and the Joe Flacco, the rest I could take or leave.  Still not a fan of the Top 100 players cards in the middle of the set. 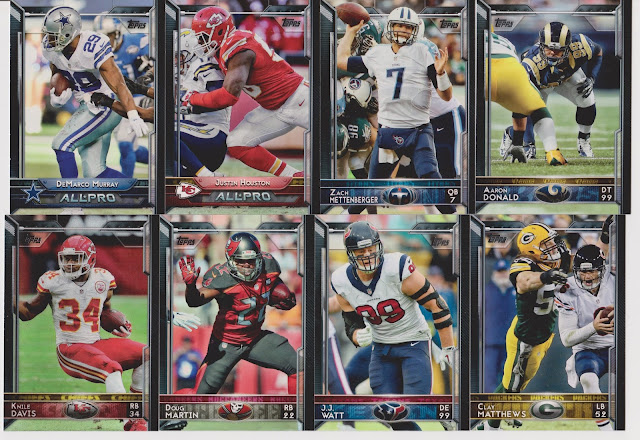 Knile and Justin Houston were good ones for me as were the Aaron Donald and Clay Matthews cards.  Another Zach Mettenberger too,  maybe I should start collecting him as easy I I've been acquiring his cards.

Now for some inserts. 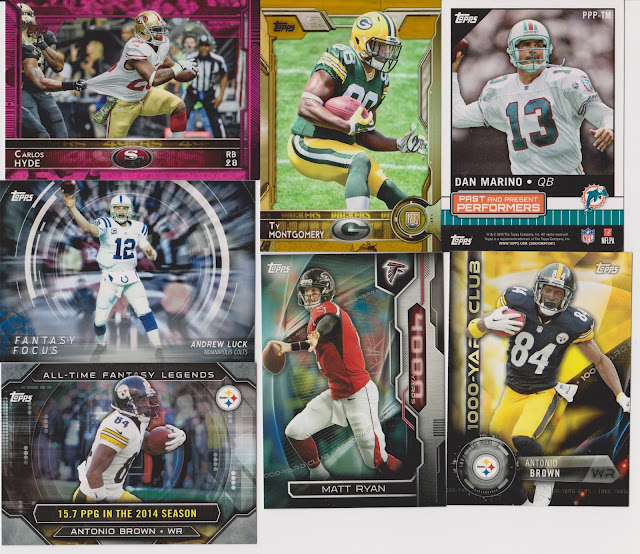 I forgot who was on the flip side of the Marino, but I like Marino more anyways.  A double dose of Antonio Brown would be cool if I collected him.  I like the Matty Ice card but I'm not collecting him as much lately.  It was nice to get a gold and a pink card in the same box, but neither are guys I collect.

I like the Clay Matthews card.  I also like the side of the jersey of the Perriman card, even though I was hoping it would be someone I knew or even collect.

Overall I guess I did okay, I can't complain too much.  I have a lot of baseball packs to show off soon, I just need to scan them.

It's been a bit crazy lately so that's why the posting has been sporadic.  I have a few things I need to finish doing so it may be like that for a while, but I'm not planning on stopping anytime soon.  Thanks for reading and have a great night.