Over 150 dead.
Over $2.5 Billion dollars in damage.
A town is decimated, and in the process, thousands of lives are never the same again.

Five years ago, on May 22, 2011, an EF5 tornado devastated Joplin, Missouri.  On a day hundreds of students graduated high school, many were lucky their graduation wasn't held at the high school where they adorned the halls for the last four years.  By the end of the night, there would be no halls.  There would be no school.

For the 1,000 plus injured, they faced problems of their own.  With debris strewn across the roads, they had to find a route to the hospital, if they had the advantage of having transportation that wasn't destroyed.  If they did, they faced a bigger problem- the hospital was directly hit.  The emergency room was now staged in an empty field.

The aftermath damaged or outright totaled over 500 business, from local businesses to companies as large as a Walmart Supercenter.  So once the nearly 5000 people cleaned up their homes, if it was left, they still wouldn't have a job.  A total of over 4 million cubic yards of debris was the result of the single most deadly tornado since 1947.

While an American Society of Civil Engineers study found the most of the damage was likely caused by winds classified as an EF-2 tornado, and only 4 percent in the EF-4 range, they concluded the buildings and homes were never built to withstand such damage, so it can never be concluded how powerful the winds actually reached, thus they decided not to change the EF-5 designation.  The ASCE sampled only a 6 mile stretch of the 22 mile tornado path, but they knew almost immediately that there was damage akin to an EF-4.

Five years later many houses and businesses have been rebuilt, but there are still many more vacant lots that remain as a reminder of what is still to be done.  In one case however, a vital resource of the city has been rebuilt, and made much stronger.

After St. John's Regional Medical Center had to be demolished, four years later a new hospital was built in its place.  Mercy Joplin hospital was opened in the spring of 2015 and has many more safety improvements its predecessor didn't.  For starters, the building was built to withstand at least an EF-3 tornado.  Glass throughout the facility is laminated and outside glass able to handle winds exceeding 140 miles per hour.  In places where its tougher to relocate patients quickly, the glass can withstand 250 mph winds, rating it able to withstand an EF-5 tornado.

The vital electrical, plumbing and mechanical portions of the hospital has been placed partially underground, making it less likely to be be exposed to potential severe weather.  If for some reason power is lost, new generators placed 25 feet underground will be able to handle power for up to four days.

As for the high school, it was one of ten of the Joplin School District's building having suffered damage on the fateful day, but none were worse that that of the high school.  It was deemed irreparable and had to be rebuilt from scratch.  In the meantime, the upper class men would attend school in what would be a dream come true for many high school students- a mall.  A former Shopko building was renovated inside Northpark Mall and opened in time for the fall classes later that year.

Finally in 2014, three years after the tornado ripped through the school, a new Joplin High School opened, this time with many upgrades.  The cost would exceed $100 million dollars, funded by insurance, government grants, donations, and a school bond approved by voters the following year.

The new school was also houses the Franklin Technology Center, making for more opportunities for students.  It includes a TV station run by students, as well as a student-run greenhouse, a student-run coffee shop in addition to a student-run restaurant.  Artwork created by students is now featured inside an art gallery.

The school also provides space for those athletically, musically, or theatrically minded.  A Gymnasium with a capacity of 2500 as well as two auxiliary gyms is only the beginning.  The athletic complex also features an indoor running track, tennis courts, and fields for soccer, baseball, soccer, band, and football.  Synthetic turf reduces the cost of maintenance and the fields also have lighting to accommodate for evening games or practices.  A 1,250 seat auditorium, black box theater with seating for indoor/outdoor events, and rehearsal halls with sound-isolating practice rooms were built for choir, band, and the orchestra.

During the rebuild, the school also thought green.  Materials were used to keep maintenance costs for the future down.  LED lighting, and hydronic HVAC system, windows placed to maximize natural light, and even rain water harvesting for irrigation was used.

A total of four safe rooms were built on the campus in case a future tornado would strike, one of which is a designated community shelter.  The safe rooms can withstand winds of over 250 mph.

The spirit of Joplin is stronger than ever five years after the devastation struck the city of 50,000.  Much of what was destroyed has been rebuilt, most of the people affected have started new memories of hope, and spirit.  However, the memories of the past will never be forgotten, neither will the lives lost, the homes and businesses destroyed, or the utter destruction that affected not only the people in and around the Joplin area, but the entire World. 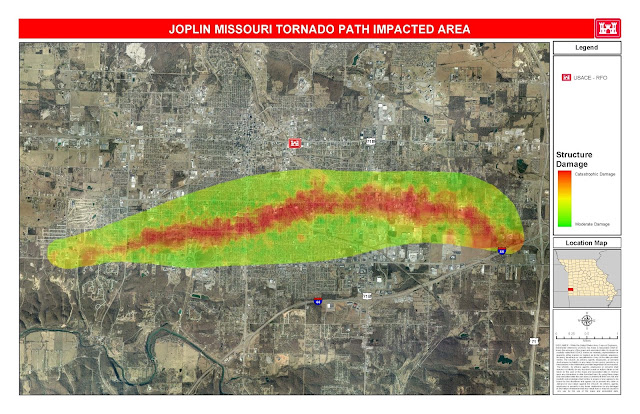 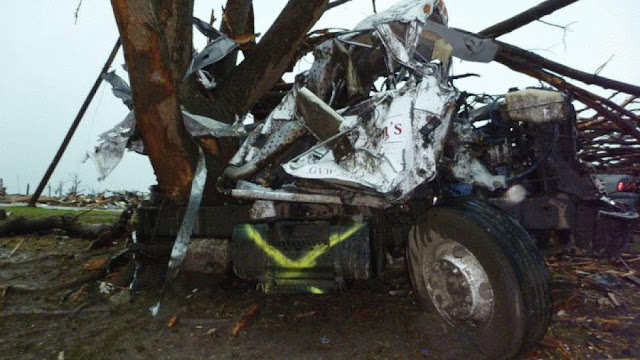 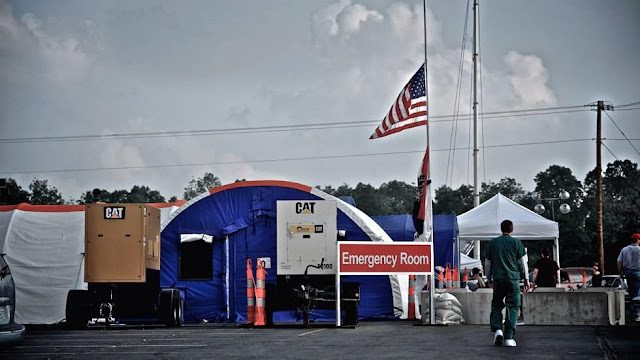 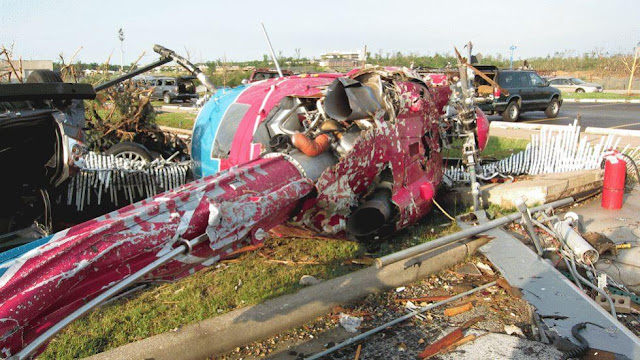 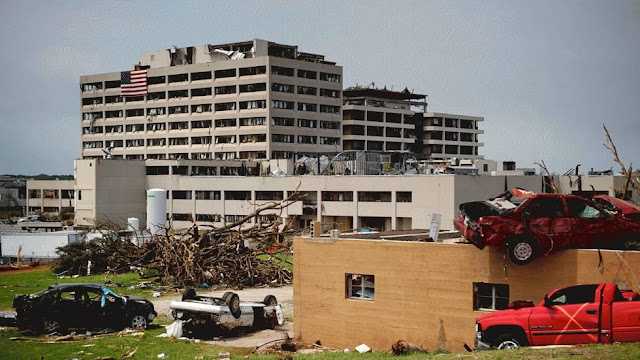 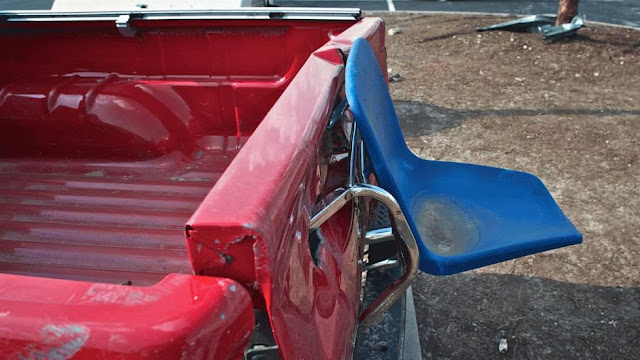 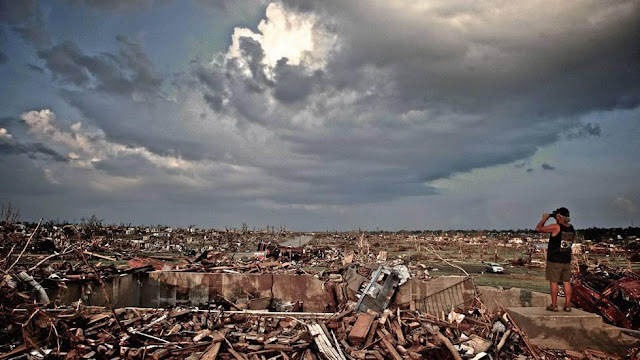 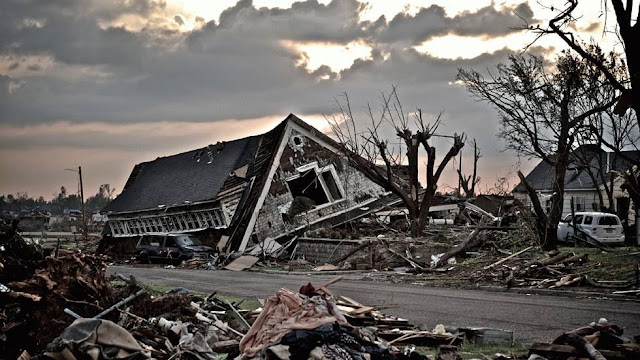 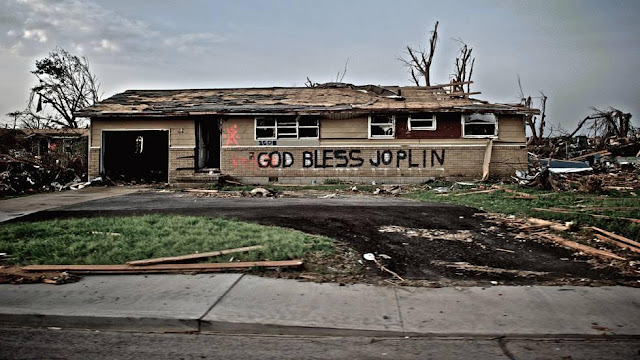