Are You Ready For Some... You Know

So the real games begin tonight.  NFL is back, and last weekend was the return of NCAA Football, so with that how about something related to both, and even some high school football too?

I've recently bought a few things that I guess I haven't shown yet, so now is the best time to do it.  Let's dig in. 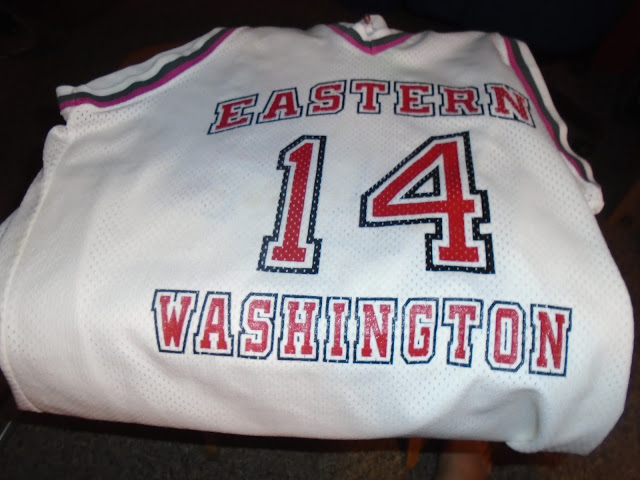 Okay so this is basketball, but still.  I found this in the Halloween costumes at Savvy Seconds and I got it.  I like baseball and basketball jerseys so if I find them at a good price I get them.  I tried to find out who this was, but I couldn't confirm who it was. 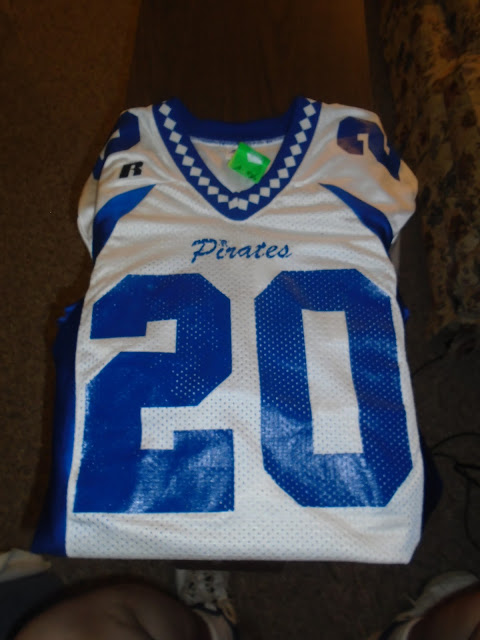 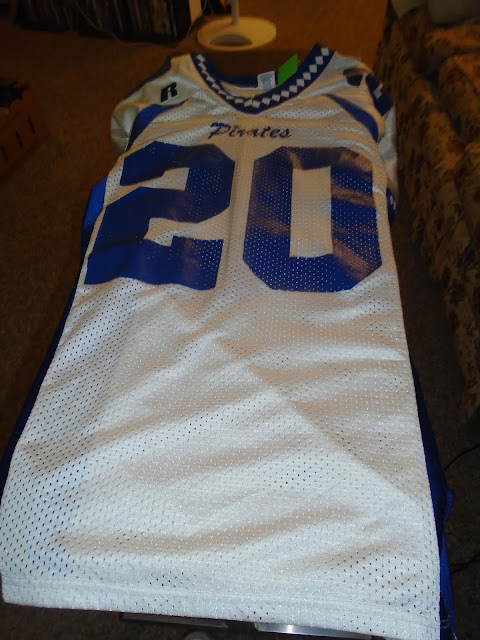 This is a high school football jersey.  It is local to the town Savvy Seconds is in.  My school never had high school football so I never got into it, but again I found it in the Halloween section and cheap so I got it.  I thought for a second it might have been the number of a friend of mine who played for the Pirates and was named one of the top players in the state, but he wore 21.  No matter what, I'm still happy I got it.

On the same trip I found this which is something I've wanted for a while but never wanted to pay much for.

I got a Tiger Tail!  These are readily available around here, but I never wanted to pay full price for it, so finding it for a buck was a great deal.  People around here put these on the back of their cars (usually sticking out of their trunks) to support the Missouri Tigers.  The question now is do I really want to put it on the back of the car or just keep it on display? 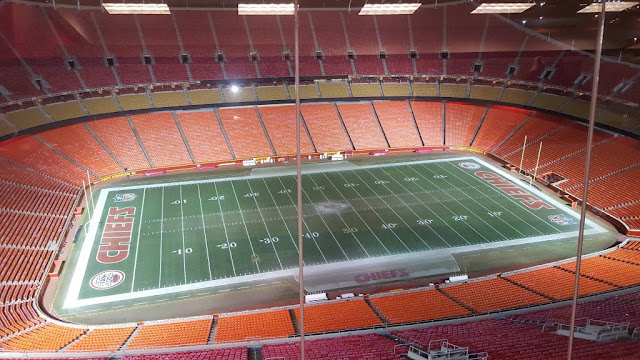 Oops, I forgot the NFL aspect, so let's dig into my hard drive for this photo.  This I found on someone's twitter a couple years ago or even last year after a Chiefs game.  I think it was after they won their first playoff game in 20 years.  So sorry for promising an NFL item, but hope this will do.

I do have one more item, and I thought I already posted it but couldn't find it.  I bought this at Red Racks during my vacation last month.  Year I still have stuff from vacation to show (even stuff before that too).

With the news of Tim Tebow signing with the Mets organization today, it is timely. 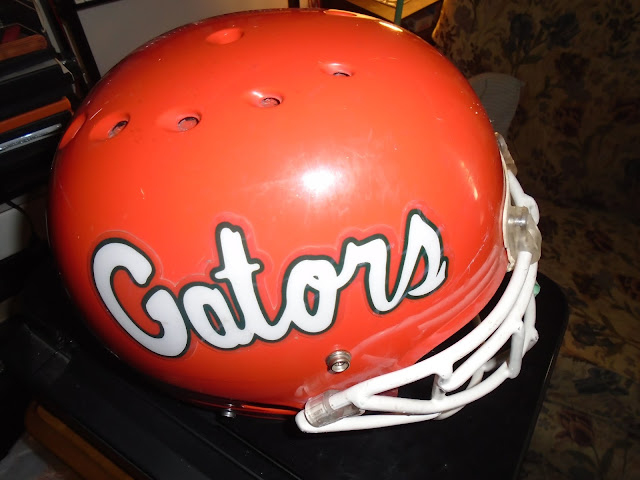 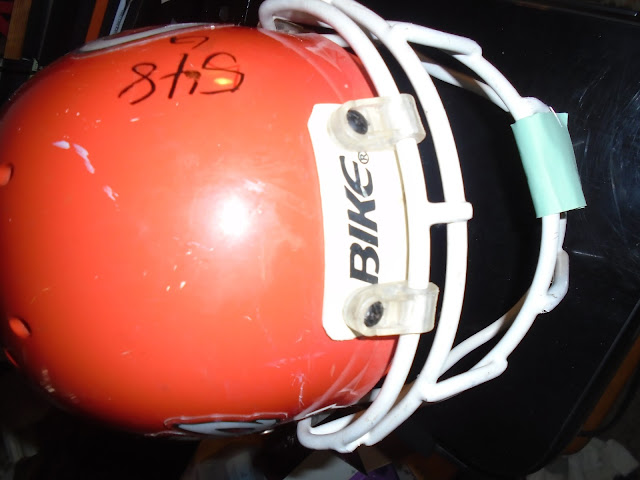 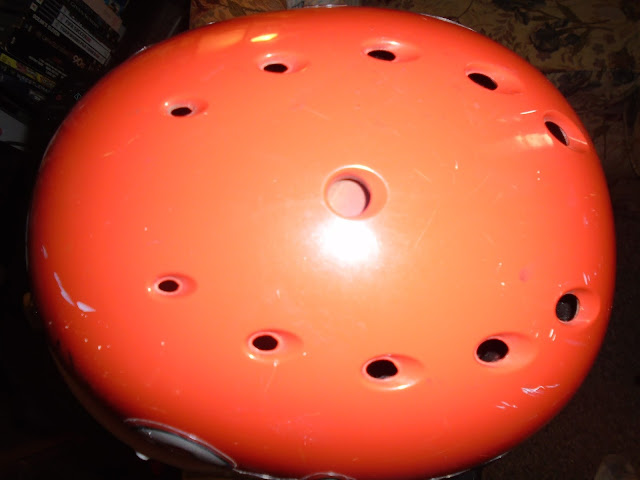 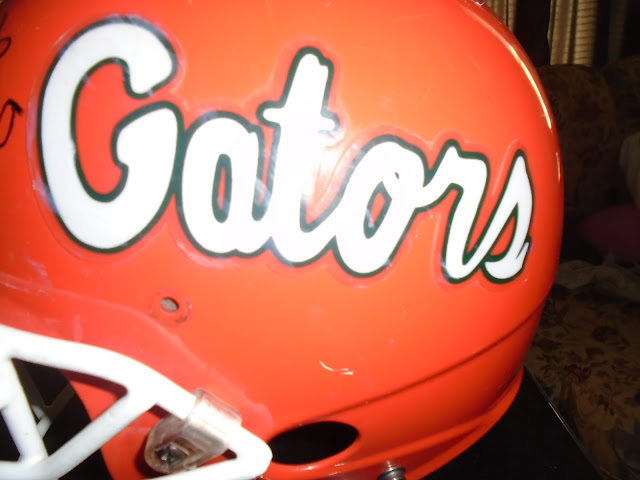 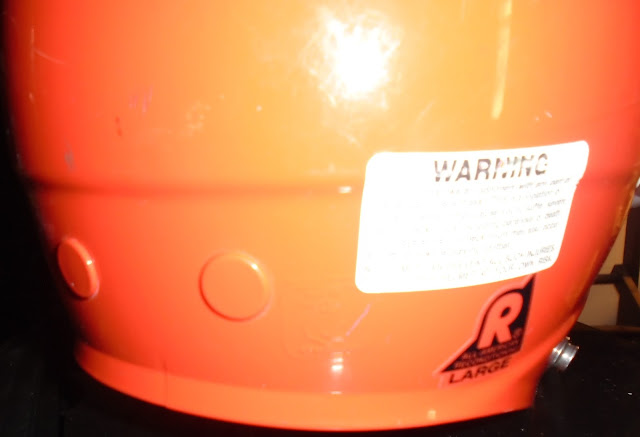 This is probably one of the better helmets I've gotten.  Just under $5.50 (no sales tax) I just couldn't pass up another helmet.  This one I don't think I have to much to put on display, so I might get on that soon.  I thought about since it is the Fall season getting a scarecrow to sit outside and put the helmet and a jersey on it.  I even have some shoes and pants that I could put on too, but I'm afraid someone would steal it, so I better not.

So that wraps up some odds and ends to get you in the football mood.  I haven't gotten into football yet but once I listen to the Mizzou game Saturday and seeing the Chiefs take the field Sunday on TV I think I'll get into it.  If not, the Royals are still in the playoff hunt and that is my main focus right now anyways.  Thanks for reading and have a great night.