It's been awhile, but don't worry, I'm not going to recite the rest of the lyrics to a Staind song.  I was going to do a parody of A-Rod's apology letter as to why I haven't been on for over a week (it would be a funny concept, a baseball card blogger suspended from the internet for a PED), but much like the finale of Two and A Half Men, it would be better just to move on and forget it ever happened.

I have a few posts to write including a few cards I received from Listia, and a cool birthday present from my best friend.  I'll talk about them later.  Today, I thought I would show off a few things I did in my time away from the internet.  I was still using my computer, just not getting online.

Last weekend my friend attended the Mizzou Sports Hall of Fame and got to see John Dettmer, Alisha Robinson, and I forgot the other woman inducted go in with Chase Coffman, Chase Daniel, and Jeremy Maclin.  I think it meant a lot to him, and I'm sure he had a lot of fun.  The first Mizzou football game I went to was one where Maclin, Coffman, and Daniel were playing.  In honor of that, I made some cards that I was going to see if he could get signed, but never completed.  No big deal since I already have Daniel's autograph, and might have Coffman's too.  Anyways here are the cards I created. 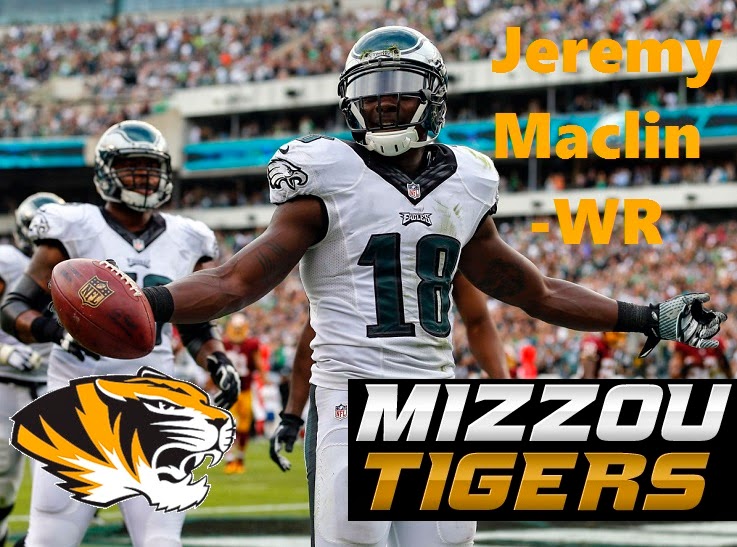 This was my first design.  I liked it okay, but I think that would be a better poster than a card, so I went back to the drawing board (which btw, I did show my friend this design, but he never saw these new ones). 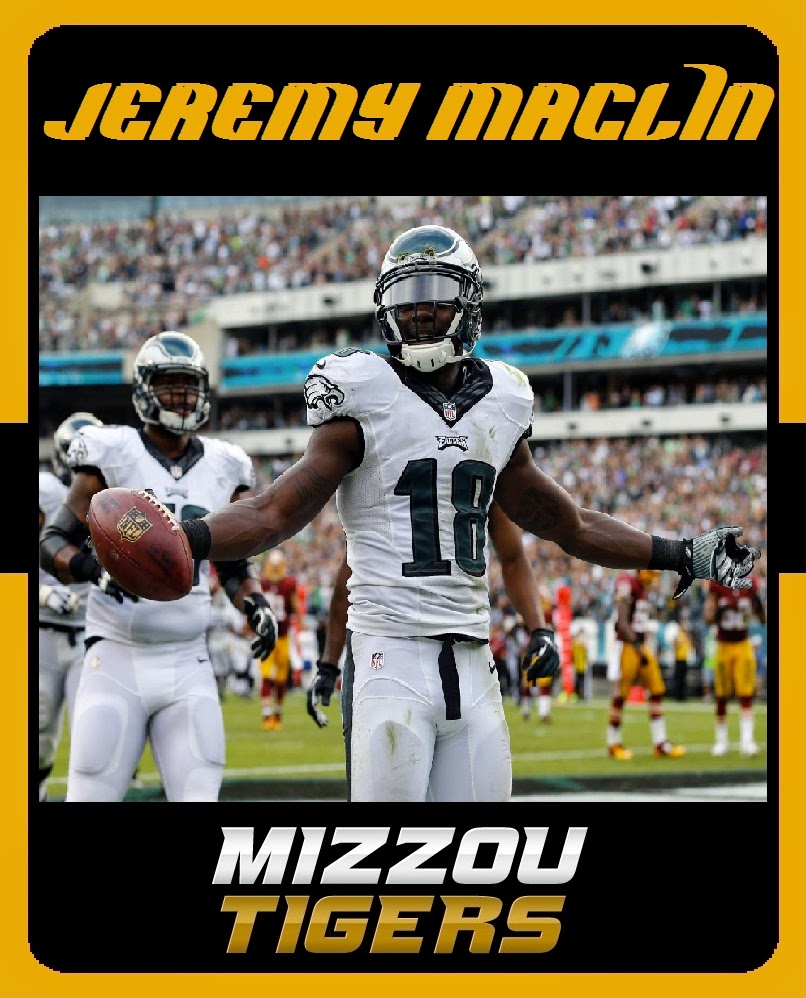 Much  better in my opinion.  It represents Mizzou with the logo and the colors, yet shows his current team (at least as of current time).  The picture itself is from this past season. 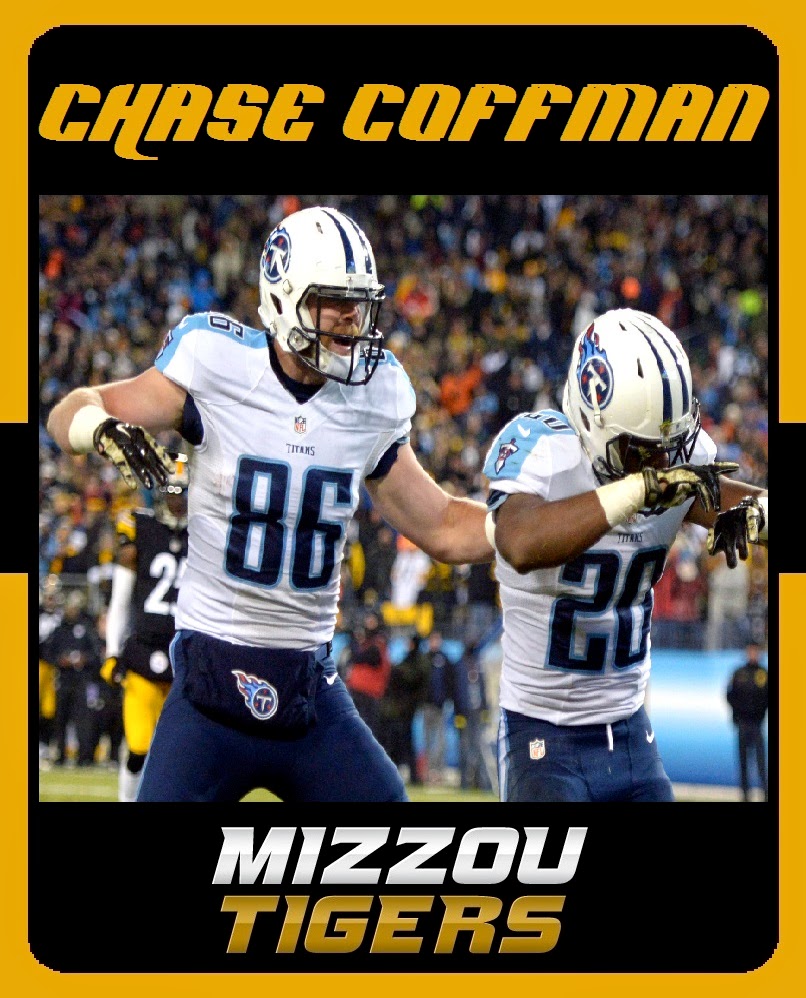 Again, same thing, Mizzou colors, yet shows him as a Tennessee Titans player.  This was also taken from this past season. 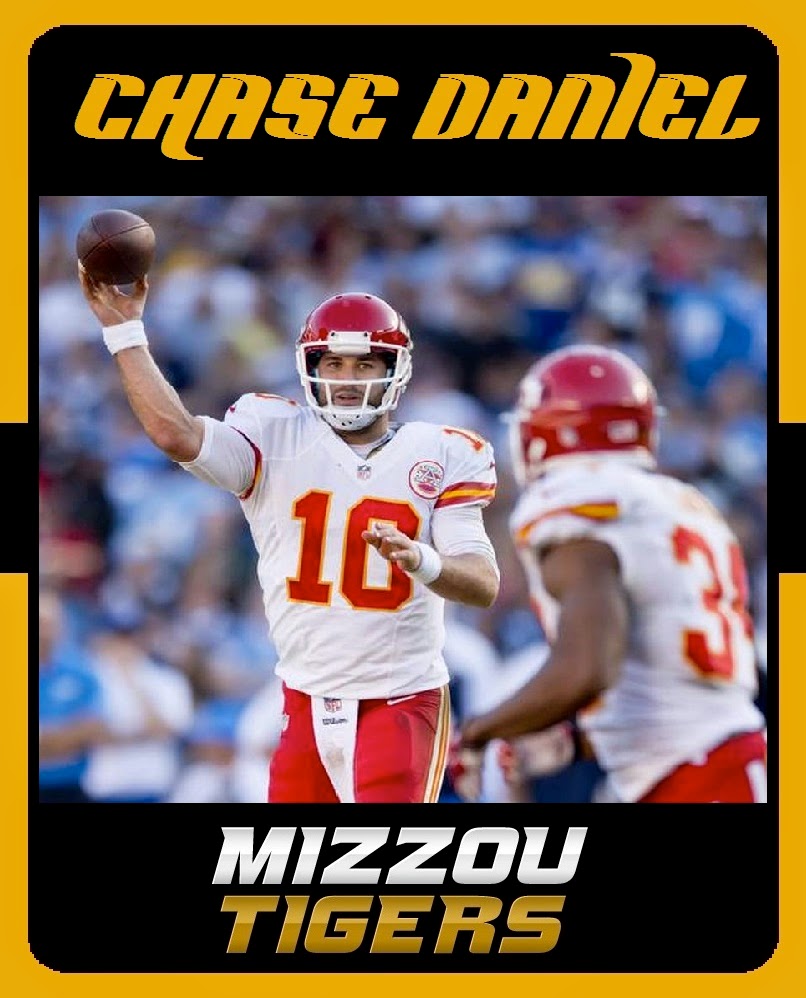 So with the fronts done, now it was time to do the backs.  I couldn't remember if I had the GIMP software on my computer (turns out I do), so I messed around with Paint some more and came up with this back. 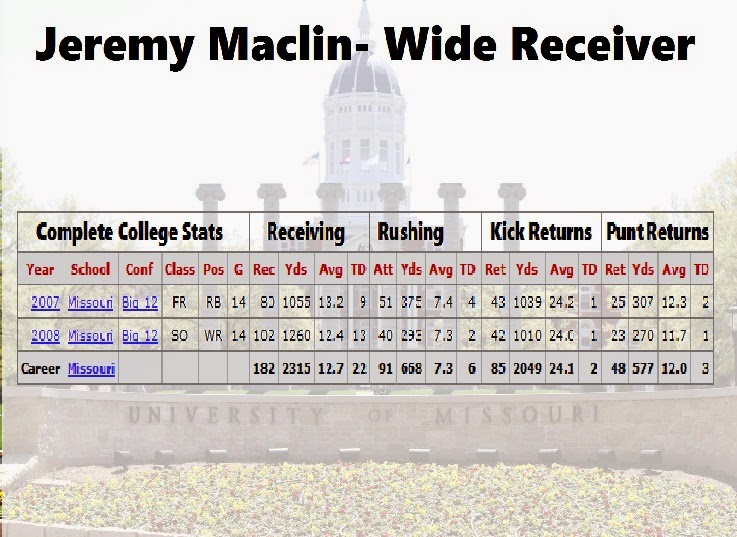 I liked the background of historic Jesse Hall and the columns, but other than that I was disappointed (even beyond how horrible the stats looked).  This is the only card with stats on the back, but I redesigned them a bit more, never really completing at concept. 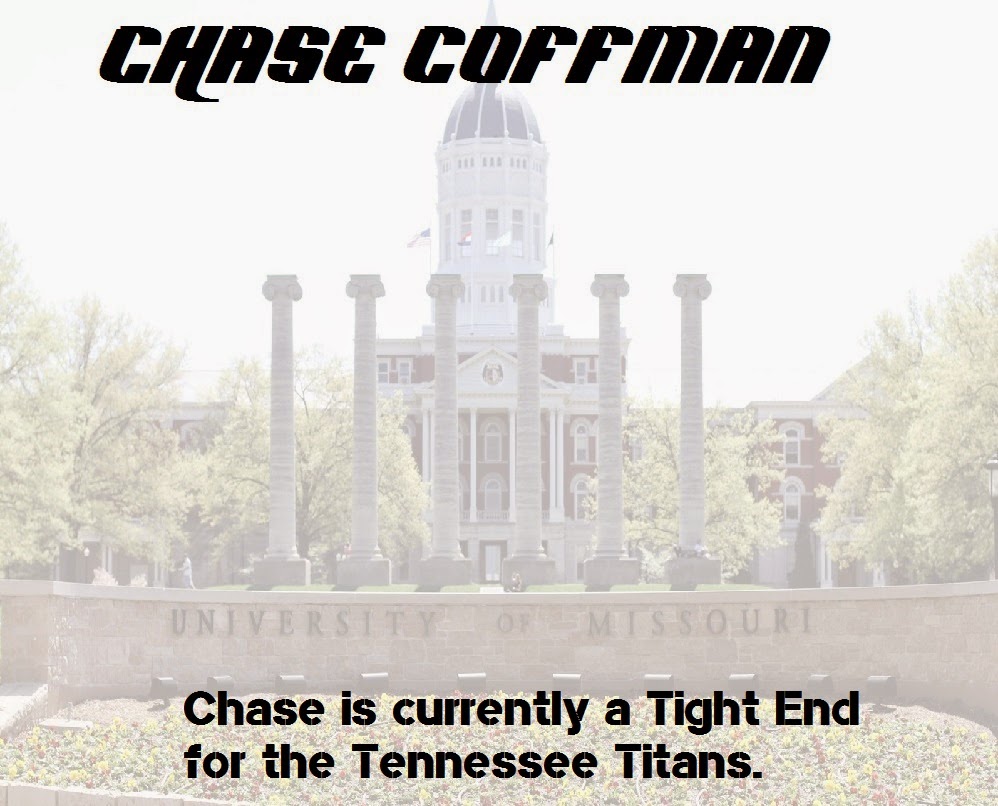 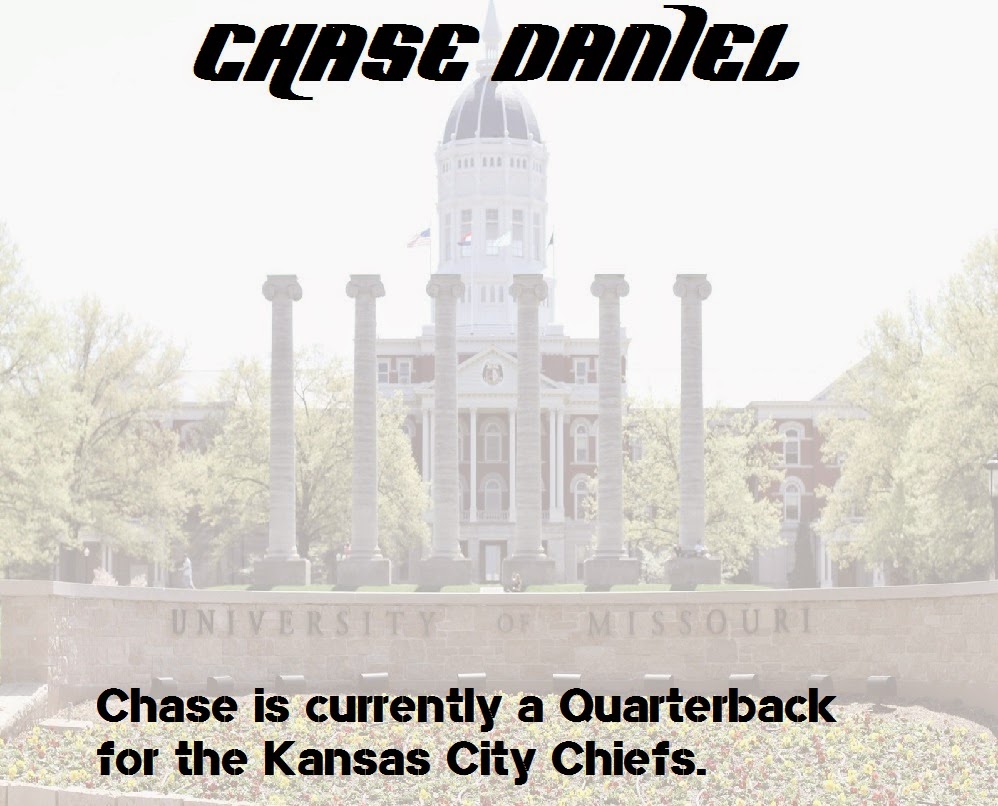 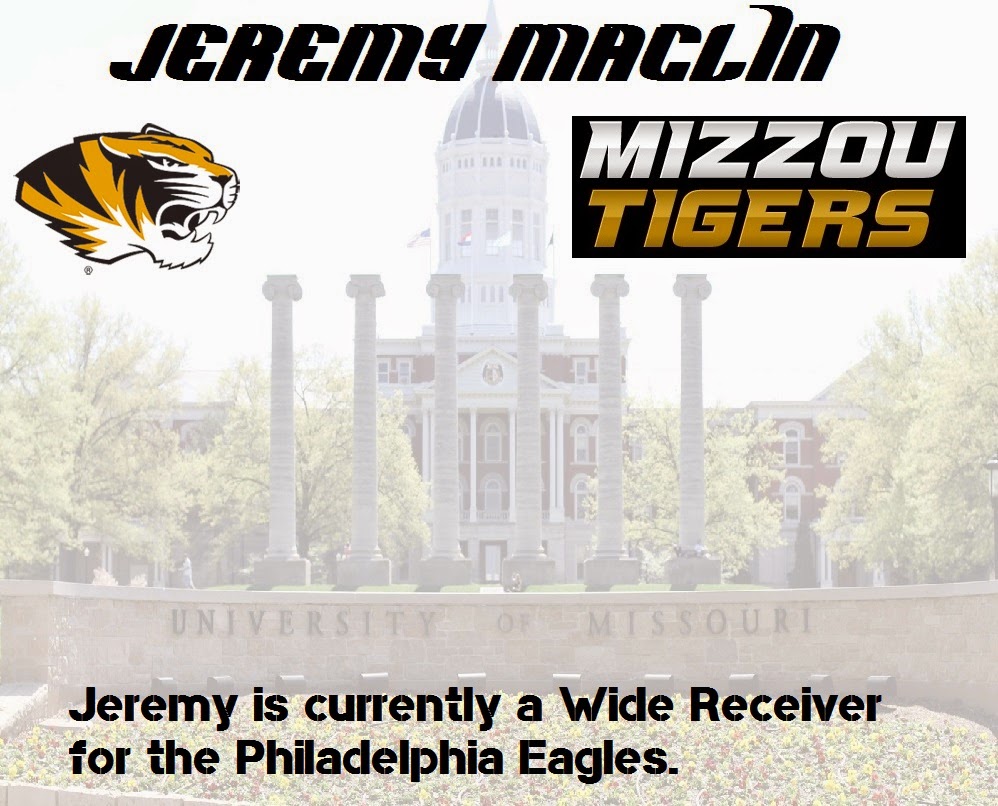 A little better, but I still wasn't a fan.  I liked the font's and the background, but it just didn't seem right.  So I went back to the drawing board. 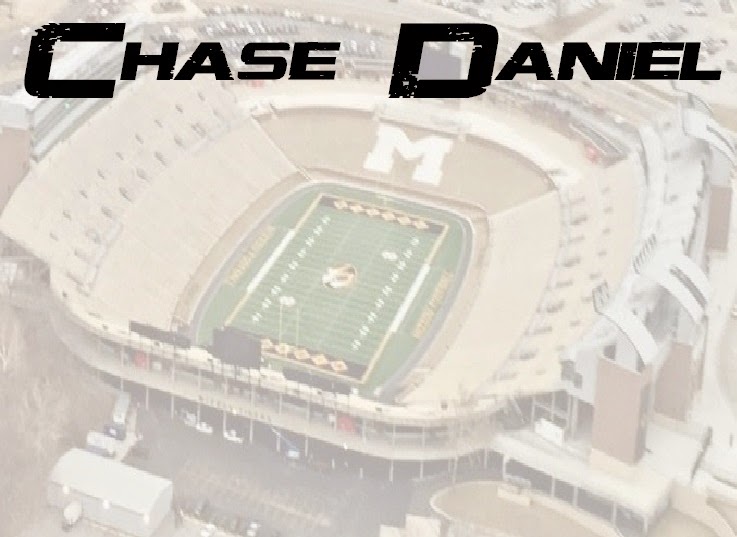 While I never completed it, I like this design much better.  The font is good and the background photo better relates to the football players (though the stadium didn't look like that when they played there).  I'm not sure what much else I would add to the back besides their complete college stats and their current team.  I might include something else, but I wouldn't want to make it too wordy.

After I worked on these, I decided to mess around a bit on some other things.  Here is a few more I did. 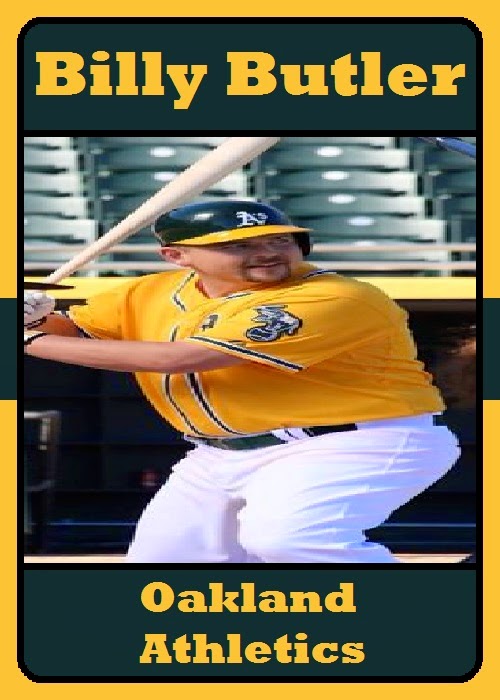 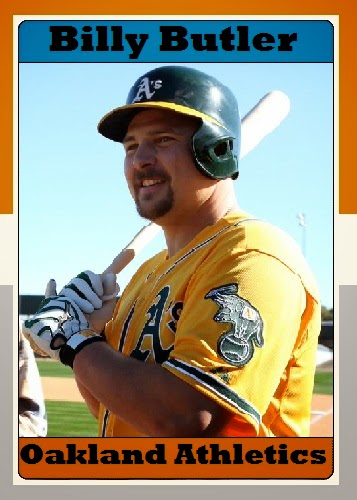 I wanted to make some Billy Butler cards since he went to Oakland so when I saw these photos I took a shot at them.  The color scheme isn't right, but I like the card on the left better.  Beyond being stretched, the one on the right pretty nice too.  If you couldn't tell, I like that card design a lot. 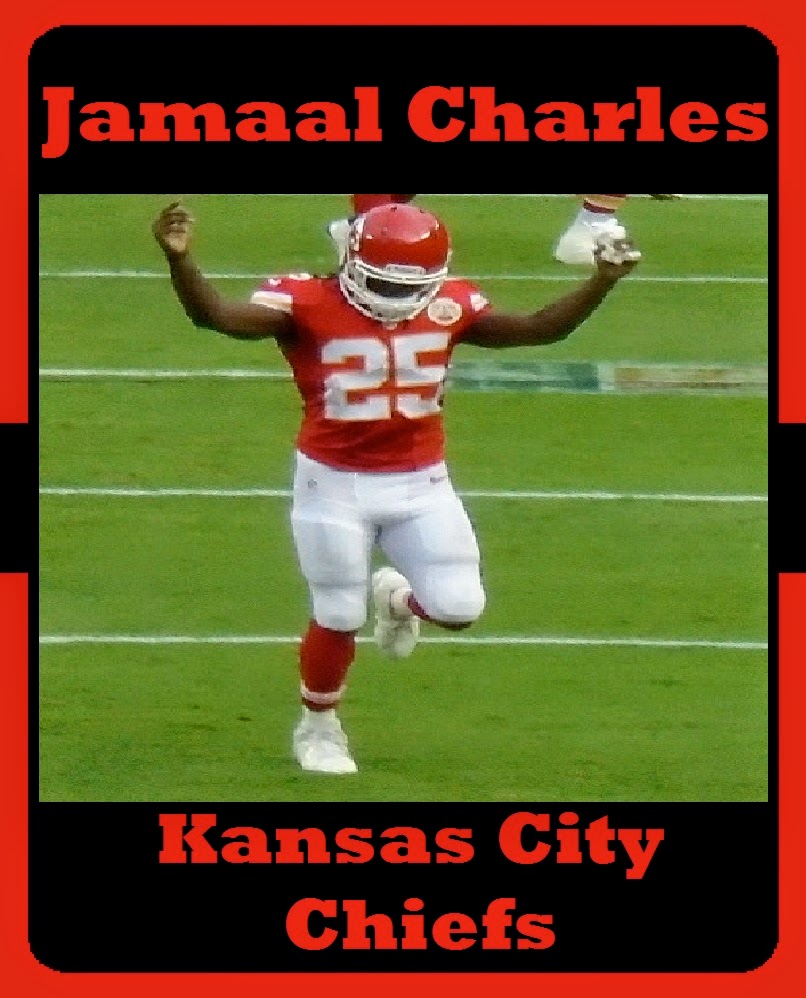 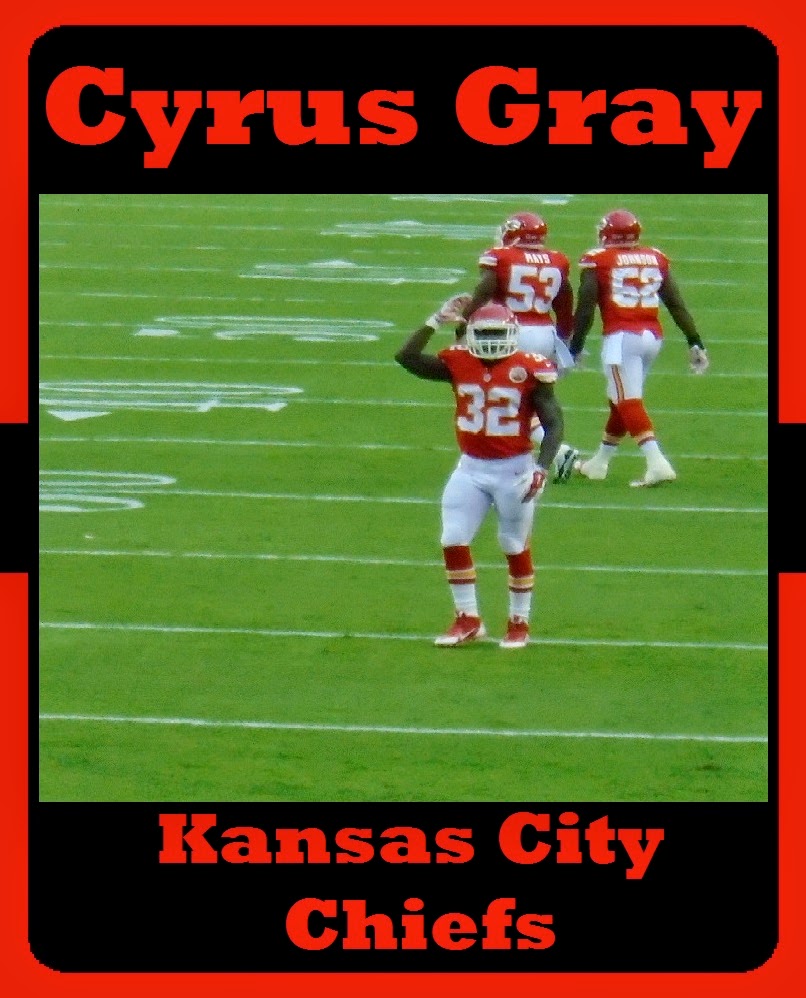 Here is two more cards I made.  These cards mean a bit more to me because these are actual photos I took.  I cropped the Charles card a lot better than the Gray card, but I will tweak them some one day.  The red and black design works really well, much better than white or yellow would have in my opinion.

The next card is one I've wanted to make for over a year for my friend.  The design my be changed before I finally print the card out for him, but here is the rough draft. 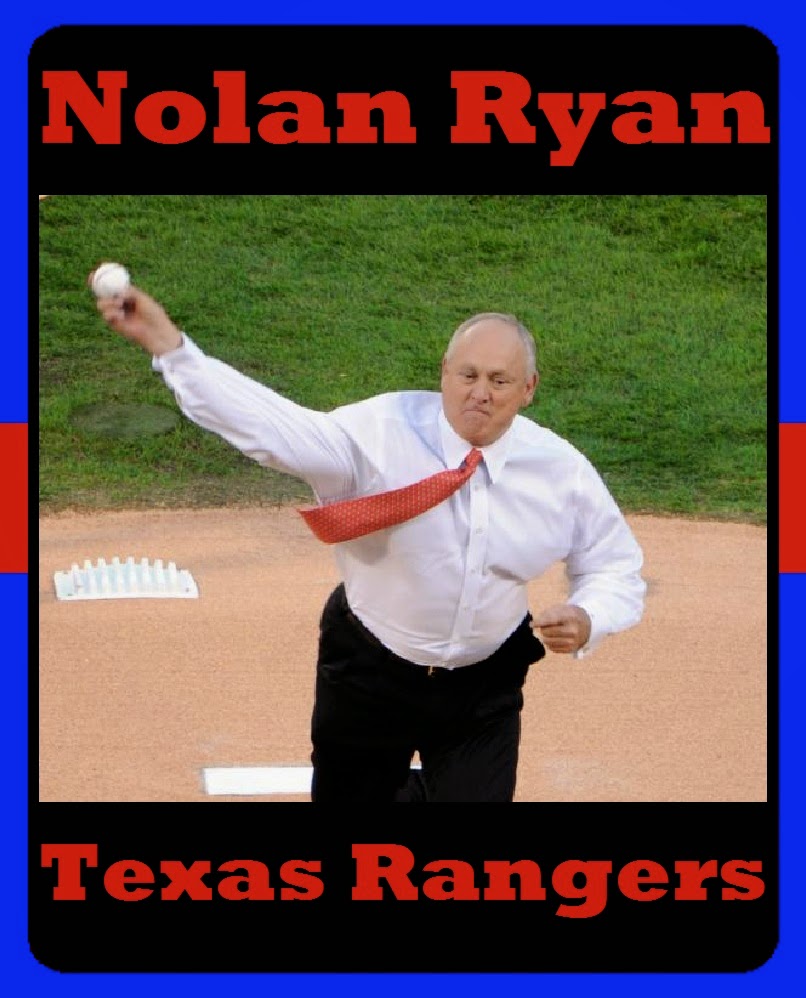 He is a big Nolan Ryan fan, so that is why I wanted to make it.  The blue and red work well with the team colors, but I couldn't find a better color for behind the font than black.  Like I said I will probably work on it some more one day.

The final card I whipped together pretty quick a couple days ago just out of boredom.  I was still on a card kick, and when I saw the photo, I decided to make a card. 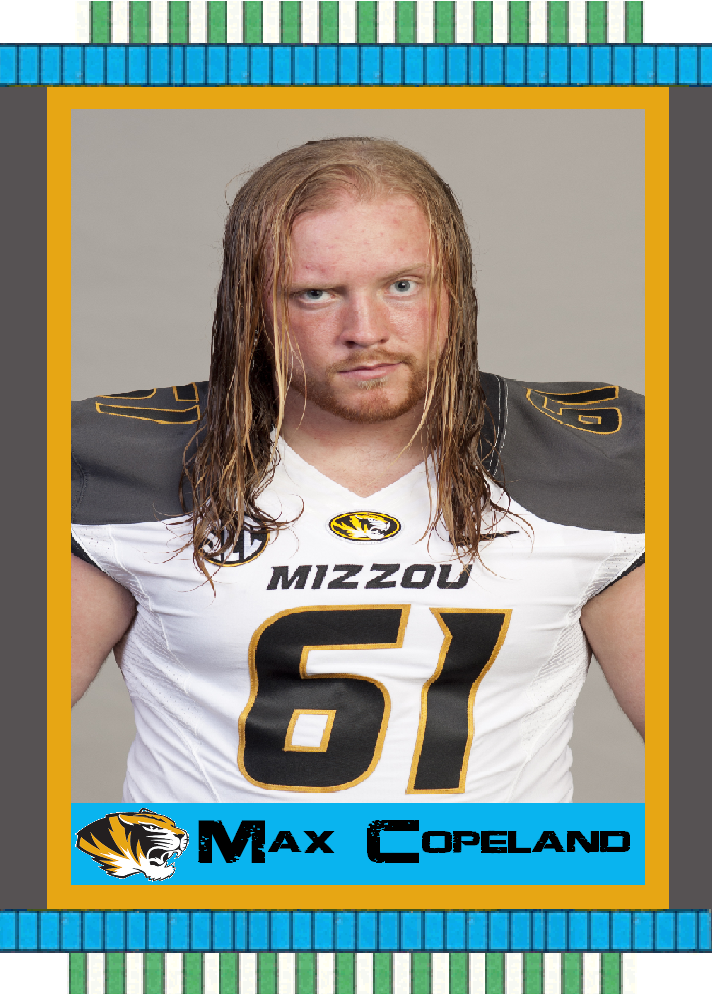 A variation of an old Topps design (was it 1989 maybe?) I spent half a day earlier modifying it to something I would like better.  The next day I saw this photo in my many photos of pictures and knew it would be perfect to test it out on.  I think the gray and gold border compliments the design well, and I was very happy how the card turned out.  If I ever meet Max again (and know in advance), I will make this card and get it signed.  Max was one of my favorite players at Mizzou and I really wished he got a chance in the NFL.  With his personality I still think he should try out for WWE.

That will wrap it up for today, thank you for reading, and have a great night.