Things have been a bit hectic as of late and when they haven't been, I've just been lazy.  I realized I needed to do a new blog and have some random scans so I thought I would show them off.

If these look familiar I might have posted these before.  My friend gave me some of these recently, but these are some I won off Listia.  All doubles, but I hope to maybe get signed at one point.  If not, doubles will be good to have. 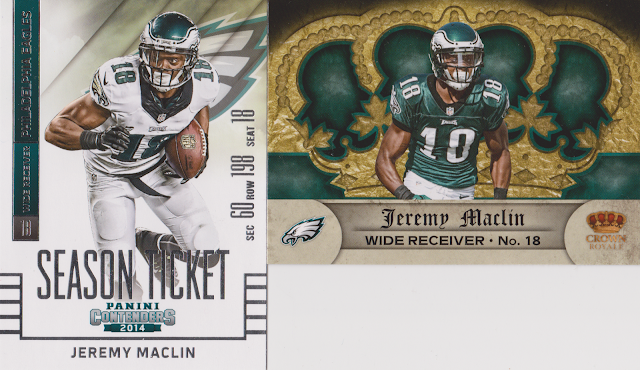 A couple more of former Mizzou players, and starting this year could pose as a problem.  Since Jeremy Maclin signed with the Chiefs, the question is will new cards go into my Mizzou collection, or my Chiefs collection?  The answer is simple.  The order of operations for all cards are Royals/Mizzou/Chiefs.  Beyond that it will be a case by case decision.  So all Maclin cards (and Chase Daniel if he ever has any Chiefs cards) will first go into my Mizzou collection, then into my Chiefs collection.  Aaron Crow posed a similar threat but now he is with the Marlins, that isn't a problem going forward.

These cards I also won off Listia, which I honestly haven't been going to as much lately.  I like the Crown Royale card a lot.

At the Royals game I went to, my friend found some schedules and picked some up for me.  I couldn't find any Royals ones around here this year, so it was nice to get.  The other two are from their minor league affiliates, and my first ones of either team.  I'm hoping to catch a Storm Chasers game one day, I think it could be a lot of fun. 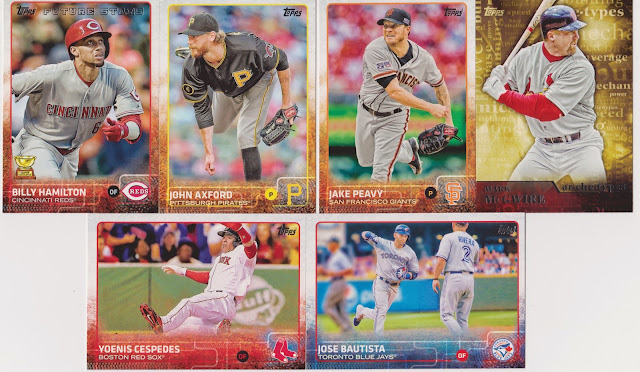 I bought a pack of Series one cards a while back and never showed them.  Nothing too impressive to me, but at least all players I've heard of and the pack was worth it. 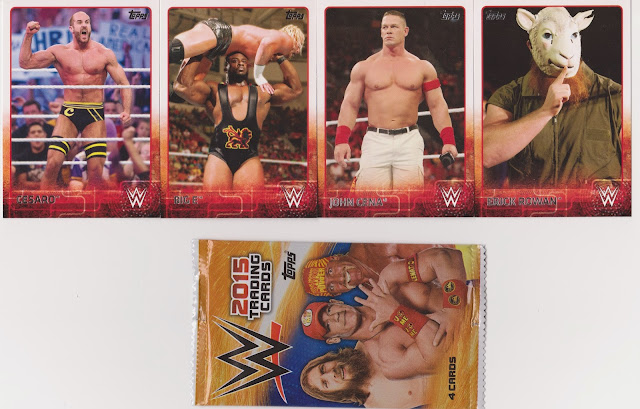 Also bought a pack of WWE 2015 cards recently (hope to find a box of the cards before the coupon expires).  Again, not too impressed, but I do like the Erick Rowan card, and its good to pull a bigger name like Cena.

Finally is some cheap cards I won on Listia.  I wasn't going to bid on the Schoendienst but it was really cheap, so I couldn't pass it up.  If I was outbid, no big deal, but I wasn't, so it will be nice next to all the Musial's I have.

Another Monsters of the Gridiron card I needed.  The cards have been going for a lot lately, so it was good to find this one cheap.  Most of the bigger names I have, so I hope the prices get cheaper again so I can get the rest.

I don't think there are too many Derrick Chevious cards out there so finding another one to my collection is good.  It will look good next to my Doug Smith and John Sundvold cards in my Mizzou collection.

Finally is another new Maddux card.  After a recent update, I now have over 130 different Greg Maddux cards in my collection.  The amazing part is there are still quite a few early 90's ones I don't have, so some I can still get for cheap.

That will do it for tonight, hopefully I will scan some stuff soon and be posting more.  Thank you so much for reading and have a great night.