TAKE ME OUT TO THE... CARGO LARGO?

Thursday was a fun filled day.  I went to the Kansas City Royals game against the Cleveland Indians.  As luck would have it, these were the same two teams I saw play last year.  All week the weather forecast looked less than great.  On the day of the game I looked at weather.com.  The forecast for my hometown: Rain almost all day.  The forecast for Kansas City: chances of rain beginning around 3-4 P.M.  So roughly about the 7th inning.  I was set, had my camera, some cash, my cool Royals shirt, and some Cracker Jack (I'm not eating anything at either Kansas City Stadium until I'm 100% sure they corrected ALL their cleaning violations.. well maybe a soda).

No rain as we leave, no rain as we get to Kauffmann Stadium.  We get in the stadium and I'm reminded of the seats... Section 431.  No big deal, I'll sit anywhere to be honest, but escalators come into play.  I'm not afraid of escalators, however, I am afraid of heights.  One set is fine, but then we had to take a second set.  Honestly, the height really wasn't the problem, it was the moving while going up.  Anyways we get to the top, and we find our section.

The usher politely tells us "rain is forecasted to start pretty soon, you may not want to sit just yet".  What does he know, it won't be coming until 3 to .... wait, are they putting the tarp on the field?  We sit down, and I snap a few pics, and about 5 minutes later it starts to rain.  Light at first, then fairly heavy.  I'm a bit bummed, but its still 2 hours until first pitch, its okay.  I can check out the Hall of Fame.  My friend and I did just that.  Unlike last time, there was no line to get in.  Also unlike last time, there were TONS of 2014 stuff in the Hall.  It was nice on one hand, but on the other I wonder what I missed in it last year.  Anyways, we spent a great deal of time in there.

We go back to our section and its still raining.  Its getting closer to gametime, but still plenty of time for it to clear up.  The place is packed, filled with kids.  The day we went was Kids Day at the K, an annual event sponsored by the local Fox affiliate where they have weather related stuff on the field, and other fun things.  Luckily all that happened and ended before the rains came.  I did some walking a bit by myself, and came back to our section.  Raining really good now.  Look at the big screen, and see its almost gametime.  Well, we are in a delay.  We did get to see the Tigers and White Sox game on the screen if we chose to.  People were starting to leave the section and it was thinning out a bit and the usher came over to us. "We're in a rain delay.  You can go to your car, but have to be back in before first pitch (something to that affect).  They are hoping to start by 2:30."  It was about 1:15 now, and so while everyone else went to the car, my friend and I walked around the Stadium again.  Essentially we looked at almost everything we could.  Explored the kids area, multiple team stores, took a picture with a giant ice cream, somehow found a long hallway with nothing in it (then suddenly a long line for something called Craft & Draft).  Made our way all around the place.

Then we thought, there are no ushers, let's get closer to the field.  Which we did.  We stood beside and above the KC bullpen, then the visitors dugout, and almost everywhere.  We got everything except behind home plate (the Diamond seats) where the Buck O'Neil Legacy Seat is at (but I did get a picture).  The only place left if I ever go back is the actual field, the suites and announcers booth and the team clubhouse (which I doubt we would ever be able to visit those places).

Around 2:30 the game was still in delay.  We were tired, and figured it would be late before it started so we decided to leave.  The usher at the gate told us she heard possibly 4:30 would be the next tentative start time, so we left.  We decided to go to an outlet shop called Cargo Largo then head home.  In the end, by the time we got to Cargo Largo, less than 20 minutes later, it cleared up and the game started at 3:30.  The Royals won the game, and I saw some good photos of the game from people who went with our school kids (which I never saw but couldn't tell who they were if I did see them).

I know this is a long post, and no pictures, but I do have some pictures to show.  I will show the pics from the stuff I got at Cargo Largo.  I'll save the gameday pics for a later post.  I don't think I need to show the bottle of Coke I bought.  In total I spent about $35.  It was a bit more than I planned, and its possibly because I wanted something in hand when I got home. 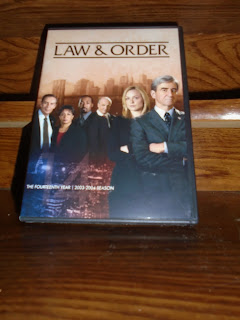 Let's start with something I got for my mom.  This is season 14 of Law & Order.  Yeah I know its on 27 hours a day, but our cable sometimes goes out, so I figured she'd like it, which she did. 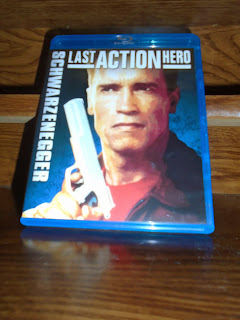 This was a impulse buy.  I've wanted this movie on dvd for a while, but I'm cheap and even at $5 have passed.  I bought this because it was cheaper than that.  However the drawback is I don't own a Blu-Ray player, so I might have to go to a friends house to watch it.  DO IT NOW! 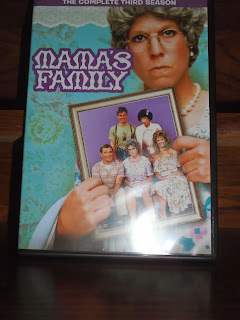 I was excited to see this.  Since it has been released on DVD I have wanted it.  This is season three, which is also the first season they ran in syndication.  Season 3 on was the better years to me.  It is a bummer though because the first disc deals a lot with death, so its not as funny as I remember it.

At this point I want to remind everyone again that I spent about $35 total.  The soda was a little over a buck, and taking off taxes, it was about 30 bucks.  I also bought some cards which totaled about 7 bucks (I'll show them in a future post).  Not bad I think.

BUT WAIT, there's something else I got on DVD. 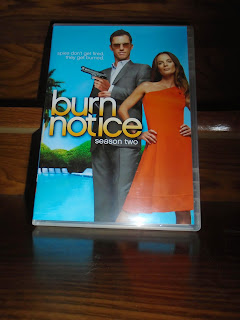 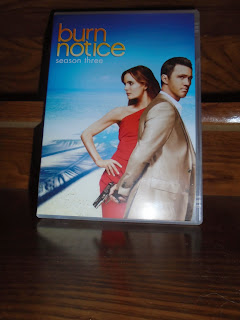 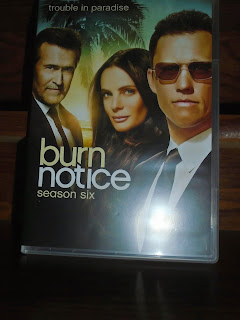 SEASON SIX OF BURN NOTICE!  I got Seasons 2, 3, and 6.  So in total I got almost half the series for dirt cheap.  The only one I paid full price on was 6 which was still only 8 bucks.

All for under $35!  The deal was 75% off red tagged DVD's/Blu-Rays.  I had a few more in hand, but passed them up at the end.  I even saw a Blu-Ray season of Friends for like $4 (I think BEFORE the 75% off).  If I saw more seasons of Burn Notice for under 8 bucks I would have gotten them.  I passed on Major Crimes (my mom likes that), Rizolli & Isles (I like that), and Eastbound and Down (still seemed high to me) among others.

I hope next time I go they have another special like that.

That will wrap it up for today, I will post the cards I got soon and pics from the game (kinda) soon as well.  I also got a surprise package I need to discuss soon too.  Thanks for reading and have a great night!