I was 10 years old in 1992.  I know that I watched football before then, but nothing really stands out in my memory.  On of the first memories I do have though is a game between the Kansas City Chiefs and the New York Jets in 1992.  I don't remember who won the game but I believe it was the Chiefs, however, that wasn't what stands out.  As I watched the game at my Grandma's house with my Dad and Uncle's, a player got hit and didn't get up.  Later it was revealed that he was paralyzed on the play.  The name of the Jets player was Dennis Byrd.  I remember that moment, but to be honest, I never heard of him before, and to be honest I didn't keep up with him much after it happened.  Again, I was a kid and it was largely due to possibly not understanding the severity of what happened, but even after I became an adult I never looked up what happened to him until a couple years ago.

I found out that he battled and fought and was able to walk again.  In fact I only found this out after I bought a book and instead of reading the book, I looked up his biography on Wikipedia.  I don't think I have that book anymore because when I moved stuff out of my house earlier this year, I decided to leave quite a few books behind because I usually don't read them.  Looking back now, I regret this mistake. 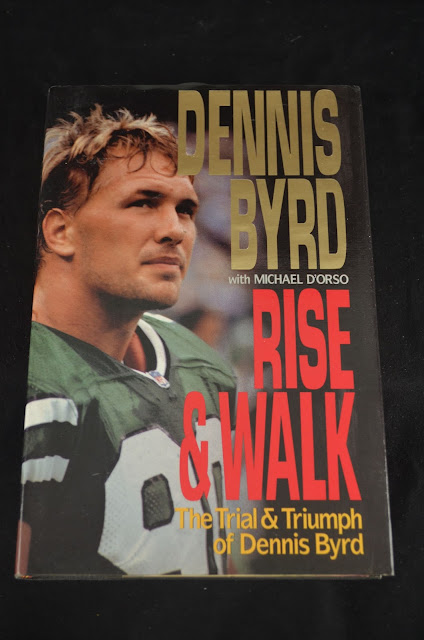 I found out late last night that Dennis Byrd passed away yesterday from a car accident in his hometown of Claremore, Oklahoma.  He just turned 50 a couple weeks ago.

Being honest here, I don't have much more to tell on his life, so I though I would show some of his cards.  I only have one of his cards, a 1990 Topps Disclaimer Back card, but thanks to the Trading Card Database, they have many of his cards on the site.  So here is a card tribute to Dennis Byrd, may he rest in peace. 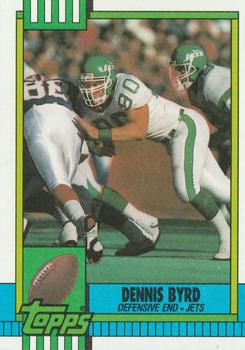 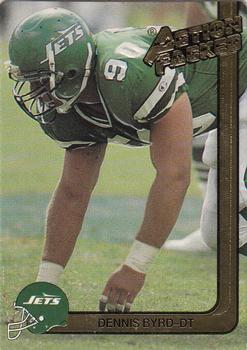 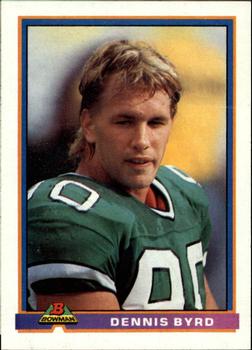 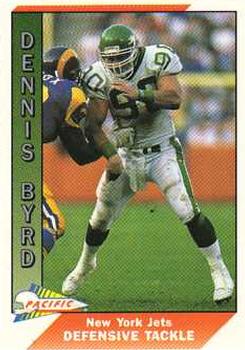 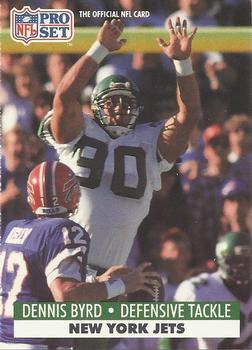 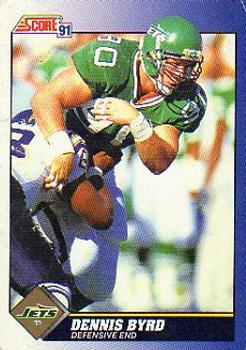 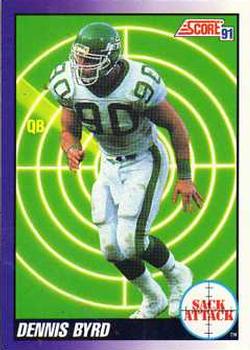 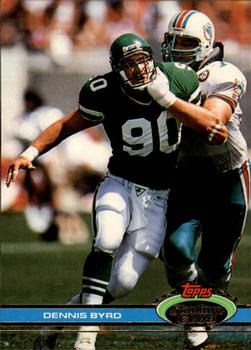 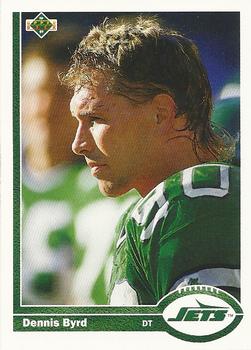 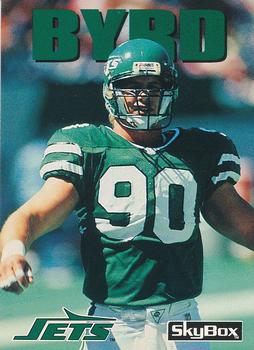 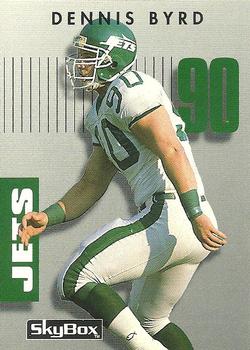 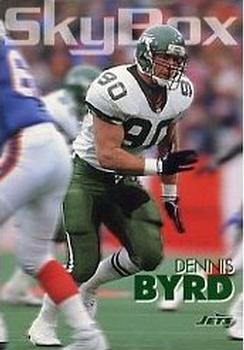 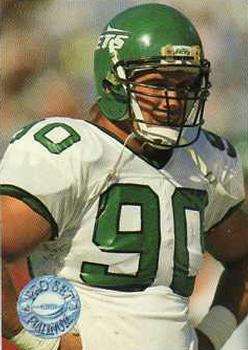 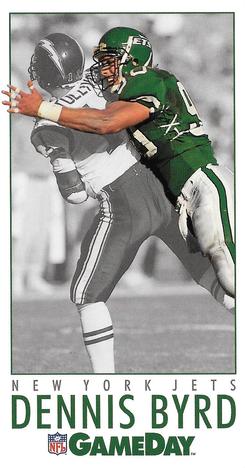 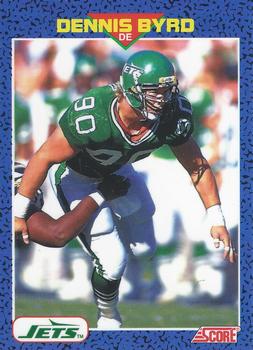 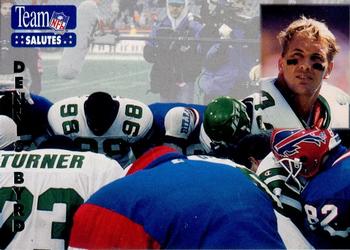 So with nothing else to add, I will wrap it up for the night, thank you all for reading and have a great week.

Email ThisBlogThis!Share to TwitterShare to FacebookShare to Pinterest
Labels: R.I.P.