So I was at Walmart a few weeks ago and as I mentioned a while back my local store expanded their card selection, and included a clearance box of random stuff.  So I found a cube that had random packs in it targeted for boys.  They also had a cube for girls.  They were only 5 bucks and I figured I'd give it a shot.  I really wish I didn't.  In fact I might grab the girls cube next time and probably have better luck.

What made it so horrible wasn't the amount of cards included, but WHAT they were.  98% were gaming cards and I have zero interest in those.  I grew up when Pokemon and all that crap was taking off and until I got this cube I could say aside from some WCW and WWE card games, I never had any gaming cards.  Now I have a bunch with nothing to do with them.  So let's dive into what I got myself into.

Did I know I'd get some gaming cards?  Sure I did, they also had loose cards in the cube and I could tell they were gaming.  What I didn't expect was so much of it.  I thought it would also have a bunch of old movie cards (I was hoping Transformers, Guardians, Star Wars, and more).  Instead I got ONE movie pack, a Lord of the Rings pack that was movie related I think, some dog tags, and a bunch of gaming stuff.  I think the girls stuff would be better.  Even if it would be tons of My Little Pony Stickers or Frozen.

So let's see inside the packs.

First the dog tags.  One was chipped, and to be honest only the odd shaped Beyblade one interested me, though I was happy I got a Transformers one. 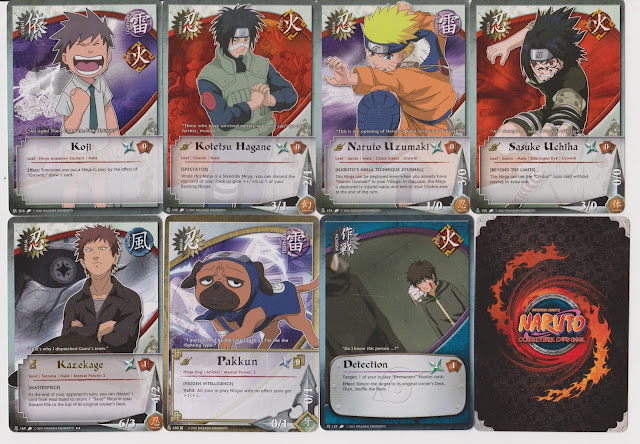 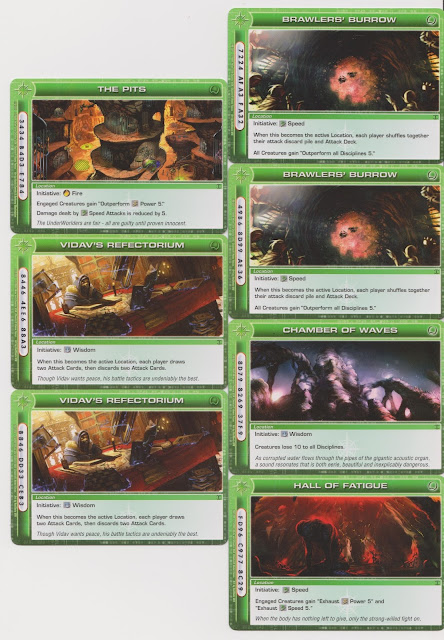 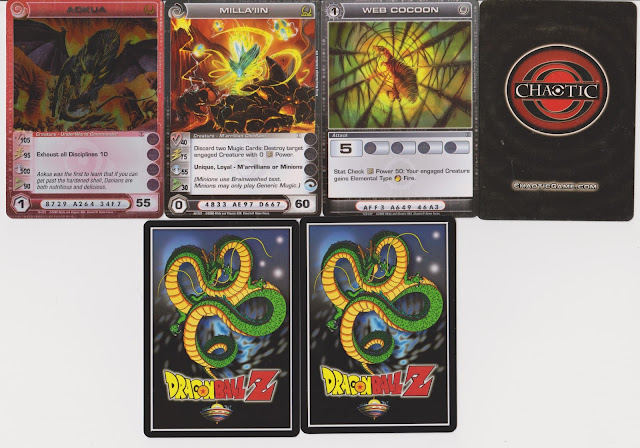 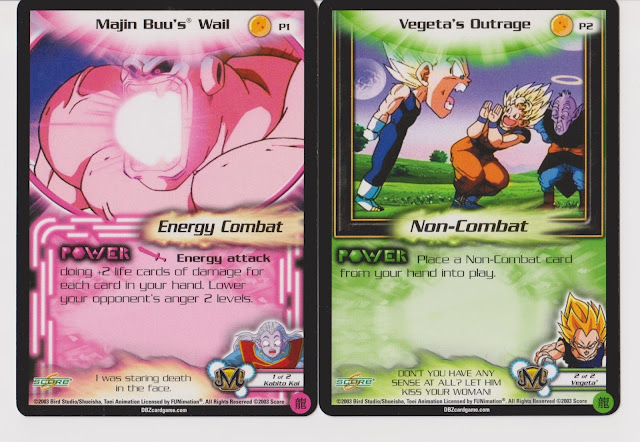 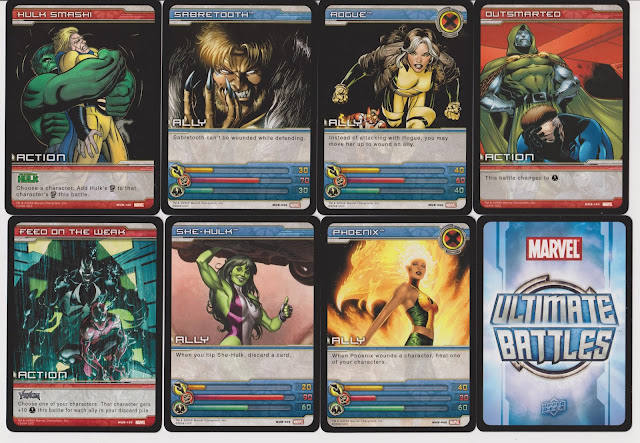 Naruto? Chaotic?  What is this stuff?  Even the Marvel Ultimate Battles confused me.  If anyone thinks any of these have value, let me know.  I really am clueless.  The worst part is I tried to find info on the on the Trading Card Database, and couldn't find some of the sets.  I chalk it up to me being clueless more than them not being on there.  I'm so glad I didn't get into the gaming culture.  I don't look down on those that do, I am just glad I didn't because it would have been more money spent.  It also might have taken my love of sports or card collecting down a few notches.  Aside from Chaotic, I have heard of all of these, so there is that I guess. 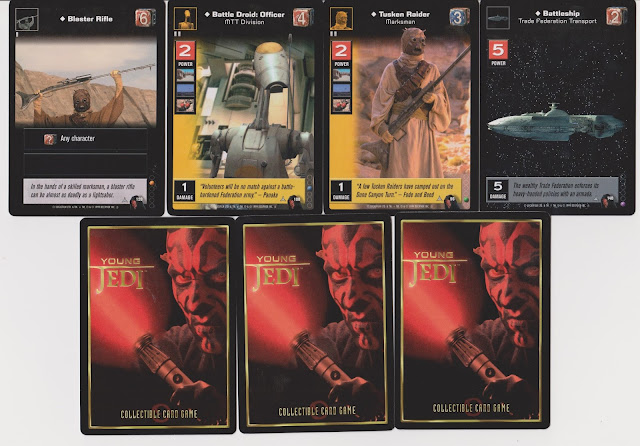 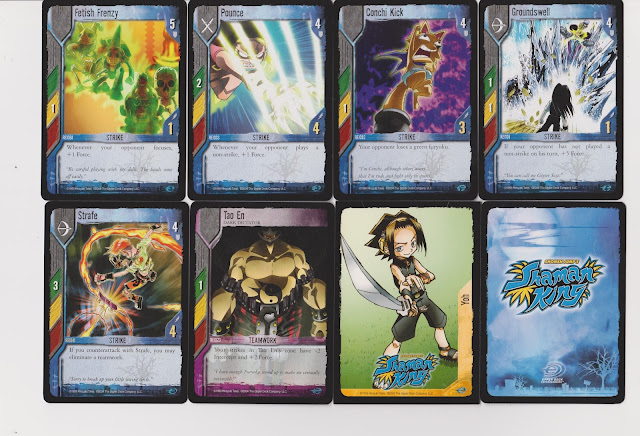 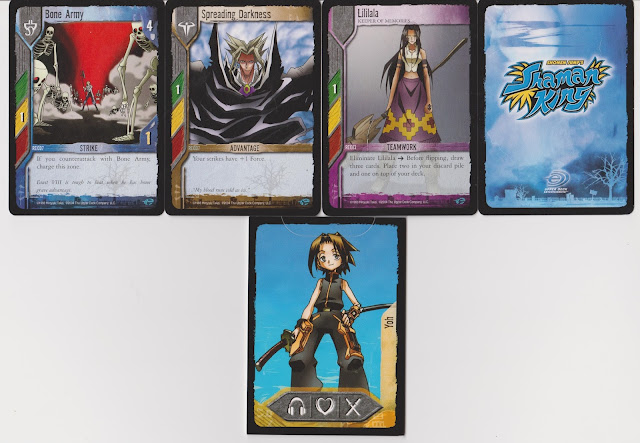 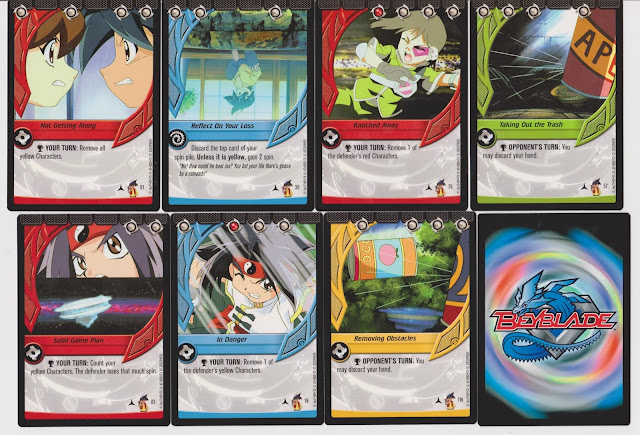 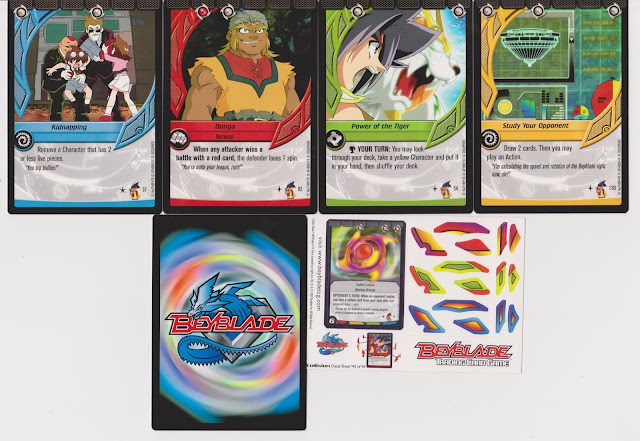 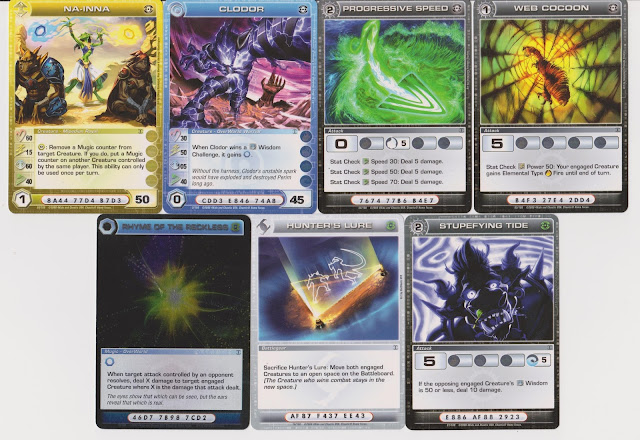 More stuff, at least the Star Wars stuff vaguely looks familiar.  That reminds me I never watched the newer trilogy (Phantom Menace I did, but not the other two), and should do that.  Turner Networks recently got the rights to show all the films and last week showed them in number order minus the one that came out last year, but they have the Network Cable rights to it.  I watched a few minutes of it, but not much.

I never heard of the Shaman King ones, but have heard of Beyblade so whatever.  None of this is making sense to me.  My thoughts so far was "well, at least I got a cube to put cards in", but I knew there was a Captain America movie pack because it was on the outer layer and could see it.  I also forgot to scan it, but I did get a pack of Series Two cartoon pack of Teenage Mutant Ninja Turtles, straight out of 1990.  It caught my interest because I still need two cards from that series and had high hopes.  I didn't get either, and the cards were ruined by the gum, so I missed out all around. 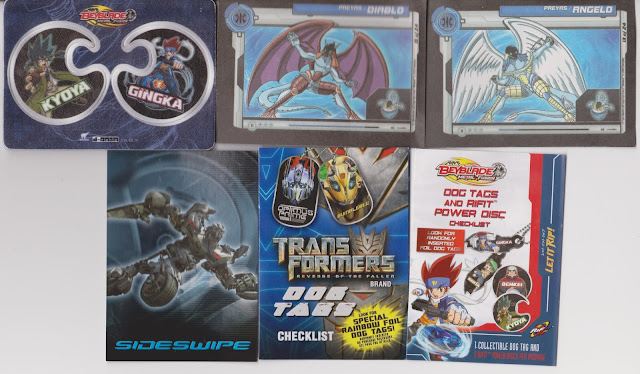 This is packaging from the dog tag packs, and the Beyblade one on top is some foam discs.  I don't know what they are for, but they were kinda cool.  If I was into the cartoon on TV at any level I might have been more excited about these.

I guess these are movie related, but not really cards.  At least not to me.  Full disclosure, since I already blew your minds that I never watched Star Wars (until earlier this year), I've never seen any of the Lord of the Rings.  Harry Potter either for future reference.  Neither interested me, and I was an adult when they came out, plus I never read the books, so I have no attachment to them.  Friends seem to think I watch a lot of movies, which I do, but I'm more of a music guy than a movie guy.

So I don't know if these LOTR things were a good pull or not, so if they are, let me know.

Okay, so the only pack I knew I was getting was also the only one I seemed to care about, now its time to see if I got something great and made up for all this.... whatever it is. 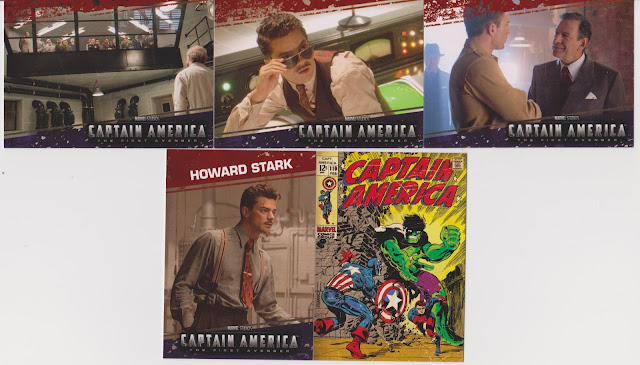 FIVE CARDS?????  That's it?  UGH!  Might as well let it out, I never watched Captain America either.  It is one I'm not opposed to watching, I just never got the chance or had much interest in seeing it.  I do like the comic book card though.  Otherwise, not a bad design, but would be nice to get at least a couple more cards.

So the boys cube was a bust.  I think the next time I'll get the girls one, I mean it can't get any worse... I guess some Justin Bieber cards, but being a music person, at least I know a little about him.  More than I want to admit, but still.  Plus if none interest me, my nieces could always enjoy some stocking stuffers.

So that wraps it up for today it feels strange writing on back to back days after not writing much the last month.  I still want to break last years post count so I hope to be writing much more this month.  Thanks for reading and have a great day.