While I am mostly better from sickness, I do still have a lingering cough, I took a few days off blogging and most of the internet to play some Xbox 360.  For some reason I had a feeling to play some Saints Row 2 and decided to start at the beginning.  I'm like 30% done with the game again, not bad since I never beat it and only got 85% completion ever.  I don't care about beating games as much as having fun playing them.  It was great to go back and play it and I plan to play more later, but I knew I had to get back to blogging.

I've spent time on other things lately too, as I've been working on a couple things for my blog and my goals for 2016.  Today I also did some scanning.  Yesterday would have been my sister Andrea's 39th birthday, and I promised friends and family I would find pictures and post on Facebook.  Since I did that I figured I'd do some other scanning, and now I have a post to talk about.

Let's look at some cards. 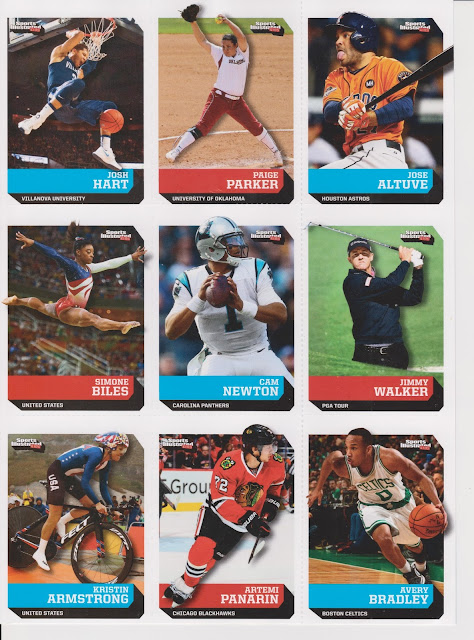 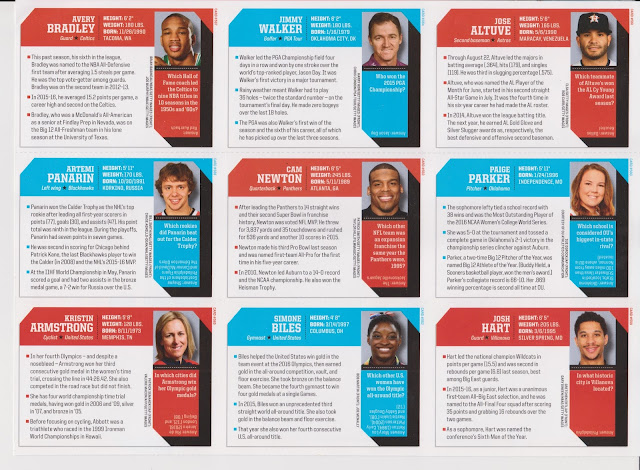 Got the newest issue of Sports Illustrated for Kids the other day.  I scanned this in case the Trading Card Database needed them scanned.  Some good ones this time, I like the Biles one and the Altuve ones the most.  The Jimmy Walker one though is DY-NO-MITE!!!!!  Wait, I think I confused him with someone else. 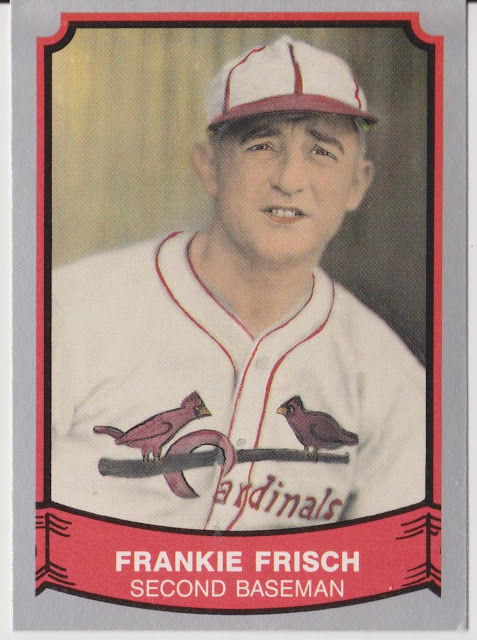 I spent a lot of time away from Listia lately for a number of reasons, but mostly because I had no time and because I was running low on credits.  I have about 50 cents worth of credit left so wins are hard to come by.  However I get a few good ones recently including this Frankie Frisch one.  I like this set so when I see some cheap I bid.  I'm surprised I won it, but happy I did. 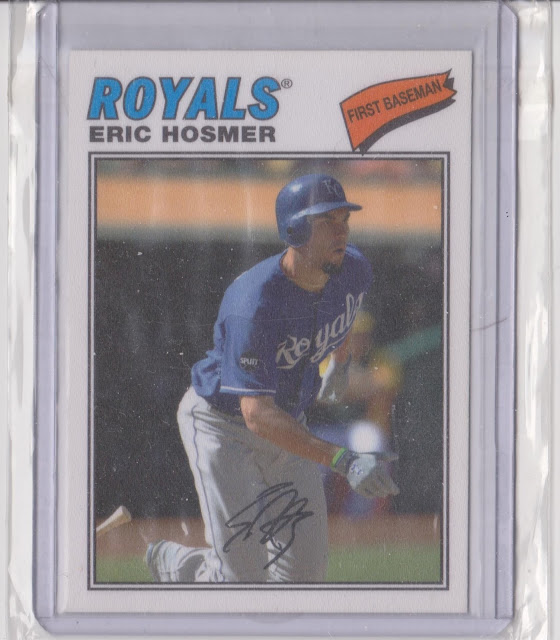 I never knew this card existed until I bid on it.  It appears to be a silk screen sticker card or something.  I have no idea what it is, but it was cheap and I bid higher than normal but still was the only bidder.  I was real happy when it came.

I have to use my credits with care when bidding and I almost passed this auction up when I first saw it.  Sure it was for 499 credits (current credits are about 20,000 for a buck so mega cheap), but I didn't need any of these though I do miss the old Broncos helmets.  The jerseys, not so much.

I bought it though for these other cards included. 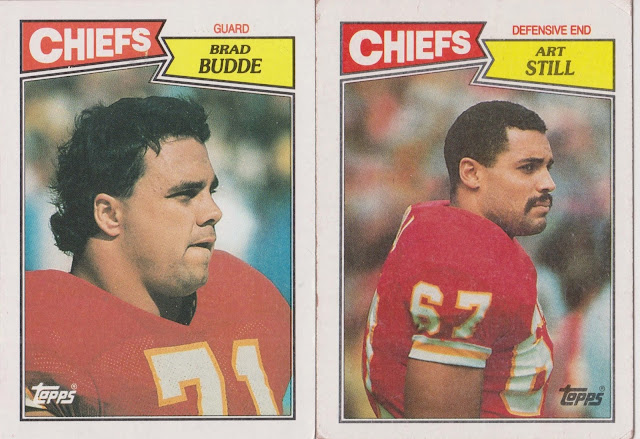 Sure more cards I didn't really need, but they were older Chiefs I didn't have and while I don't need every Chiefs card, maybe one day I'll work on getting at least one Chief card a year.  The only downside was the one card I wanted most, the Art Still, was the one in worst shape.  It seemed to be coming apart slightly, but I can't tell if it was my fault, the sellers, the post office, or whose.  At any rate getting any cards for under 10 cents is a great deal.  I'm not too mad.  I didn't spend much on all these combined and if I keep an eye out, I might get more deals soon.

As for the planning for the site, I'll have details soon, its nothing major, but it is something I've wanted to do for a while, and something I'll have fun doing.  I've already worked on a couple things, so while I'm not posting as much, I am still working on it.

So that wraps it up for today, thanks for reading and I hope everyone has a great weekend.