Let's All Go To The Movies!

I had to make a trip to Walmart today, and it was the first time I've been out of the house more than a few minutes this month.  On the way I decided to stop at Savvy Seconds since its been a few weeks.  They have almost every holiday covered- Halloween, Thanksgiving, Christmas, Easter, Independence Day, you name it (except Valentine's Day though).  This time didn't seem like much to offer, even the books weren't that great.  However I noticed on the door a sign that said 10 VHS tapes for a buck, or 5 for 50 cents.  Now I don't have a working VCR at the moment, and to be honest, I don't need more VHS tapes, but hey what does it hurt to look.

I found 5 that I decided to get, and I will show them off today.  Actually I found ONE that I wanted and the other 4 I might be interested in if I get a VCR to work.  Let's take a look. 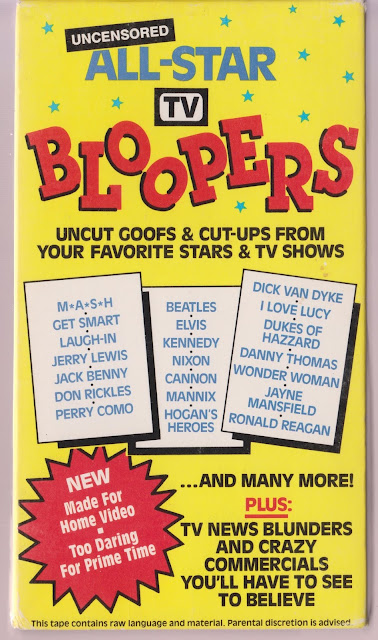 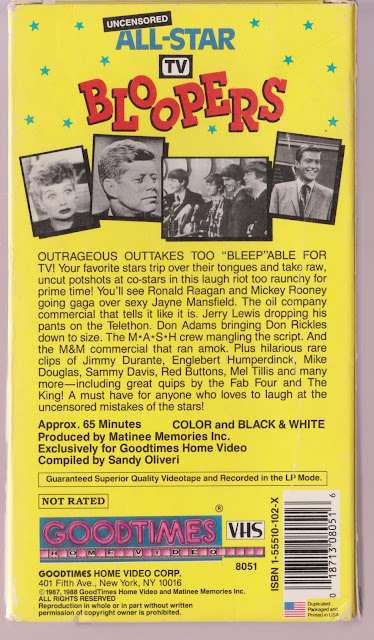 This was the last video I picked.  If I had a better option, I would have gotten it.  But I didn't see a New Kids on The Block VHS and I know enough about the Spice Girls that I didn't need an inside look at the band.  Though if Spice World did come on TV I would possibly watch it.... AGAIN...  As for this one, I might get one view out of it so 10 cents is worth it I think. 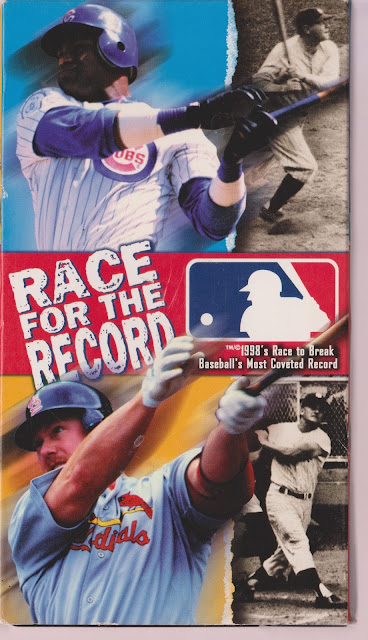 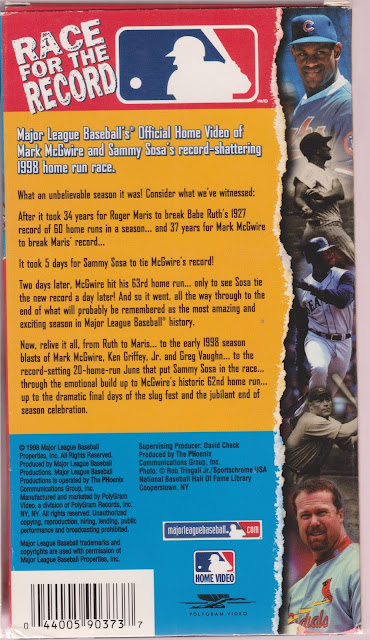 I remember the Race to 61 then to 70 and even though I didn't care for either McGwire or Sosa at the time or since, it was another one I think I can get one view out of.  Most of these were sports related just because actual movies for the most part are on DVD so finding these likely out of print tapes are good.  I might be on the search for a couple movies that I never saw on DVD, but otherwise I'll stick to the sports ones. 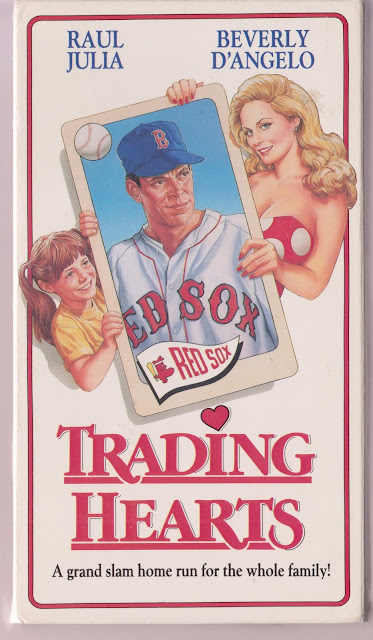 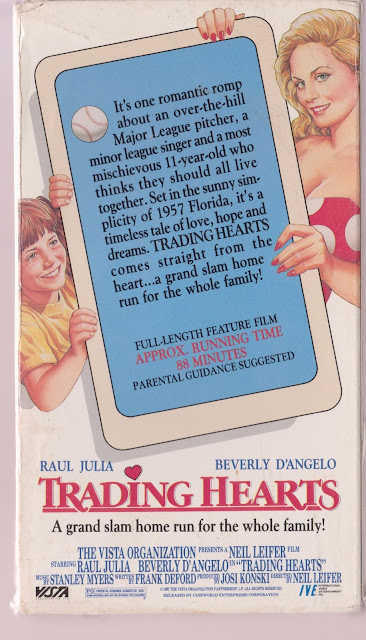 I never heard of this movie though and its been there a couple months now so I figured why not.  Maybe I'll give a report if I ever get to watch it. 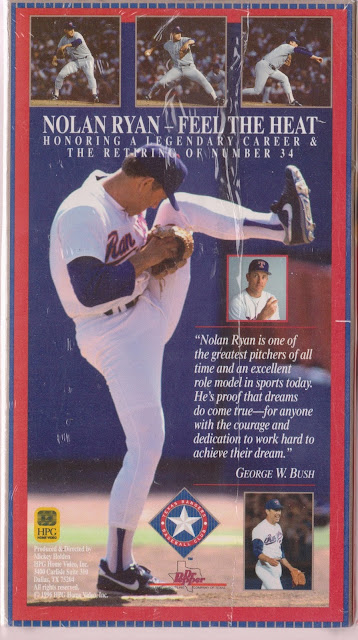 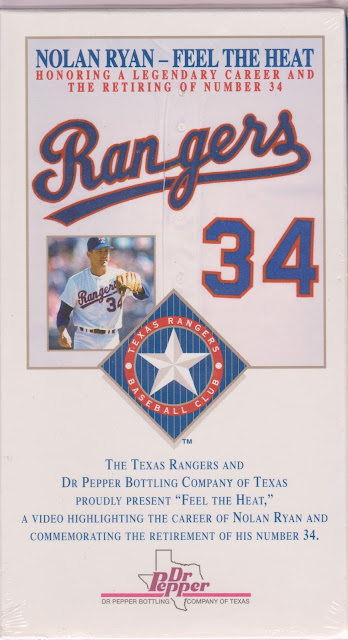 After a second scanning the movies I came across this sealed Nolan Ryan tape  I like a lot about this, especially the Dr. Pepper sponsorship.  I'm not sure if I really want to open it up if I did have a VCR.

So all of these were basically filler, but to be honest, 10 cents a piece isn't a bad deal for them.  It was the last tape I saw that I wanted to get.  Well, the first tape I saw, but for this purpose the last tape. 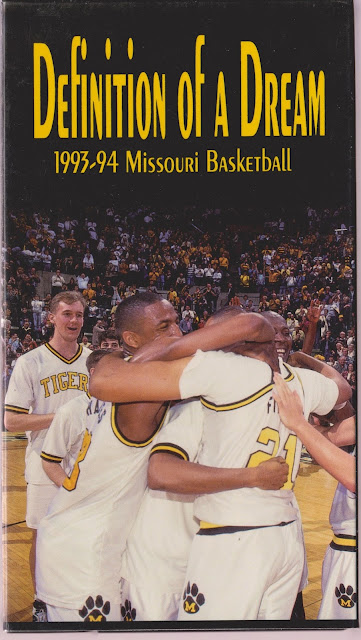 GLORIOUS!  if a Mizzou VHS tape is ever within my eyesight, I'll take a look.  I have a couple already, but I didn't have this one, so I knew I had to get it. 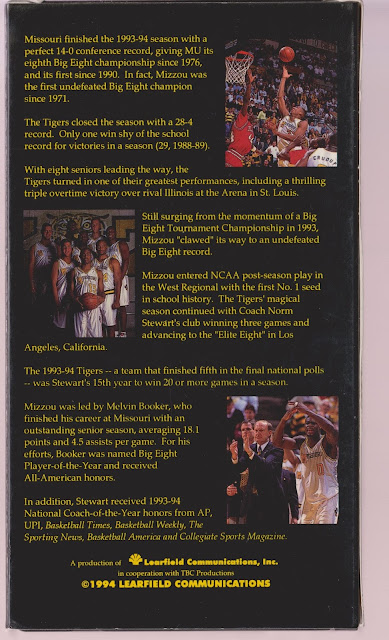 This team was so memorable to me and finding this made my day after being sick for two weeks then having a couple other things happen recently.  So it brought a smile to my face.  I would have paid 50 cents for this one tape, so the other ones were just icing.

I can't wait to find a working VCR so I can watch it.  I might even try to put it on DVD like I did the other Mizzou VHS tapes I had.

So that wraps it up for today, I need to wrap it up so I can get a couple things done before Scorpion comes on, so thanks for reading and have a great night.