It hasn't been real long since my last edition of Ranting and Raving, but I imagine a lot of people want my thoughts on the Royals trade of Wade Davis, and the ones that know my fandom of wrestling might be curious of my thoughts on Linda McMahon.  I also might throw in some thoughts of Roku so far too.  I'm starting this right as the Chiefs game against the Raiders is about to begin, so who knows when it will get done, but here we go. 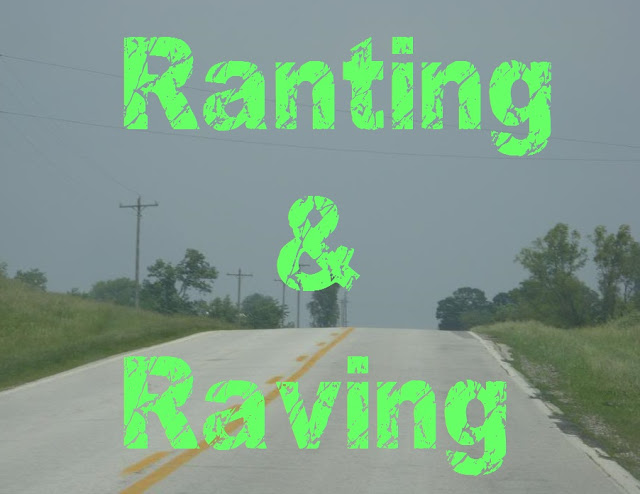 Let's get the Linda McMahon stuff out of the way first since it might not take as long.  I try not to get political on here because blogging is my escape from real world news but since Mrs. McMahon has ties to wrestling and I am an avid fan of wrestling (at least until this year) I thought I'd talk about it.  For those unaware, President Elect Donald Trump has announced former WWE CEO Linda McMahon to his cabinet as the head of the Small Business Administration.  For some this came as a huge shock.  To me it didn't surprise me at all.  Some think it is nothing but a joke, but I will say this.  Linda has had political aspirations for quite some time.  However, her attempts at political fame has resulted in failure.  I'm not saying she is a failure, but my only worries is that while she was head of WWE for quite a while, and in my opinion, in name only, I'm not sure how much she knows about "small business". When I think of small business, I think of someone working their way up from the bottom barely getting by and if they are astute, make it a success.  Even if Linda did have a heavy hand in the success of WWE, which again, I don't think she did (not saying she had NO part of it, just that Vince doesn't seem like the guy to give up too much power to other people, even his wife), WWE hasn't really even been considered a small business.  By the time Vince bought out his father, it was already a American success and was big business.  The success that grew by leaps and bounds in the 80's wasn't on a shoestring budget, but money Vince already had.  They did manage to build it up tenfold or more by the mid 90's but also faced many troubles, most importantly potential bankruptcy as late as 1997.  They did succeed though and manage to buy their competition (both ECW and WCW in 2001), but as a result the product became stale.  Despite becoming stale, it still made them lots of profit. They made it a public traded company and raked in more money.  As a result, it allowed Linda the chance to try her hand in politics.  After spending millions in 2 failed campaign bids for office in Connecticut, she laid low for a while but still had her hand in politics.  During Donald Trump's run for President, the McMahons gave him SIX MILLION DOLLARS.  It wasn't the first time Trump and the McMahons worked together on a few occasions in WWE including a few Wrestlemanias.  It was no surprise that they would be rewarded, my only shock is that she wasn't appointed to something in the education department since that is what a lot of her focus seemed to be on during her campaign and after wards.  In the end, I don't know if she will do a good job or not, and to be honest, I don't see her holding the position for more than a couple years, but I don't really have a problem with her holding the position if she can manage to do a good job.  However I think a person to keep an eye on is Shane McMahon.  I don't know his political views or aspirations, but I think he has a good business acumen and has proved that he doesn't need the WWE to succeed in the business world, I could totally see him at some point in the Trump Presidency get a look for some sort of position.

Okay, so the Chiefs didn't start so hot with a muffed punt and all, so let's talk about the other Kansas City team, the Royals.  The Royals made some waves a couple days ago when they traded their top weapon in their bullpen Wade Davis to the Chicago Cubs for Jorge Solar.  On the surface some people are not happy with this trade.  To be honest, I am okay with it.  Sure I would have liked maybe one more piece thrown in, but I can't complain.  There are many aspects to this trade to look at.  The biggest is that Wade Davis is a free agent next year.  Kansas City already have a lot of contracts to get done after the 2017 season, and there would have been no way for the Royals to keep him.  The question then becomes what can they get for him.  Sure they could have asked for the farm for some team and get a ton of prospects for 3-4 years down the road, but they also realize that this team won't be the same after next year.  If they resign Eric Hosmer, most the other players will be gone.  If they don't resign him, they still need to fill other gaps too.  Point is, they have one more chance to go for it all before start a potentially long rebuilding process.  So they needed someone that could be an impact now, likely an outfielder or a second basemen, and that has a few years left on his contract.  Jorge Solar is possibly that man.  He fills the right field gap that is desperately needed, he could be an impact player to begin the season, and he is under contract until 2020 if he doesn't decide to become arbitration eligible (which we know he will, but that's still I think 2 years away).  I think it was a very smart trade, even if Solar doesn't translate into the player we all hope he will be. Much like in 2013 when we traded the farm for James Shields and Tampa graciously threw in Wade Davis, its a risk the team needs to make.  I was okay with that trade, and trust in them again this time.  Davis I don't see becoming any better than he has been the last couple years, and again, while I wish we got more, we had to trade him when we could get the best deals.  This trade won't fix other needs they need like starting pitching, and now relief pitching, as well as a possible second baseman, but it still made sense.  I've heard they are serious in trading Jarrod Dyson if they can get something good in return, and I think with that trade they would be smart getting some prospects.  A few teams have shown interest so we'll see what happens.  I've also heard they might be looking at the Cardinals' Kolten Wong, which I think would be a good move as well.  In the end, I think the Royals will be a contender this year, but if they can't get a couple more trades or signings worked out it could be a long year.

So this game has been a little lackluster but before I wrap this up tonight I'll talk about Roku a bit.  When I got it, I figured I'd spend a while messing around with it, and I have.  I have a few free trials, but thought I'd get used to the other channels first to see what I would mostly be watching.  I also need to probably upgrade my internet speed before I get Sling or Netflix, but so far the speed is good.  I mostly have been watching news, including local news from Louisville, Dallas, Tampa, and a few other places in addition to Kansas City and St. Louis.  I like watching news from other places even if I don't know a lot about the place, but I keep watching Louisville because I liked it when I visited there 20 years ago and would love to go back someday.  Among the other channels I've found, I got a couple channels dealing with cats, ABC, PBS, Fox, NBC, and some other odd ones.  I found one that shows Roller Coasters which is kind of fun in short spells.  I've also found cool channels like Plex, Pluto, a couple Christmas Channels, and Crackle.  So far I am very pleased with it.  I didn't think I would have found so many legit good movie and TV shows on there, but I have. I will be looking for more channels soon, but right now I have about 50 saved, and I add and delete about 10 or so a day, so I keep looking for more.  With the weather turning colder, I think I'll get more use out of it soon.  Especially since I have Plex and Youtube on there.  Once I get bored, I'll use the free Sling trial.  If I like it I might keep it, but I still have cable here and while its not real impressive, I don't think I'm ready to part with it yet.

So with that, Chiefs have the ball again as quarter two begins, and I think I'll wrap it up.  Thank you for reading, and have a great night and a great weekend.