Soon It Will Be New Years Day

I had a very eventful Christmas.  The thing is that as a family we usually celebrate in January since the rest of the family is busy and we also celebrate my mom's birthday at the same time.  It works out much better.  With that being done for a few years now, I don't get many gifts on Christmas, but I do get a couple.  I also got a nice surprise last night too. 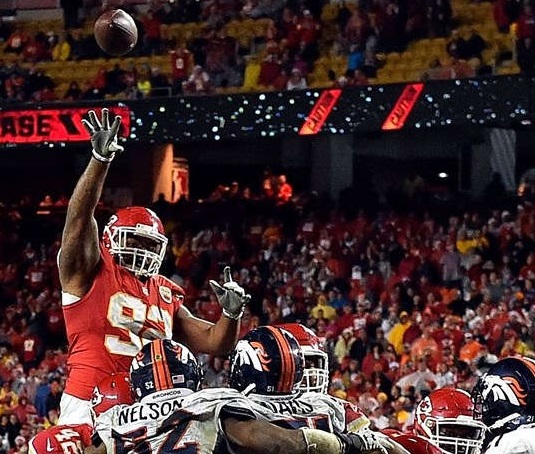 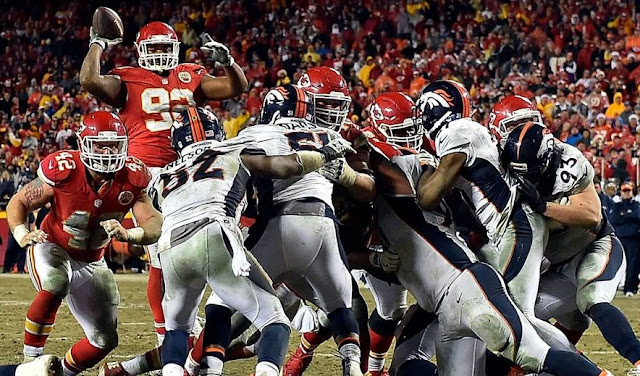 By the time the Chiefs battled hated foes the Denver Broncos, Kansas City already clinched a playoff spot thanks to the Steelers game.  However they still have more to prove as if they win out and Oakland falters, the Chiefs clinch the AFC West.  Since Derek Carr got injured, Oakland isn't in a good spot, but beating the Broncos wouldn't be an easy task.  Anyways the Chiefs took care of business and one of the best plays was by 346 pound tackle Dontari Poe.  HE THREW A TOUCHDOWN!  He's the biggest man to ever throw a TD and also has the record for the biggest man to run for a TD which he didn't do on this night.

So anyways actual gifts, my best friend stopped by and brought me three gifts. So tonight I thought I would show them off and to thank him.  Let's take a look. 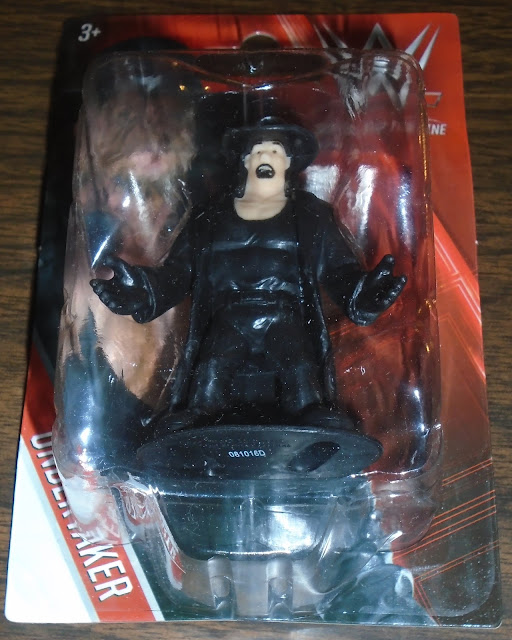 I got an Undertaker figure.  This is pretty small and cool.  Lately I've been better at keeping items in packages but I'm tempted to open this and put it on my display shelf.  I haven't yet but we'll see.  On the back they showed which other ones you could get. 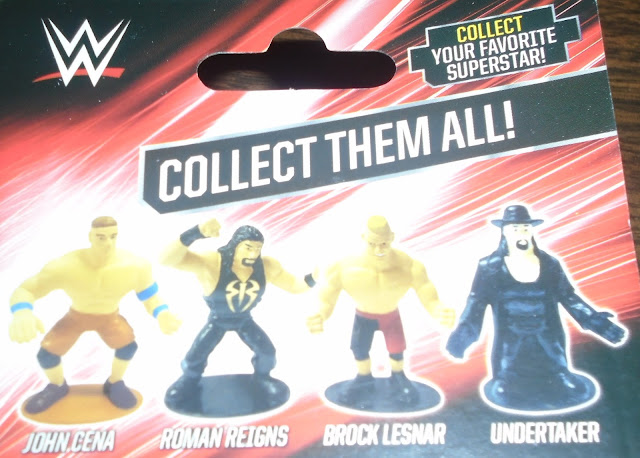 I know those are the biggest names in wrestling, but I would like to see some lesser names available.  Who wouldn't want a Heath Slater, Curtis Axel, or even Nia Jax?  Okay, maybe just me, but I'm surprised they don't have Women included like Charlotte, Bayley, Sasha Banks, and Natayla or the Bellas or even Paige.  Oh well, I still like it and happy I got it. 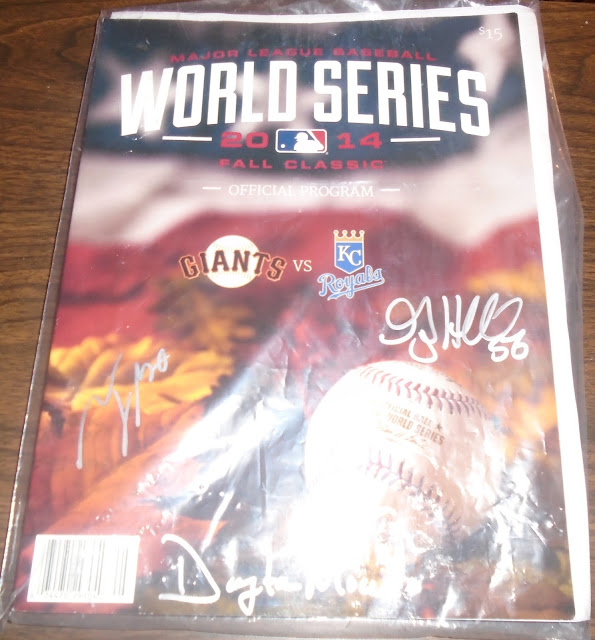 I've been wanting a 2014 World Series program since the Royals made their run but never got around to getting it.  While I know they won it all in 2015, I was even happier with their 2014 run because it took forever for them to make it back to the playoffs and I'll never forget the journey they took to get there.

While I was happy to get it, I didn't really notice the autographs on it at first.  He pointed out the names were included on a sheet inside, but I figured out two of them without looking. 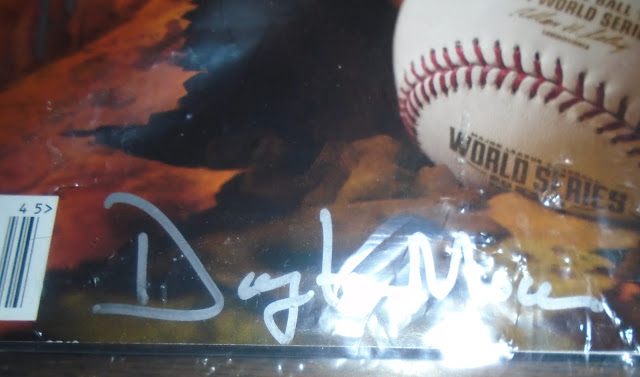 This one is Dayton Moore, I figured it out pretty quick.  I'm glad I got his autograph.  After I read his book I like him a lot more, so it was one I would have seeked out at some point. 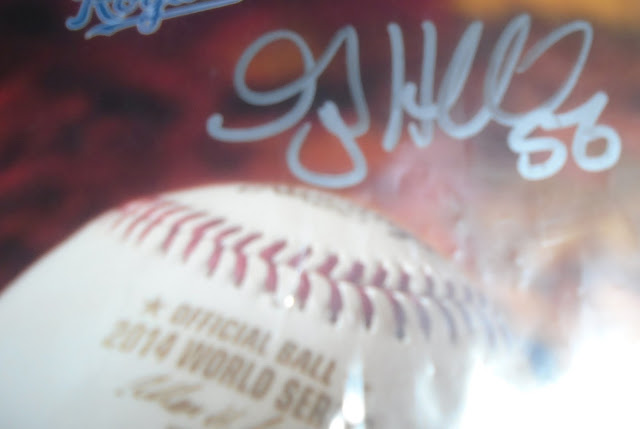 This one is of Greg Holland.  He was a vital piece of the 2014 puzzle, and it wouldn't surprise me to see him get the closer spot again if he comes back to Kansas City. 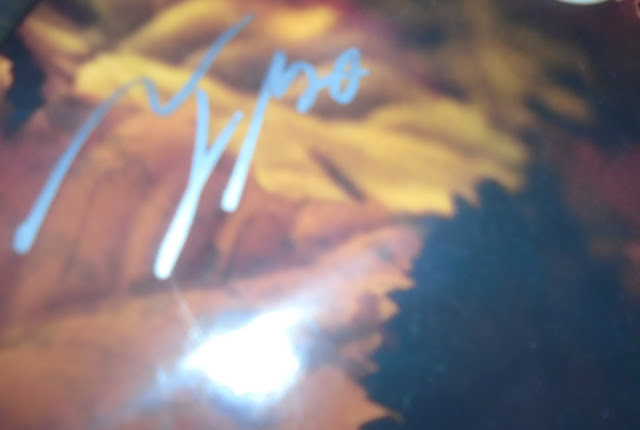 I couldn't figure this one out, so I decided to take a look inside to find out. 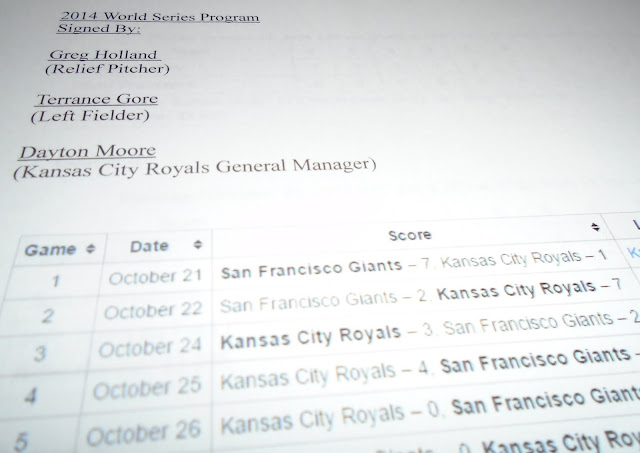 Oh, its Terrance Gore, that's pretty cool!  Also pretty cool is this page that has the stats from all 7 of the games.  It also has the box scores which is a nice touch.  Sure its just a piece of paper with info I can find online, but its a nice piece to include.  Also included was a Certificate of Authenticity for all the autographs.

This last piece though as I said I assumed was a baseball card, and it was.  Not just any card though. 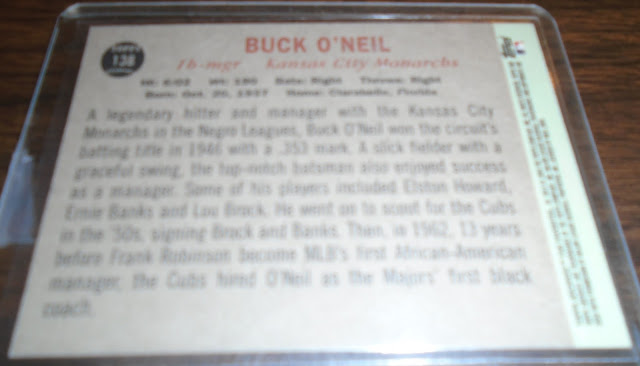 Its a Buck O'Neil card!  I don't have a lot of his cards, and I didn't have this one.  Its a very nice card and I love it.  Not because of the back though, its because of the front. 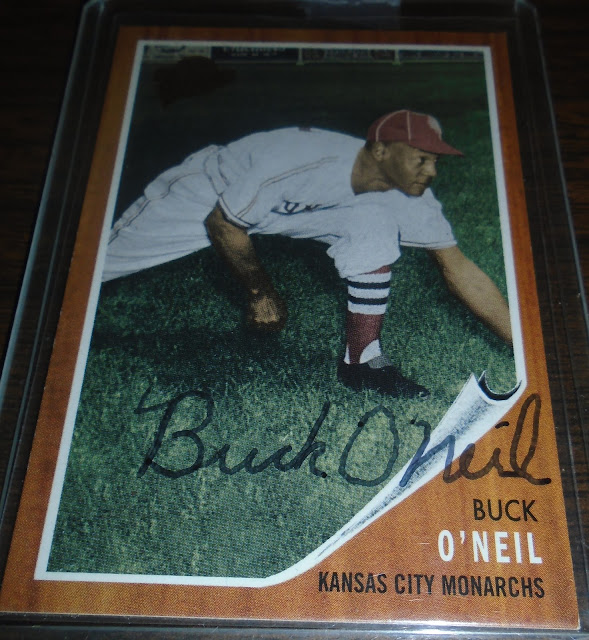 HOLY CRAP IT'S AUTOGRAPHED!  I never really told anyone, but I've wanted his autograph for the last few years, but figured since he has passed and not a lot of cards, I didn't think it would be a realistic goal.  Buck meant so much to the Negro Leagues and to Kansas City that I've always admired him.  Whenever I see something about him I read or watch it.  One of my favorite moments when I looked at all the stuff inside the Royals Hall of Fame at the Stadium was the bust of Buck O'Neil.  This will be proudly displayed for everyone to see.

Thanks again to my friend and I need to find something cool for him.  In the meantime, the best I can do is promote his Facebook page- Talkin' Truman.  He has amazing on field photos from Mizzou games, and you should check it out.

That wraps it up for tonight, now as I finish watching Monday Night Raw, I'll work on a few more posts to close out the year.  What was planned to be a short post might have to be multiple posts, but I need to work on it.  Thanks for reading and have a great night.