A few months ago (like last August) I bought a box of cards that had 20 packs in it.  I never posted until now even though I've had the scans since September.  I might as well show them off now. 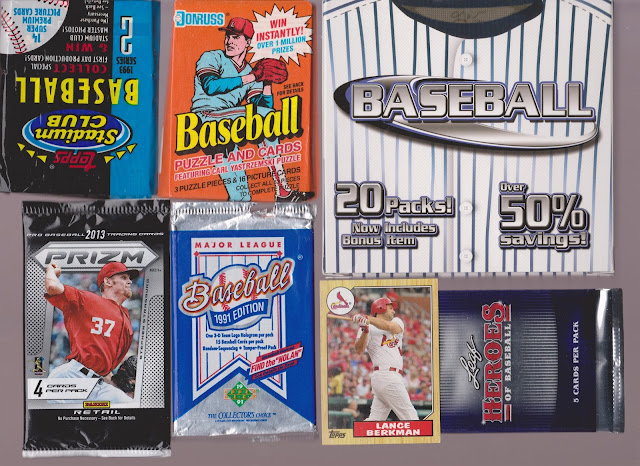 A little bit old, a little bit new, a nice combination.  The Lance Berkman was the Bonus Item, which was a bit underwhelming. 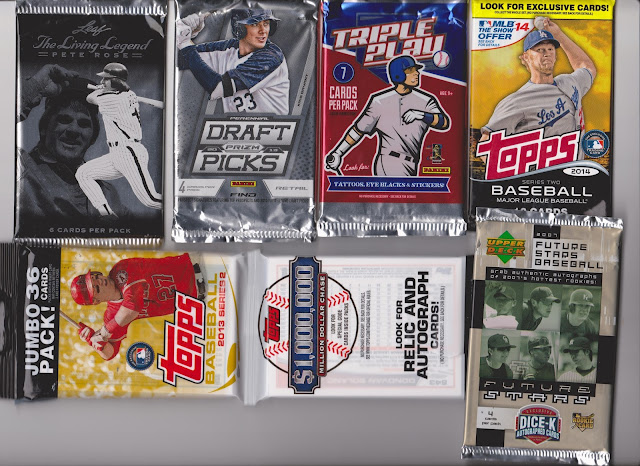 Not all 20 packs are shown because some were multiple packs so I didn't want to scan them all.

Since I have a lot of photos, I won't discuss much about these. 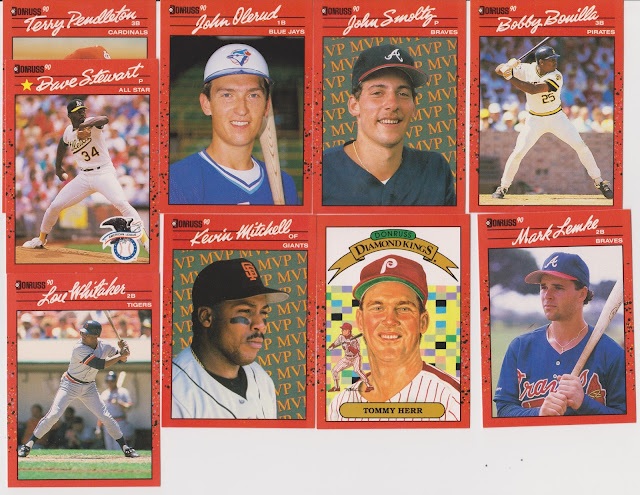 Not a bad pack, I like the John Smoltz and Lou Whitaker cards. 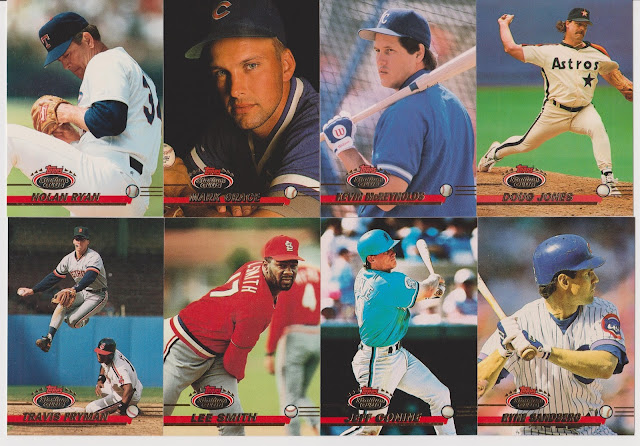 A really good pack with Nolan, Grace, and Sandberg.  This would have been a great pack when it was first released. 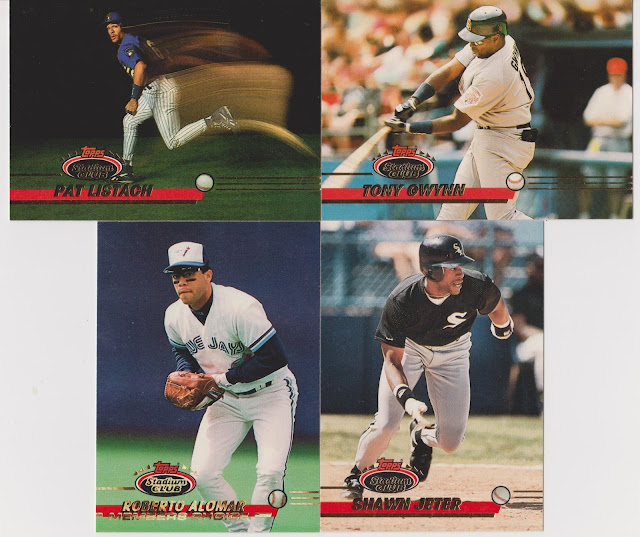 I pulled a Jeter!  Oh, wrong one.  Nice Gwynn card, and a Member's Choice of Robby Alomar. 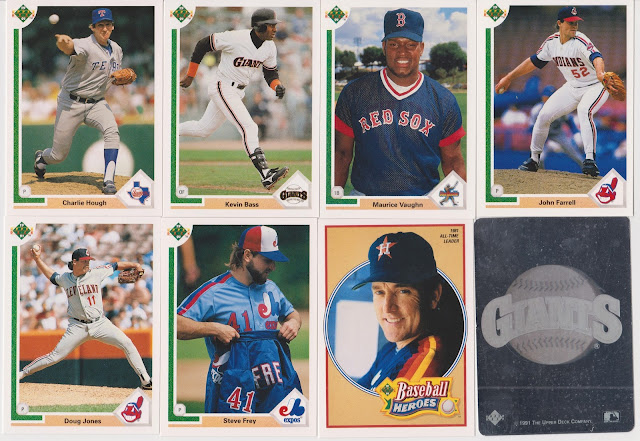 Another good pack.  I like the Steve Frey card the most for some reason.  Also the Mo Vaughn. 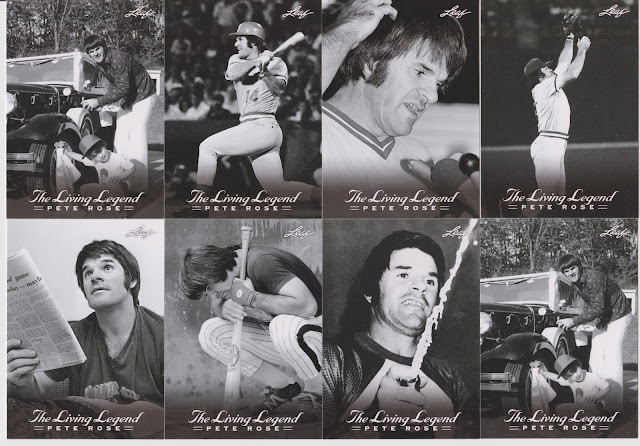 I already have the full set, but still some nice Pete Rose cards. 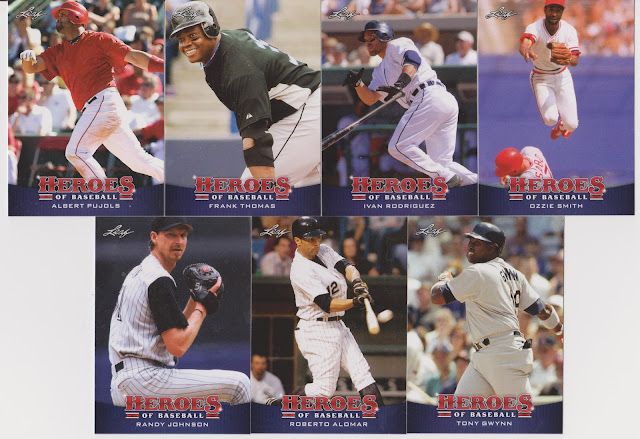 Never seen these before, but I like them even if they are unlicensed.  The Johnson one conceals it the best I think.  Glad I was able to add new cards to my Pujols and Ozzie collections.

3 Stan Musial cards is a nice way to boost that collection too.  I might seek out more from this set one day. 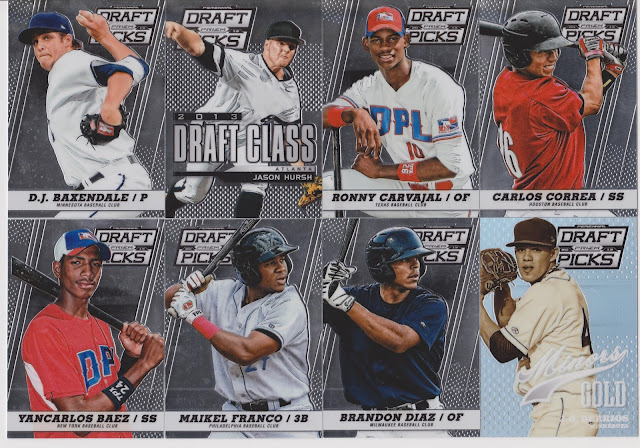 More new to me cards, and I think it was a good pack.  I can't complain one bit.

Not a big fan of the Chrome type cards, but the Scherzer will really pop in my Mizzou collection. 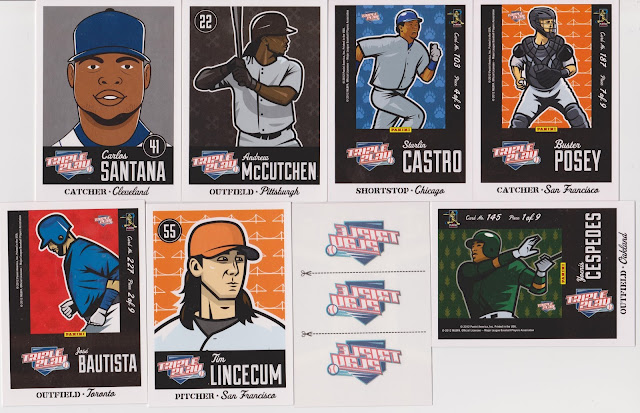 Still not a fan of these cards, but can't complain at who I got.  A pretty solid pack. 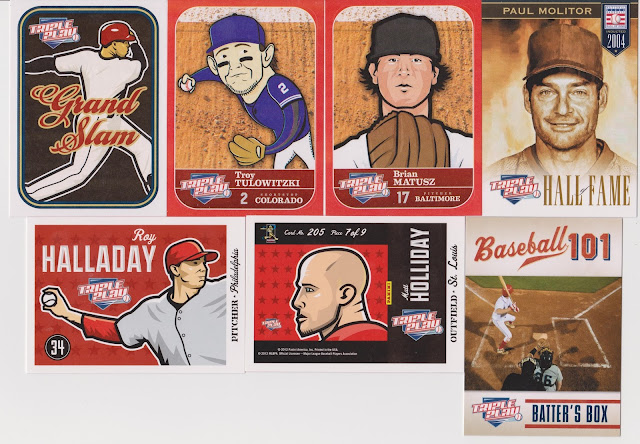 I got 2-3 packs of these.  I did add the Molitor card to my collection, so it wasn't a total loss.  Actually those Hall of Fame cards are really nice. 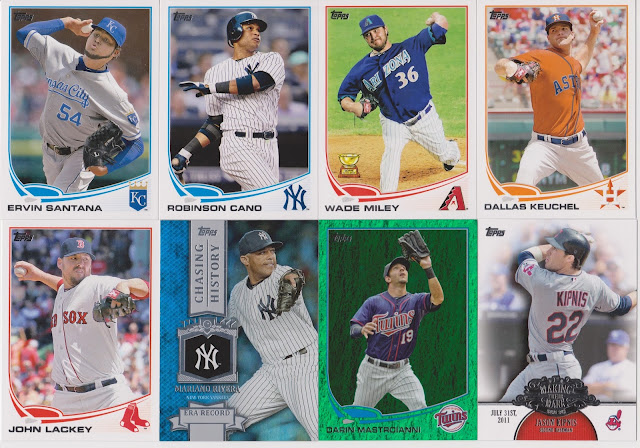 Finally a Royals card.  I already had it but still.  I guess it was a good pack. 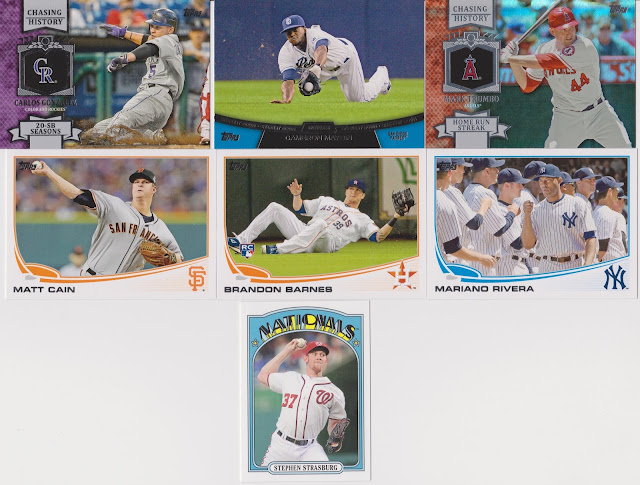 Some more cards from the set.  I can't complain about it.  I like the sliding catches. 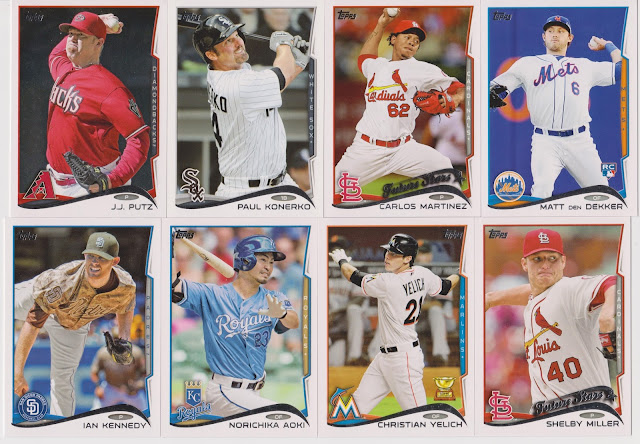 I believe I did need the Aoki card, so that was nice.  I also liked the Martinez and Miller cards.  On the fence about the Putz card since I have an autographed card of him. Still, some nice cards.

Final scan is coming up. 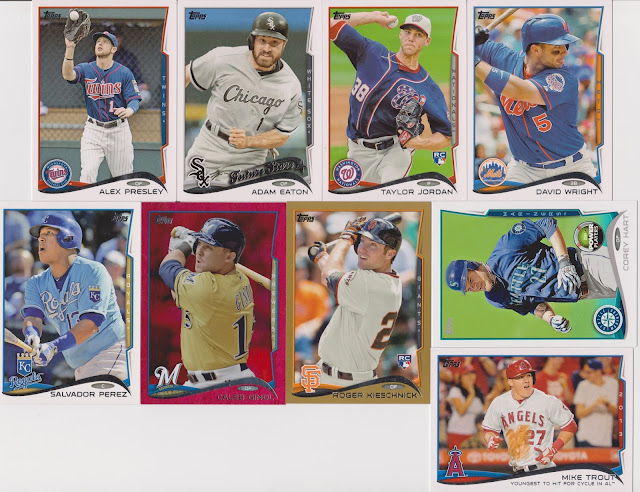 Nice Salvy card, I might have had it already though.  Nice parallels too.

Overall at a glance it made seem like a toss up at $15 for what I got, but I don't think I can complain since new packs are at least 2 bucks now days and repacks are a buck, so on that front I got more packs this way.  I found quite a few keepers, and it was fun opening that many packs at once.  Maybe I'll do it again one day, but I forgot where I got these, maybe Target, so I don't know when I'll be back there.  I miss Walmart having these.

Thanks for reading and have a great night.  Oh before I go, check out Baseball Card Breakdown's blog and check out his contest.