Random Pictures from the past

Haven't posted in a while but wanted everyone to know I didn't fall off the face of the earth.  So I decided to post some old pictures of various things.  I hope you enjoy. 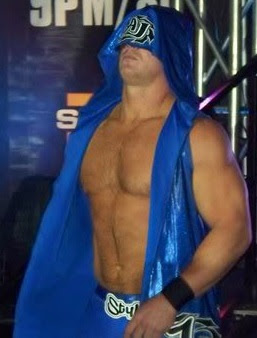 I'll start with this picture I took of AJ Styles when I saw him wrestle in 2010.  It's the last wrestling show I went to, but I'm happy he's in WWE now. 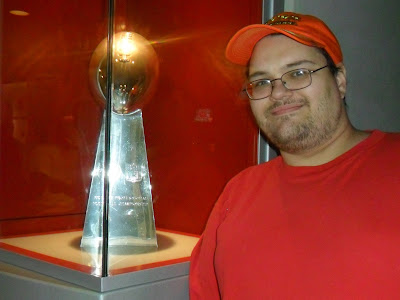 I got to see the Super Bowl IV trophy when I went to a preseason Chiefs game a couple years ago.  Hopefully I'll see another Chiefs Super Bowl trophy soon. 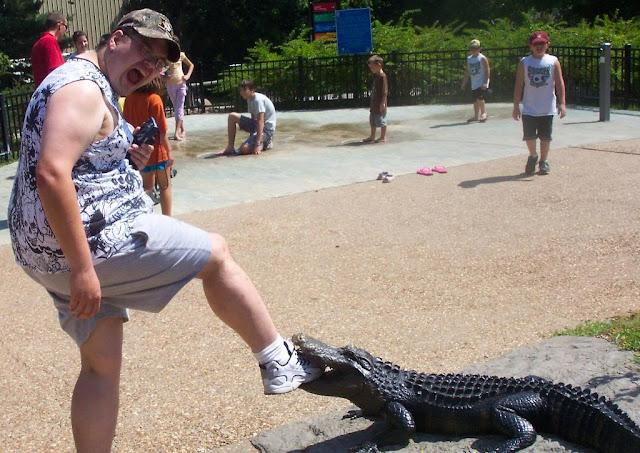 OUCH!  My sister took this photo of me at the Springfield (MO) Zoo back in 2009 I think.  I was just having a little fun.  A cameo of my nephews in the background.  They got a kick out of it.  I posted this upon hearing the news of the guy in Florida throwing a 3 foot alligator through a Wendy's drive thru window recently. 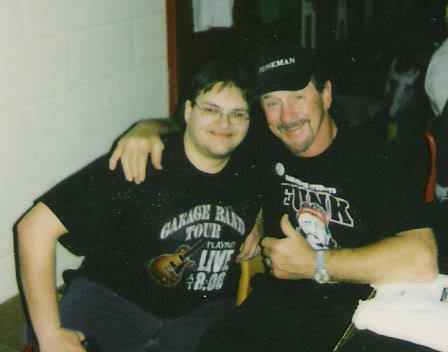 I think I posted this before, but hey, its another chance to show off meeting Terry Funk (the same day I met Mick Foley and Harley Race).  It was a fun day. 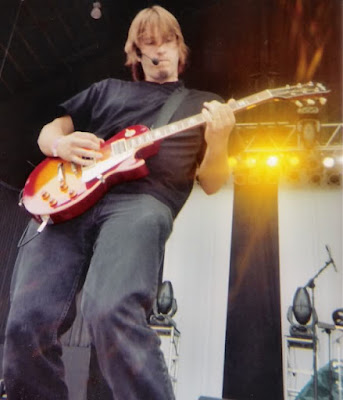 Apologetix is a "Christian Parody Band" that I was (and still am) a big fan of.  This is almost a decade old photo now, but I took this the first time I met them.  Karl Messner was my favorite of the band, and this was my best shot.  Afterwards I met them and talked to them.  I was supposed to interview the band for a Christian Music website I was working for at the time, but I never actually interviewed them.  It was a blast and if I stuck around the site and did this interview, who knows, maybe I would still be doing interviews today. 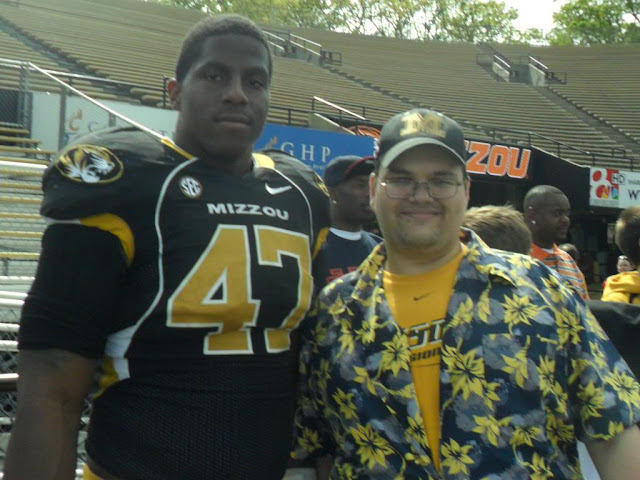 It's Kony Ealy.  He had a huge game at the Super Bowl, but his Panthers fell short of the crown.  Maybe next year though.  I said the first time I met him that he would be a big star, and I think he showed what he's capable of. 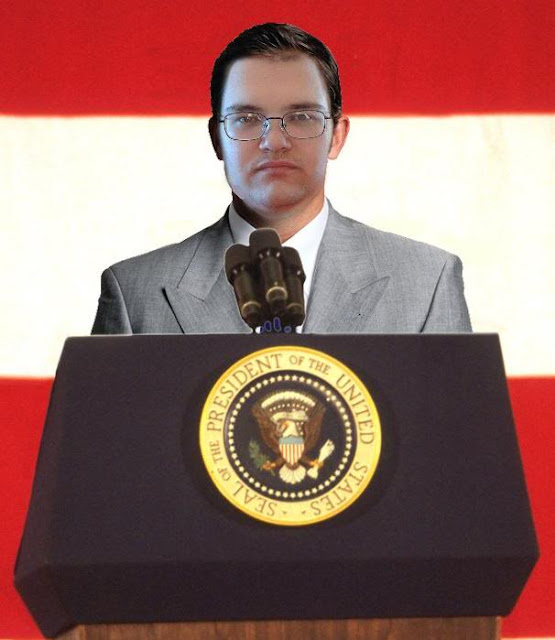 I made this a long time ago, but who knows, maybe one day I will run for President.  I can't be worse than who else is running right? 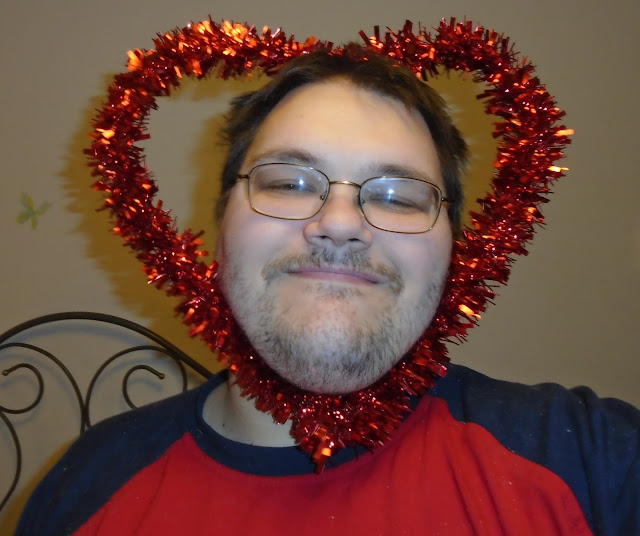 Finally I wanted to wish everyone a Happy Valentine's Day.  It is also my birthday, so while I have always been single on the day, I still enjoy the holiday.  I hope you all have a great day as well.

Thanks for reading, I know this was different than normal postings, but I'm working on a few things, and just haven't been on blogger much.  I hope to be back soon.  Once I sort these last batch or two of cards I should be on here more.  Have a great night.