A while back I posted some Minor League cards I won on Listia.  A couple weeks later the same seller had auctions for more.  As it turned out, I won all these auctions this time too.  He told me he even found the Ian Kinsler card I asked about last time, and so I got that card.  Here is what I got. 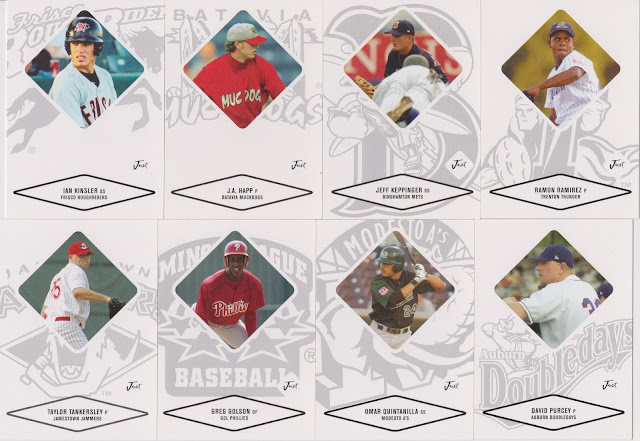 Let's start with the Kinsler.  After I requested it, I realized I think I have the card already.  However, its a very nice card, and since he is Mizzou made, this would be a perfect card to try to get signed one day with all the space on the front.  I'm glad I have it.  I think the Billy Butler is the only Royals card left I want from the set, and I have my eye on one on COMC, so it could be gotten easy and soon.

Among the rest of these cards, there are a few names I know especially J.A. Happ and Jeff Keppinger.  I seem to misplaced the other cards I got before, but I should be nearing 1/4th of the set being complete, so I may try to work on it at some point. 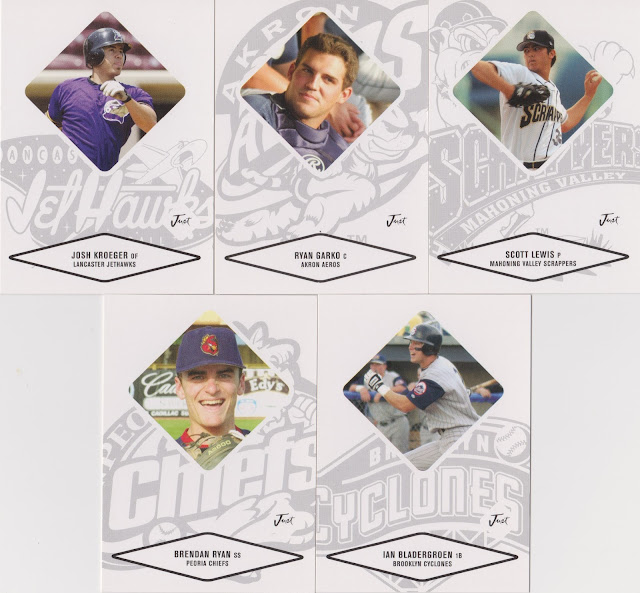 Here are some more cards I got, and the Brendan Ryan card is nice.  I love the names of minor league teams, especially names like the Jethawks and Cyclones.  One nice thing about minor league cards is it gives you information and a starting point at some of these teams that you may otherwise never know.  Also with the rate teams move or fold, some cards do hold a sense of history. 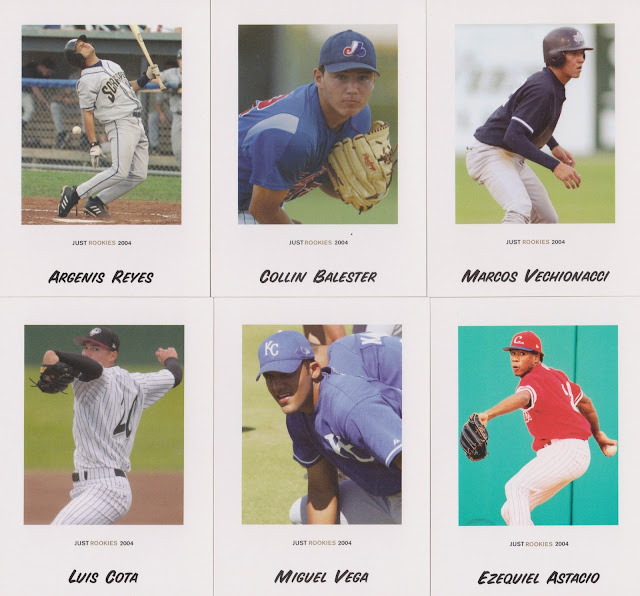 I also got a few more cards from this set also from Just in 2004.  Only the name Collin Balester rings a bell, but nice odds getting a couple Royals out of six of these.  I haven't spent much time on this set, but maybe one day I might try to get into it more.  I always liked the JUST sets of cards even though I actually got very few of them, and the ones I did were mainly repacks or ones I got on ebay.

Well that wraps it up for today, I know it was a shorter than normal post, but I've a bit busy with a couple things, and just had a few minutes.  Thanks so much for reading, and have a great night.