I Can't Compete With 2016 Topps Posts

Sure I would like to post a blog on opening a box of 2016 Topps, shoot even a pack would be fun, but that isn't the case today.  Instead I will post some other packs I've gotten in the last month or two and talk about them. 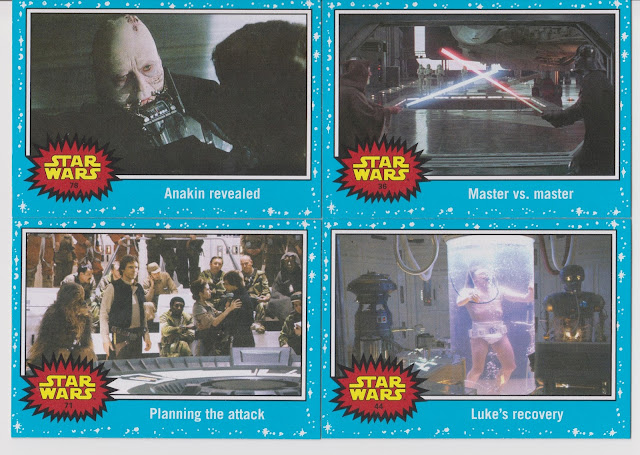 I bought a four pack of cards at Dollar Tree a few weeks ago just because I needed a pack of something.  I believe these were all cards I needed so this was a good pack.  Not much more to say but I will say I finally did watch the first 3 (ORIGINAL) Star Wars movies.  I understand the love for the series, but I still can't get into it.  One day I will watch the other three, but not in a rush.  Maybe I'll review it on a future post, but not today. 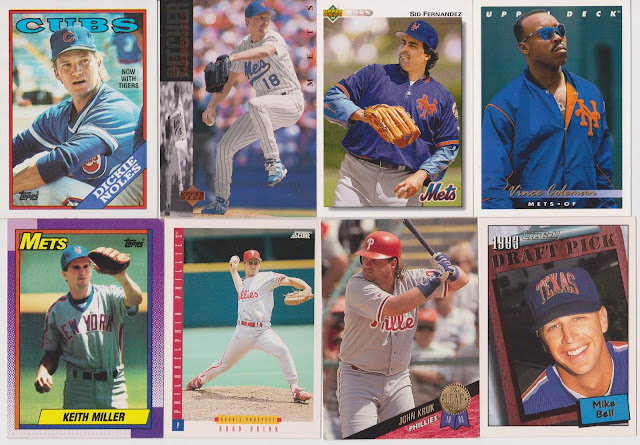 I bought one pack of repacks, and I can't say it had a lot of greatness in it.  It had a lot of NL East, especially the Mets.  I am happy I got Bret Saberhagen, and also the Vince Coleman.  Keith Miller might go into once Royals collection, if I ever decide to fully commit to making that collection.  I also like the 1993 Score card, if I ever did a complete set, I'd possibly chase that one.  Also nice to get a Topps Gold card, even if it is Mike Bell. 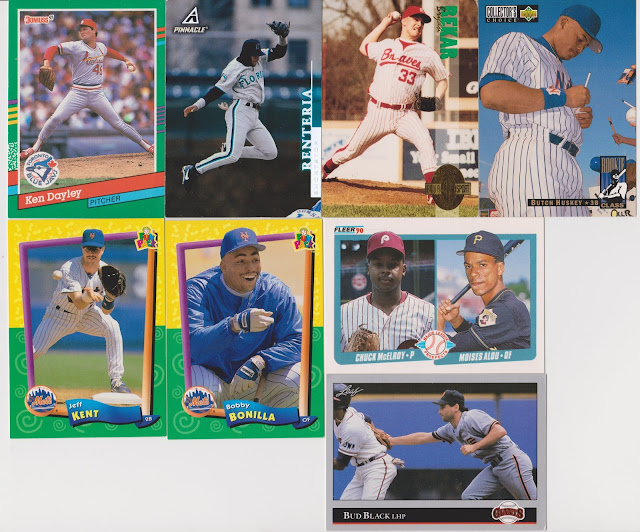 The rest of the pack is much better.  Looking back, maybe it was two packs, just not a lot great cards in either.  Anyways, I don't see too many Ken Dayley cards as a Blue Jay so it was a nice pull.  I like the Edgar Renteria card too.  I showed the Butch Huskey card because most bloggers seem  to like cards depicting players signing autographs.

A couple fun pack cards is cool, and more Mets.  Bobby Bo is laughing at how he duped the Mets so well.  The Moises Alou card is kinda cool so I threw it in.  Lastly is Bud Black in an awkward card.  I think it works a lot better if it wasn't zoomed in so much.  Otherwise the card does work pretty well. 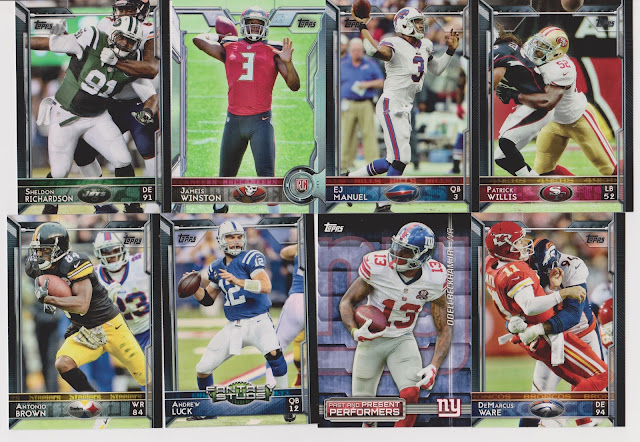 First card I pulled was Sheldon Richardson which was pretty cool.  He's had some law issues recently, and to be honest I don't plan to actively try to get more of his cards (same with Aldon Smith), but if I pull them, I'm cool with it.  I might seek out an autograph but no plans to get more of his base cards.  Following it up with a couple young quarterbacks.  I was a big Bucs fan until a couple years ago, but now I don't follow them.  They just started doing stupid things, and then they changes their appearance and logo, so it gave me a clean break.

A nice pull with Patrick Willis.  Overall I got some decent players.  I kinda like the DeMarcus Ware though he is tackling Alex Smith, but still nice to see the Chiefs player with more exposure on the card than the Broncos player. 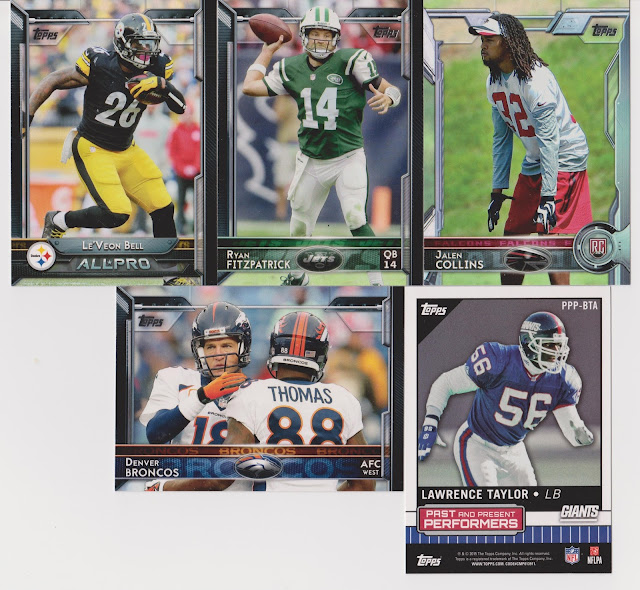 Nothing really great, but wanted to show the backside of the Beckham card which is the Lawrence Taylor.  Otherwise nothing else to mention.

I bought another pack too.  Let's check these out. 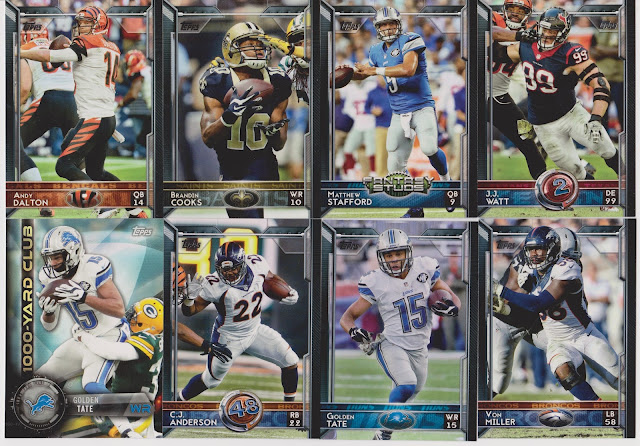 These cards don't really fit any categories I have, but then again, there aren't many football categories I collect other than former Mizzou guys and some Chiefs.  A few other randoms, but they are still fun to open. Final scan is the rest of the pack.  Again nothing I really need, but I figured I would show off a few more.  I haven't heard a lot from Andrus Peat, but he has some potential.  I don't think I ever heard Javorius Allen before, but that is a nice looking card.

So there are some cards, they may not be 2016 Topps baseball, but hey, they were there for a fix.  Just like this blog....

Thanks for reading, hope you open many packs and get some great pulls.  Have a great night.