Before I dig in, let me say this post won't be about politics.  I've spent the last two days cracking jokes about the subject on Twitter and Facebook trying to make people laugh so they won't cry or gloat if the results went the way they wanted.  I had fun doing it, but its time to get back to talking about cards.

A month or two ago I posted about a cube of cards I got that was targeted to boys, and for the most part were Magic and other gaming cards.  I said if I went back and saw them, I would get the girls cube and show what was inside.  Today is that day.  It was much better than what was included in the boys cube, and I've already bought a second one which I'll show in a week or two. 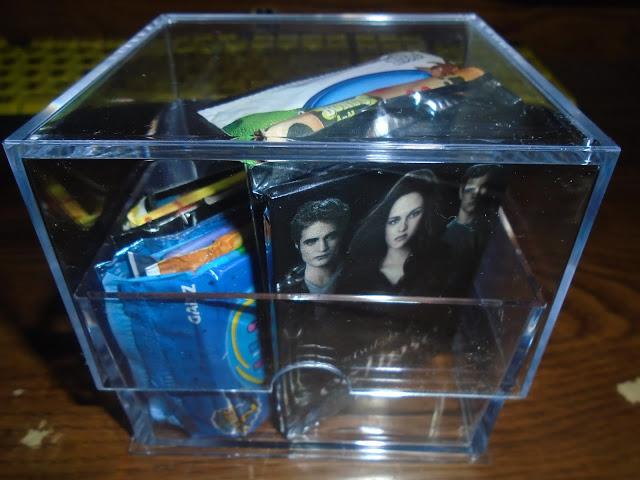 Judging from the packs I saw I knew there would be a few that interested me.  I'm not big on Twilight or Hunger Games, but if its actually movie cards then I can accept that and its something different. 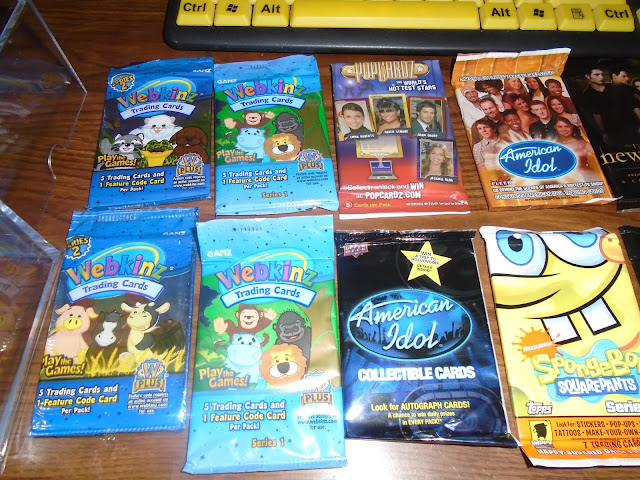 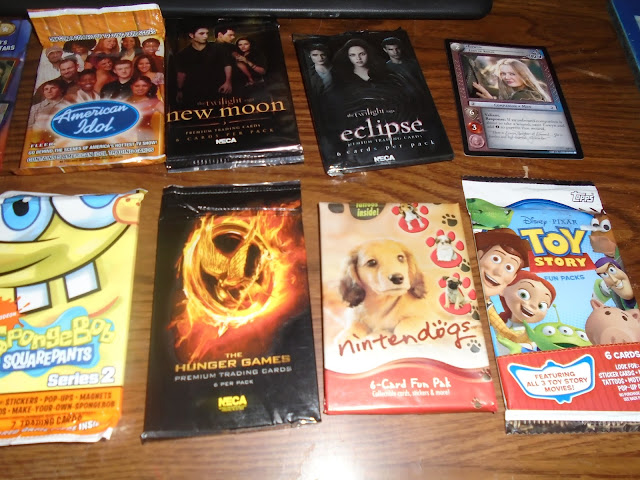 I could do without the Webkinz stuff, but otherwise I was happy with it.  Only the Popcardz I had before so all the rest was new to me.  The Toy Story was shown, so worst case I knew I'd get one pack I liked. 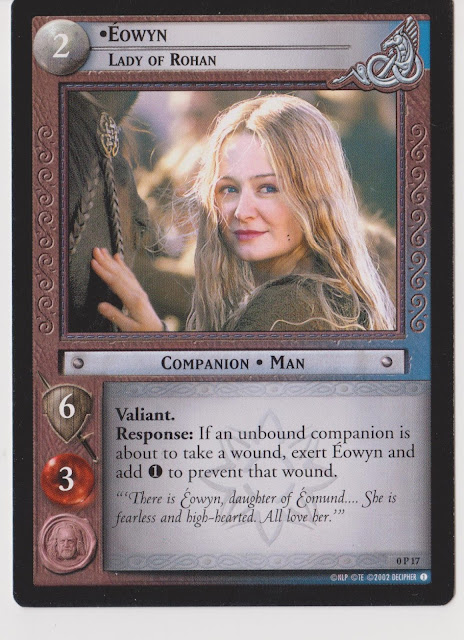 This was some sort of bonus card they threw in, it didn't have much value to me, but still cool I guess.

Let's look at some packs.  Let's get the Webkinz out of the way first. 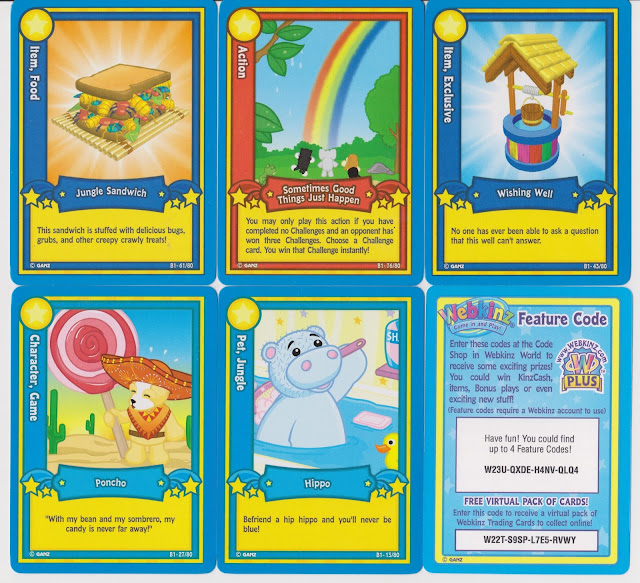 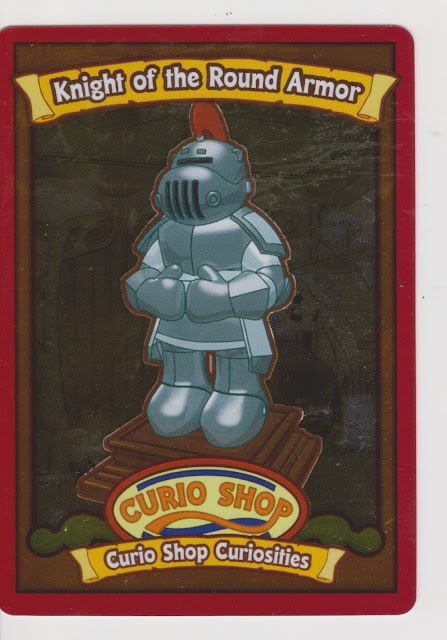 I got two packs, one of Series One, and another for Series Two.  I can't tell a difference, and don't really care.  The Curio Shop card seemed interesting so that was cool. 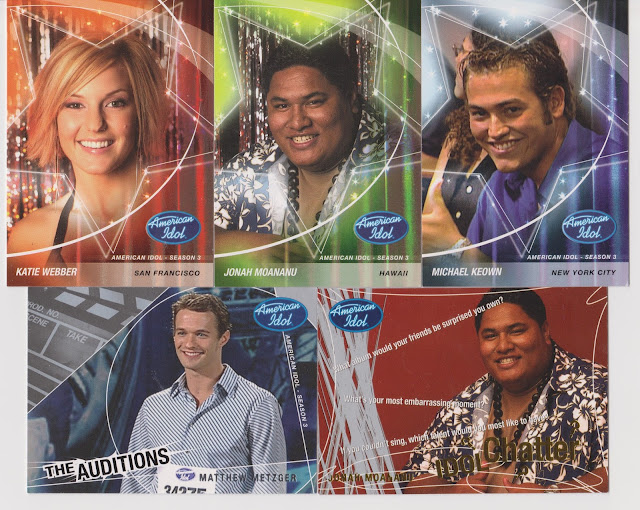 I never got into American Idol much, but I remember watching it off and on especially the early seasons.  However I don't remember any of these people.  This was a set from Fleer.  I kind of like them, and if I saw them on clearance I would probably buy more. 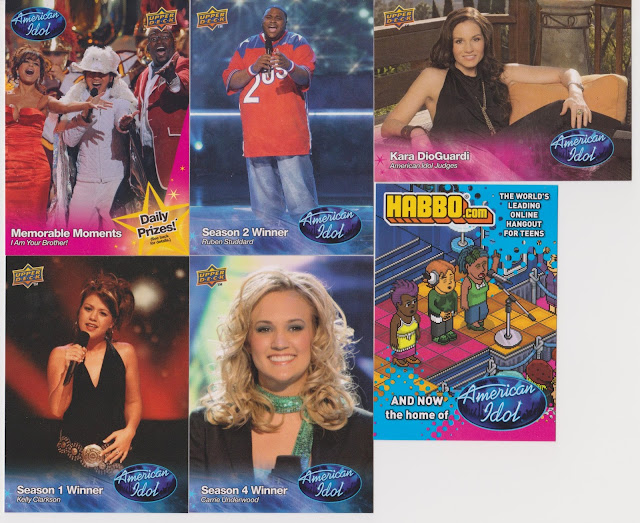 The next year Upper Deck had the rights, and I got some good ones in this pack including Carrie Underwood and AHHHH! KELLY CLARKSON!  This was a really good pack and I was happy with it. 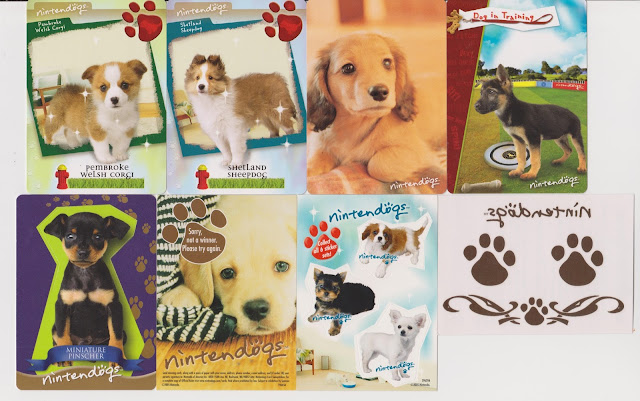 I'm more of a cat guy, but these were pretty cool.  This is from Series One but they also released a Series Two. I never watched Hunger Games, but I thought these cards were really good.  I'm not saying I'm working on the set, but I wouldn't be opposed getting more of these cards. 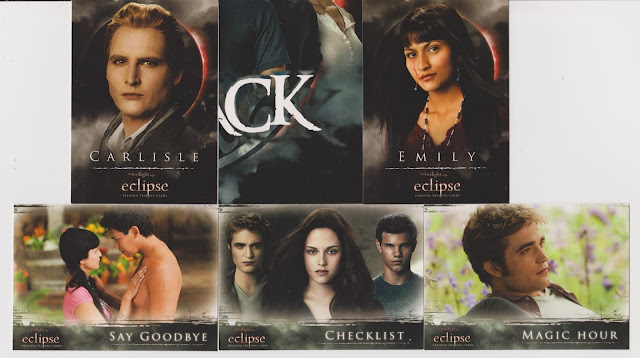 For some reason I don't have a scan of the New Moon cards, but here are the Eclipse cards.  Much like Hunger Games, Twilight didn't interest me, but I do like these cards.  Again, I wouldn't be opposed to getting more of them. 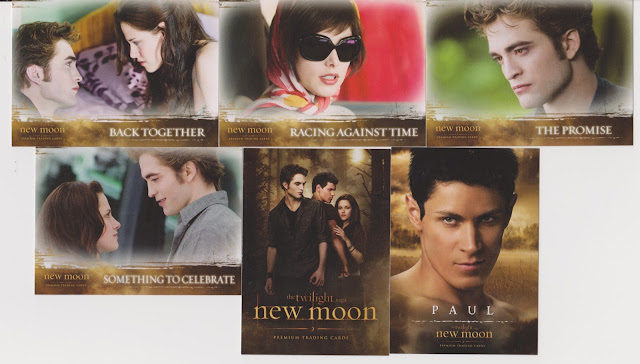 Oops, here's the New Moon ones.  I like the Eclipse ones slightly better, but I do like these too. 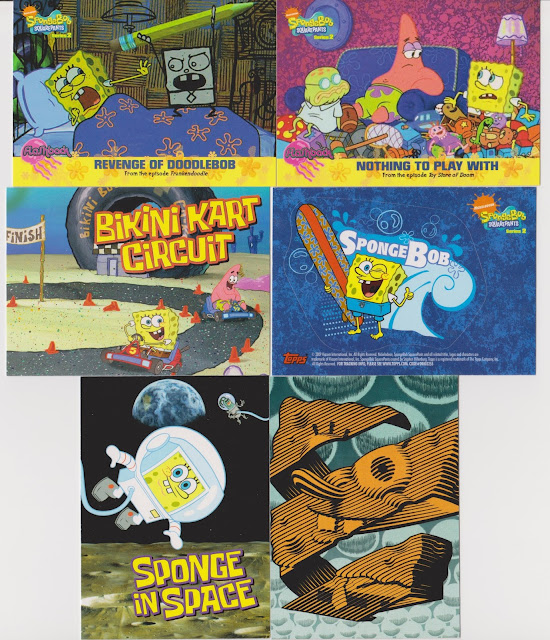 I never got the appeal of SpongeBob Squarepants and luckily it debuted in my later high school years, so I wasn't drawn into it.  Much like the show, these cards don't do much for me, but I would still take these over Magic cards any day. 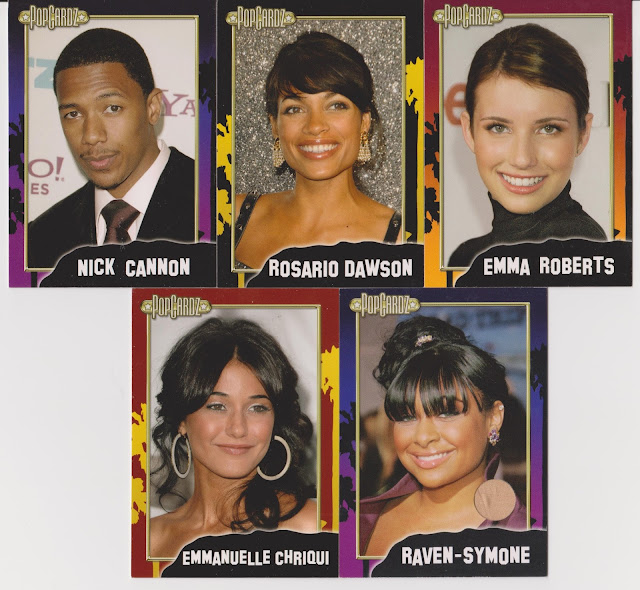 I have a few of these cards already and would like to finish the set, but I was surprised when I saw the Raven-Symone card.  No not because of her view on politics, but it is an insert card. 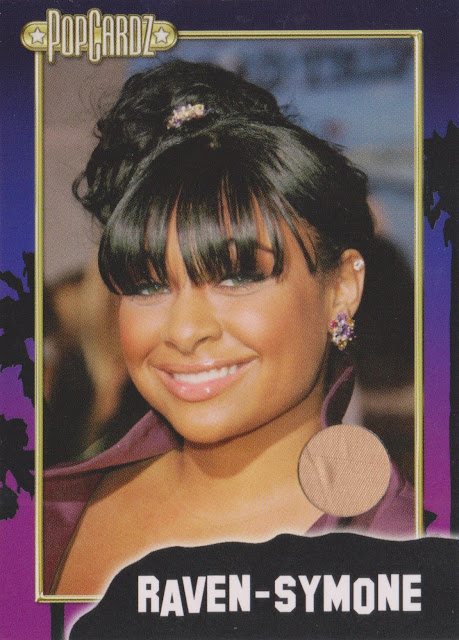 I can't seem to find it anymore, but this is the second one of these I've pulled, the other was a long time ago, I got a Mandy Moore piece.  I think the rest of the cards in this pack though were doubles though, so that kinda sucked.  I can't complain about it though since I pulled this one.

So one pack left and it was one I saw on the outside.  Toy Story! 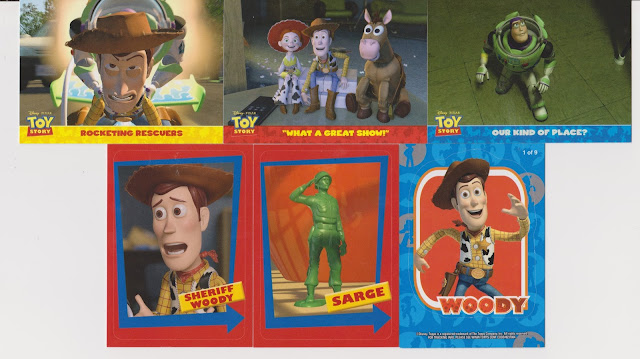 I really like the top middle card.  If my niece see's this she might fight me for it as she is a big fan of Jessie.  In fact she knows more about the movies than I do and even gave me the scoop on a Toy Story 4 coming down the pike.  Though I do have to disagree with her that the original movie was the worst.  But she's still young, so she is forgiven.

Each pack has 3 cards, 2 stickers and some sort of insert.  The base set is like 45 cards so I guess that's not too bad.  I'm not a huge fan with these cards, but I would like to build the set one day.

So for a total of 5 bucks I think I did a great job.  The Raven-Symone card made the whole cube worth it, and they were mostly movie packs, which I liked.  It doesn't matter if I didn't watch those movies, they were still fun to open.  I really liked the American Idol packs especially the Upper Deck pack, and the Nintendogs cards were kinda cool.  I could have done without the Webkinz cards but again this was targeted for young kids, so I understand.  Like I said, I already bought another cube and should post them soon.  I just hope I'm less distracted next time.

So that wraps it up for tonight, I hope you enjoyed it, and I hope this blog has distracted you from all the election news as while I know the need for it, I could use a break from it.  Thanks for reading and have a great night.