R.I.P. to the people we lost this weekend

Last night was not a good night.  The Royals lost and now are on the brink of elimination, but it was an afterthought to me.  As I settled down to enjoy the game, I checked out twitter as I always do before a game to see the latest buzz.  Aaron Lewis did a less than stellar job on the National Anthem so that gave me something to look at before first pitch.

Then sometime in the first inning, my cousin tweeted something that seemed out of place.  He's a huge Royals fan like me but also likes the Cardinals.  He tweeted "Wow. In utter disbelief right now. Thoughts and prayers go out to Oscar Taveras' family and loved ones. May he rest in peace." 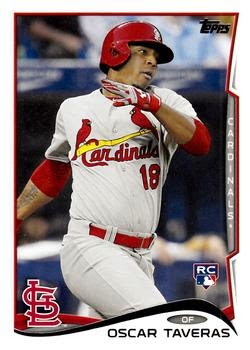 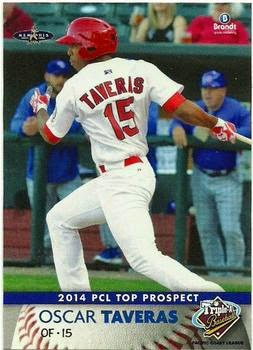 WHAT?  Then as he usually does, he retweeted a lot of stuff.  To me the game just stopped.  I started looking for news reports and confirmation but couldn't find any.  Was this another Twitter death hoax?

Sadly, it wasn't.  Within minutes reports surfaced, and One of only a few Cardinals players I liked had died.  Don't get me wrong, its always sad when someone passes away, but it tugs at you a little more when you know them personally or if they are famous, someone you are a fan of.

I was a fan of Oscar Taveras.  With him and Kolten Wong, I was seriously thinking of rooting for St. Louis on occasion.  A youth movement had started to come and I was starting to get behind it.  This is the third unexpected death of a current Cardinals player in a little over a decade, Josh Hancock in 2007, and Darryl Kile in 2002. 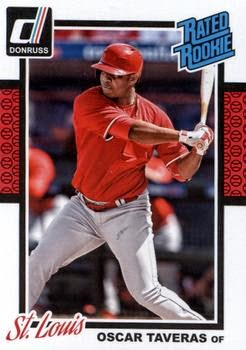 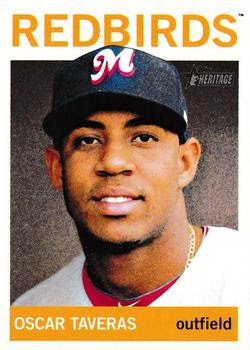 I don't always agree with Cardinals fans, but one thing we did agree on was his potential.  While everyone was gushing over Yasiel Puig, Taveras was slowly building a fanbase in St. Louis that was starting to spread.  Fans nationwide got a glimpse of him during the NLCS where he hit a home run in game two, the only win of the series for St. Louis.

After hearing the news I was devastated.  Really the game on TV just became noise.  It didn't even matter that the Giants took a 1-0 lead.  I wanted to make sure a friend of mine was aware of the news because she is a big Cardinals fan.  We have even been making jabs at each other during the World Series because she essentially hates the Royals.  There was none of that last night, teasing and jabs took a backseat as Cardinal Nation, baseball fans, and the World lost a player far too soon at only 22.

A couple on innings later, my head was still out of it, and I was on Facebook (during a typical game, I only check social media between innings or when its not a close game), and noticed someone else I was a fan of passed away. 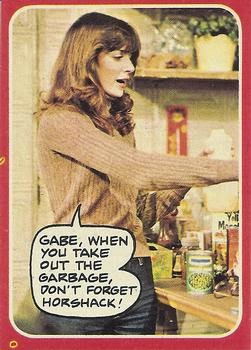 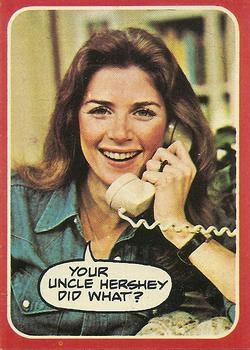 Marcia Strassman was Mrs. Kotter on Welcome Back, Kotter.  While the show was a little before my time, thanks to Nick At Night, I became a huge fan of the show.  So much so, that when I heard of her passing, most people my age would associate her as the mom on Honey, I Shrunk The Kids, I thought of her on Kotter.  Looking back at her career, she had a pretty good resume, including several appearances on MASH.  It just made me sadder.

Then I heard about the soccer player in South Africa that was shot and died.  While I have no idea who he was, it was still very sad.  This on top of hearing former NFL player Mo Collins passed away at 38.  I don't remember him, but its far too young for someone to pass away.

It didn't get better as I woke up this morning to check out the news, I have become accustomed to looking at the Wikipedia page of list of people who passed away, more so I can tell my mom, who doesn't get on the internet and sometimes misses stories about them in the newspaper. 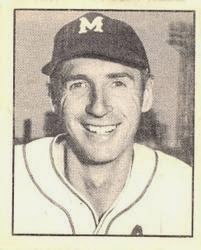 In addition to those deaths and the bassist of Cream passing away a few days ago, I saw a couple other sports people passed away.  Pat McGlothin was a Brooklyn Dodgers pither in 1949 and 1950.  He only pitched 8 games , but it was still sad to hear of his passing only 4 days after he turned 94. 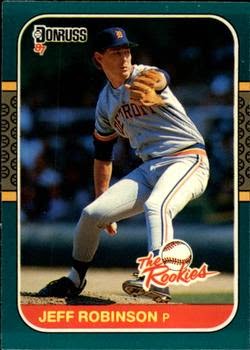 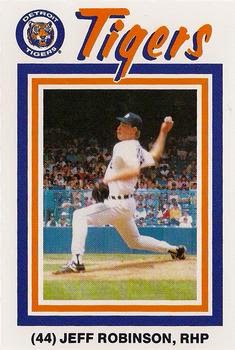 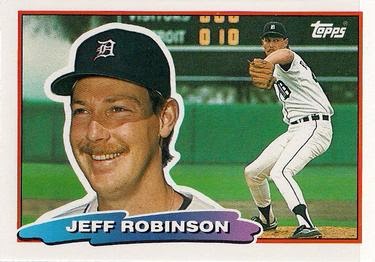 Then there was another pitcher who passed away, this one I have a few of his cards.  Jeff Robinson passed away as well.  Here is a story from the Detroit News that talks about him.

Overall it was just a horrible weekend for sports fans with all the news of death. Most of the time it seems sports picks us up when we are trying to forget about life and want to clear our minds.  This just shows the human element of sports and how it is just like everyday life.

I don't really know how to wrap this up, so I will just leave it at that.  Thanks for reading and have a nice day.

Oh, I forgot, a big thanks to COMC and Trading Card Database for the card scans.  I didn't have time to dig all mine out, and I didn't have all these cards.  I forgot the link to Senzo's picture, but found it through a link on Wikipedia.