Quick Update On My Mail

I binged watched a few more Orange Is The New Black, its not a show I recommend for everyone, but I am enjoying it.  I luckily made it to season 2 and hope to finish it soon.  I might get to the end of season 3 and I'll be happy with that.

At any rate, I thought I would give an update on where a package of cards I bought off EBay is at.  The estimated delivery date is Saturday and it will probably make it by then.  However, I bought and paid for it Sunday and it was shipped out Monday and was 45 minutes away from me.  A straight line is wishful thinking though as my deliveries like to take summer trips.  To give some proof, I decided to show the last update I saw earlier today. 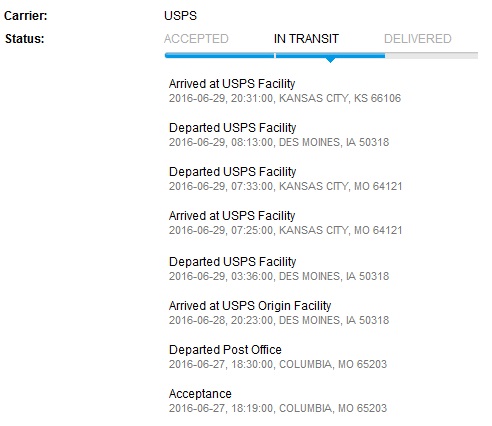 As you can see, it left Columbia as planned, then headed north to Des Moines, IA.  I've been to Des Moines, and I liked it, but I didn't expect my mail to go that way.  Then it decided to go to Kansas City, MO, which again is a nice place, but it wasn't necessary.  Then it went to Kansas City, KS.  I've been there too, but nothing to write home about (at least the part of town I went to).  I think the Des Moines part again is a mistake, which is common.  So as speculation, my next guesses is that it will head back to Columbia, then to my hometown on Saturday.  So in essence it went in a triangle, and to make matters worse, I'm almost inside that triangle, and could have walked to get it.

For those not hip on the Midwest, here is a Google Map I screenshotted with the map routes so far. 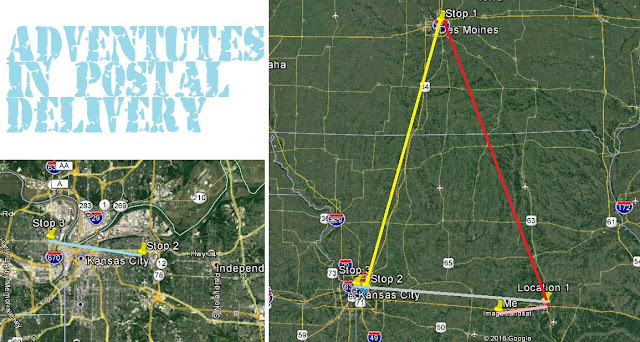 Location 1 is where the original package is from.  The RED line is where the package first went.  All the way to Des Moines, IA.  It didn't take a straight line, but likely highway 63. Then it went south to Kansas City, MO.  Again, not a straight line, but likely took 69 Highway.  Then as you can see on the other map, it headed WEST to Kansas City, KS.  If I had to guess, it took I-70.  After that I can only guess, but based on past packages, it will head back to Columbia (the grey line), then to ME (the pink line).  As you can see. My location and the original location is a lot closer than all the places its been. 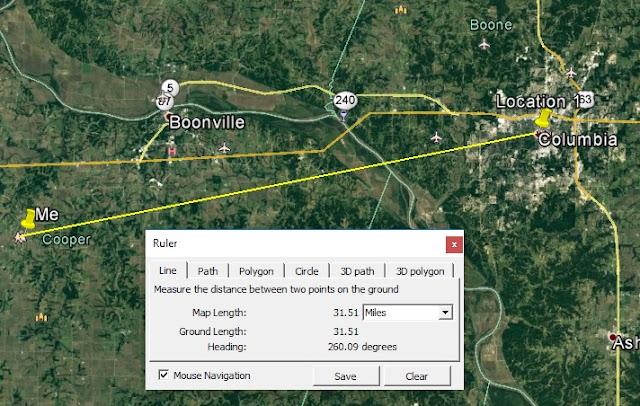 32 MILES AWAY!  That's all it needed!  Again, I'm not mad because it wasn't an important package, but it is frustrating that it could have gotten here faster, and even more the fact that probably could have saved the Postal Service a bit of money, but oh well.  I still say if they were more efficient they would do more business, but that's just me.

Hopefully I'll have it Saturday, and have it posted by Monday.  If not, I'll find more stuff to scan.  So for now that's all I have, I guess I can watch another episode or two of OITNB before I head to bed.  At least the Royals won over the Cardinals.  Wait a minute, they just went from KC to St. Louis, maybe they could have dropped off my package.  That would be a treat.

Anyways, thanks for reading, and have a great night.