I had to make a trip to Walmart today and while I regret the timing (5 PM on a Friday is never a good idea, especially on a holiday weekend), I also stopped at Savvy Seconds as well and made out pretty well. 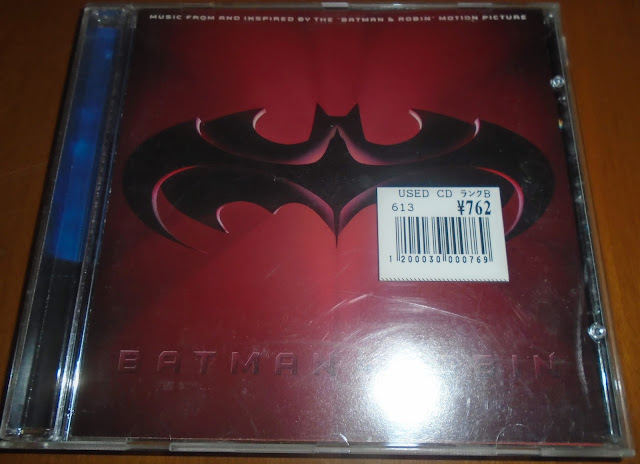 I'm a sucker for soundtracks, even for movies I'm not really into.  However while I did pass on the soundtrack to Step It Up (or something like it), I couldn't pass this up.  The Batman and Robin soundtrack had some good artists on it (and also Jewel) including The Smashing Pumpkins.  I haven't listened to it just yet (I opted to rock out to some Poison on the way home instead), I will at some point this weekend. 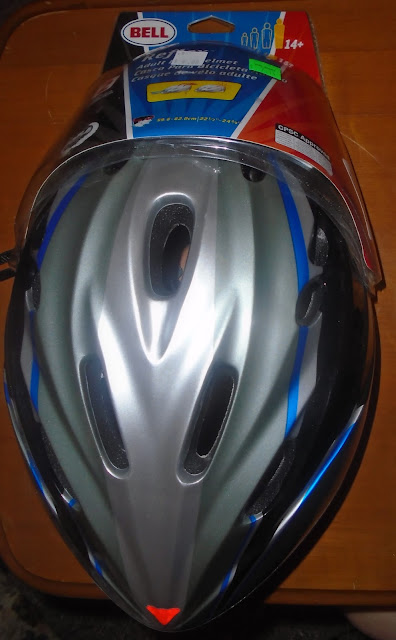 A while back I mentioned I bought a bicycle, but I haven't rode it yet.  One of the reasons is because while I don't necessarily think it should be mandatory to wear a helmet, I don't plan on riding my bike without one.  I haven't had the time to pick up one yet, so when I saw this in its original package for 4 bucks, I took the risk.  My concern is it still has the Walmart price on it, and its a green tag one with a price of 7.96.  Besides helmets like this normally being double or triple that price at Walmart these days, the green tags haven't been used in a long time.  I was just thinking about them a while back and how I kind of miss those tags.  So I'm not sure if this helmet will be too effective since its older but I might try my luck one day.  If not I thought about selling the bike, adding a new helmet to it should get me a few more bucks for it.

After that I got some books.  Not that I need more, but still I figured why not. 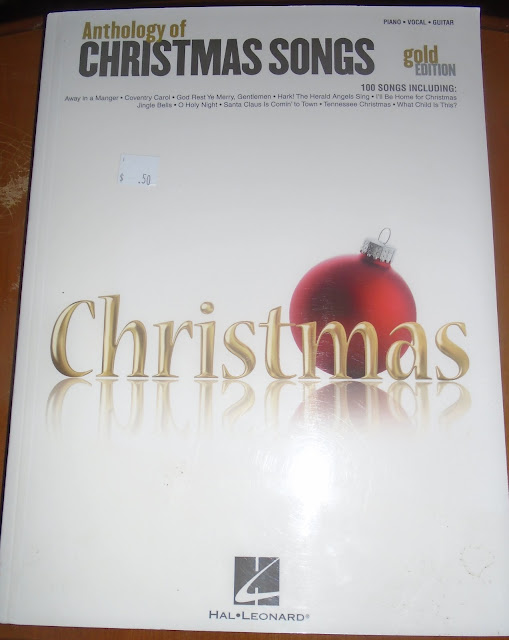 Now really, why did I need a book that has sheet music to Christmas music?  Well, I don't know, but if I ever play the piano, I can play songs from Rudolph The Red Nosed Reindeer (Jingle, Jingle, Jingle is in it), or The Beach Boys (Little Saint Nick, a terrible Christmas song).  If not, maybe my niece can practice her violin to some of these songs. 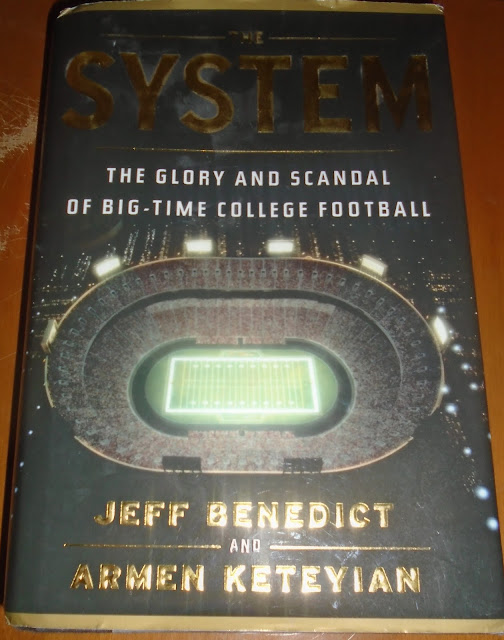 Scandal and College Football?  SAY IT AIN'T SO!  This is a fairly recent book (I noticed something about 2013 inside the cover) and I might read this soon, as it could be interesting.  If not I bet my friend will want to read it. 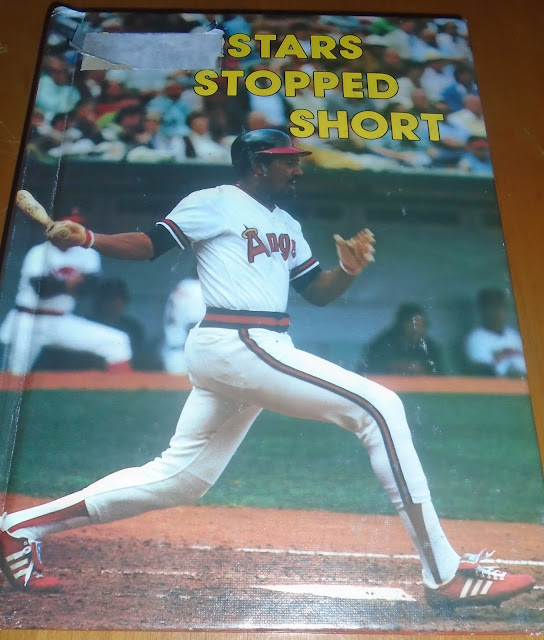 STARS STOPPED SHORT???? What a terrible name for a book, even if its for kids.  However the list of names (none I remember right now) did sound interesting.  It talks about plays who were supposed to be big stars but didn't pan out.  I didn't see Billy Beane's name in it, so maybe they might make a sequel.

Why would I subject myself to a book about a guy I don't like and a team I don't like?  Well, it has nice pictures!  It looks pretty good actually as it discusses each of his 70 home runs, which I thought was nice.  I also thought the Post-Dispatch did a great job covering it that year.  I'm not a McGwire fan, but I will admit I was caught up in the hype that year.  I remember having the TV on when he hit #62.  I was in my room at the time.  Unfortunately I was looking down and missed him actually hitting the home run.  Oh well. 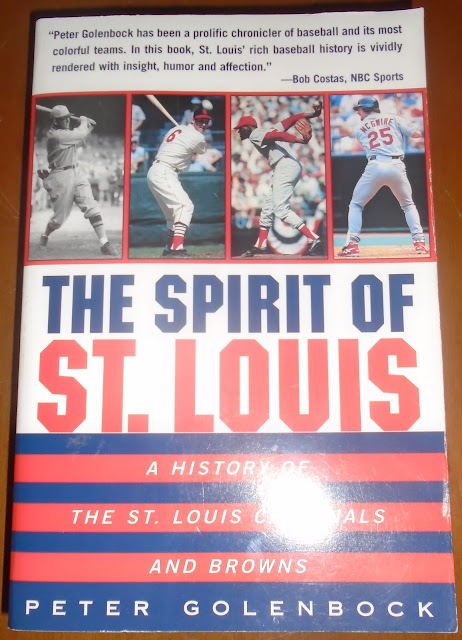 I told you I lived on the edge of Cardinals Country.  However maybe with so many of these books popping up lately, the fans are converting to Royals fans. Hmm....

Anyways, I got this book because I wanted to read more about the St. Louis Browns than I did the Cardinals, but I figured it would be something I could discuss on my Missouri Sports History blog if I every decide to work on that again.  In the meantime, I'll have some reading to do.

So I did pretty well at Savvy Seconds, but I still had a trip to Walmart.  Bad timing put me in a bad mood, but I grabbed what I needed and got to the checkout.  I grabbed a pack of series two cards (which I had a coupon for), and then looked at the cheap movie bin.  I couldn't believe my eyes when I saw a movie there I just saw at Savvy Seconds a few weeks back but passed up because it was too scratched. 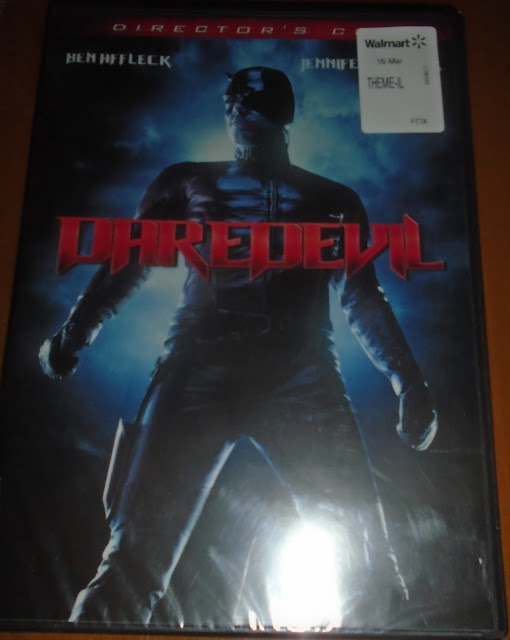 The Director's Cut of Daredevil!  Now I liked this movie, and I own the 2 Disc Special Edition.  However a lot of people say the Director's Cut of this movie makes this movie better.  I'm not saying ones who already liked it, people who hated this movie said it was so much better.  I've looked for it for a while and never found it.  This is different packaging than I've seen, and I was skeptical, but I gave it a shot.  It runs about 30 minutes longer than the regular version, and so later this month I'll have to watch it.  Once my Netflix subscription runs out that is.  In the meantime, I still have plenty.

Speaking of Netflix, I finished Season 2 of Orange Is The New Black (I don't recommend binge watching it like I did, but I wanted to get the season done).  The end of Season 2 is a good stopping point for now in case I don't finish the series in time.  I still need to catch up on Daredevil and wanted to check out a few other things, so now I can do that.  I watched season one of The Ranch a while back and really enjoyed that.  I liked it better than I did Fuller House, which I got bored with.  I also watched a few Adam Sandler movies and liked The Cobbler and Ridiculous Six (people took that movie too serious), but didn't like the others.  I also tried to sit through Kindergarten Cop 2 (ugh!) and Christian Mingle (UGH!  DON'T SUBJECT YOURSELF TO THAT TORTURE!) as well as a couple others.  Until I tried Orange and The Ranch, I felt I wasted the free subscription, which is why I held out on Daredevil.  If I have time I might even watch Jessica Jones, but don't care either way.

So that wraps it up for tonight, it looks like I have plenty to read and watch, and oh yeah, my globetrotting package came in the mail today, so I'll have a post for tomorrow.  In the meantime, thanks for reading and enjoy the weekend!