A couple created cards and some commentary

With the weekend wrapping up, I figured I would write a new blog.  This is the time of year I get a little excited.  The college basketball tournaments begin (I don't want to get sued for calling it a certain name), Spring Training is in full effect, so is NASCAR, and the weather is getting warmer.

I'm going to begin with a bit of commentary. For the second straight year I won't be filling out a bracket.  Part of it is because I never win I admit, but there is a bigger reason (and no, its not because Mizzou isn't sniffing any postseason tournaments, not even the NIT, CBA, CIT, MIC-KEY, or any other tournament not called NCAA).  A lot of people fill out brackets, and a lot of them have no clue what they are doing.  People like my mom would fill it out based on their team nicknames or school colors, I'll take STONEY BROOK over Kentucky, thats a cool name).  Some are casual fans but focus only on their own team(s), MAN, NO WAY DAYTON WON'T MAKE IT TO THE FINAL FOUR!  Some are fans like me, that follow a lot of basketball, but play favorites but do look at numbers, just not every number- Iowa State everyday over the Jayhawks, because I hate the Jayhawks, but also because they've beat them twice this year.  Finally is the stats guys who suck the fun out of everything- Arizona is 12-0 leading by four at halftime on the road in games since December 4th (I just made that up to show a point)!

Why is that a bad thing?  Well, for those that aren't big fans that fill out brackets, its not really.  For the rest of them though, they spend too much time rooting for who they picked instead of watching good games.  I watched a bit of the VCU and Dayton game today.  I didn't care who won, but if I had to pick a team it would be Dayton.  However, For the last ten minutes of the first half, I watched an exciting game.  I turned it afterwards so I don't know who won, but come Thursday, I'll be glued to every game I can (aka all those NOT on Tru TV).  Last night I didn't watch Iowa State and Kansas play for the Big 12 title.  Two reasons, I wasn't in the mood, but also because I really can't stand Kansas.  Not to a point where I go crazy like some Mizzou fans I know (I've heard plenty of time "we should go and burn Low-rents to the ground again!"), but I'm not a fan.  The reason I bring it up is because Iowa State was down by 17... and came back and won!  Had that been a a week later in the big tournament, that would be amazing, but people would have been bummed because they didn't pick State to win.

My point in all of this, is just like any other sport I watch- ENJOY THE GAMES!  Watch the action because of the action, not because of teams you pick.  The only exception is if your team is still in, then ROOT AWAY!  I have the same feelings with fantasy sports.  Watch for the games themselves not because you have something besides fan-dom riding on it.  Before you ask, yes I have done fantasy football before but I wasn't too excited about it.  Same goes for fantasy baseball, in which oddly enough, I won a regular season title in (just a congrats, but still I can say I'm a fantasy baseball champion if I wanted to throw it out there).

This seems like it turned into a gripe session, so to make up for it, I created a couple cards this week and I'll show them off. 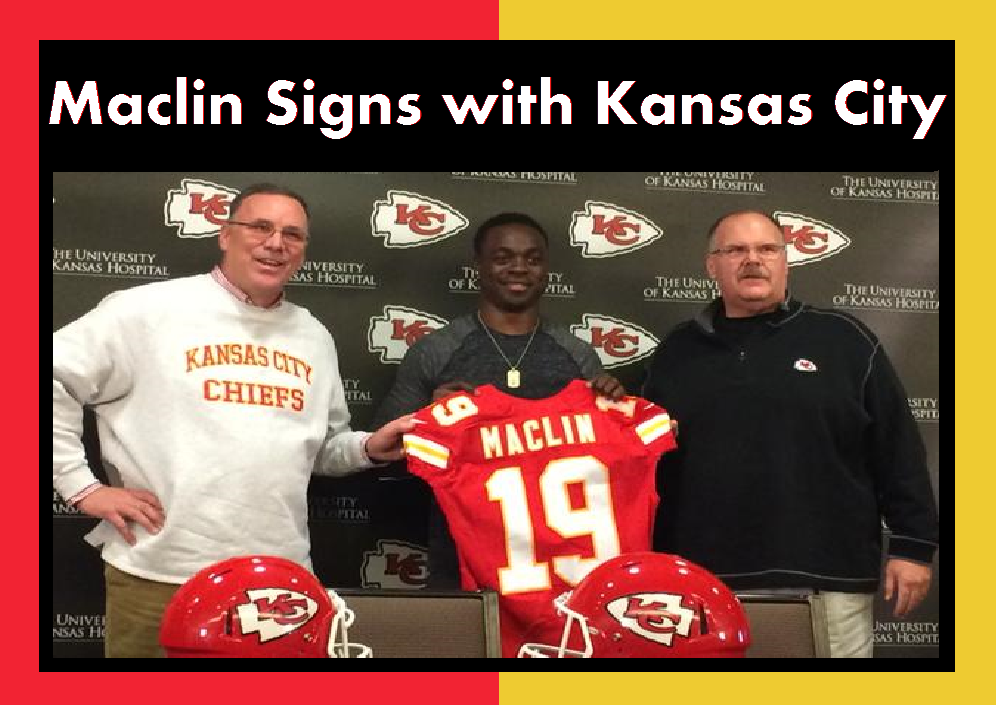 It's not as good as I hoped, but I wanted to make a quick one of Maclin going to the Chiefs.  I plan to make one of Sean Weatherspoon signing with the Cardinals too, and maybe Foles with the Rams.  The border was inspired by an American Gladiators card.  I wanted to do more to it, but got tired of messing around with it.  Hopefully I can get better photos and improve my skills a bit before I make more like this.

On the other hand, I am very proud of this one. 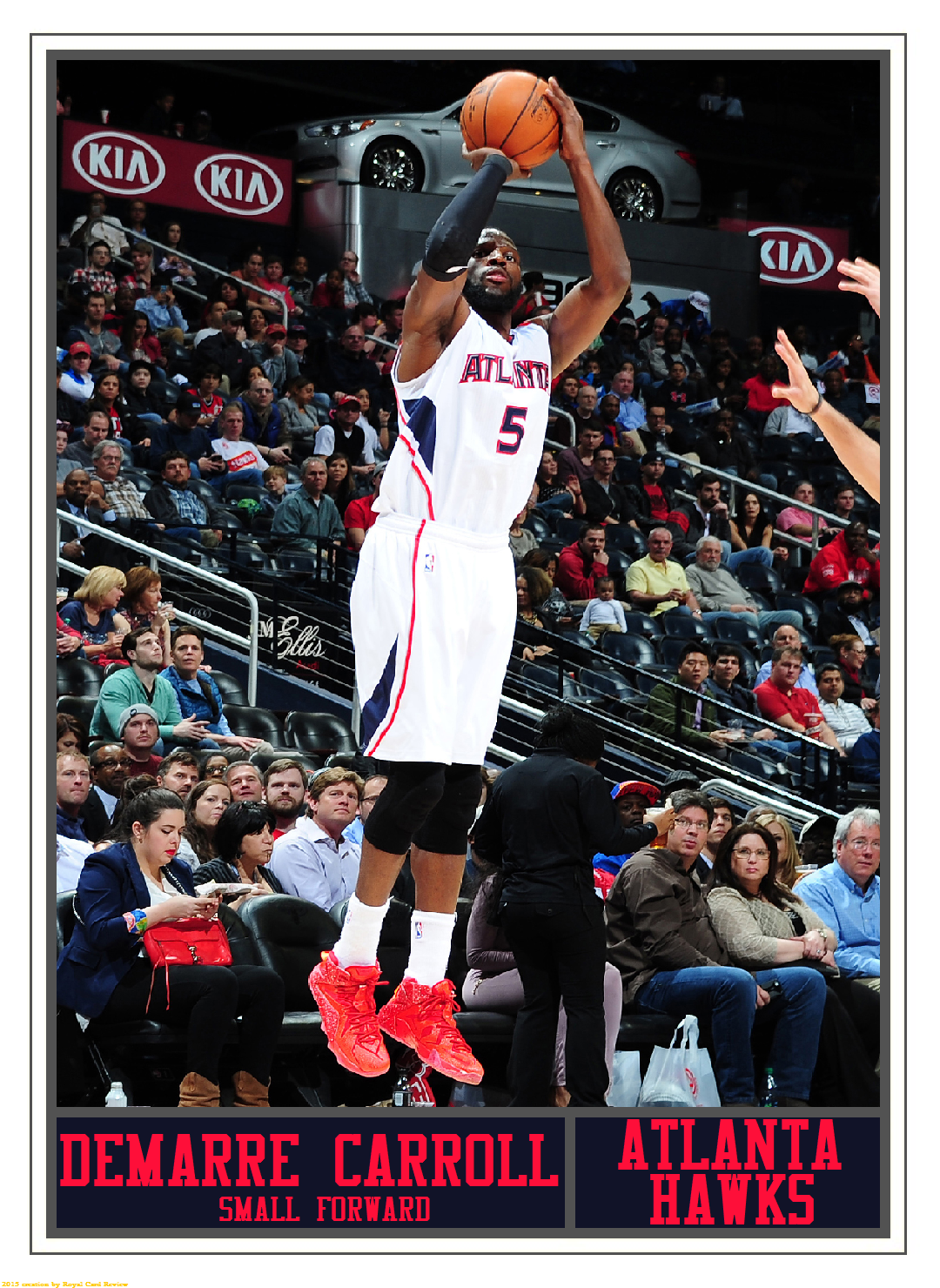 The white border looks better then it shows, but I was real happy with the results.  Based on the 1961 Topps design, I modified it a bit and found the a similar (or actual) Hawks font on dafont.  The picture is good except the woman on her phone, and the car in the background.  Otherwise a great card.

I even made a back for it.  A bit out there but here it is. 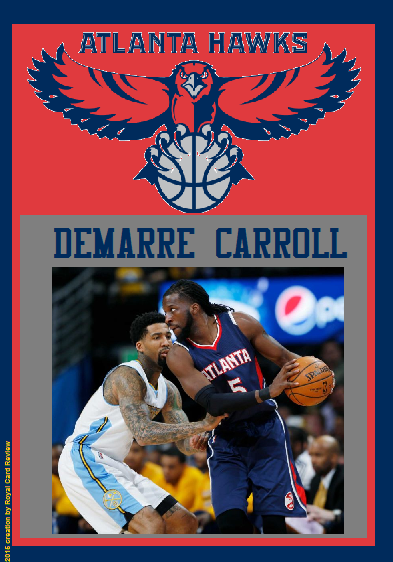 Since I didn't want to include stats so I decided to add another picture.  This is also the first time I included the teams logo on a card.  It was a bit big, but if smaller this could also be a good front of a card.  The card design was inspired from a Back To The Future card.

I think that will be good enough for one night, I do have some better posts planned for this week, and might lay low next weekend, I have a lot of exciting basketball to watch.  Thanks for reading and have a great night.