You win some, you lose some, and you forget some

I'm not going to complain, but I've had an odd week on the blog.  I've seen a ton of traffic, which I'm not complaining but it is a bit odd.  At first I thought it was because I mentioned a couple contests, but I'm not sure anymore.  Anyways, thanks to everyone who has been reading. 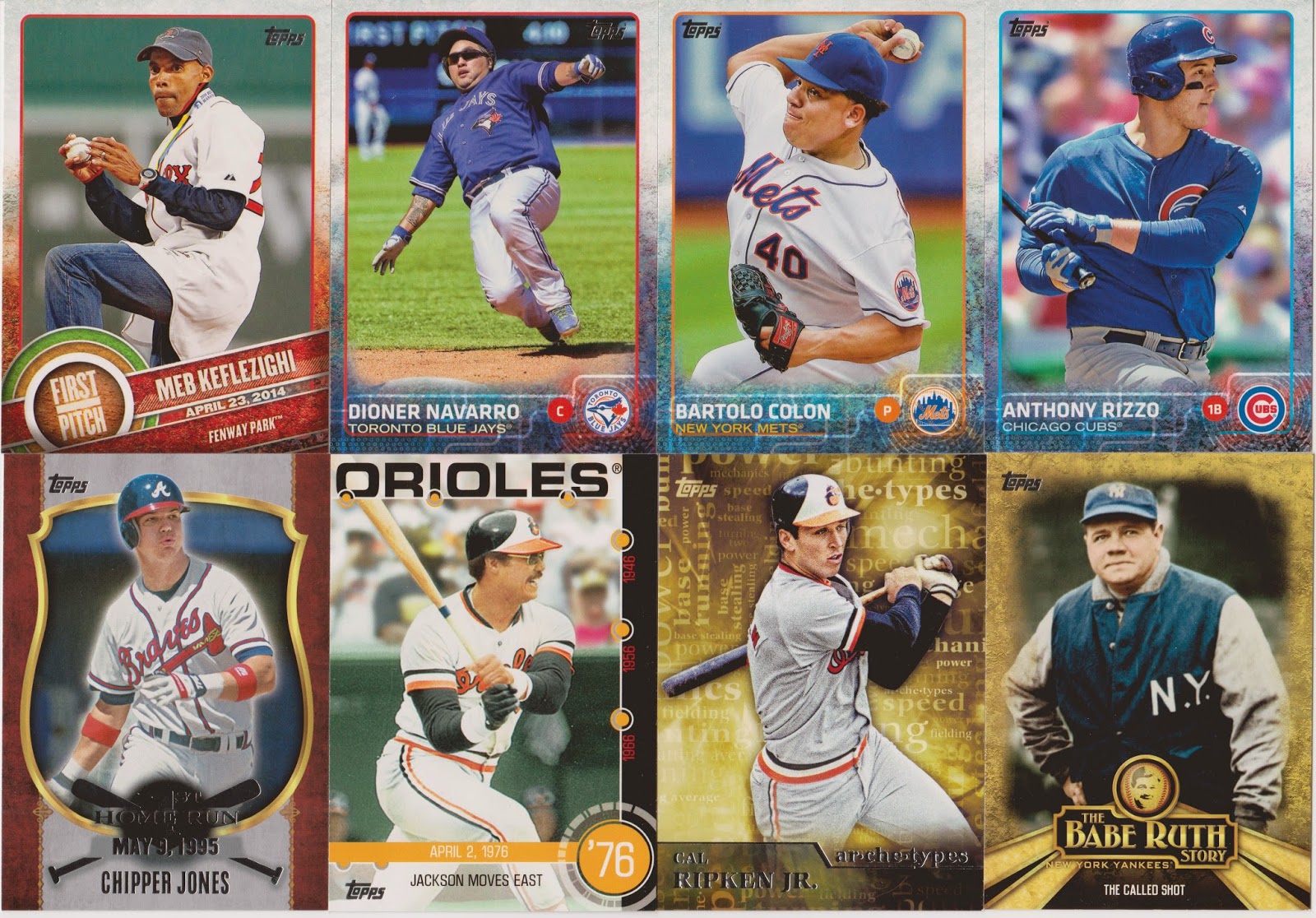 Overall some nice inserts.  Not a fan of the Jackson card (not sure what the insert is of), but the rest are ok.  I'm still hoping to get the Royals First Pitch insert, likely will get it soon.

So, with that out of the way, let me show you a few other cards.  First is one I really like. 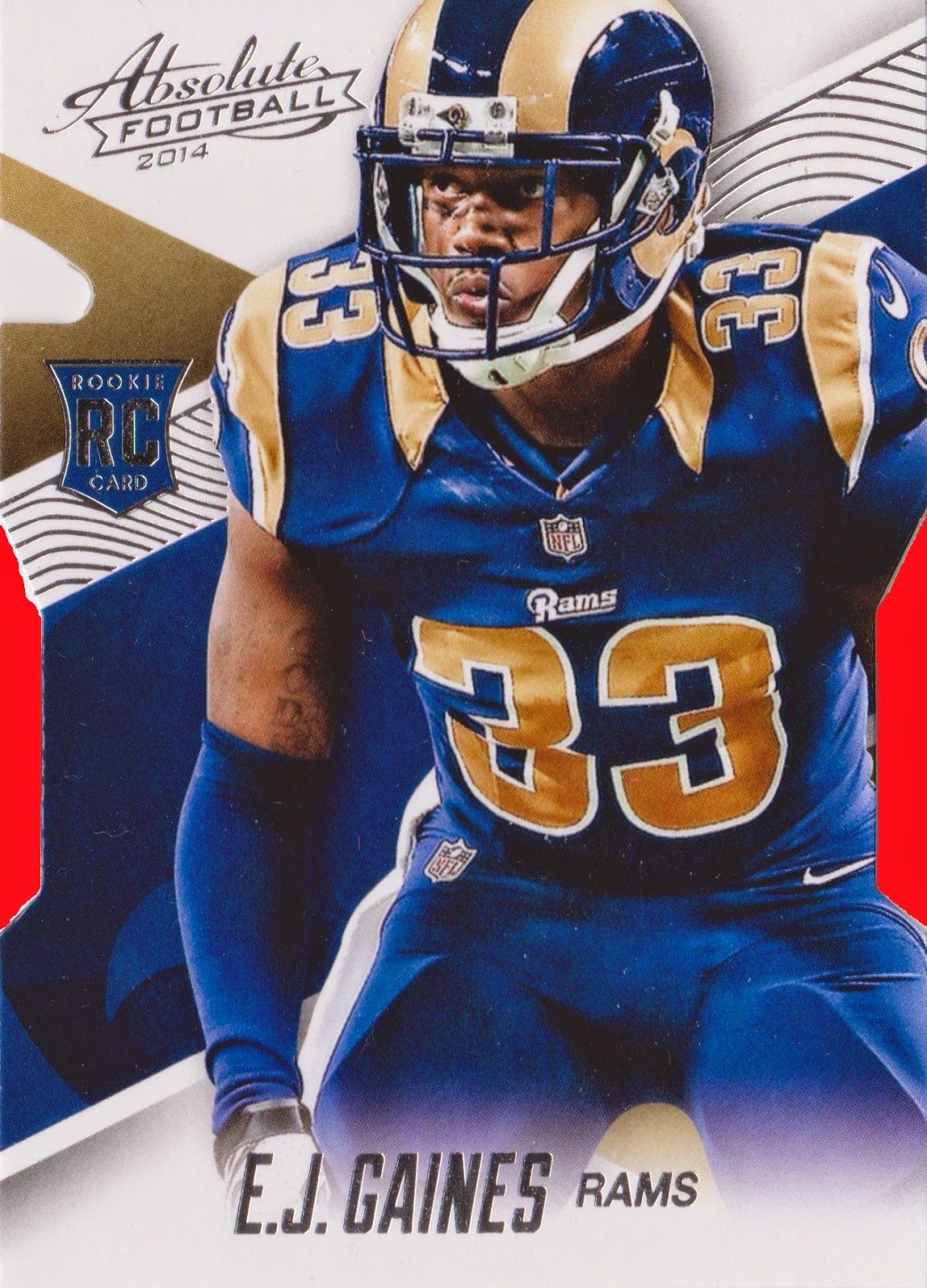 I used paint to paint in the red part.  I did it to show it was cut around.  I really like E.J. Gaines and hope I get a chance to see him play in the pros one day (that is if the Rams are still in St. Louis long enough for me to catch a game).  Since I'm not a big Rams fan, I'm not sure with all the stuff they've done the last couple days will help or hurt them, but as long as Gaines gets playing time, I hope people start to take notice.  I won this on Listia some time last month.

Here are a few other cards I won recently too, and also my high school's spring sports schedule.  I might make one of their games just to do something.

I was happy to win the David Cone card.  I mean I'm happy when I win most of my auctions, but I was in a drought and had been getting outbid a lot, so I cut down on a lot of the auctions and focused on this one.  I forgot how many credits I spent, but I got it at a pretty rate.

The Russ Washington I was worried about.  I won right before I went away from the internet for a week.  I wasn't sure if I was going to be able to pay for it in time, but when I did, it got delivered and now I'm happy.  Russ was a Missouri Tiger and this is his first card.  It's one of the oldest NFL cards I have now.

Next is a Joe Randa Gold Medallion card.  Though not finished sorting through all my Royals cards, I knew I needed this one.  It was really cheap too, so I jumped on it.  Having another Randa card is always a plus anyways.

Finally I'll show a lot of cards I won a couple months ago that I never showed off. 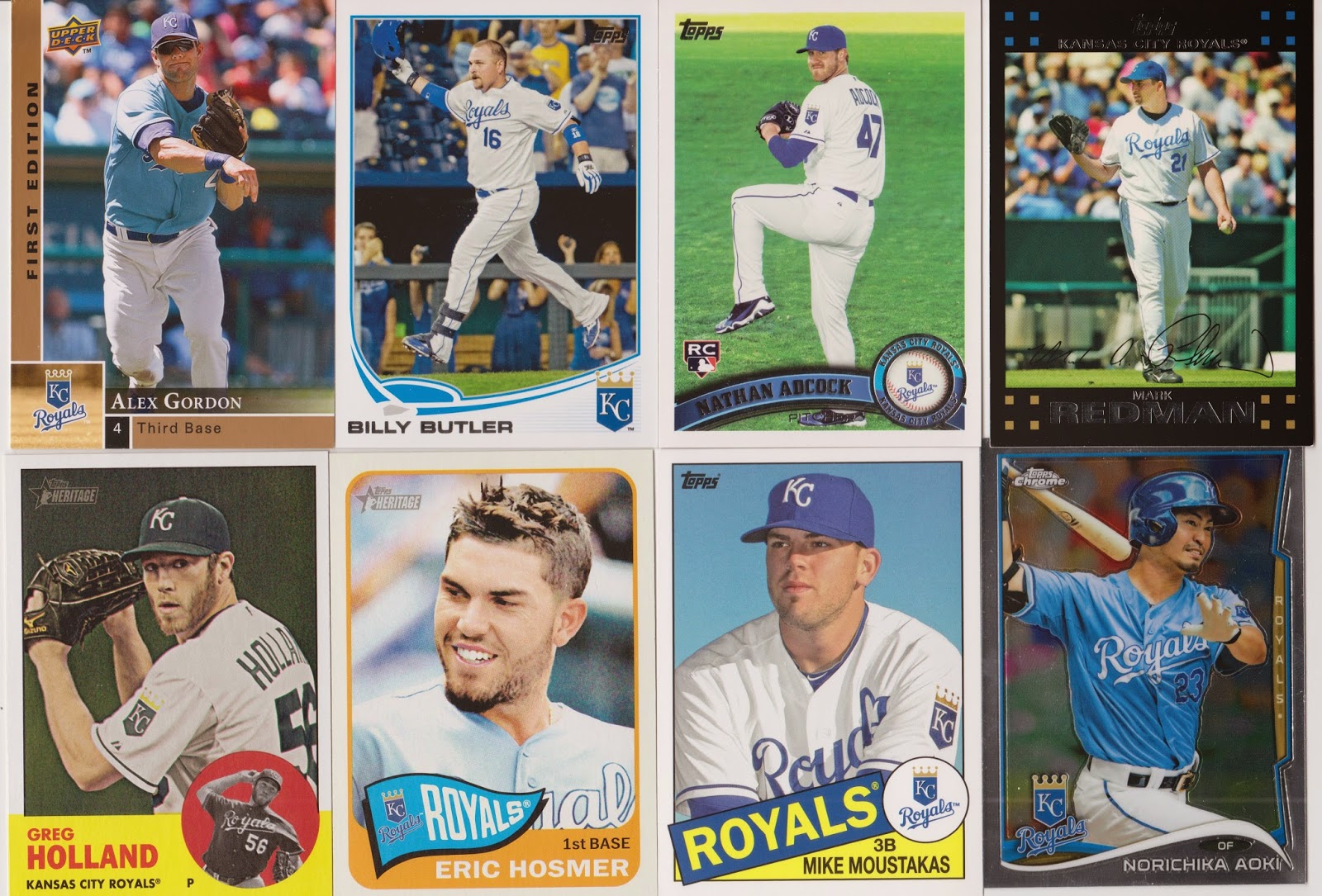 I paid under 1000 credits for these cards, and I'm not sure if I needed any of them, but I do believe I needed a couple at least.  The Aoki Chrome on is one I think I needed, and I think the Moustakas one too.  As for the rest, I'll find out soon.  I don't remember seeing an Adcock card, so even if I only needed 3 of them, I'm ok with what I paid for them.  Besides the Gordon card, they are all nice looking cards, so I can't complain.

With that I think I'll wrap it up for tonight.  I have more cards to show off, and hope to have something cool to show off this week, well a couple things, I'm just waiting for them to arrive.  So thank you for reading and have a great night.