I went on a custom card spree recently and now have about 20 cards backlogged to show.  I won't show them all today, but I will show a variety.  Generally when something pops in my head I work on it then.

Here we go.  Let's start with some Royals. 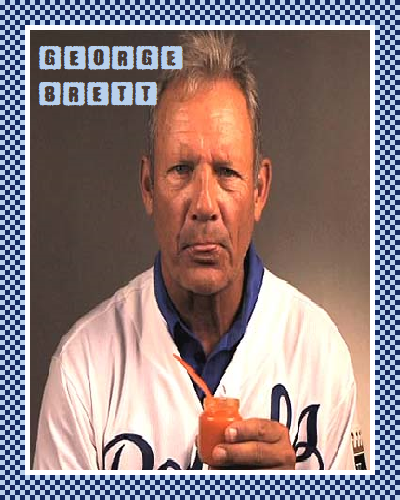 I have no idea how this came about or why, but George Brett was on MLB Network and ate baby food.  I found the photo last year (early in the year I think), but never got around to making a card.  I finally finished it recently really just to test out the border. 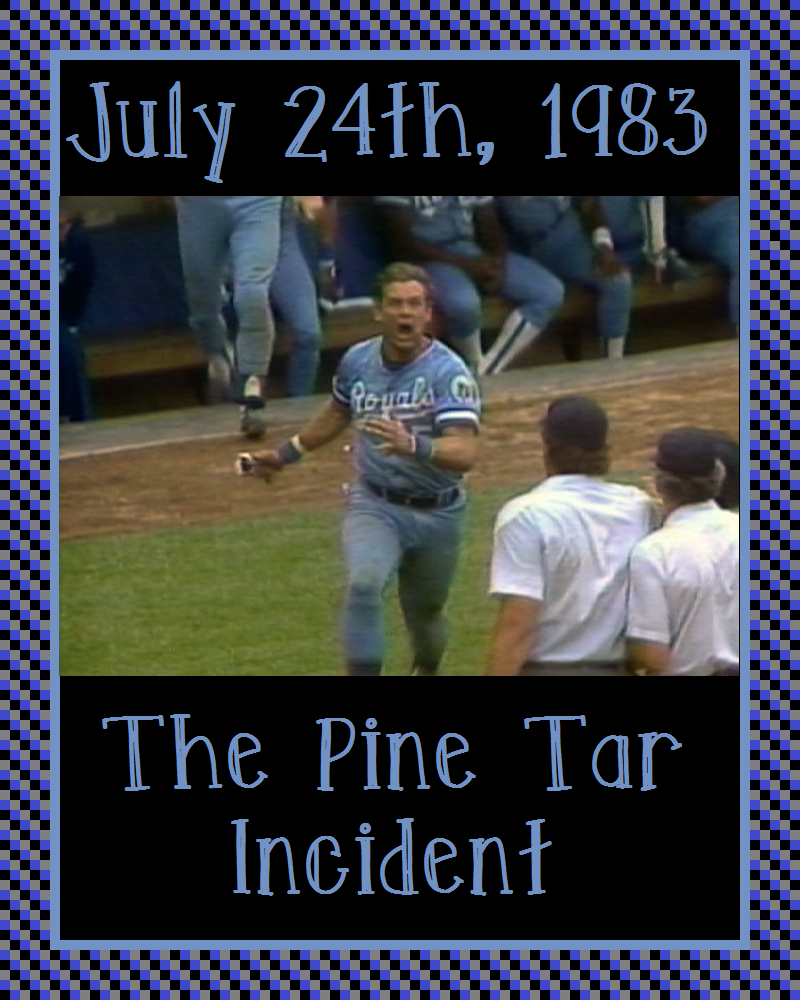 I wanted a bigger picture, but it didn't look good when I stretched it.  As a result, I like how this turned out.  This past weekend, Sporting KC was at Yankee Stadium and re-enacted this scene. 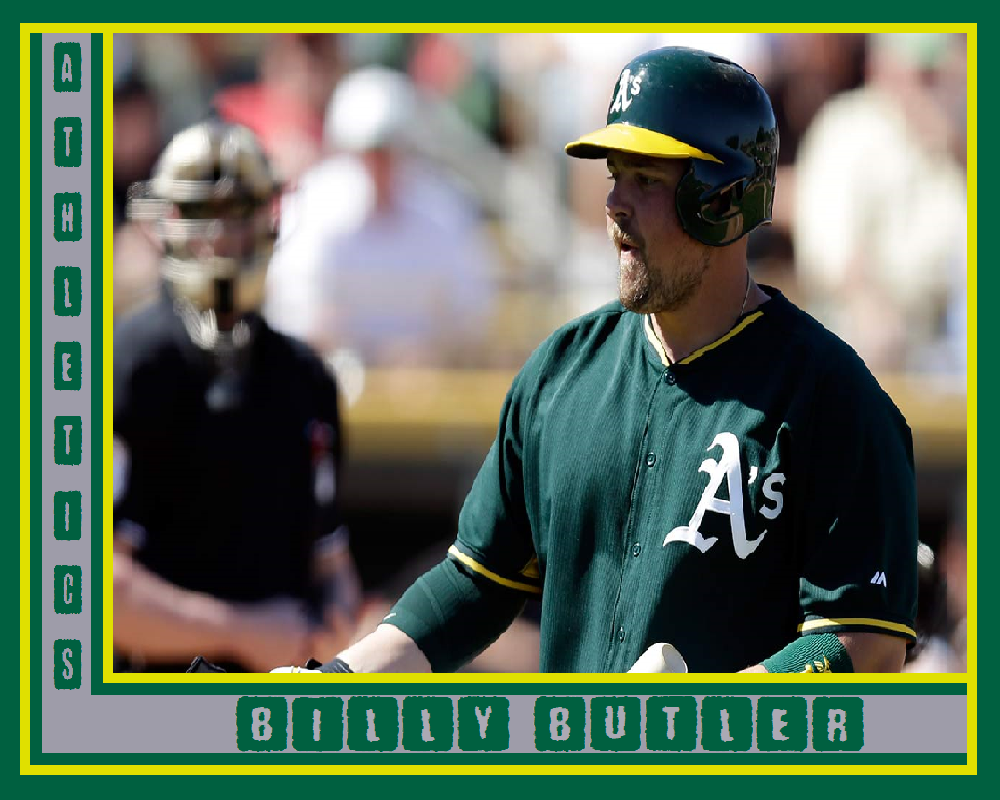 I've been trying to find a good Butler card in a A's uniform for a while, and found this one.  I think I could have done better, but I still like the outcome. 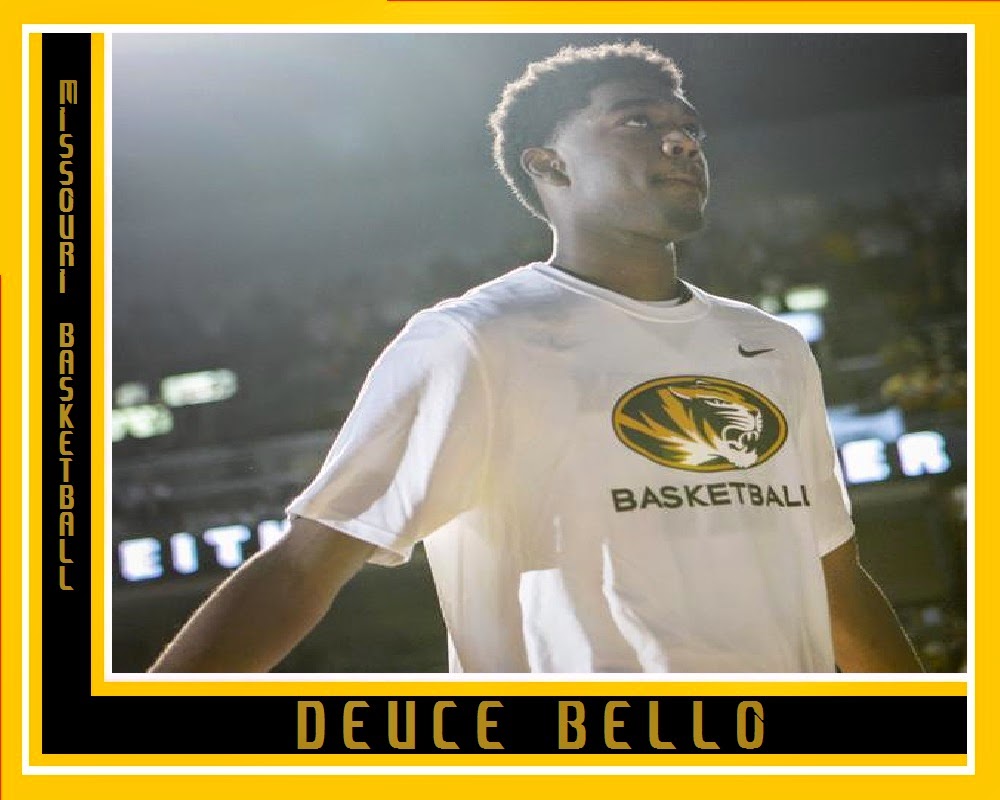 I wanted a card for each of the outgoing Mizzou Basketball Seniors (there were only 2) and this was one of the better shots of Deuce Bello I could find.  I was happy with it when I designed it, but now I think I should have scrapped it.  White border with excessive gold (or yellow) border isn't a good mix.  The picture is a terrible choice, and the Missouri Basketball is way too small.  I'll do better next time.

Before I go on, let me say if you don't like a design let me know. I am only using MS Paint right now, but try to improve each time.  I'm not posting these in the order I made them, but if you see one you like or hate let me know, it will help me in the future.

Okay, I have a couple more Mizzou ones, but in other sports. 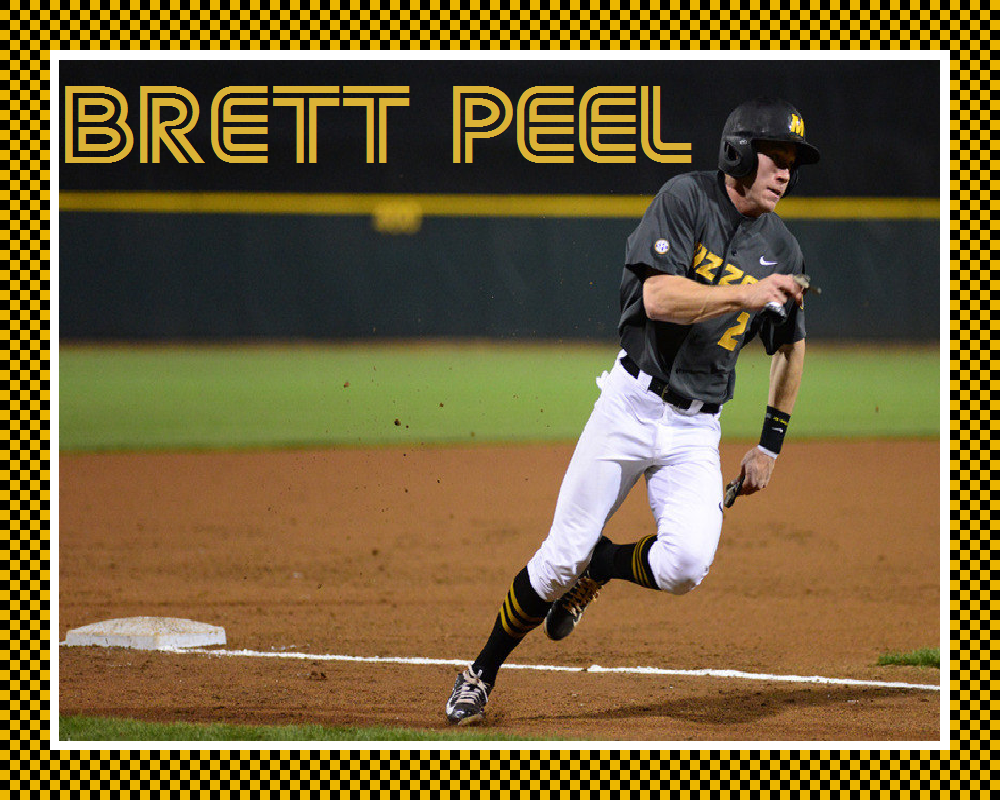 This is a recent photo, and I think with a few more changes this could be a great card.  I like how I used the Blue Jays font but I should have used some sort of background and made it smaller. 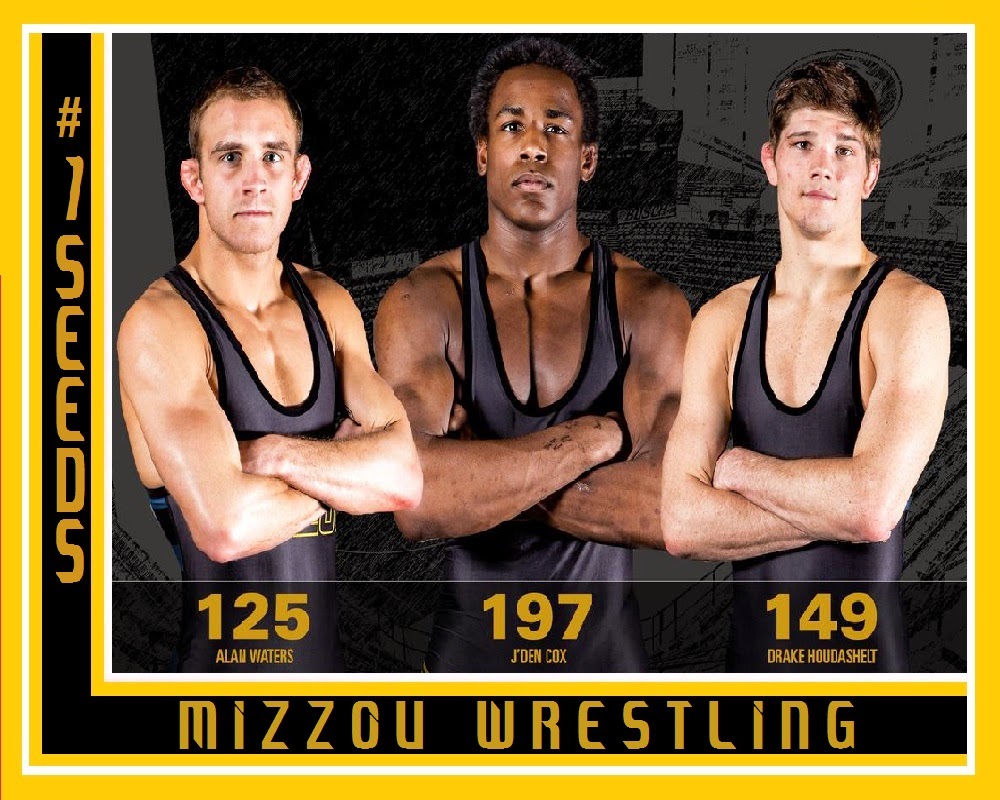 I would be lying if I said I followed Mizzou Wrestling more than highlights on the local news (when they show them).  Despite being a big pro wrestling fan (be lucky this post wasn't a rant on Wrestlemania), I just can't get into amateur wrestling.  However, All three of these men were ranked #1 in their weight classes when entering the NCAA Wrestling Championships a couple weeks ago.  J'Den Cox was the one who got all the hype.  In the end only Drake won a championship, and Mizzou who entered the Championships at #1 as a team finished I think 5th. 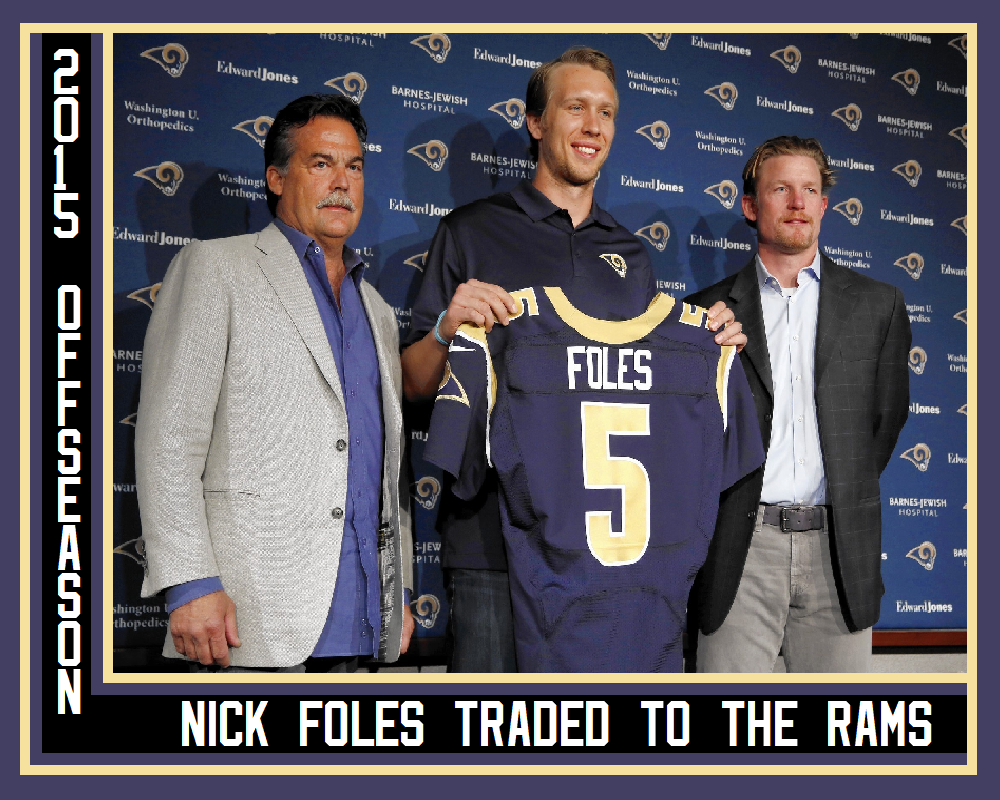 I'm not sure why I made this card,  I am not a fan of the Rams, or much of a fan of Foles, but I made it anyways.  I hope he does well in St. Louis, though who knows how long he stays there (will he last or better yet will the Rams last in St. Louis?) 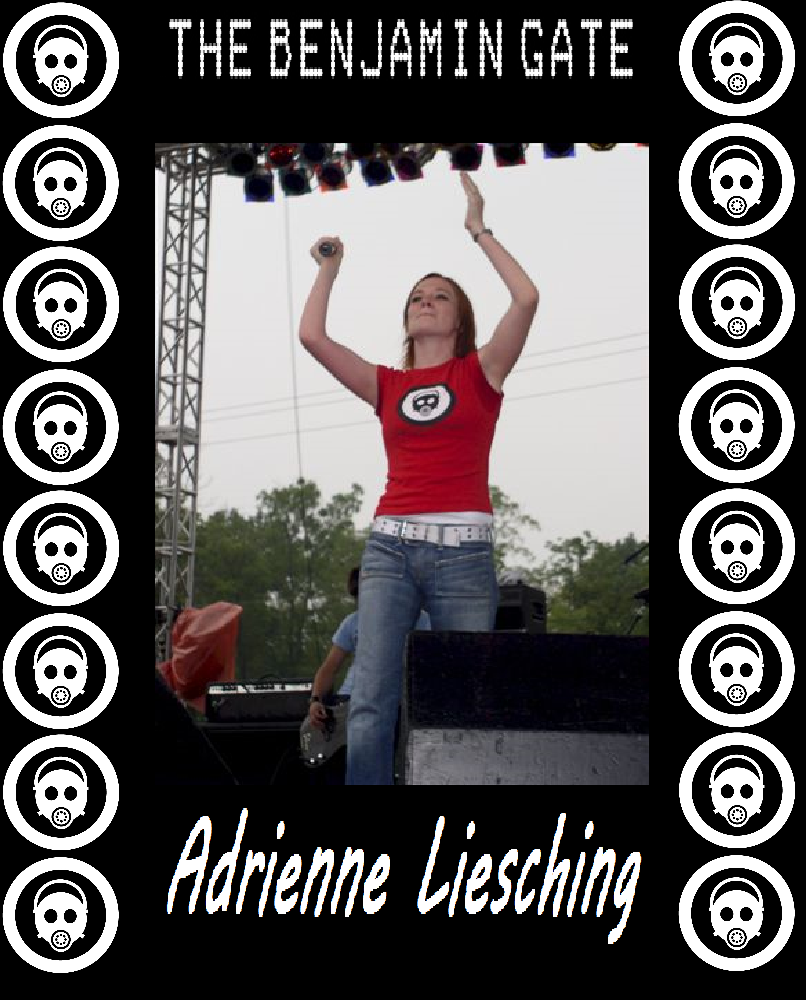 I had fun with this one.  Adrienne Liesching was the lead singer of one of my favorite bands ever- The Benjamin Gate.  Their logo I used as a border for the card.  The band broke up in 2003 or 2004 once Adrienne got engaged.  She would later become a backup singer for her eventual husband, Jeremy Camp, and also has released a couple solo albums under the name Adie Camp.  I stumbled upon the photo will searching for the logo for the band (I wanted to make a card eventually, but not necessarily so soon) and saw this photo (as well as some hard to find mp3's of the band from the Purple Door Festival in 2003, so it appears to be one of their final shows.

I hope to make some more band cards in the future.  Especially when I come up with some ideas

Okay, I have two cards left, and I think these two you guys might like.  The first one is a NASCAR card from an event last year. 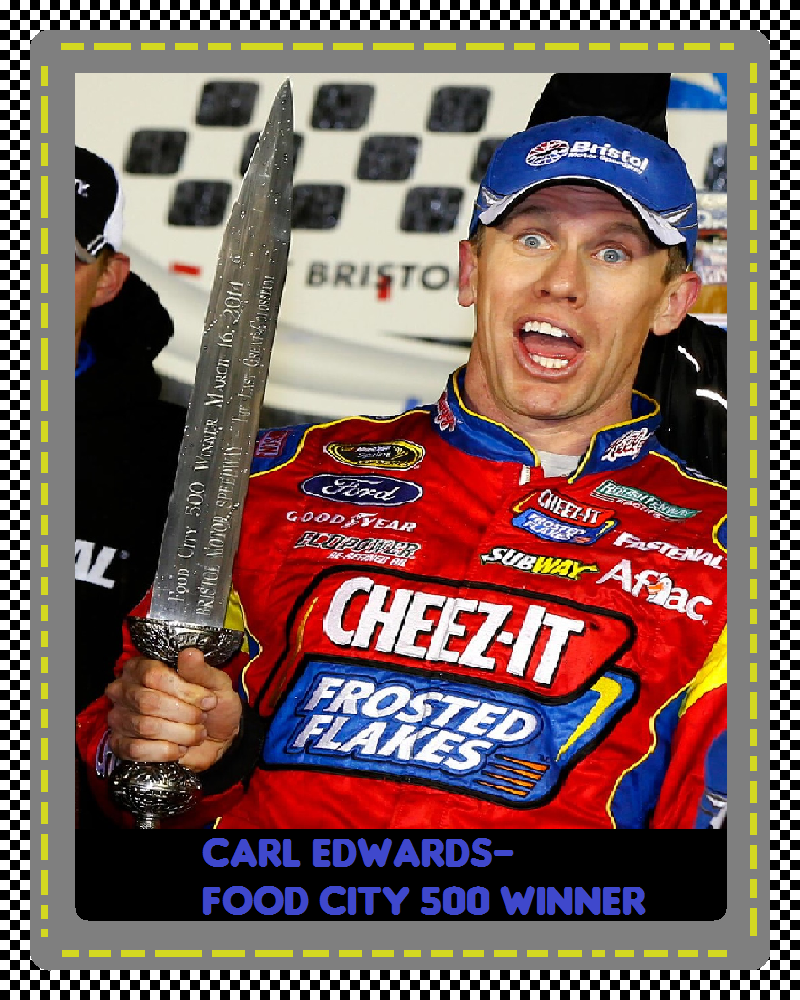 Carl Edwars is a local boy.  He won the early season Bristol race last year and got a cool sword!  I loved this photo when I first saw it so when I went to design a card of it I didn't think much about it.  This the checkered flag concept popped into my head.  After I did that, I made a little mistake and covered it with a gray border.  Then I thought it looked like asphalt, so I made yellow lines to make it look like a road and a track.  I know race tracks are usually more oval, but I still like how this turned out.  Though looking at it now the photo still seems a bit stretched. 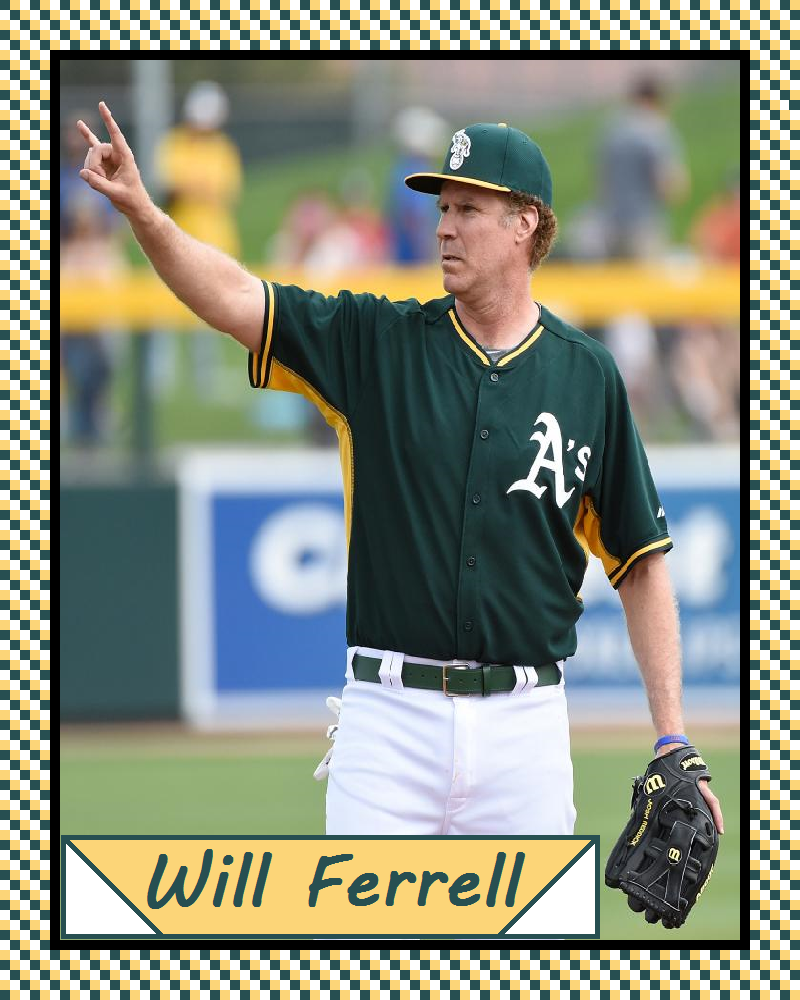 I will be flat out honest.  I didn't care for this publicity stunt of Ferrell playing all nine positions in a day.  I know it raised awareness for a documentary about cancer or something, and I do champion many cancer foundations and awareness programs, but this didn't sit well with me.  First it seemed ill-timed.  If it was the first couple days of Spring Training, I might let it slide, but it was close to when managers started sending players back to the minors, and who knows the extra at bat they may have gained could have helped them (or defensive play).  Second, it was really coincidental that he just happened to be promoting a movie (which looks bad to boot) at the same time.  That was the big think for me.  If he was only doing this for the documentary, I could likely let it slide, but it was a publicity stunt for his current movie.  Plus while I used to be a big fan of his (especially SNL), his act has gotten old to me.

Though I know folks liked what he did, so I decided to make a card.  I messed with the design some and played around and in the end I like the end result.  It might even inspire me to make more like it.

Well that's it this time, thank you for reading, and have a great day!