29 Years later- a look at the teams 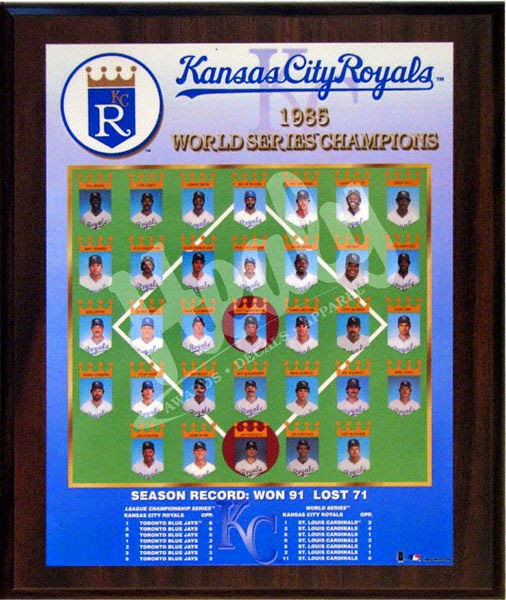 A few days ago I posted some things to make you remember what life was like in 1985, the last time the Kansas City Royals made the playoffs and won a World Series.  Let me state, my excitement is more on the fact that we made the playoffs, not that we have a chance to win the World Series.  Of course I will be excited if we win it all, but I just wanted to make it this far.  When the Royals made the trade to get James Shields and Wade Davis, I wasn't mad.  I actually posted on facebook "the price was steep, but this gives us a chance to win now".  My goals for the Royals are simple for the last few years- have a winning record.  After the trade, I kept that as a goal, but hoped they would cause excitement allowing the fans to get behind the team.  My goal this year was a playoff spot.  Most of the teams I root for are not championship teams (Mizzou, Royals, Chiefs, I even rooted for Tampa Bay Buccaneers until this year), all I want from them is to make the playoffs.  That's why I am excited.

Anyways, my post tonight isn't going to be too long.  I was supposed to fulfill my duties as an American and do jury duty tomorrow, and figured I wouldn't have time for much else.  I have never done jury duty before and made sure my calender was clear so any plans wouldn't be dashed.  Anyways, today I got a call saying I didn't have to do it.   It was bittersweet because I wanted to do it, but at the same time, relieved I don't have to.  As a result, I have more free time to work on my Royals collection, and a chance to watch Monday Night Football with the Chiefs (currently on), and even better I get to enjoy watching my Royals in the playoffs without worrying about getting to bed in time to show up at court.  I'm rambling again, so I'll get to the point.


All the players listed played at least one game in their season.  I included Luke Hochevar because he was on the 60 day injured list all year.

So with nothing else to write, I will say thanks for reading and have a great night.