Am I ready for some football?

Oh, I have to write more don't I? I forgot, sometimes I get long winded and write for hours, and then realize a simple yes or no will work.  So I will talk about it a bit more.

I can't really pinpoint why I'm not in the mood for football yet.  Don't get me wrong, as I am writing this, I have the game on (they are singing right now), but only because my Royals have an off day.  I don't really care about the Seahawks or the Packers, though my mom is a huge Packers fan.

I have gone to a preseason NFL game (where I saw the Chiefs and the Bengals), and even went to the opening weekend of the NCAA football season (where I saw the Missouri Tigers and the South Dakota State Jackrabbits).  I had fun at both games, but I still wasn't in the football mood yet.

Part of the reason could be because my team, the Kansas City Royals, have a legitimate shot at making the playoffs for the first time in years (or decades even), and deep down, I will always love baseball more than any sport.  Last year I was in a similar situation where the Royals were looking to get a wildcard spot, but I never believed they could do it, I was just happy with a winning record.  Even so, I still was excited for the opening weekend of the NFL last year.

Another part of the reason could be because unlike most people growing up, my school didn't have football.  Even if they did, I still wouldn't have played, but it would have gave me a chance to watch football more.  When I was in school I took stats for basketball, and briefly, for baseball.  As a result, I really got into basketball more and to this day I love watching high school and college basketball (the NBA doesn't do anything for me anymore).

As I was thinking of what to write today I was wondering to myself  "Why do I enjoy baseball more than any other sport?"  As I was thinking, I realized that in baseball, I could miss a game or too, and still be able to watch or listen to games during the week.  In the NFL, I can't.  If I miss my team play, I have to wait a week to see them again.  In baseball, there is a game every day.  In football, while they are adding more days to their week, there are only games 3 days a week.  While that feeds an appetite, it doesn't fill me up.

I guess since I watch college football in addition to the NFL, I know more of the players who are in the pros, so I don't see too many breakout stars.  Meanwhile in baseball, I'm not a fan of college baseball or even high school baseball for that matter (I would if they got rid of metal bats),  so if someone breaks out, I am amazed more by their talent.  Which also makes me want to watch more teams in MLB as opposed to the NFL.  I even listened to a few minor league baseball games this year.

Another reason I may not be ready is because this year I have spent a lot of time working on my baseball card collection and not so much on football.  So I'm sure I will get into as baseball winds down, I'm just not ready to give up baseball yet.

So while people are listening to George Carlin explain the difference between baseball and football, or hearing Andy Griffith talk about his big orange drink, I will watch this game and wonder "I hope Detroit Tigers lose tonight and give the Royals a 2 game lead in the Central". 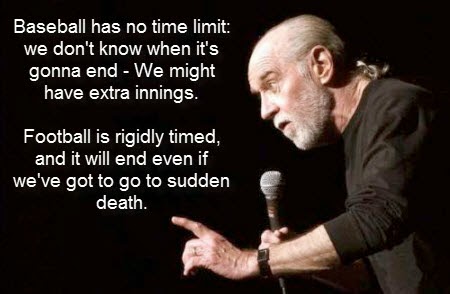 Soon I expect to be in the football mood, but for now its time to sit back watch this game, and have millions of thoughts race through my brain so sometime soon I can say YES!  I AM READY FOR SOME FOOTBALL! 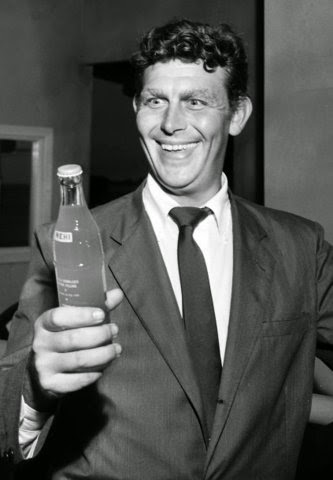