Where are all the Ladies at?

I'm sorry for what I'm sure most of you guys may consider lackluster posts.  Heck, I haven't even featured a lot of cards lately and when I do they aren't Royals.  Today I promise to post some cards, but sadly, they won't be of Royals.

Instead its Ladies Night!  Well, kind of.   Yesterday while most people was watching endless hours of NFL, or watching their team win or lose a chance at making the MLB playoffs, another sporting event occurred.  Well, I'm sure a few events happened, but I'm talking about the WNBA Finals began.

The Phoenix Mercury and the Chicago Sky faced off, and Phoenix prevailed by 20.  Before you ask, no I didn't watch it.  Luckily the internet saved me and I was able to see the score.  To be honest, I had to look up where the Sky were from.

Truth is, I haven't watched the WNBA since like 2007. To be fair I hadn't really watched it a lot since like 1999.  I do like watching the WNBA in all fairness, I even enjoy watching high school and college basketball, but I just can't find the time or get too excited when its on TV.  The same could be said for the NBA too though.


Wait, maybe this movie was a little better. 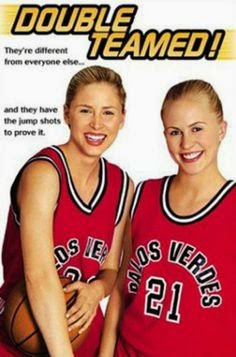 SEE I FOLLOWED IT!

Then I stopped watching.  I had other things on my mind, namely a job, and a life.  However through the years I kept my eyes on the league to some degree.

I'm writing this for a couple reasons.  First I'm out of an idea to write tonight, and it was either wrestling or WNBA, and I don't see many opportunities to write about the WNBA.  The second, is because I have a couple cards already uploaded I can show off. 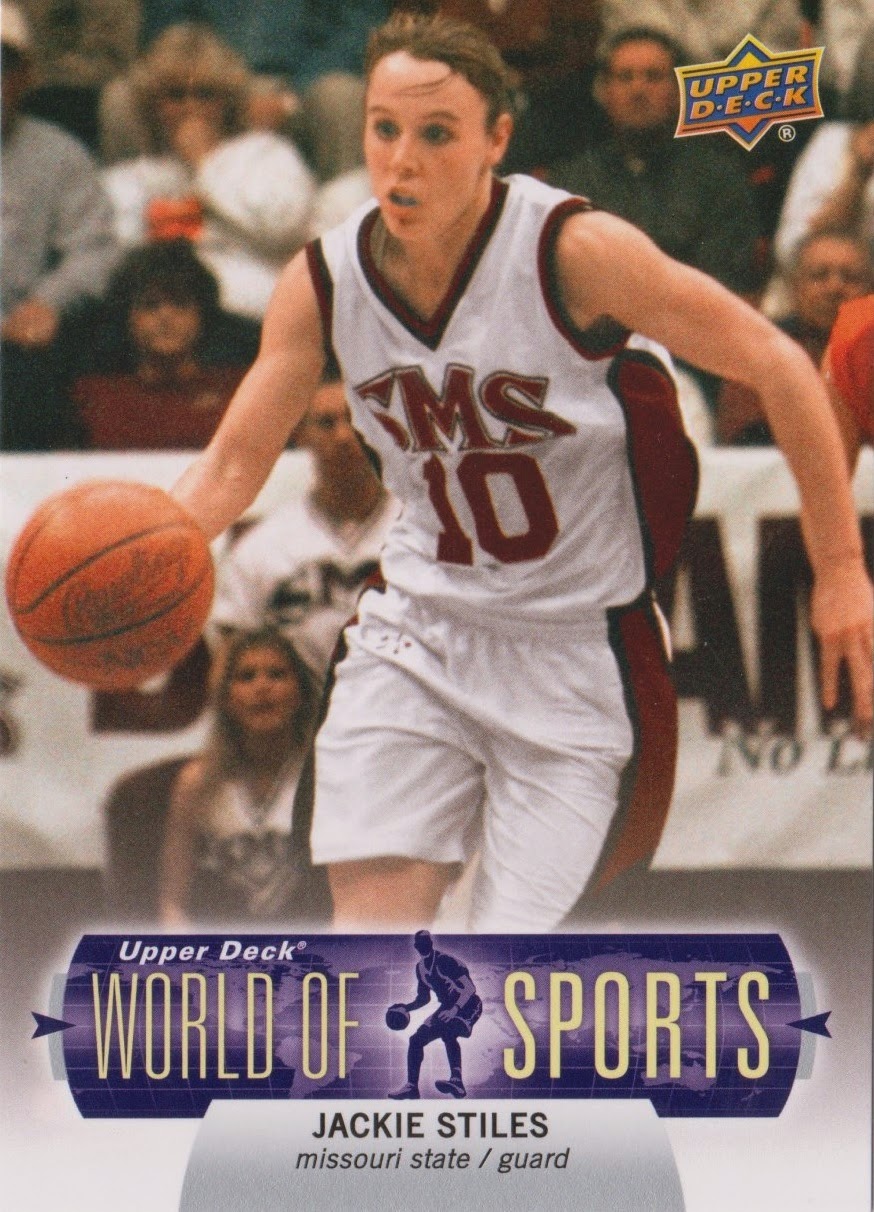 While this is a newer card, Jackie Stiles was a legend in southern Missouri about the time I was graduating high school.  I went down to Springfield for a college visit and remember her being on the cover of the phone book (its amazing phone books still exist, but that's for another day).  Jackie became one of the highest scoring players in Women's College Basketball and made it to the WNBA.  Sadly she more or less fizzled, more astonishing was the fact that I never even saw her play one game in the WNBA.  She played for Seattle Storm (I think its the Storm), and then went to the LA team (was it the Starzz?  WNBA has odd names). I really wanted her to succeed and was hoping she could make a name for Southwest Missouri State (now Missouri State).

I got that card earlier this year, and out of all the cards I wanted to get, this was pretty high on my list.  First because I really liked her, and second because she is wearing he college uniform in the picture.

The only thing better would maybe be a Missouri Tiger Women's basketball player in the WNBA! Amanda Lassiter I remember her playing for Mizzou.  At this time, I kept up with all Mizzou sports (I still do to some degree), so I knew Lassiter from the highlights on the local news.  Personally I thought Kerensa Barr was the better player on the team, but as I look it up, Kerensa wasn't drafted, but 3 players on the Mizzou team of 2000-2001 were- Amanda Lassiter, Marlena Williams, and Evan Unrau in 2004.

As it turns out Lassiter was cut by Chicago during the preseason.  Lassiter is the only Mizzou WNBA card I have but a total of seven players have been drafted into the WNBA.  Besides Amanda, Marlena, and Evan, Christelle N'Garsane was drafted in 2006, LaToya Bond also was drafted in 2006, Christine Flores was drafted in 2012, and this past season Bri Kulas was drafted.  Unfortunately none of them are on any current squad, but I hope some are soon.  It might just get me to start watching again.

For those interested, game two of the WNBA finals is tomorrow night on ESPN.

Thank you for reading, and I'm sure you never expected to read so much about the WNBA in your life.  Have a great night.