Basketball cards and a moment of Clarity

I'm a little backlogged now thanks to not posting for a month, and then on Christmas Eve I got a present that I'll show in a few days that already has been keeping me busy.  Anyways today I'm going to knock a couple Listia wins from October off my list.

We start with a rare blog featuring basketball cards.  I collect some basketball cards, but am looking into getting rid of some of them.  I don't watch the NBA much anymore, as I prefer seeing the college games more, but I still follow players who went to Mizzou.  I'm a big fan of DeMarre Carroll and Kim English and Phil Pressey.  These cards I'm about to show are 20 years old (plus a couple more), and one of the four is a Legend (not at Mizzou, but in the NBA).

It was a package deal, but I only wanted the first two cards.  I don't remember Charles Smith, and I admit I liked Kevin Johnson in the NBA, but I never was a huge fan.

The main reason I got this was because of the Doug Smith card.  I actually have one already, but sometimes I make exceptions, and I hope one day I can get on of them signed.  He played at Mizzou shortly before I started watching, but I learned about him after I became a fan.

To top it off, was this Larry Bird card.  I always liked Larry Bird, though I will admit I didn't get to see him play during his peak.  I have seen a lot of cards from this set floating around, but rarely see the Bird card.  I got this fairly cheap (I think under 500 credits).  Not too bad for 2 cards I wanted, and being an oddball set such as Kellogg's just added to its appeal to me.  Once I get caught up on things and sort stuff out, I may look into completing this collection.


Let's move on to football, and have a moment of Clarity.  Well, a card of Clarity.  I saw this card on Listia and looking back now that I have it in hand, I overspent (which isn't a terrible thing when I've never spent money on credits on the site), and payed close to 2000 credits for this card. 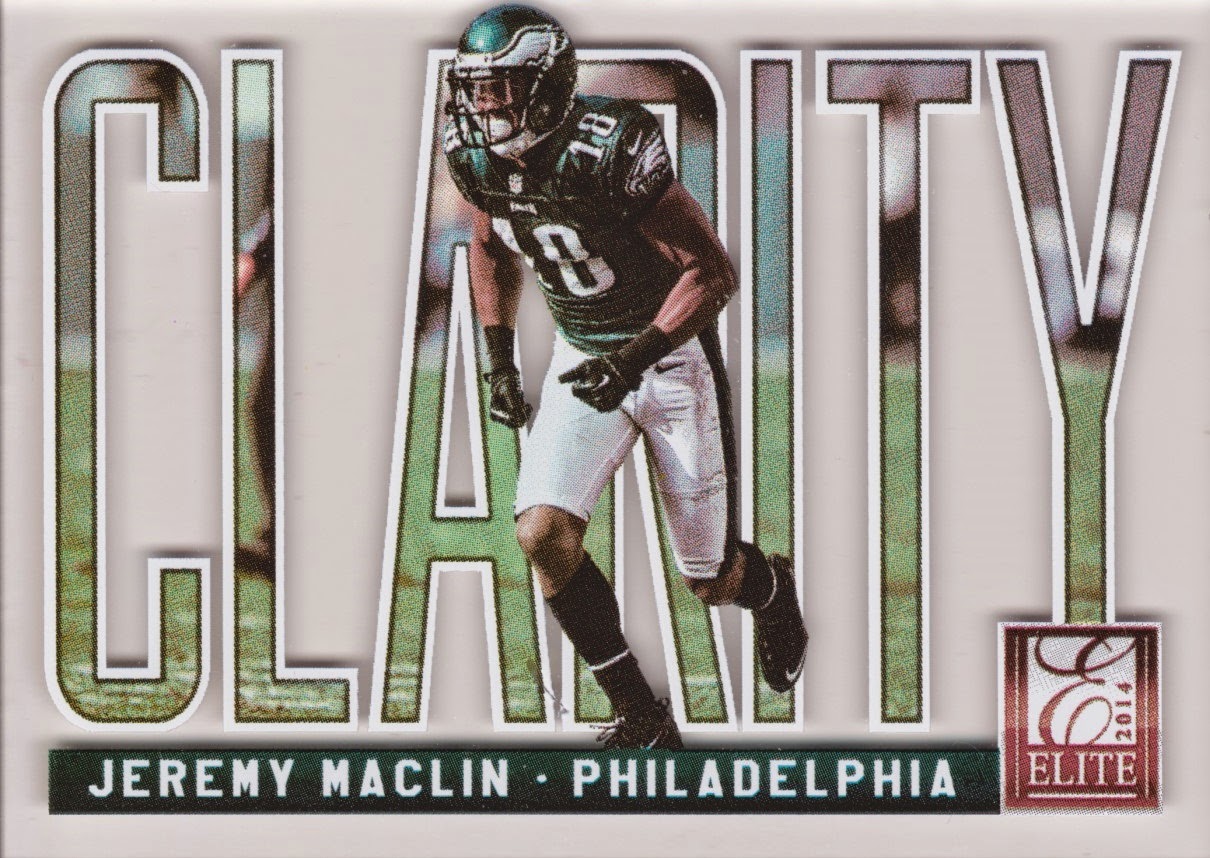 Jeremy Maclin is having a huge year, and even better for him is its a contract year.  Also a product of Mizzou, I have been a fan of his since I first saw him play at Mizzou.  I'm not sure if I still have it (thanks to multiple hard drive crashes), but I had a video of him at Mizzou I recorded on my camera with him scoring a 20 yard or so touchdown.  It was one of the first Mizzou games I attended. He's one of the few players I never got to meet that has gone to Mizzou in recent years.

This card is odd to say the least.  It's clear, not white.  I took multiple photos to show this. 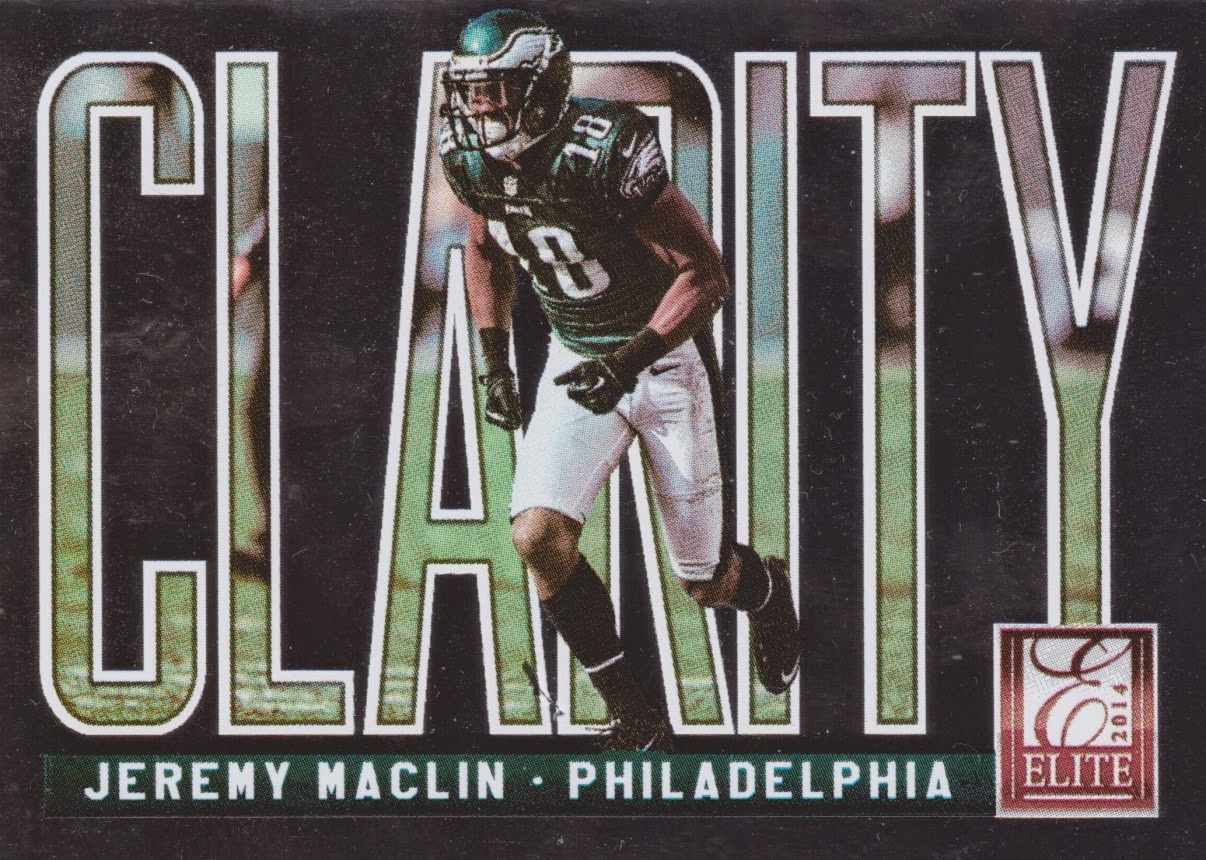 I like it, and its really thick.  Though after I got it, I got a little buyers remorse.  However I am happy it is in my collection now.

To show that its clear, I took a picture of it and you can see my fingers behind the card. 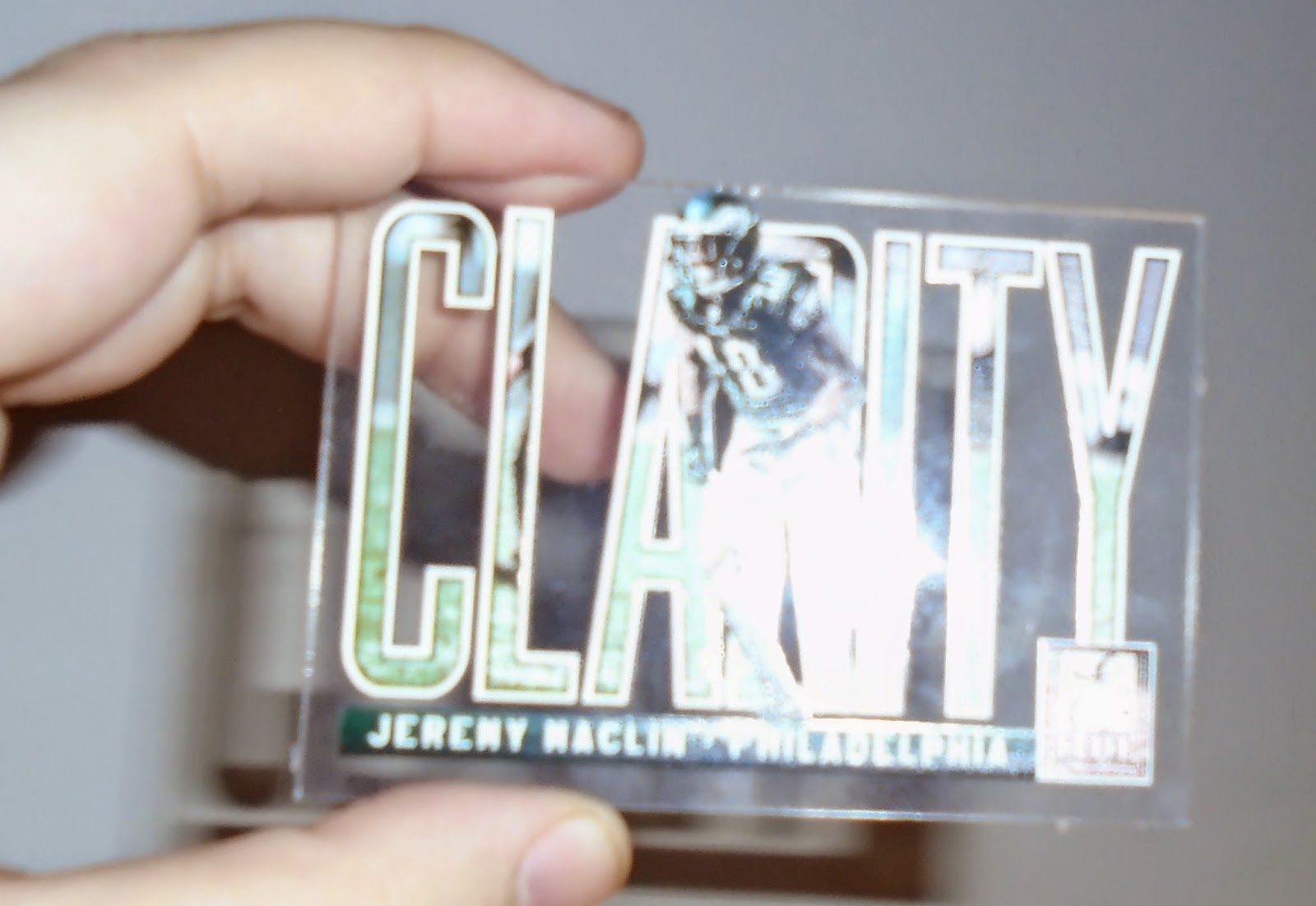 If you have never seen these cards, they are worth seeing.  My remorse is more because I spent more than I normally do, not so much the card itself.  For some reason I thought the printing on the card would be inside the clear part, instead its more like its screen printed.  Almost embossed (not badly, but you can fell the card).   It is a heavy duty plastic, similar to plexi-glass, I was thinking it would resemble glass a bit more, but glad it doesn't or the edges would be real sharp.

So that's a couple more wins I never got to post until now.  I have some more posts I'll be planning soon, including a present from my best friend that made my jaw drop. Anyways, thanks for reading and have a great day.