2014 is almost over, I guess it is to all my readers on the other side of the pond and beyond.  I was shooting around ideas for my 100th post, but in the end I decided it would be fitting to combine it with the year in review.  Looking back I went to a lot of events this year.  Some I will go into detail about at a later day, but I thought I would give a recap of some of my favorites.

In April, I went to the Mizzou Spring Scrimmage.  They yearly event is always fun, and this year was good because for once the weather was great.  It coincides with the annual Tiger Team Store clearance sale, which as of late isn't as good, but this year I did manage to get a couple things.  I got some kicks, that's what the cool kids call shoes right?  I got some brand new Nike cleats, which I still haven't tried on.  I will take a picture one day and show them off (or shall I say SHOE them off?, no, I shouldn't).  I also got a James Franklin jersey cheap.  Let me rephrase that, I got a Mizzou #1 jersey cheap.  It doesn't matter if his name isn't on the back, because two other players I liked from Mizzou also wore #1, among others are Kip Edwards, and Marcus James. 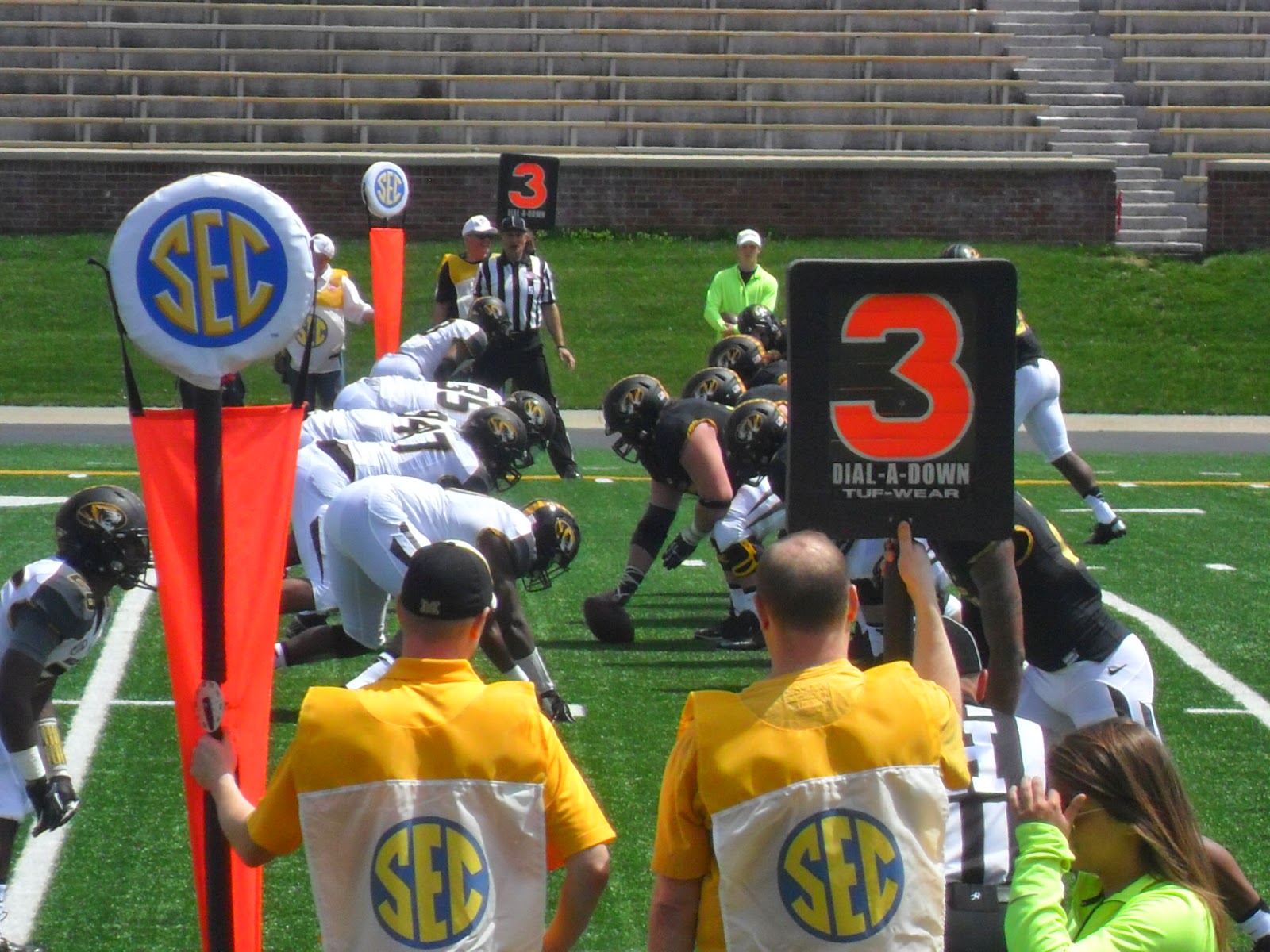 The game itself was fun.  We got to see Maty Mauk working with the first team, and saw an amazing run from one of the backup QB's, Marvin Zanders.  This photo was my favorite I took from the day, good enough that I recently included it in a calender I made for 2015.

Moving onto July, I attended my first Kansas City Royals game in 20 years.  It was a birthday gift from my best friend (he told me on my birthday to pick a date), and when we finally came up with a date, it was July 27th.  It may not mean much to many, but the date was great for me because it was a day before my dad would have turned 66.  He was a fan of the Royals since they started playing, and was like me as he hardly ever rooted for the Cardinals.  It's how I started to bleed Royal Blue. 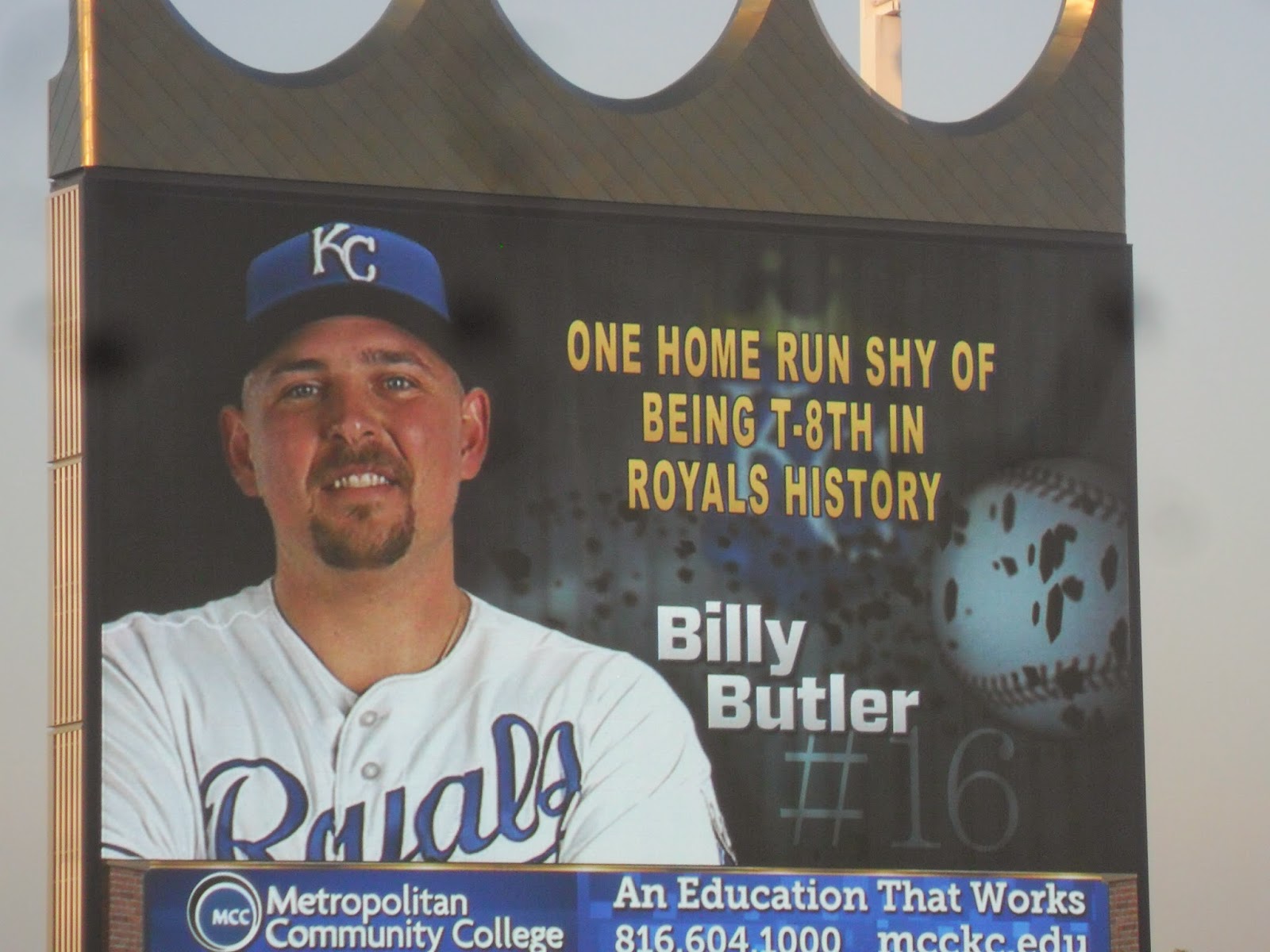 Butler, affectionately known by the locals as Country Breakfast, hit a couple home runs earlier in the week and started to look like the Billy of old.  However as he stepped to the plate, he got a mixed reaction, as he had a not so stellar season thus far. 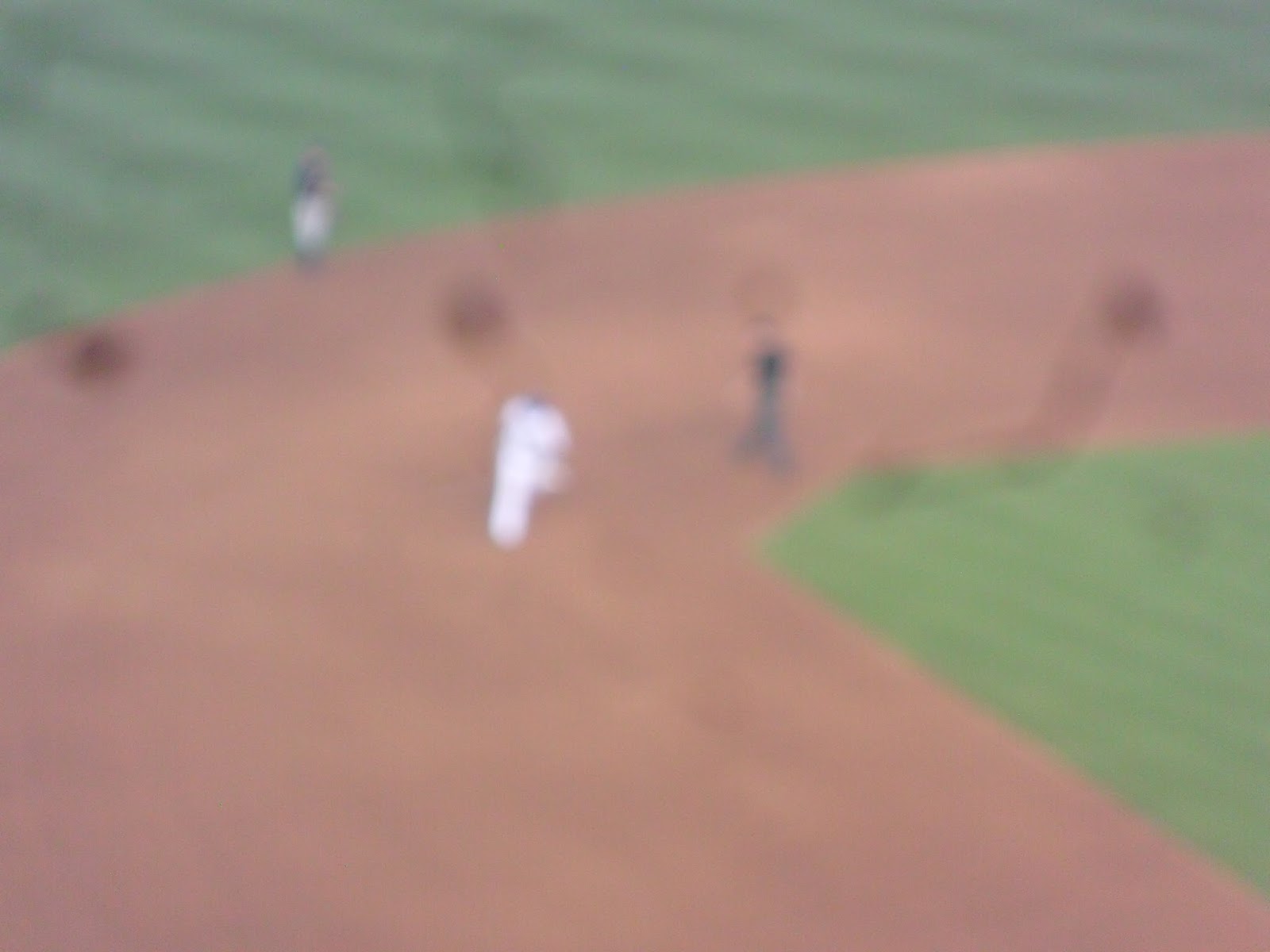 He was no longer tied for 8th!  A home run changed the crowd to all cheers.  The Royals came back and won the game, and I learned two things that day.  First, if I went to anymore live events, I needed a new camera (I mean look at all those black spots on the camera, it looks like a ticker-tape parade), and second, you should never count the Royals out.

Less than two weeks later, I was able to visit the Truman Sports Complex again, this time to see the Kansas City Chiefs in preseason action against the Cincinnati Bengals.  I have never been to a Chiefs regular season game, but this is the second time in two years I've been able to go to a Chiefs preseason game.  Hoping for a better result than in 2013 (the Chiefs lost to the 49ers in the game I went to), I wasn't disappointed.  The action was good, and I got to see De'Anthony Thomas.  DAT is someone I hope is around in Kansas City for many years to come. 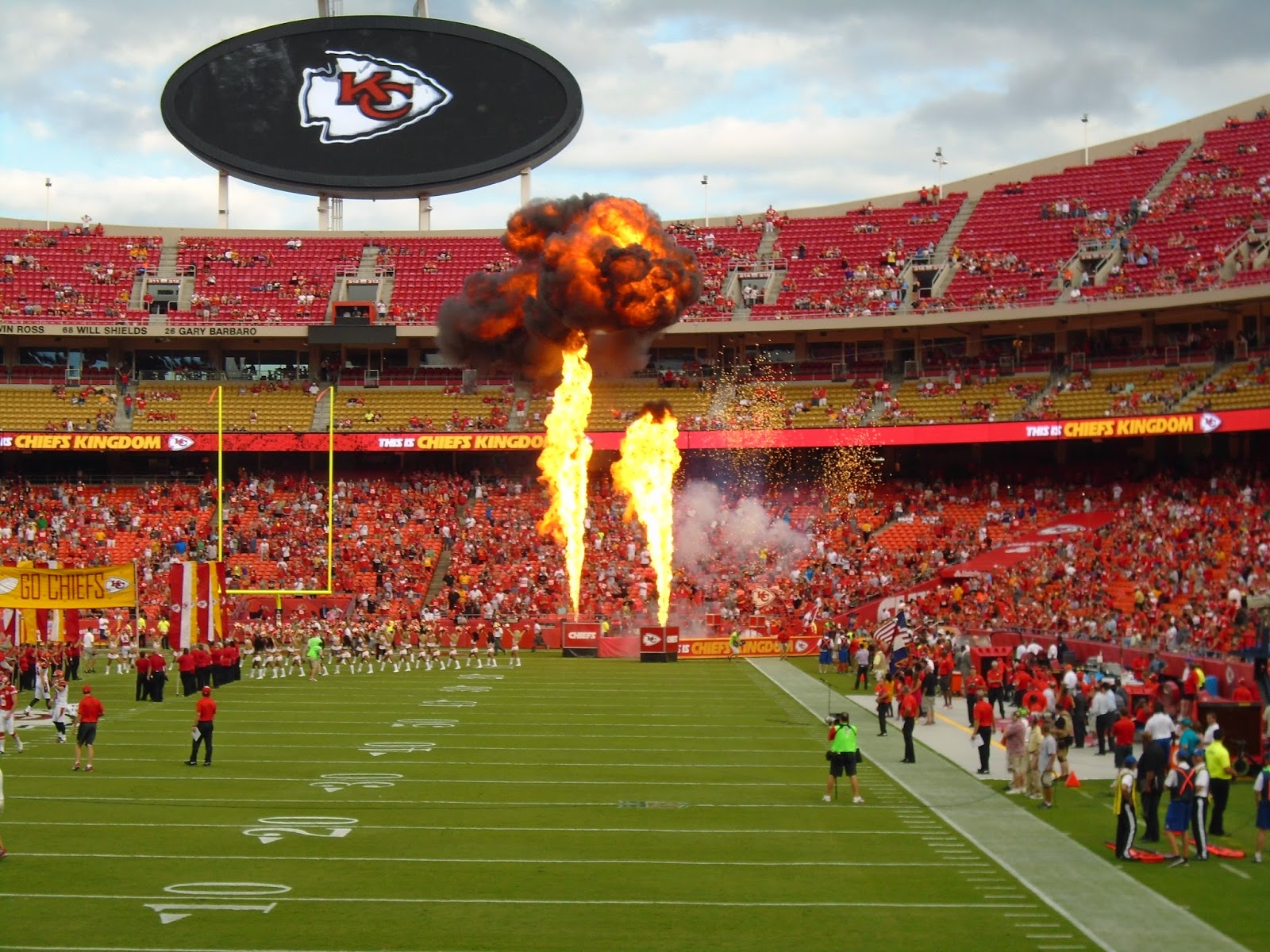 This is my favorite shot I took of the game.  Last year I was in the upper level, and the heat from that fire was astounding.  This year I still felt it, but it wasn't as bad.  This picture also made it into my calender.  The Chiefs ended up winning the game, and it gave me hope for a historic season.  While it didn't end that way, I was still happy.

In the Fall I was able to make it to two Mizzou games.  The first one was their first of the season.  I had fun that day, but on the day itself I wasn't feeling too well, as a result, I don't have a lot of memories of the game itself or many pictures to show.  I did mange to get a couple. 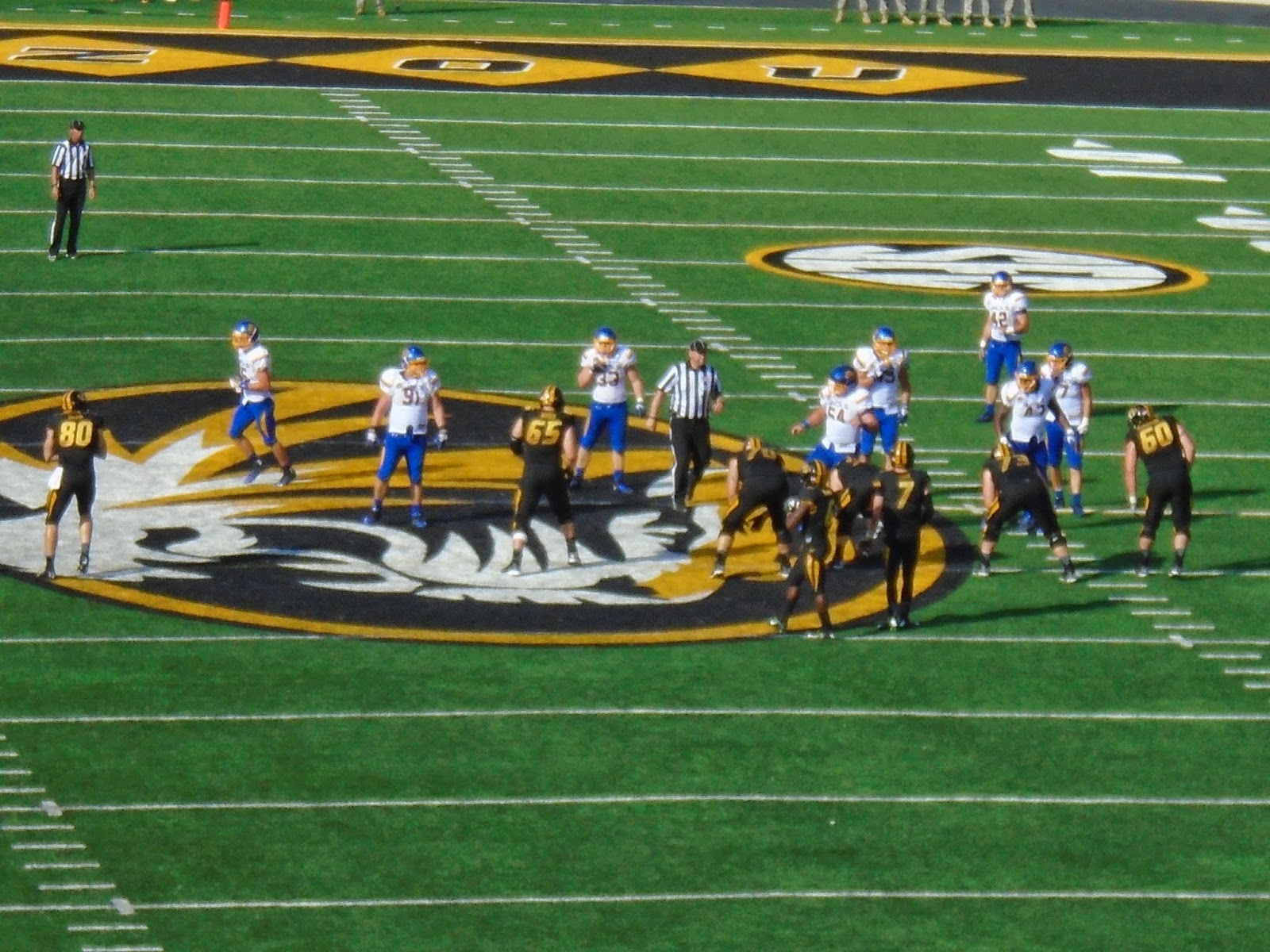 In the end, Mizzou won the game.  On the eve of their Bowl game against Minnesota, I'm glad to have seen them play twice.

Later in the season, I was able to attend another game, this time again SEC rival Kentucky.  I had a standing room only ticket, but got there early enough to be right on the wall so I really had one of the best seats in the house.  I had a lot of fun at this game, and looking back, I'm not sure if I would have wanted a seat for the game. 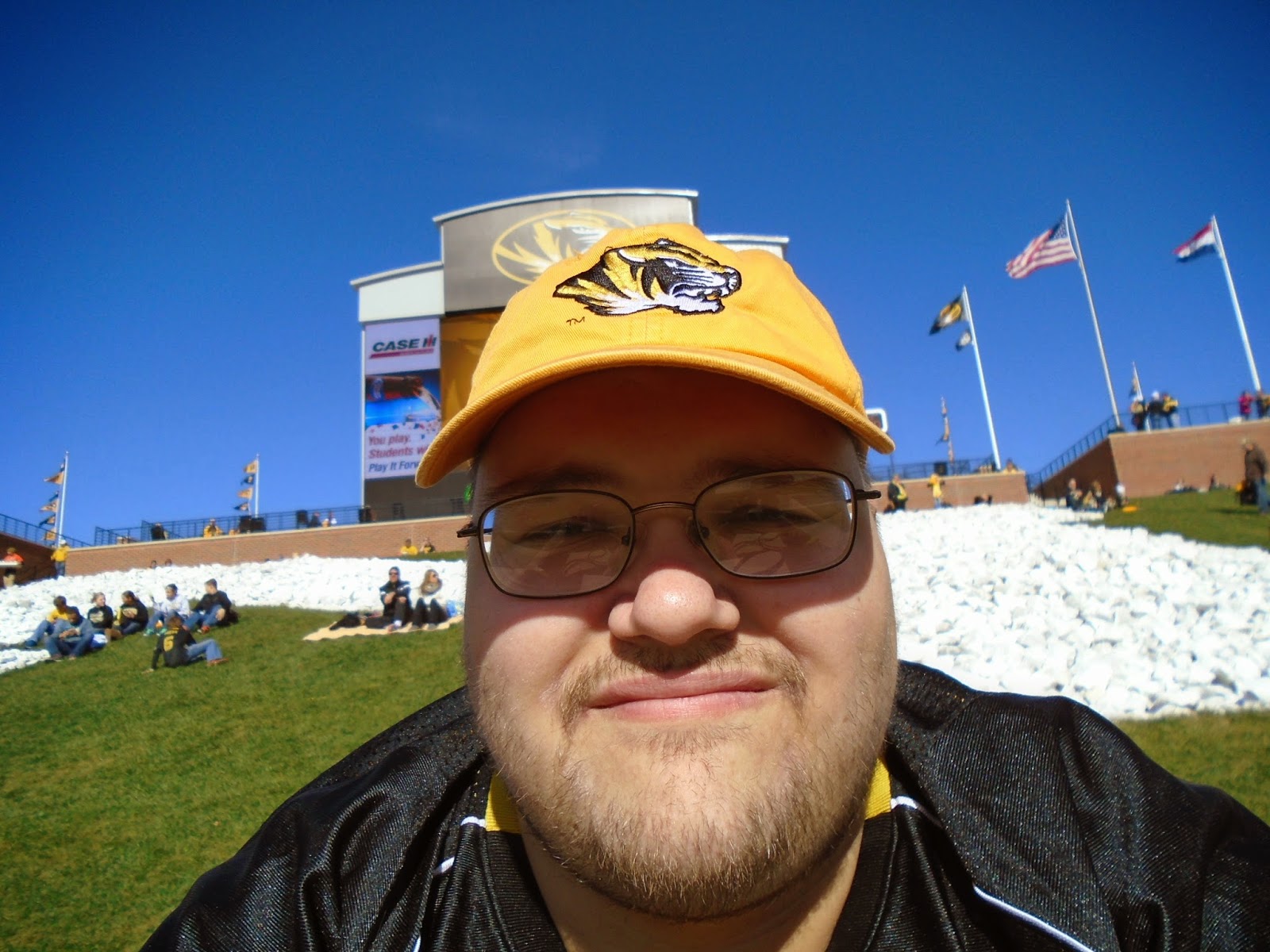 This was before the fame started.  I pondered sitting on the rocks, but I am glad I didn't.  The view wouldn't have been as good, and it would have hurt after sitting there for over 4 hours. 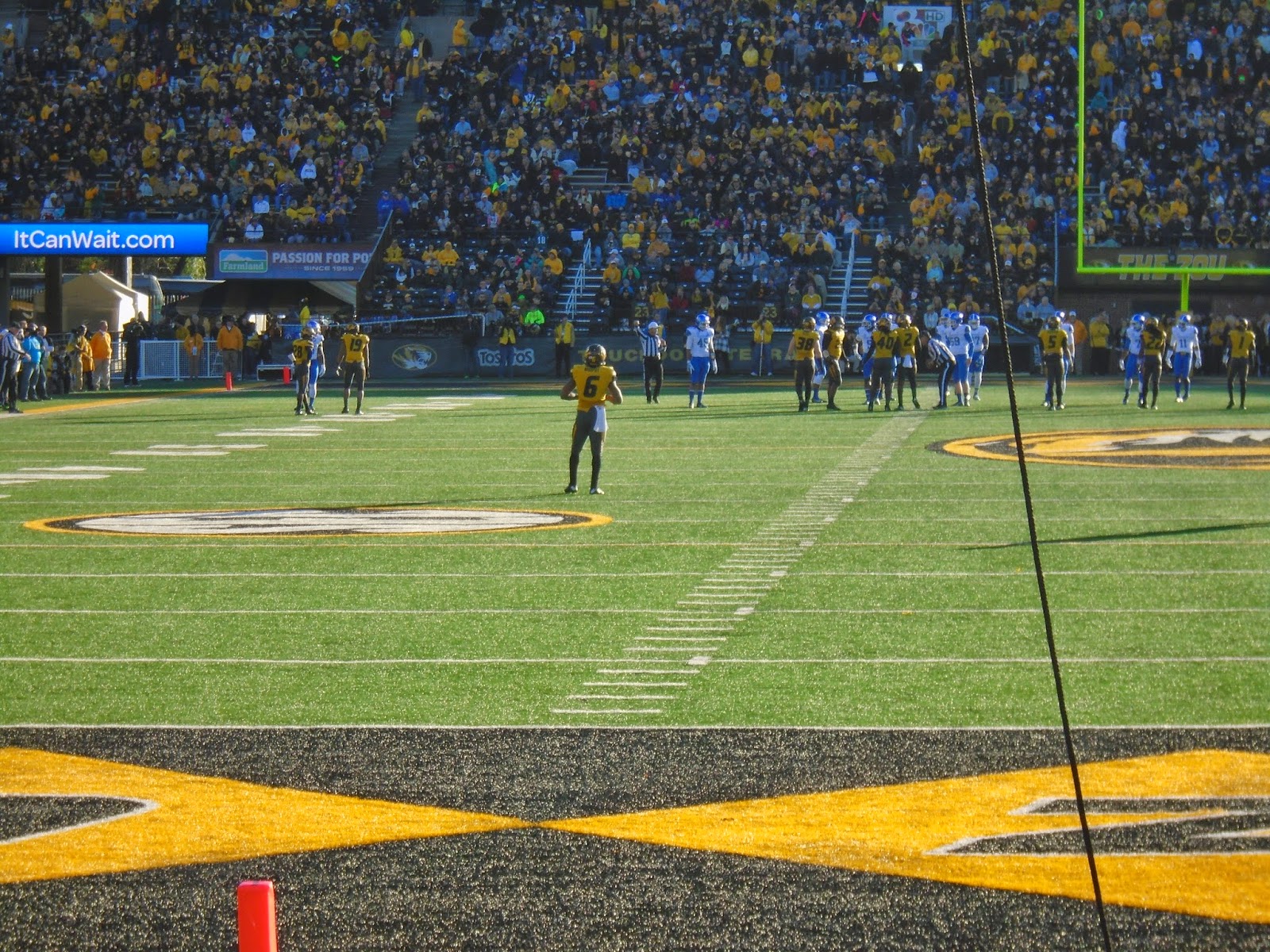 I got to see some up close scoring drives, and most importantly, I got to see Mizzou win.  I can't complain about that.

At the games I went to, I had my new camera.  So I spent part of both games testing it out some.  Here are a couple panorama's I took:

My view from the first game.  I was closer than this picture indicates.

This is an equal representation to how close to the field I was.

Before I go, I should point out, that while I never went to any of them, my year in review would not be complete without talking about the Royals playoff run.  I talked about it on my blog some as it happened, but while I don't have the best cable system, I was able to see every Royals playoff game.  If I had to pick my favorite game from the playoffs, I'm not sure I would pick the Wild Card win like most Royals fans.  For some reason, I seemed to like the most of the ALDS games more.  It seemed to solidify the Royals spot in the playoffs and showed they deserved to be there.  Game 6 of the World Series was also good because unlike most of the rest of the playoffs, they controlled it from start to finish.

It wasn't a superstition, but here is a photo of how I prepared for most of the playoff games. 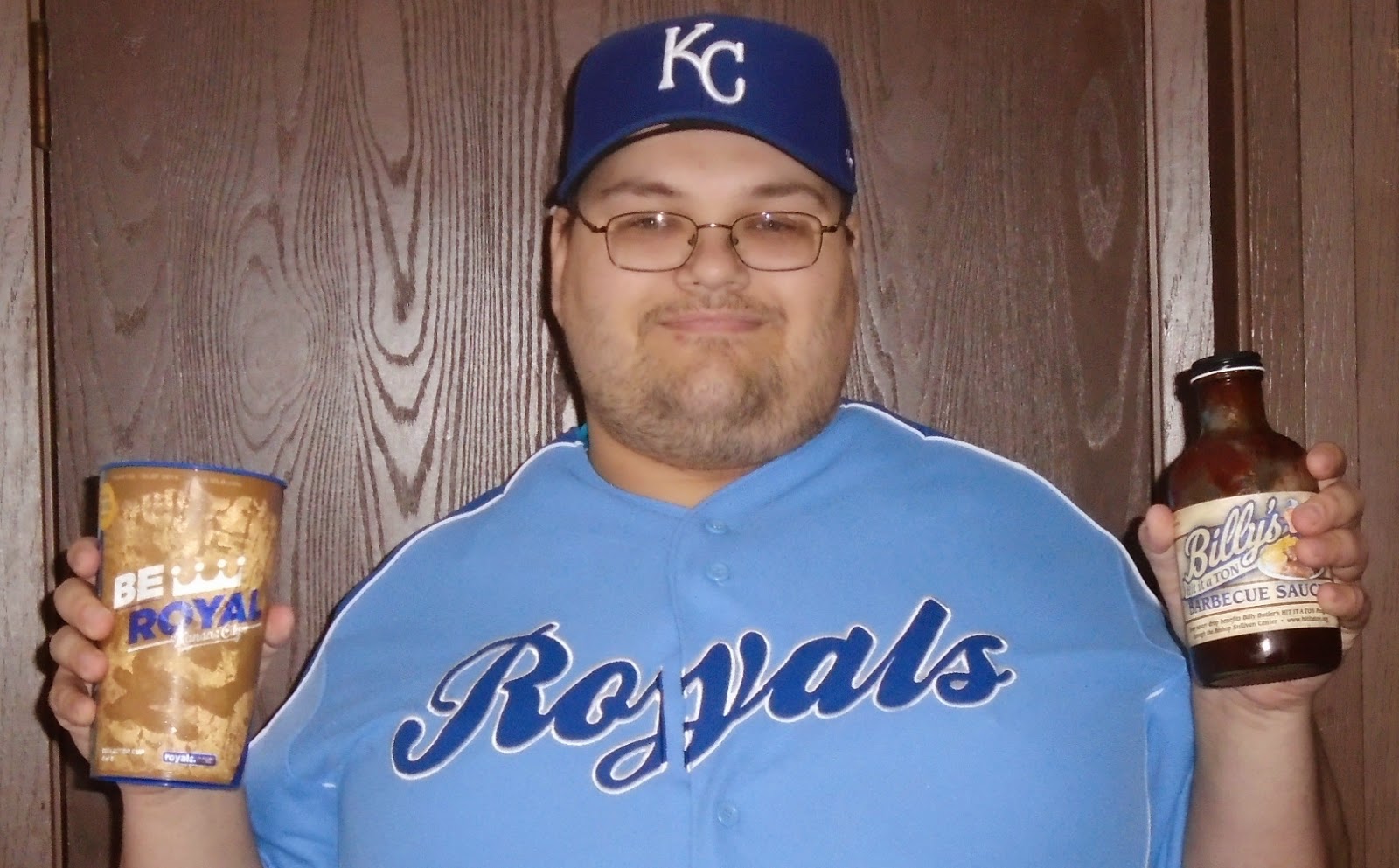 I usually didn't wear the jersey, and the hat is usually kept in a safe place free of dust (I bought it shortly after I went to the July game).  However, the cup I used every game.  It was the one I bought and used at the Stadium (which still has the refill sticker on it, which they never peeled off when I got the free refill).  I also used Billy Butler's Hit It A Ton BBQ Sauce most night with my dinner.  I didn't find the sauce until August, but used it almost all the time during the playoff run.  Since then I don't use it much, but might need to buy one last bottle before I get used to him being an Oakland A.

That wraps up my year in review, and while I didn't mention it, another big part of the year was my blog.  I have met many new people and learned to love my collection even more than I though possible.  Thank you so much for reading and have a great new year!