"There isn't any George Bretts"

I have been holding off on this post since, well, Christmas Eve.  The reason is because it has changed a few things about my collection.  More on that in a minute.

My best friend stopped by and brought two presents for me.  One was the Media Guide I showed a few days ago.  The other was a big box. 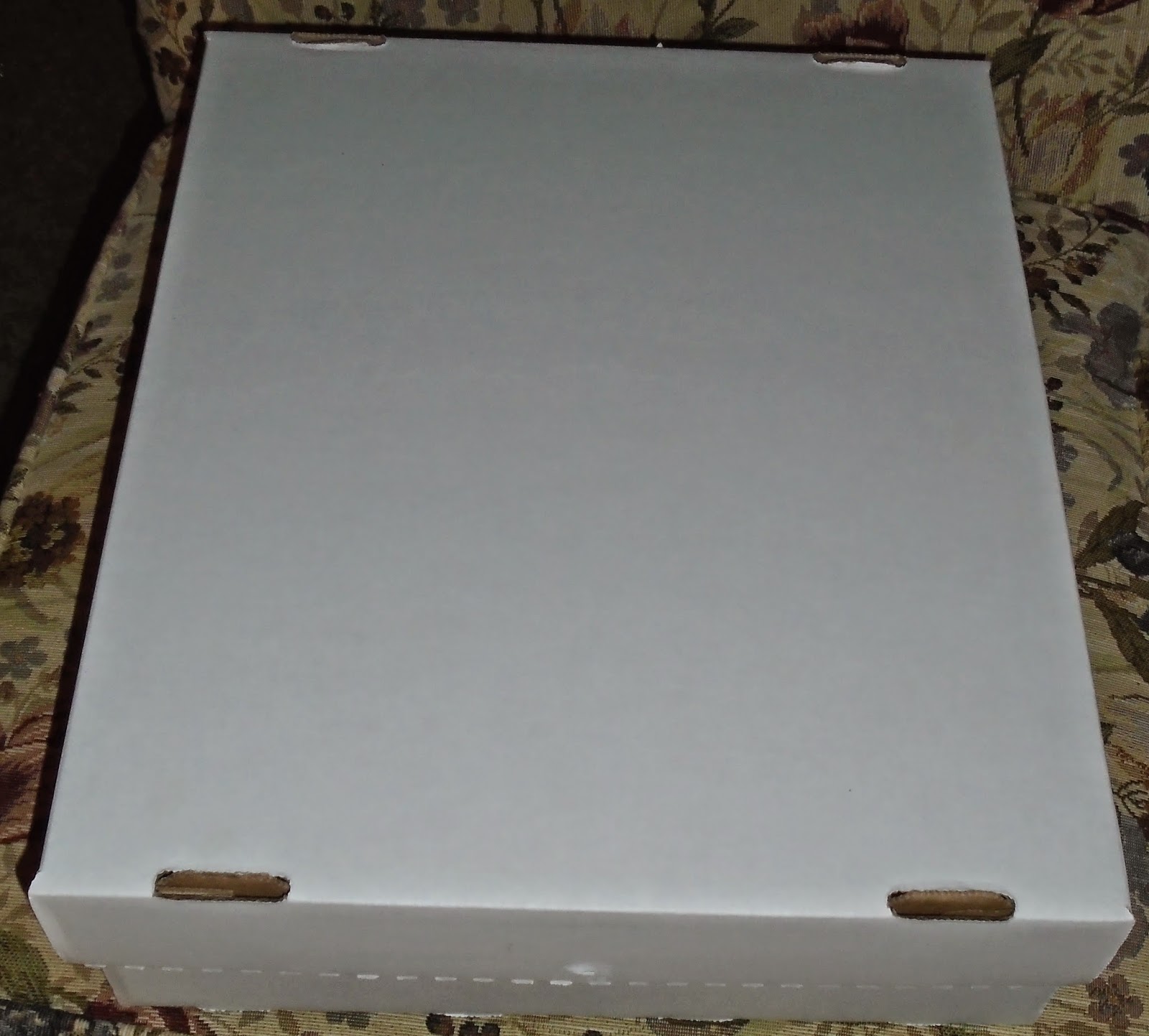 Now some of you have seen a box like this, and to be honest, so have I.  However my friend finds all kinds of gifts and is an excellent wrapper (gift wrapper that is, I haven't heard his spittin' skills on the mic, but I would love to see that).  So when I saw this box, I knew it could be anything. 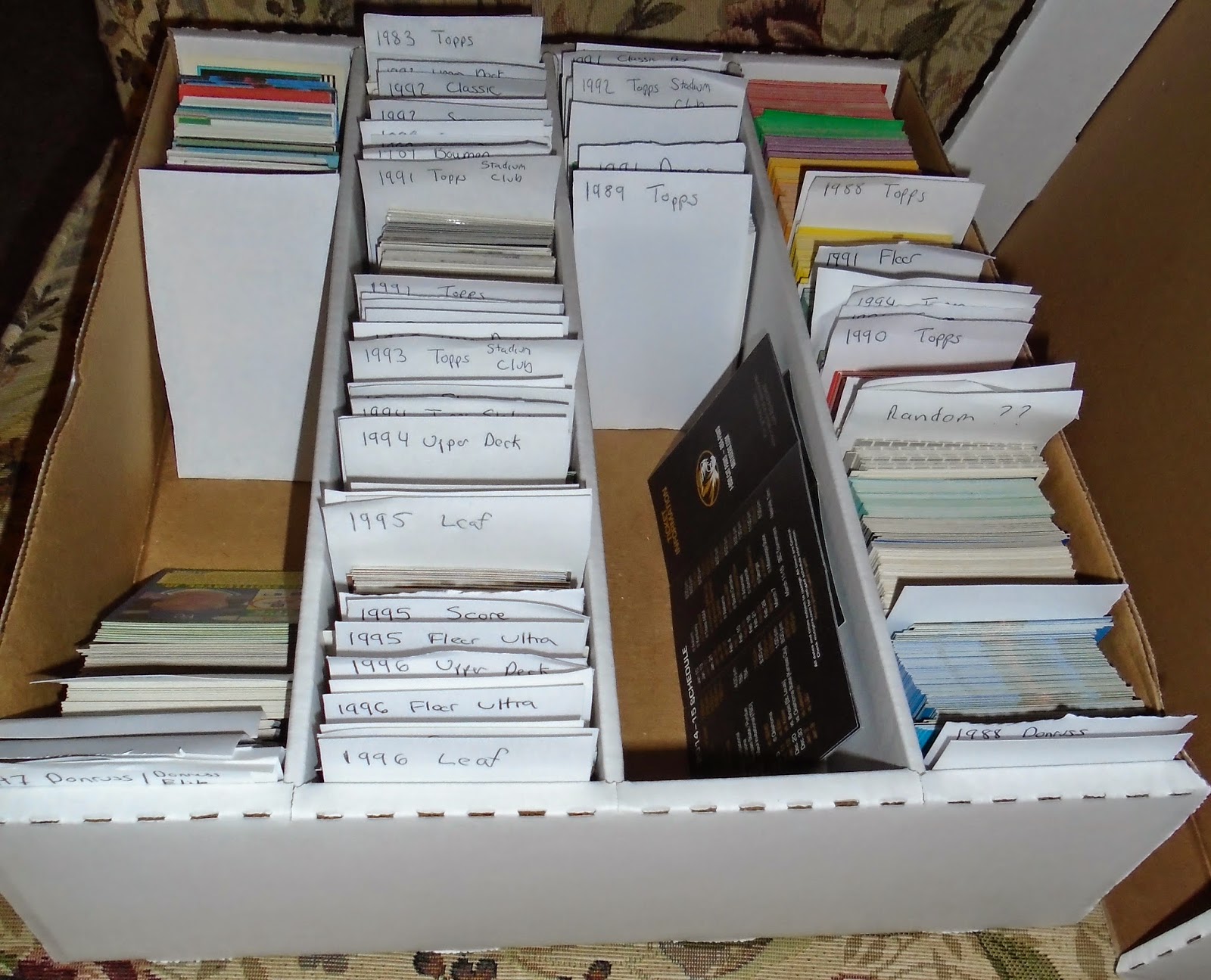 I wasn't expecting this!  By my estimation, there is probably at least 1600 cards in this box.  ALL ROYALS!  He told me after I opened it "now, there isn't an George Bretts in there..." I honestly don't know what he said after that, but I replied, "that's fine by me," and I forgot what I said next, something to the effect of HOLY COW!

He told me there were a lot of doubles in there, but still a lot of them had a good amount of cards in each set. 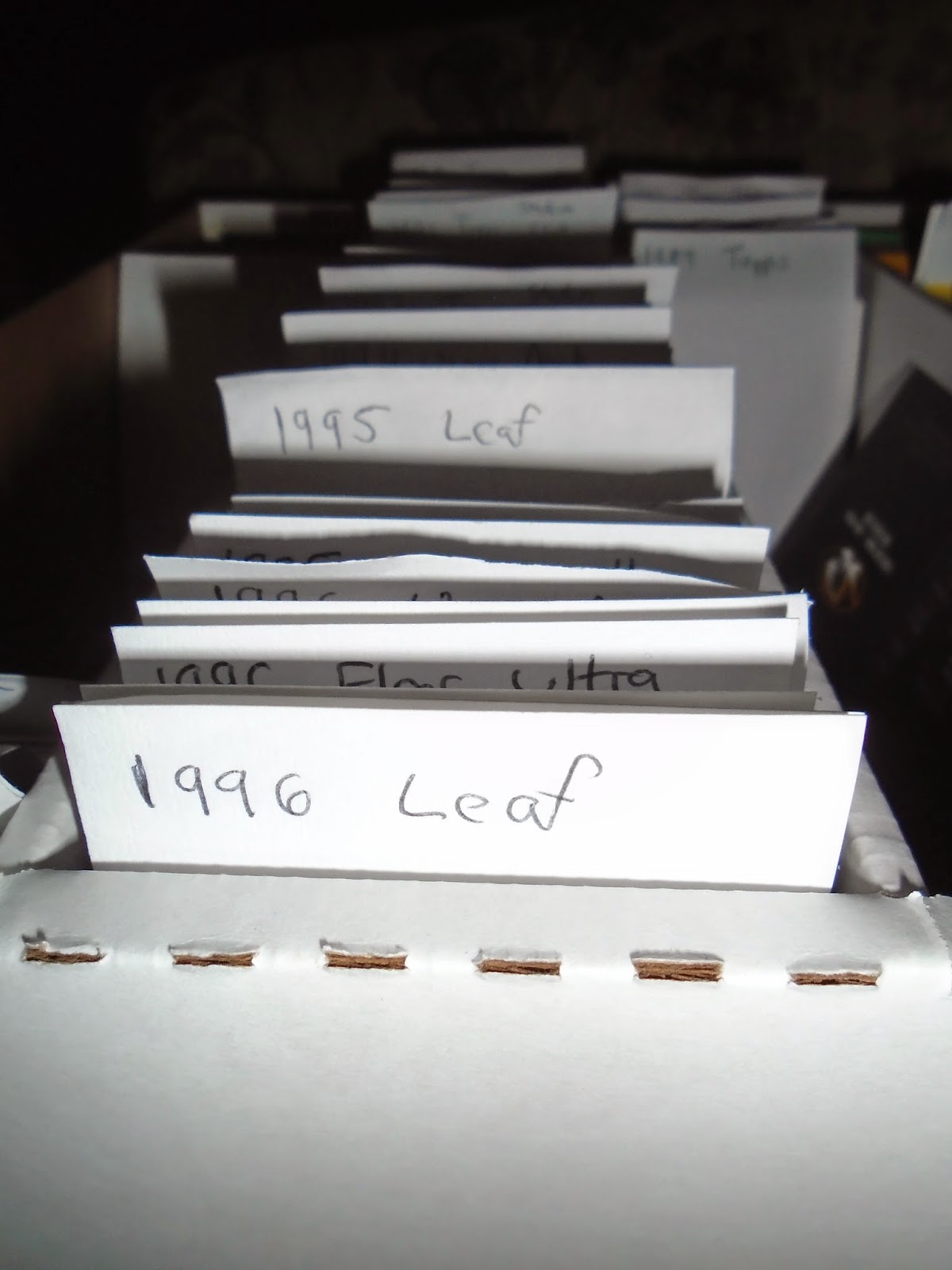 Now at this point I was speechless, though I did offer him a hug, which I am not a guy that gives out hugs too freely.  He declined it, but he knew I was excited.  He also told me that he had started to sort these cards himself.  HE TOOK THE TIME TO SORT THEM! He even seperated them for me!

Then he went a step further. 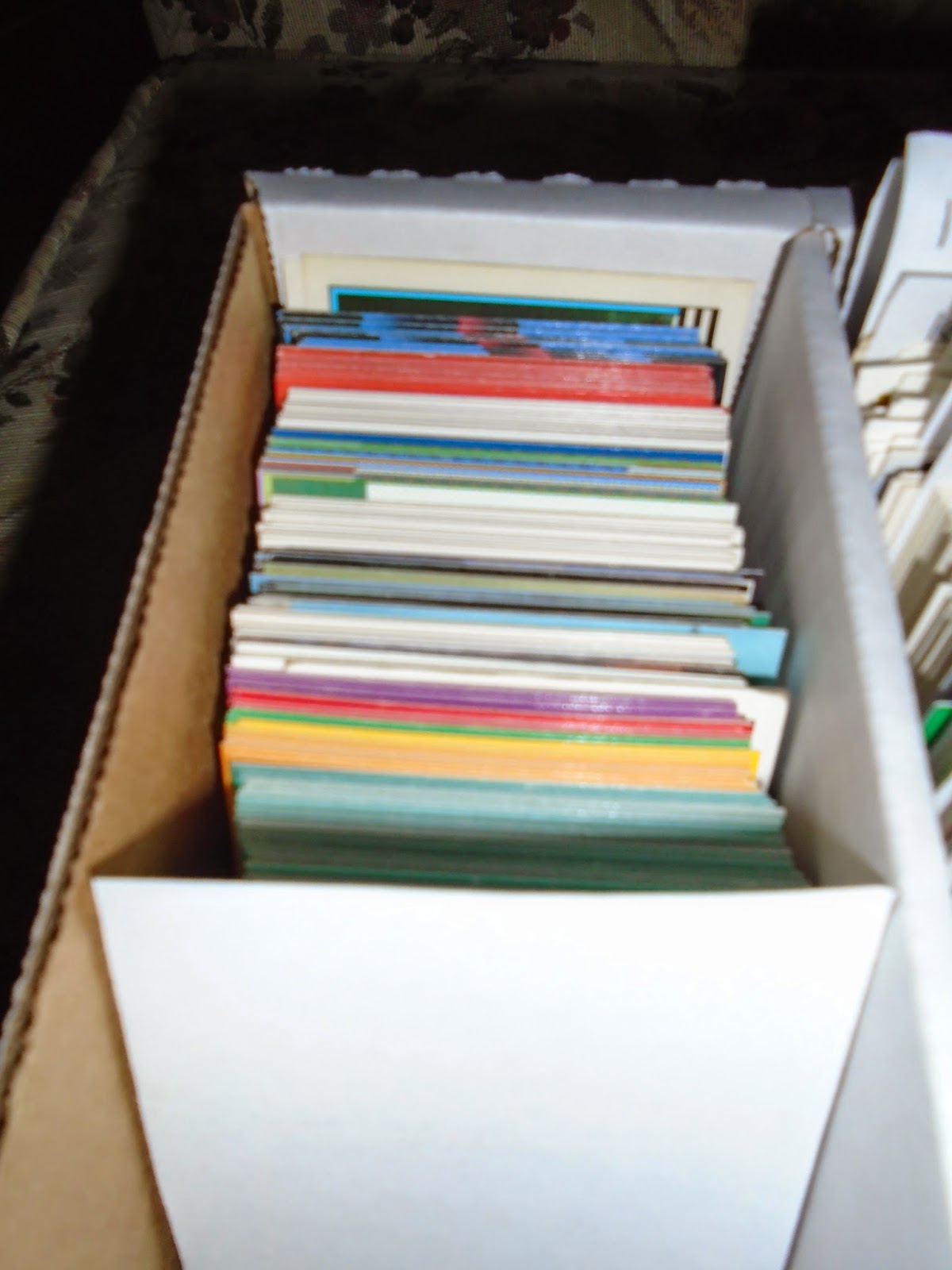 These cards here, which he actually had in a ziploc inside the box, was cards he set aside because he knew I needed them.  AS HE WAS SEPERATING THEM, HE WAS CHECKING SOME OFF MY WANT LIST!

I still can't thank him enough.  After he left and well into Christmas morning I was going through some of the cards.  Even as of today, I am still going through them.

A couple days later I was going through them, and I ran out of sheets to put them into my binder.  As a result, I decided from this point on, I will be putting all my Royals cards in this box instead.  I still prefer the binder, but it is easier this way, and I don't need to buy more pages and binders.

After I decided to switch to the box, I started to add my collection I already had into the box.  As a result it has slowed me down some, but it is starting to go smoother.  Also taking time is going through all my haves and wants and checking cards off on the Trading Card Database.  It's time consuming, but it will make it so much easier in the future.

You may have noticed I have been modifing my lists recently, and this is the reason.  While it has no George Brett's it still has a lot of great cards.  Among them are a couple Johnny Damon and Carlos Beltran cards I didn't have, as well as some oddball (Broder and otherwise) Bo Jackson cards.  The years range from a few in 1981 to as late as 1998.  Most are of course the late 80's to early 90's, but it should give me a few complete sets.  I already have completed 5-6 sets.  Some are only missing a Brett card or a random Jeff Montgomery card.  Once I have them all sorted, I should be able to get a lot of those sets done thanks to Just Commons.

Since he gave me these cards, I haven't been real aggressive trying to win cards on Listia, though I did mange to buy a few cards on COMC, and thanks to their Boxing Day promotion, I got about 50 cards shipped for free (I had about 35 or so in November waiting for Black Friday before I lost the internet).  I will talk about them later.

Before I wrap things up today, I mentioned my friend might start a blog.  We talked some more, and he is starting to get interested in doing one.  I will link you to it and shamelessly promote it once it starts up.  I was wondering if any one of you guys know any bloggers that talk more about memorabilia than cards?  He has a vast collection of Mizzou stuff and I thought it might make it easier for him to transition into blogging with some references.  I did show some of your blogs to help him.  Also, does anyone know of any bloggers who talke primarily about Missouri or college sports in general.  I had some trouble finding any.

Thank you for reading and I hope your 2015 has started off great.