I don't know what to say 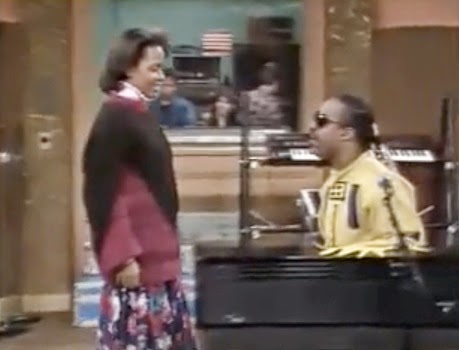 "I don't know what to say".  Oh that Vanessa.  I couldn't think of a suitable title and didn't know what to post.  I decided on some random stuff.  Until I hook my scanner up and my laptop is fixed things will be hectic, sorry. 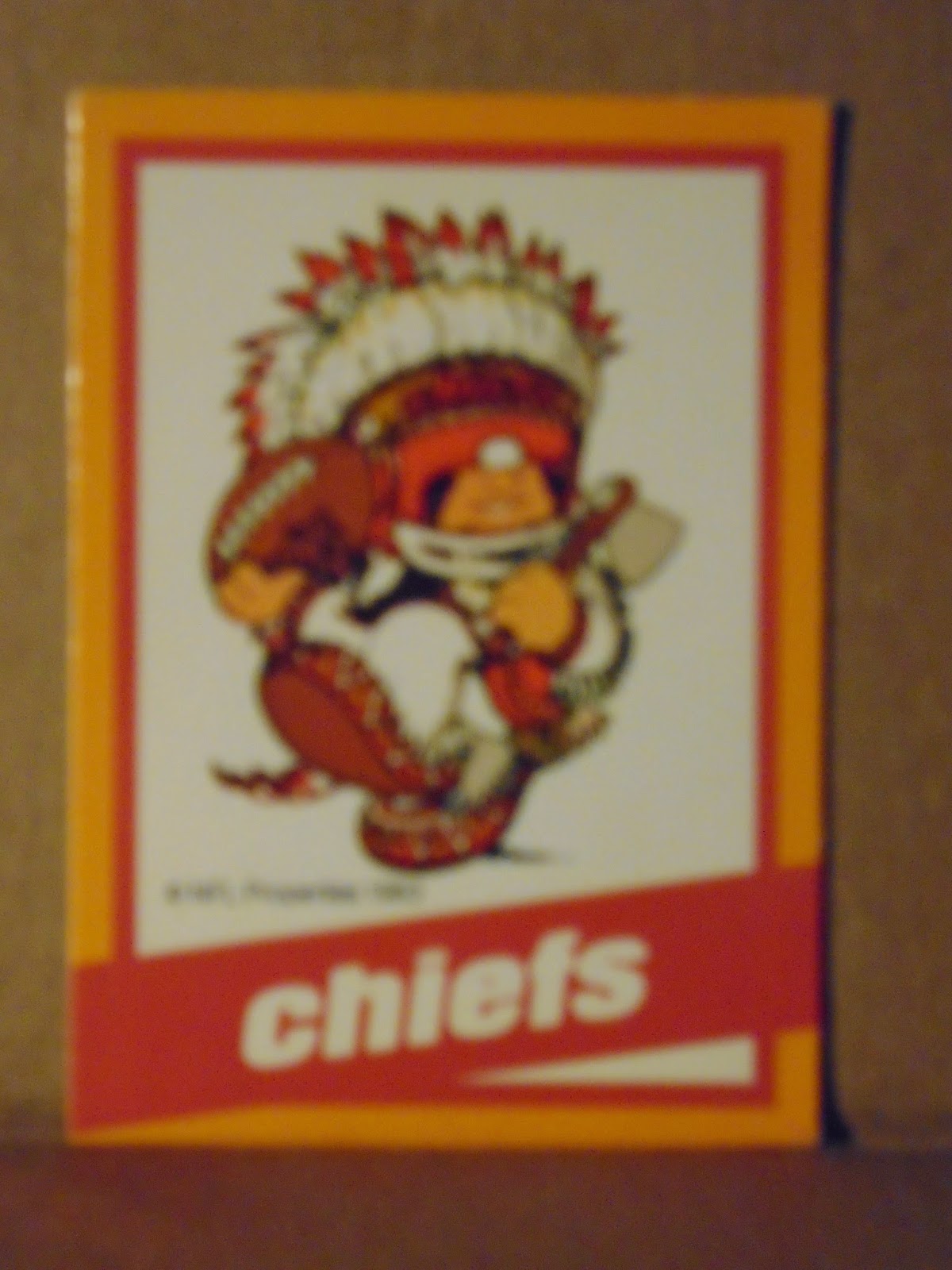 One of the cheapest I've got lately, and one of my favorites.  It is from 1983 and the company also made dolls that looked like this too.  It was listed as possibly offensive, which might have drove some people away, which I'm fine with.  I didn't want to go much higher. 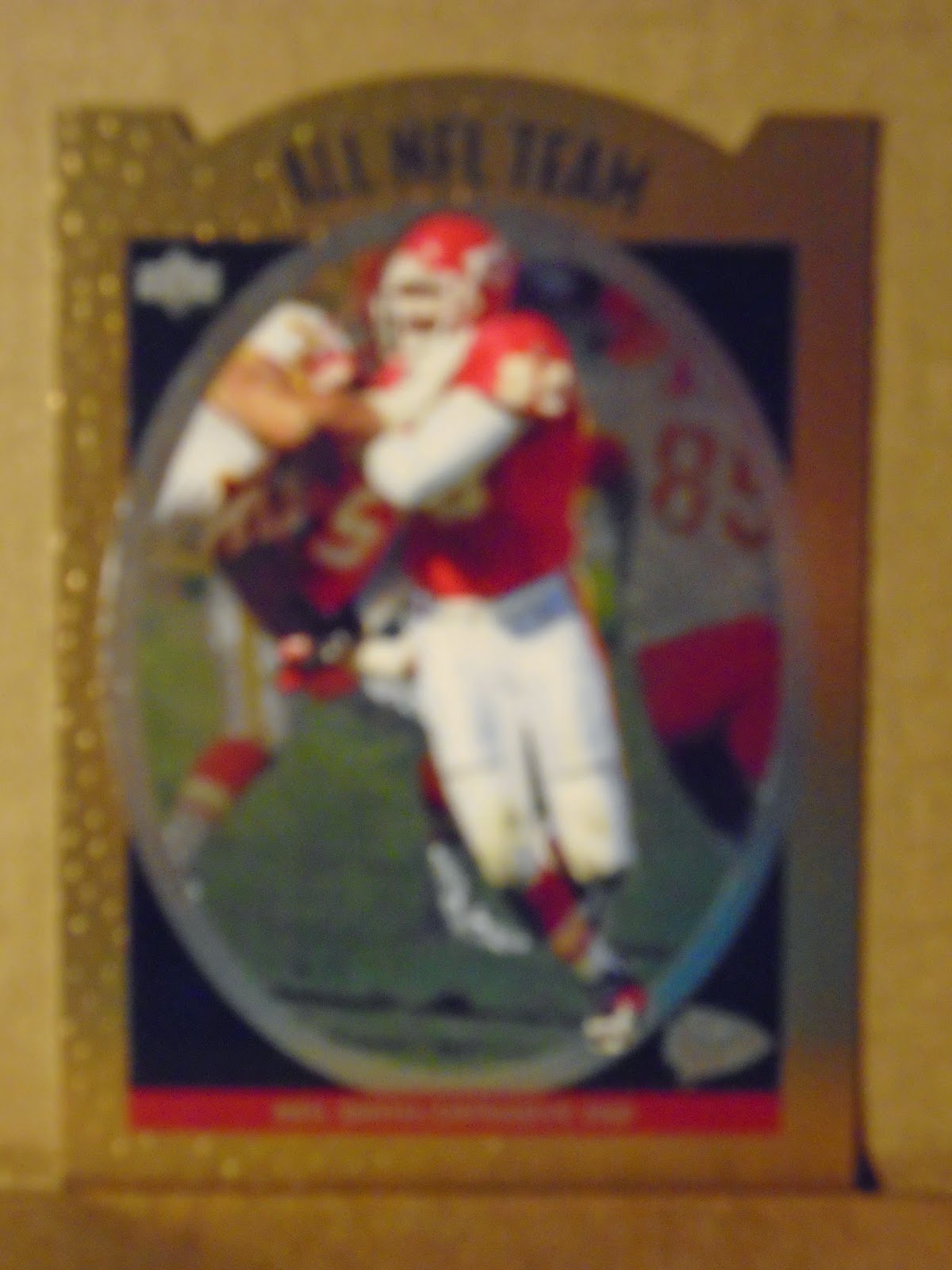 I've had this Neil Smith card for a while, I forgot how I got it.  Might have been off a lot on ebay.  I hated him for a long time after he went to the Broncos to win a Super Bowl, but I have forgiven him.  He was the owner of a Arena Football team in KC for a while, but not sure what he's up to now. 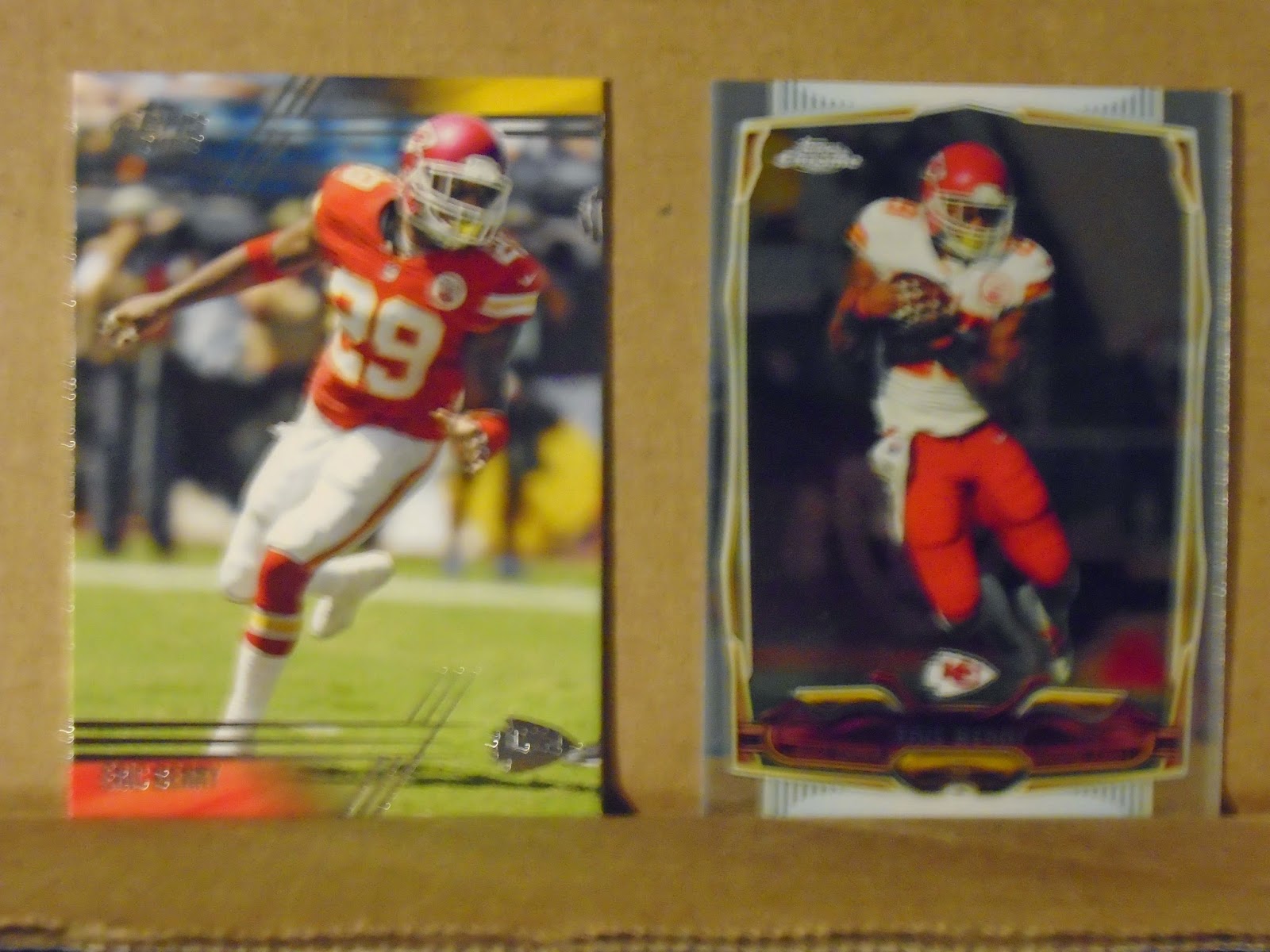 Two more Eric Berry cards.  I can't remember if I posted one of them before but both are pretty new.  I have been bidding on them if they are cheap enough and want to build up my Berry cards when I can.  I haven't hear an update recently, but I hope he is doing better. 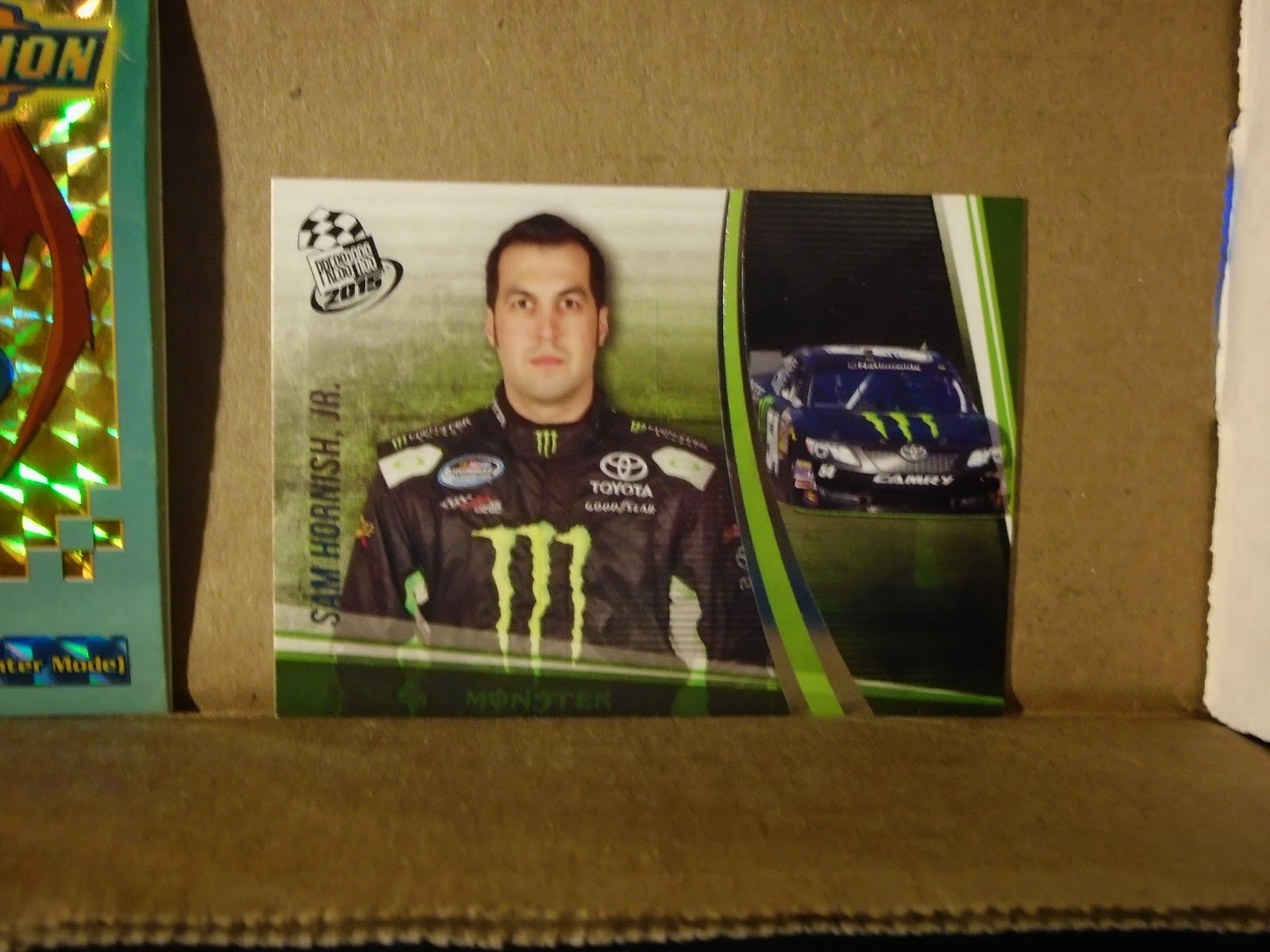 I mentioned Michael Annett as my favorite driver recently.  Another one I like is Sam Hornish Jr.  I still don't understand why he didn't have a full ride in the Nationwide Series last year.  On that note, its 35 days until Daytona.  I am getting excited. 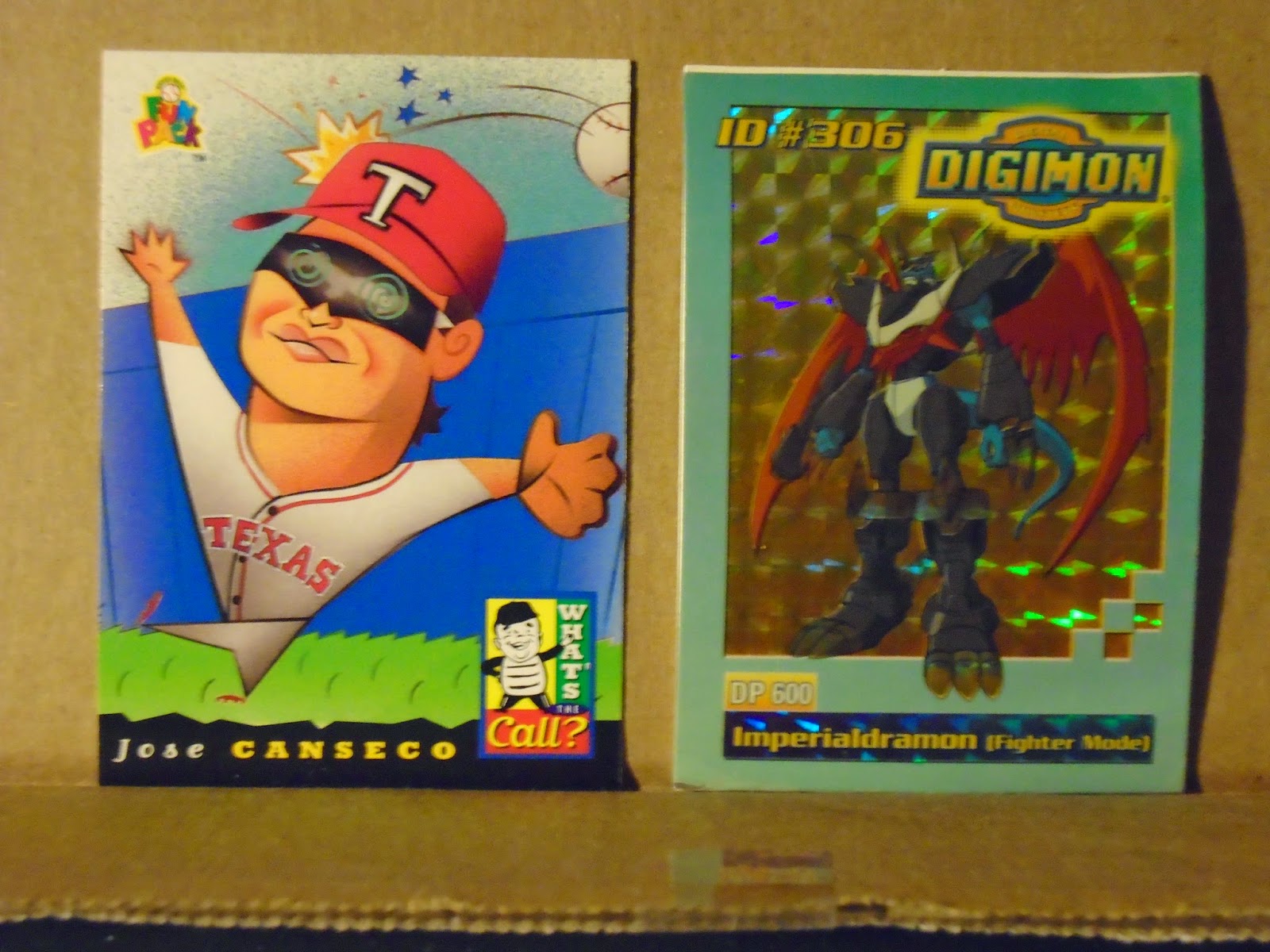 Finally I'll show off these two.  I got the Canseco card for 56 credits.  I honestly didn't want it and figured I'd get outbid.  After having it in hand, I might keep it.  I did see him play in a game once so there's that.  I'm not a huge fan of his, but this card makes me laugh.  If I get rid of it, I'll give it to my friend.

The other card was thrown in as a bonus.  I think it was a sticker of Digimon.  I know nothing about Digimon, but the sticker was peeled off the card, not sure how, but there was no sticky left to it.  I might give that to my friend too.  If not, it might go in a random package one day.

That's it for tonight.  I hope things will get less hectic soon, and I can start scanning stuff again soon.  Until then, crappy pictures will have to do.