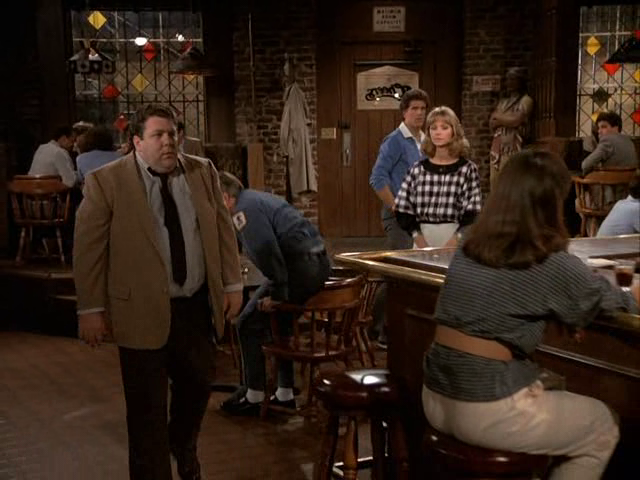 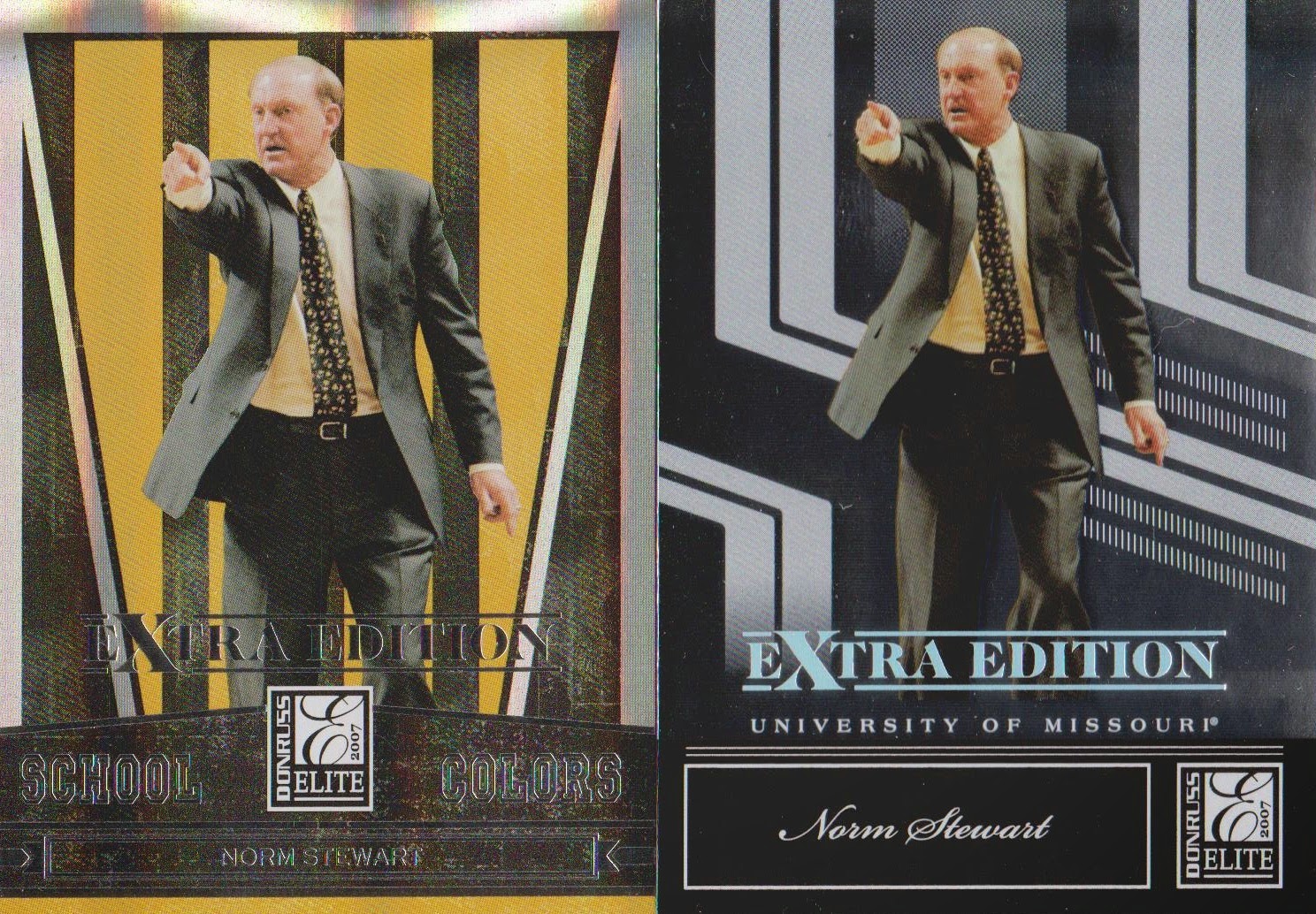 Happy Birthday to Coach Norm Stewart.  He turns the Big Eight-0.  He is still the best coach Mizzou has ever had, and has produced many great players.  Some have even became coaches. 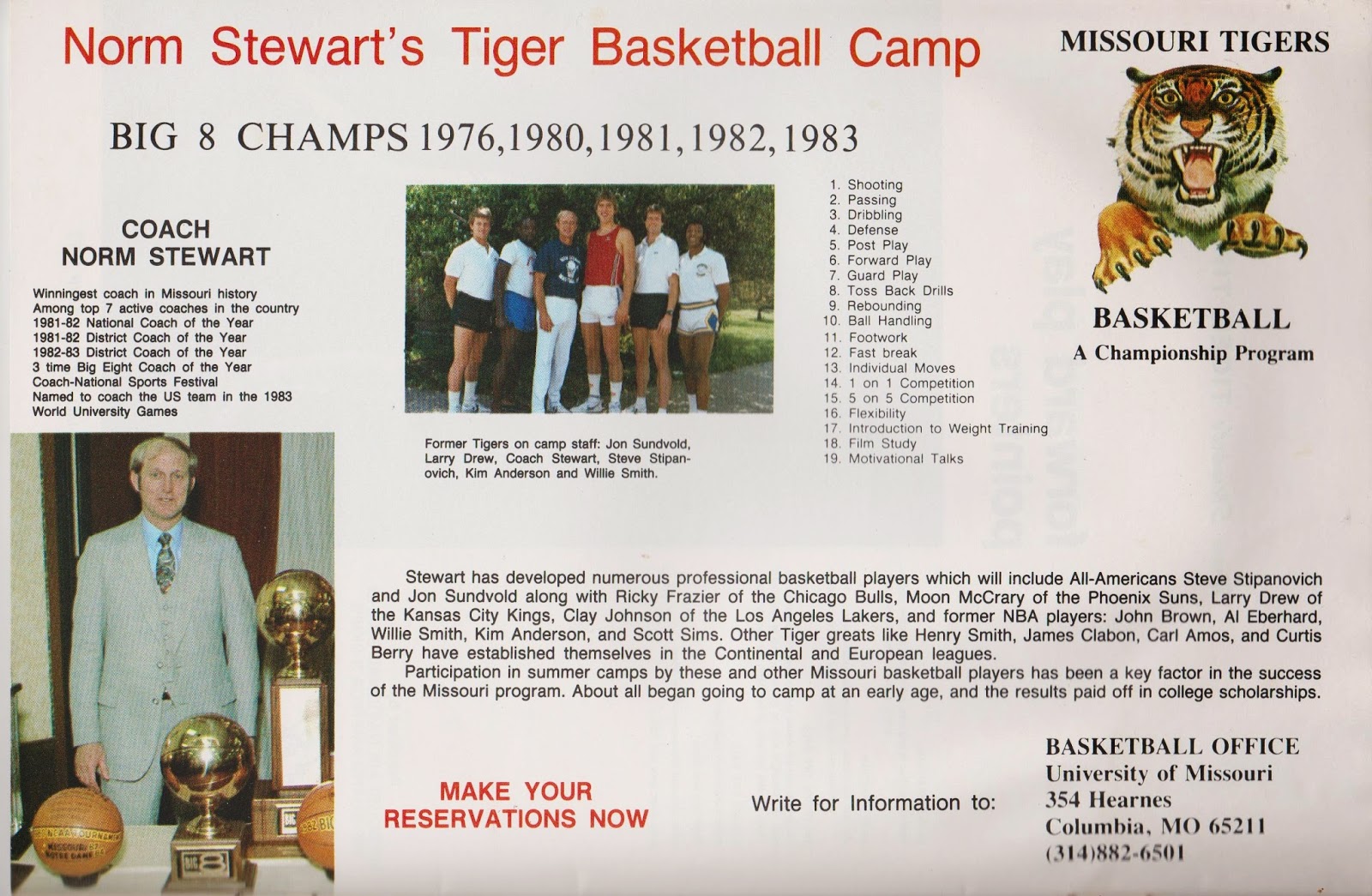 Kim Anderson is the new Mizzou coach, and has had success elsewhere, but is struggling this year.  Larry Drew became an NBA coach after playing in the NBA.  Jon Sundvold is an announcer with the SEC Network.  This is from a book I have on Basketball tips. 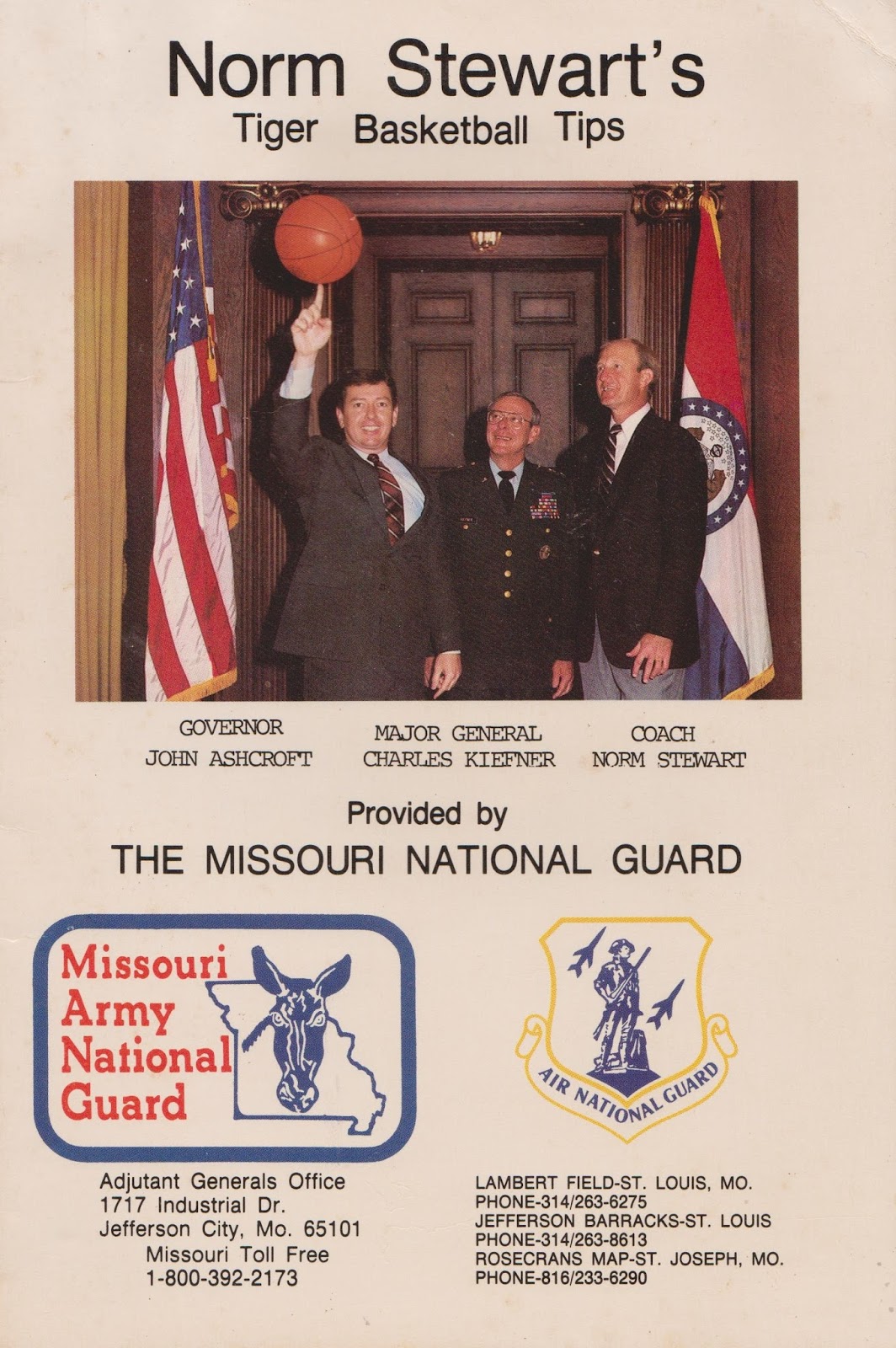 This is from 1984 I believe.  It is usually in my Mizzou binder, but it fell out, so I have it in a drawer now with other stuff. 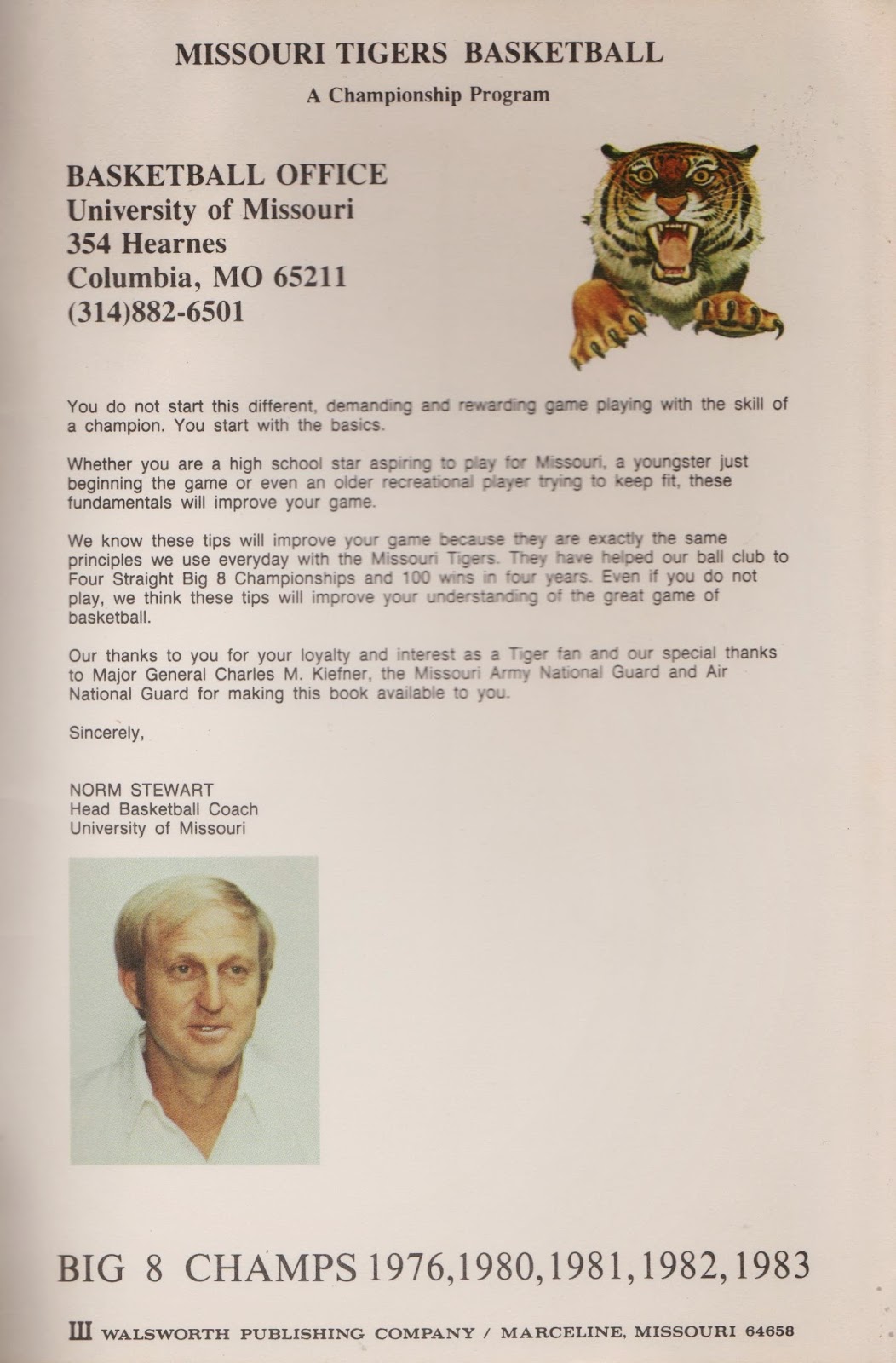 I love the Tiger Letterhead.  Some of these people playing basketball today should use a book like this for advice. 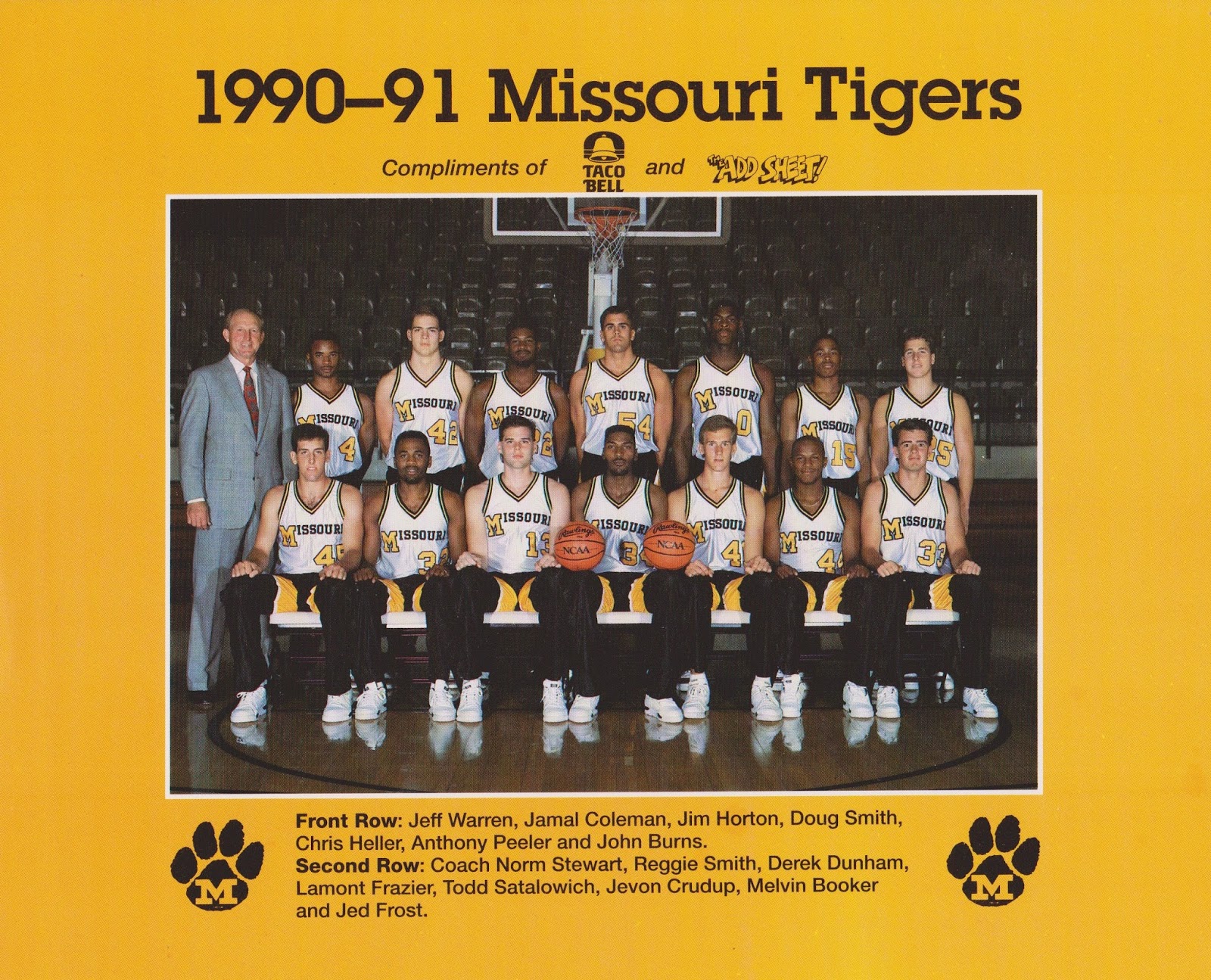 Another good team I liked.  One of Norm's final teams he coached, and one of the final teams Kim Anderson was an assistant for before going to Warrensburg to coach Central Missouri. 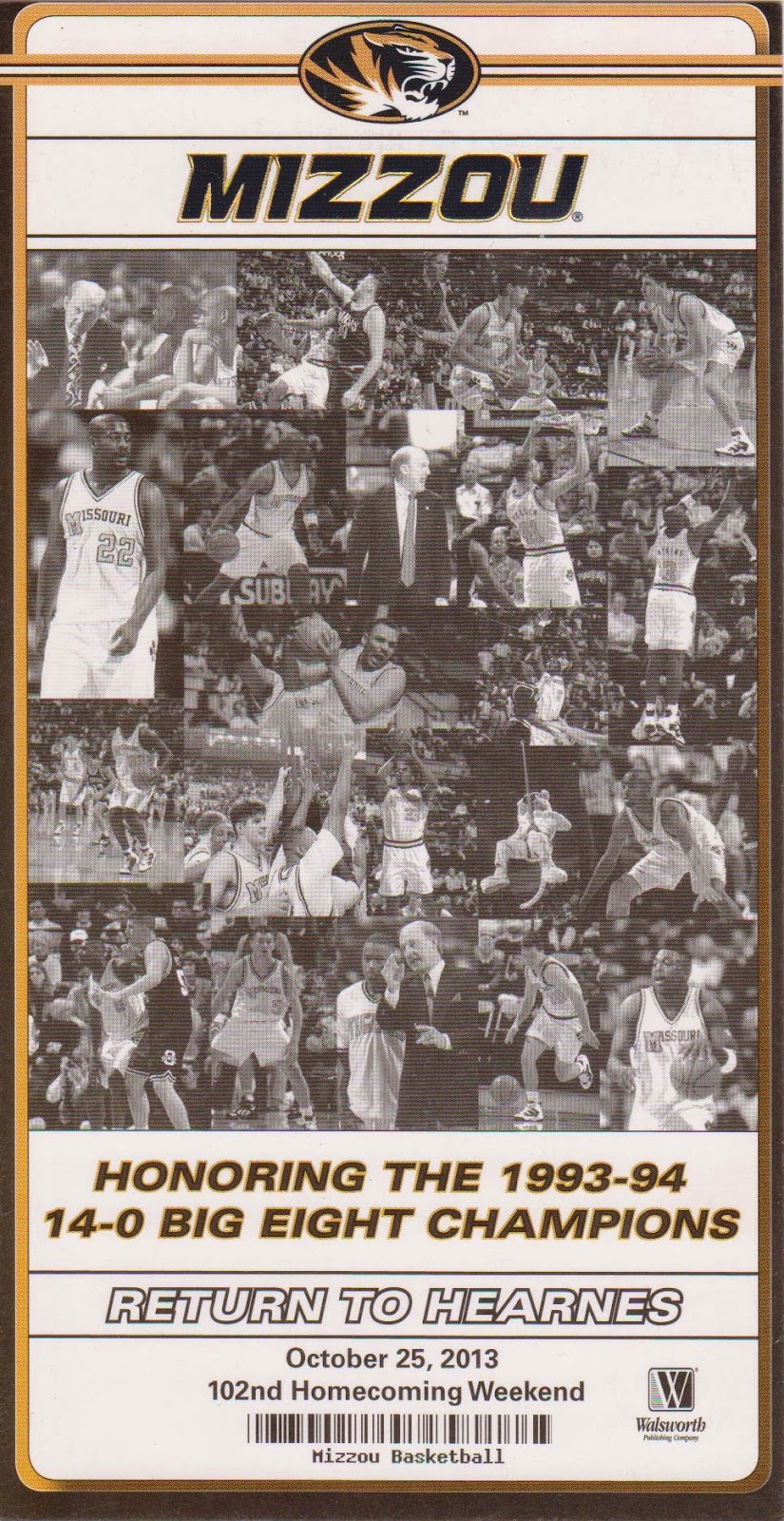 I got Stormin' Normans autograph.  One of my personal favorites.

Before I go, I just found a photo I wanted to share from the 1997-98 Missouri Tigers media guide. 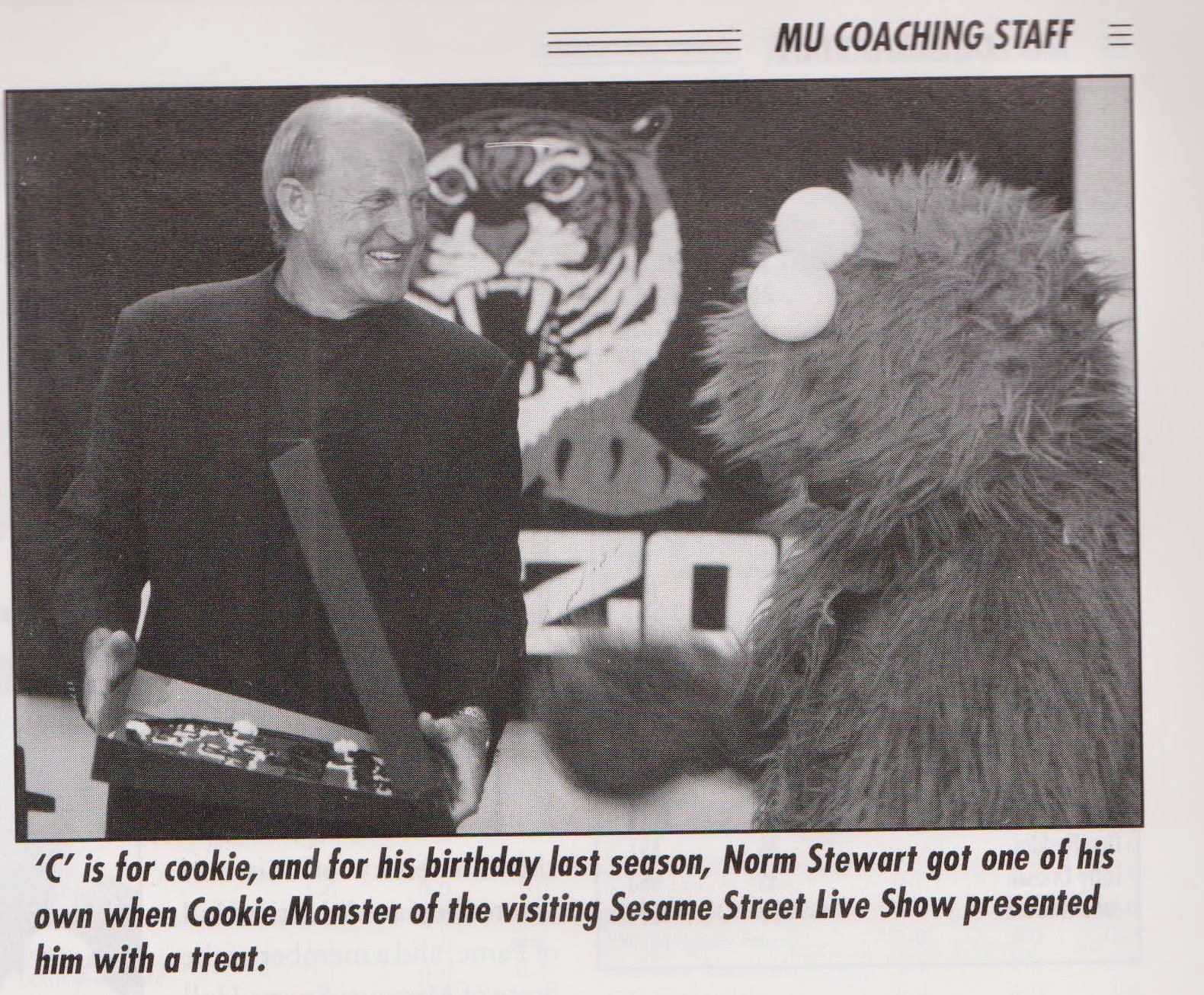 That's good enough for me.  Thanks for reading, and have a great night.  Sorry if I infringed on Talkin' Truman's blog.  He mostly sticks to football though, so I don't think he'll mind too much.