You ever have one of those days?

I had one of them today. 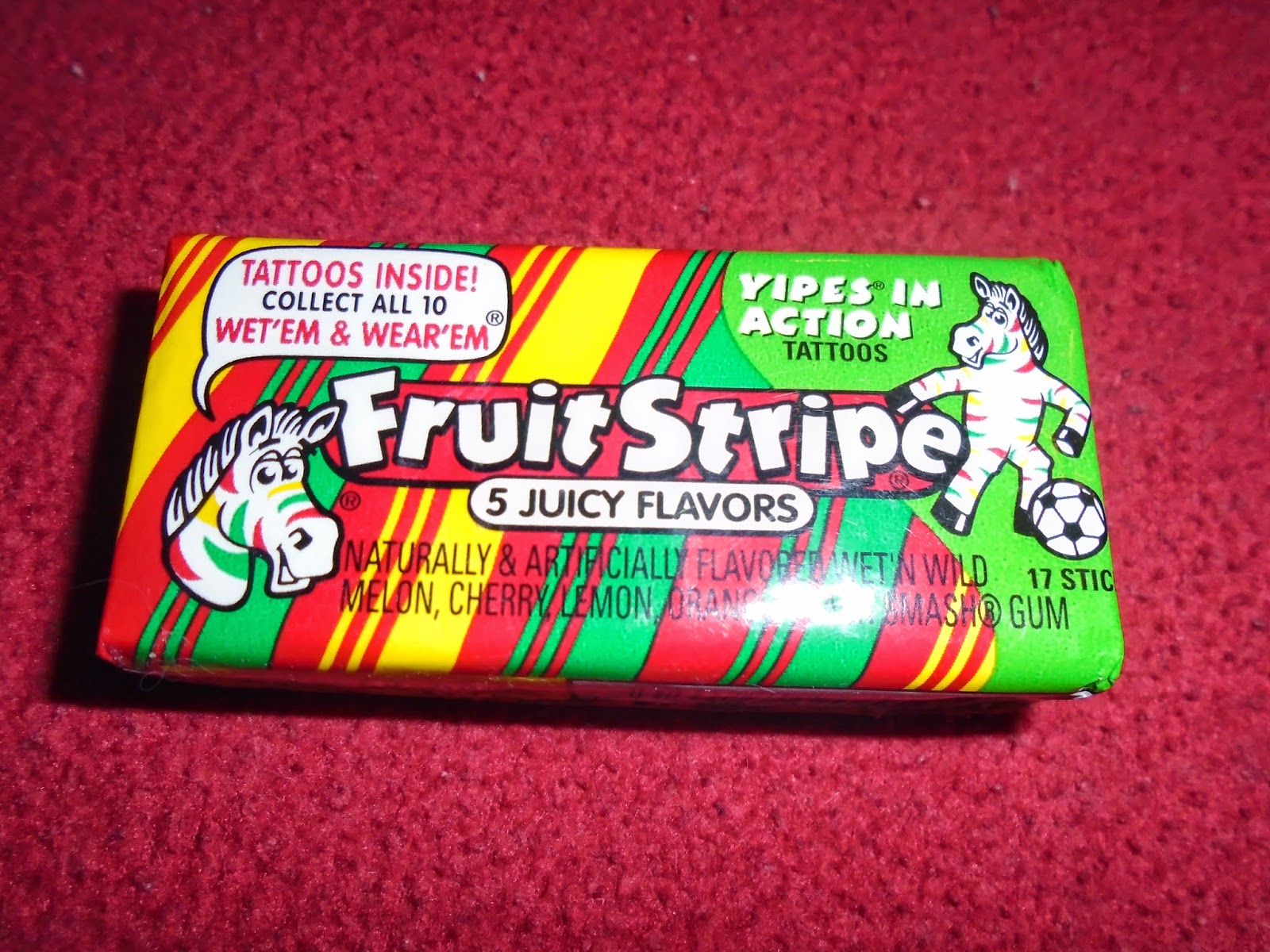 I began the day with some Fruit Stripe gum.  Yes, they still make it, I found it at the Dollar Tree of all places.  Despite hardly ever chewing gum, I took it with me today, which I still never used.

I went to Jefferson City, the capital of Missouri today.  It was the first time in nearly 15 years, and had a blast.  I went with my best friend and his mom (and his son too, which you might see in pictures later). 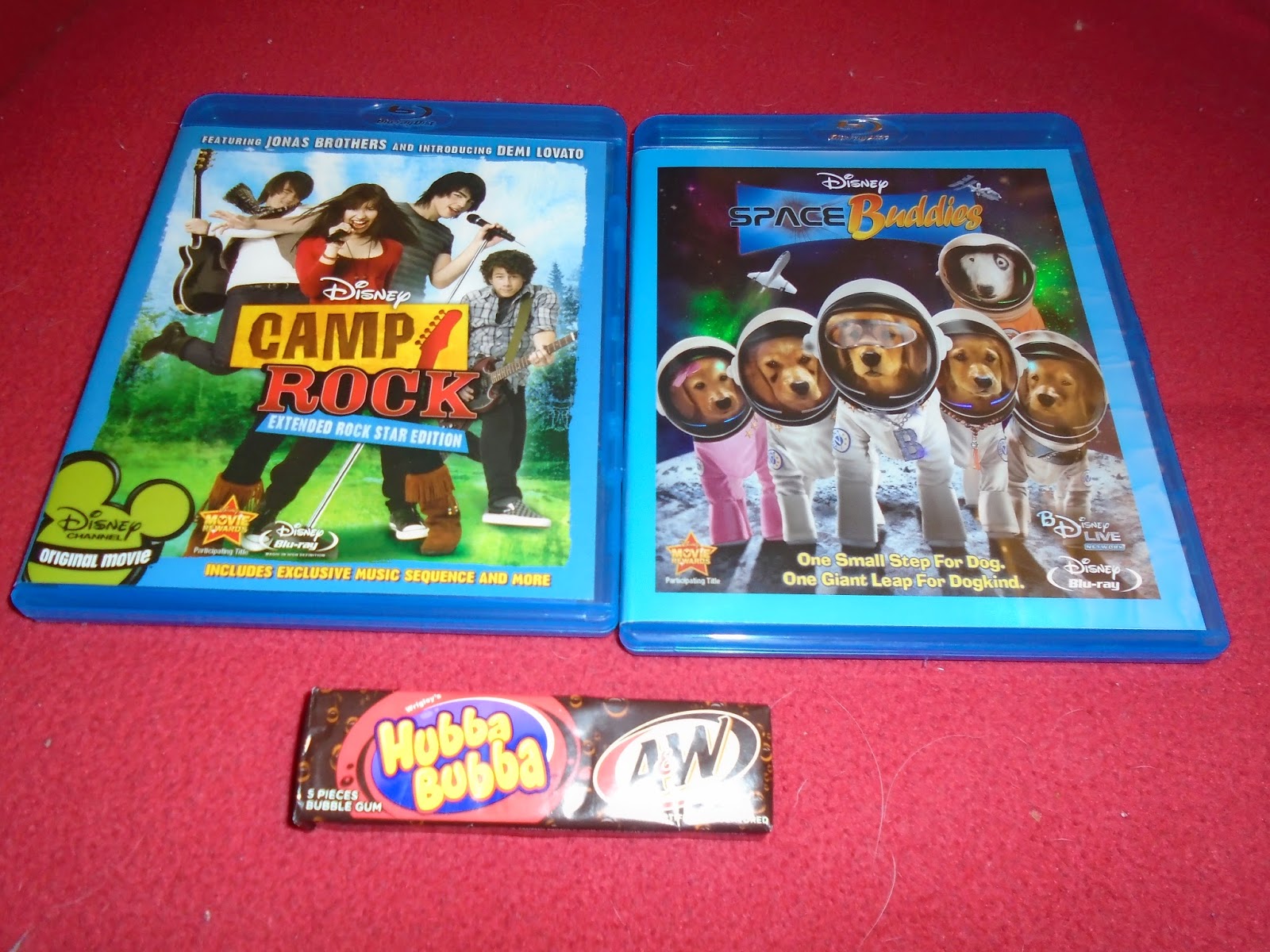 I bought the gum at Hastings.  I've never seen A&W gum before.  I hope it is like the root beer barrels I find in candy aisles sometimes.  They also had Dr. Pepper gum, but I passed on it.  The Camp Rock and Space Buddies I got at the Goodwill store for $2 a piece.  I didn't buy them because I like them.  I bought them because my nephews like the Buddies movies, and figured they might like Camp Rock.  The problem is I don't own a Blu-Ray.  However, the main reason I bought them is because they had like 300 each (along with a Cheetah Girls movie) and all of them were sealed.  Seems like Target or another store dumped it on them.  I don't have these movies, so I bought them just for the Disney codes inside.  Both counted as 150 points, so I gained 300 points for $4.  I have gotten quite a few DVD's through the Disney Rewards, so this will help for a future movie.  I'm hoping to get enough points for Bedtime Stories if they ever restock it.

So why did we go to a town about an hour away on a random Wednesday? 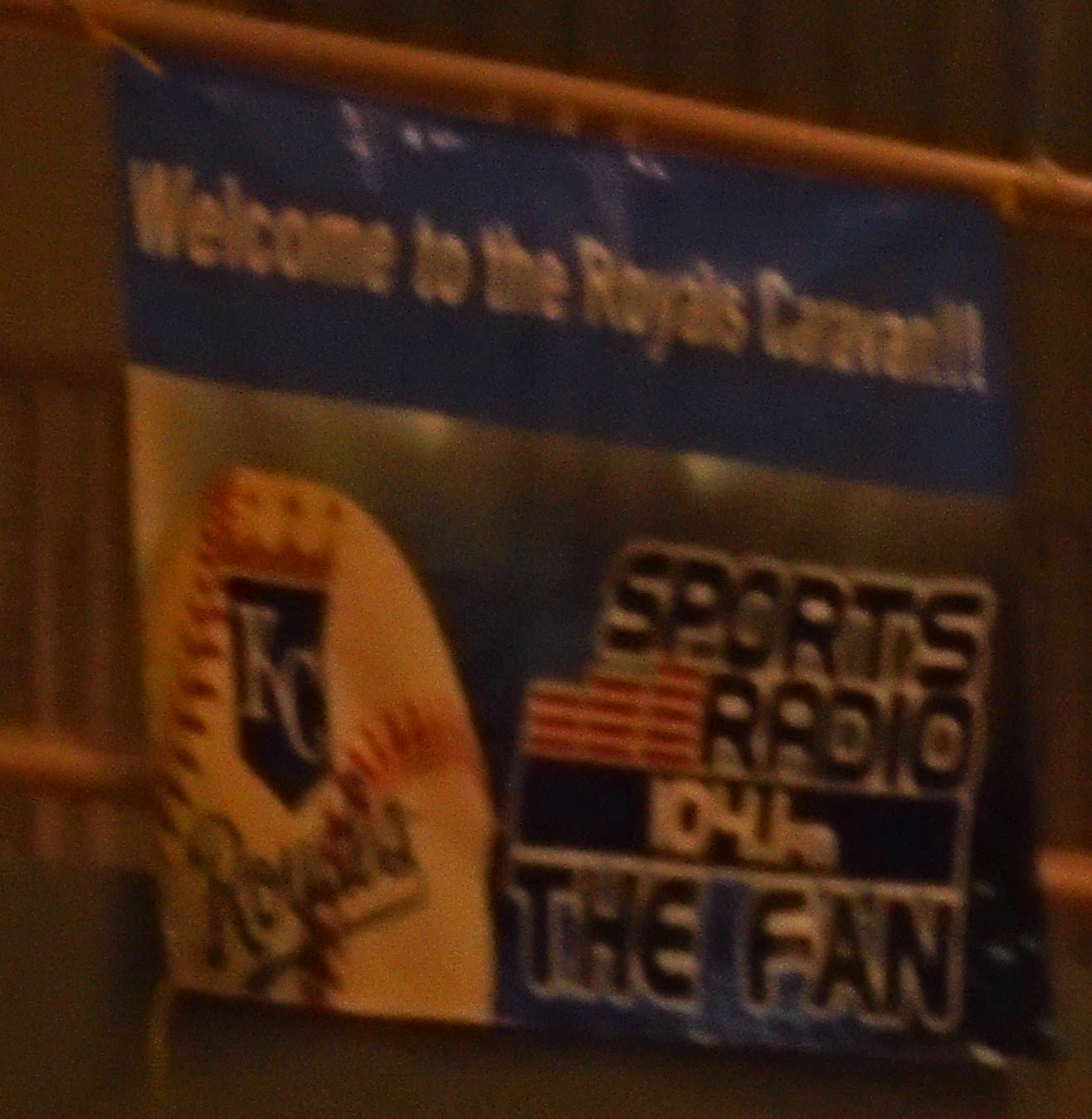 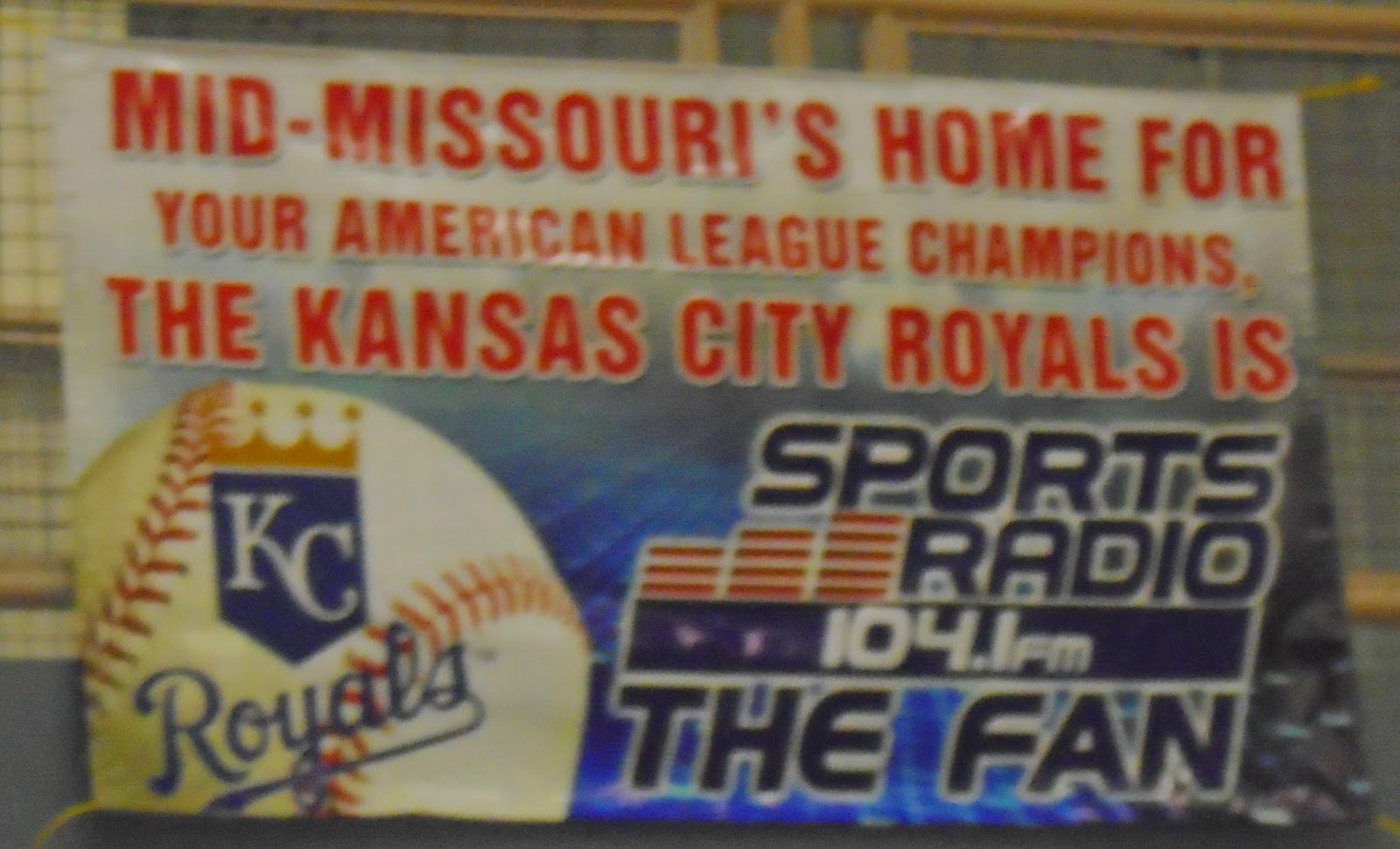 The Royals Caravan made their way into Mid-Missouri for the first time in a few years.  I have bellyached for a couple years on twitter to the Royals to come back, and they finally did.  I won't take credit for it, but I hope enough people asked for it so they did.  I hope they were happy with the turnout to return for a few years.  As for the turnout... 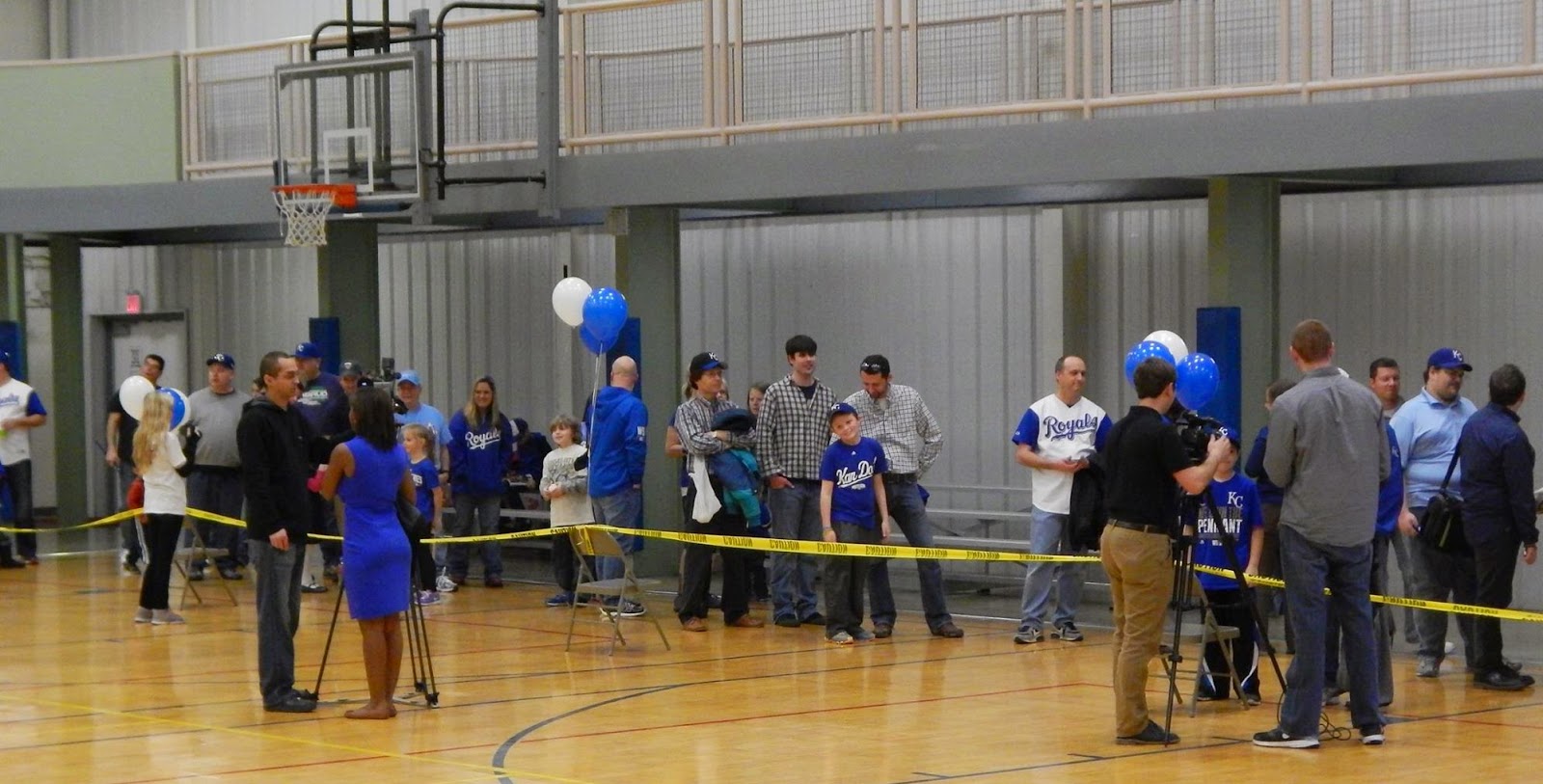 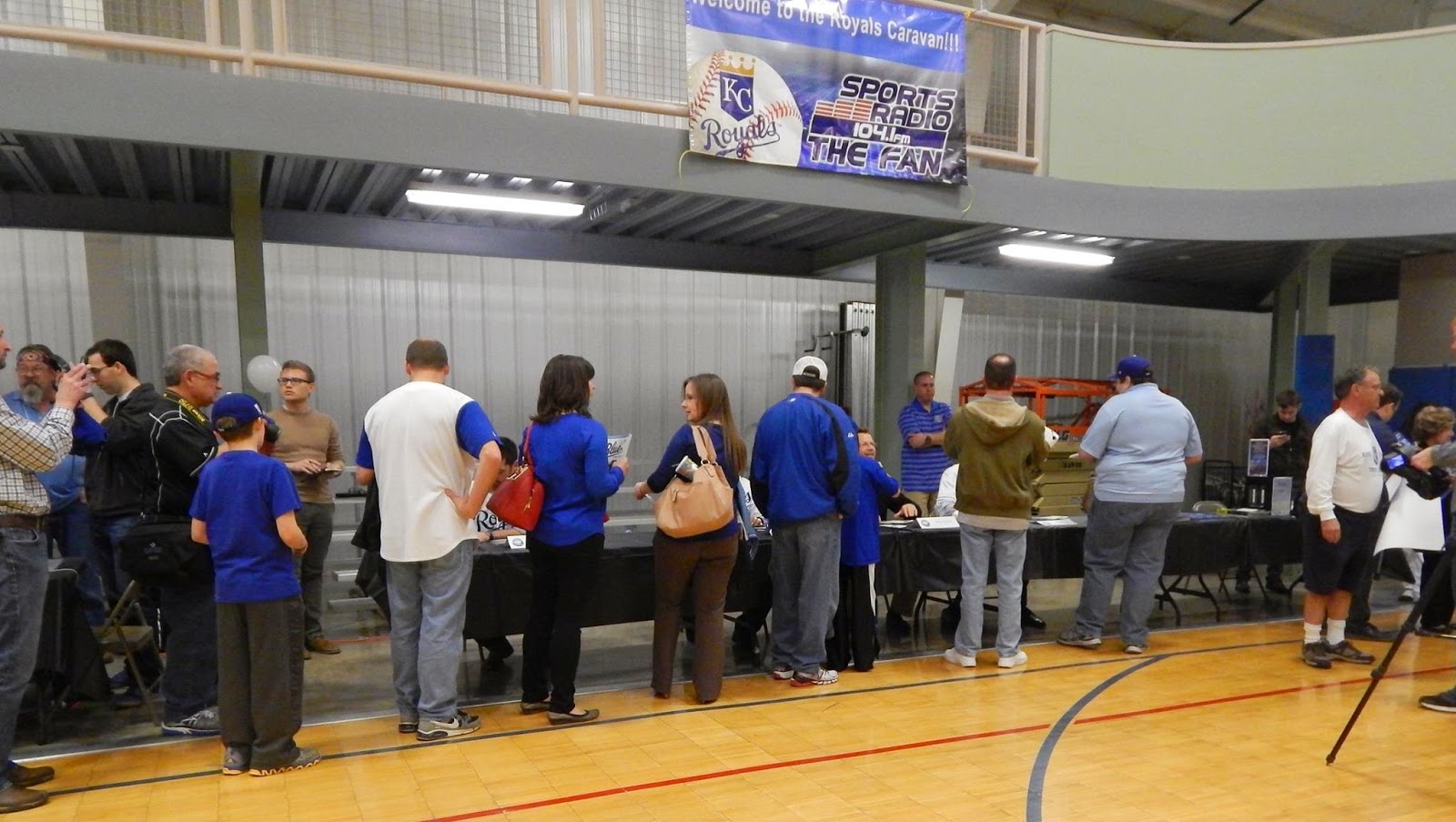 Not a bad turnout.  I am also in both of the pictures above.  The next one shows where I am. 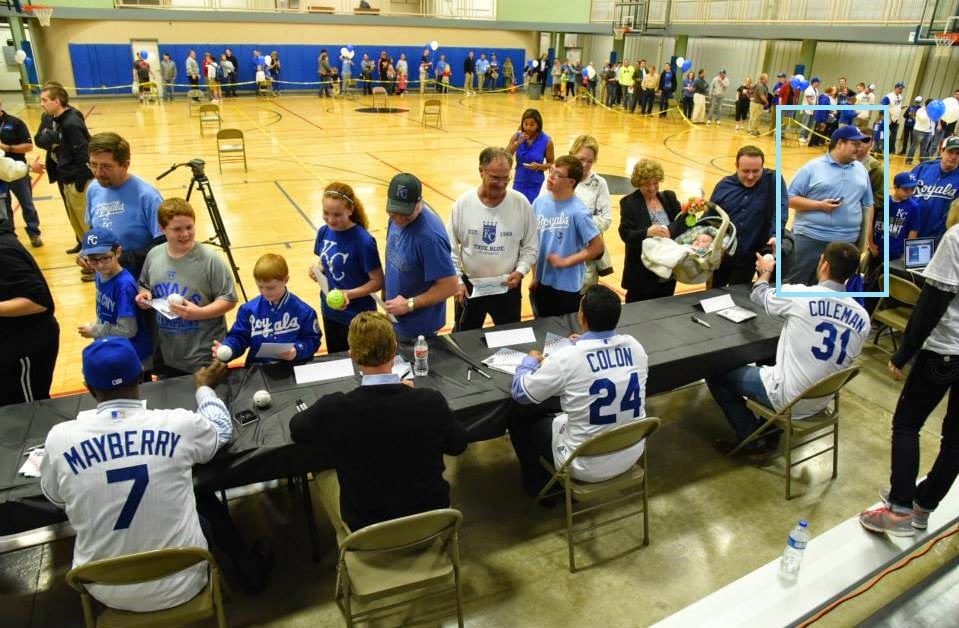 We were about 20th or so in line, so I think the turnout was quite well.  In the picture above, I'm talking to one of the radio announcers that was sponsoring the event. 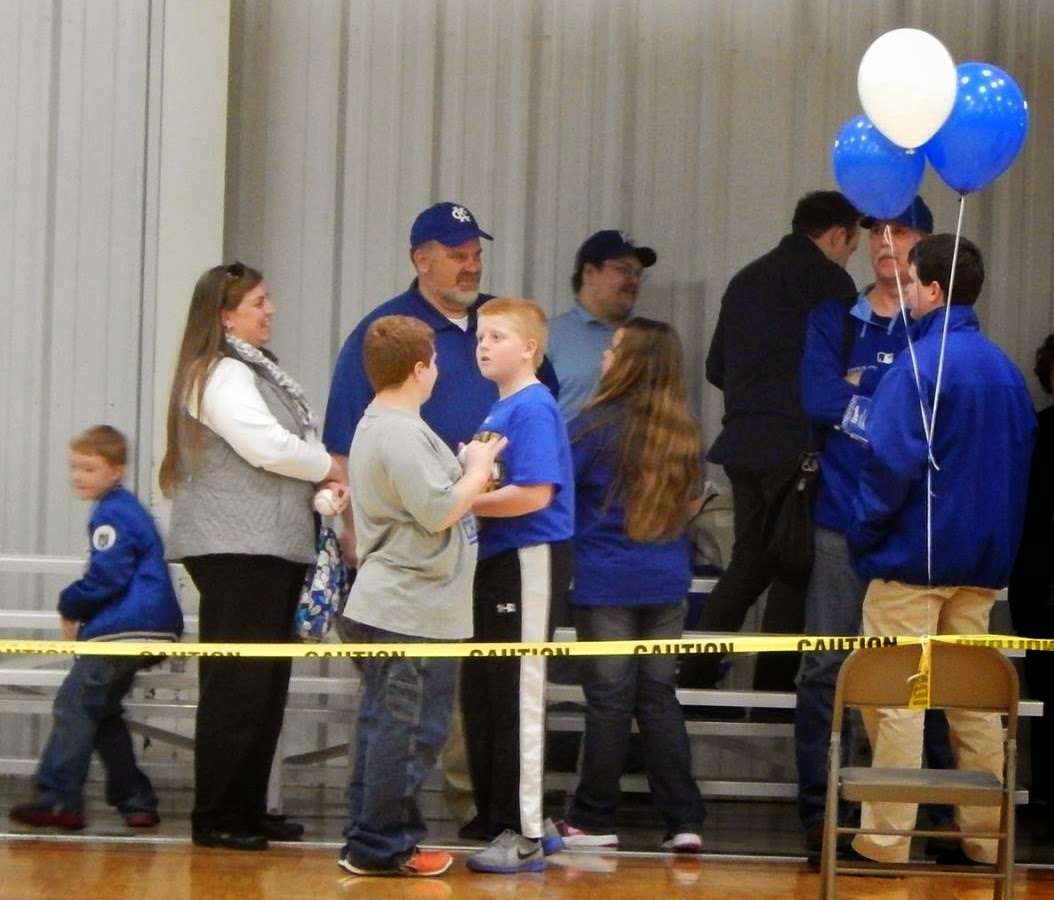 The crowd was... well, they were excited.  Almost fanboy-ish.  Most talked about last year, some about older player, a couple debated if Alex Gordon would have been out if he went for home, and one was... well, he was curious where the bus was going to park. 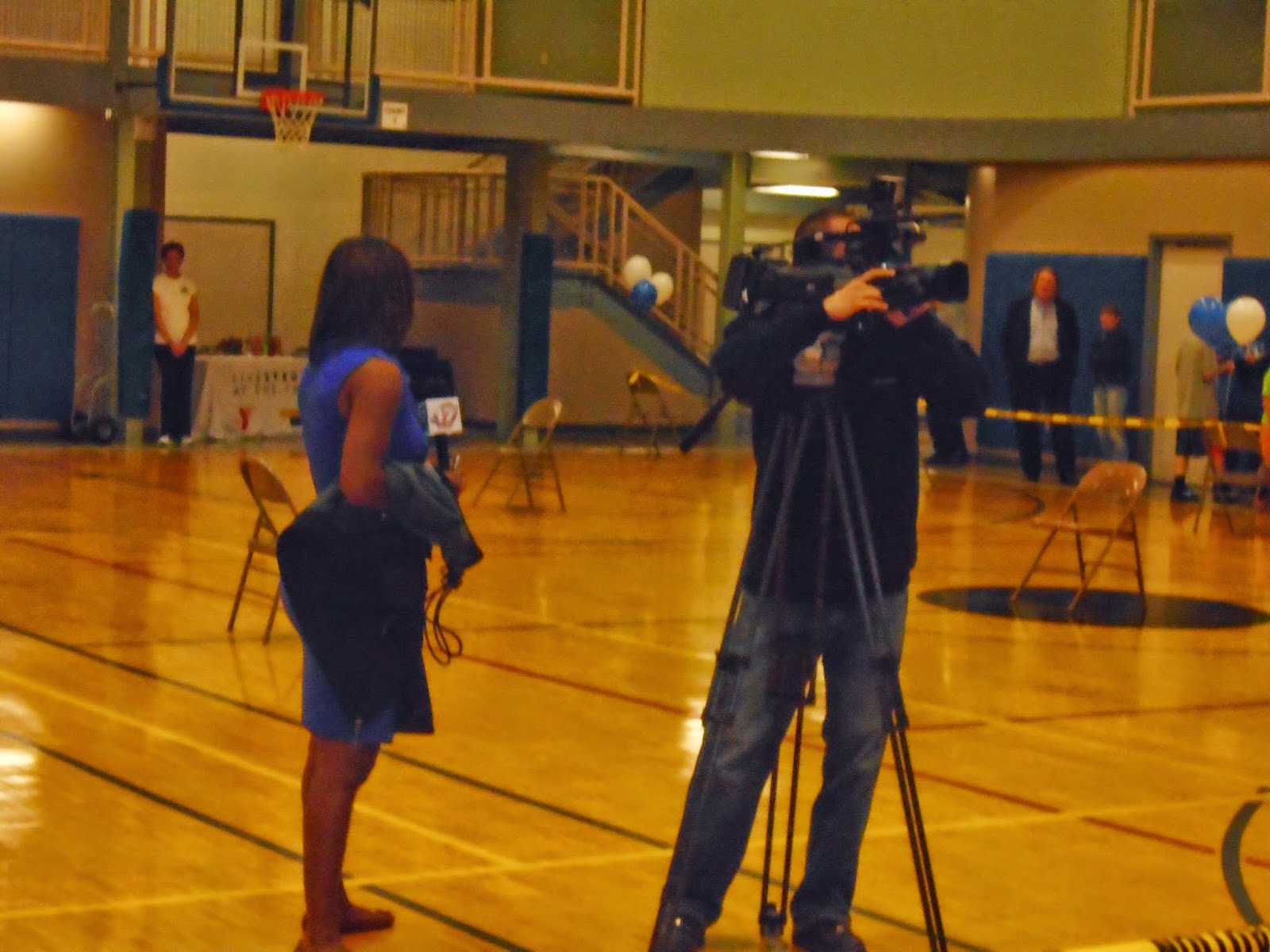 All 3 local television media channels were there in addition to the sports talk station that put it on.  Also there was the Jefferson City News-Tribune, the major newspaper in the capital city.  Other media probably was there too, as well as pictures being taking by the local YMCA where it was held, and the Royals took pictures too.  While my friend and I wasn't interviewed, we did manage to make it on camera a couple times, and a man and his son right behind was interviews twice. 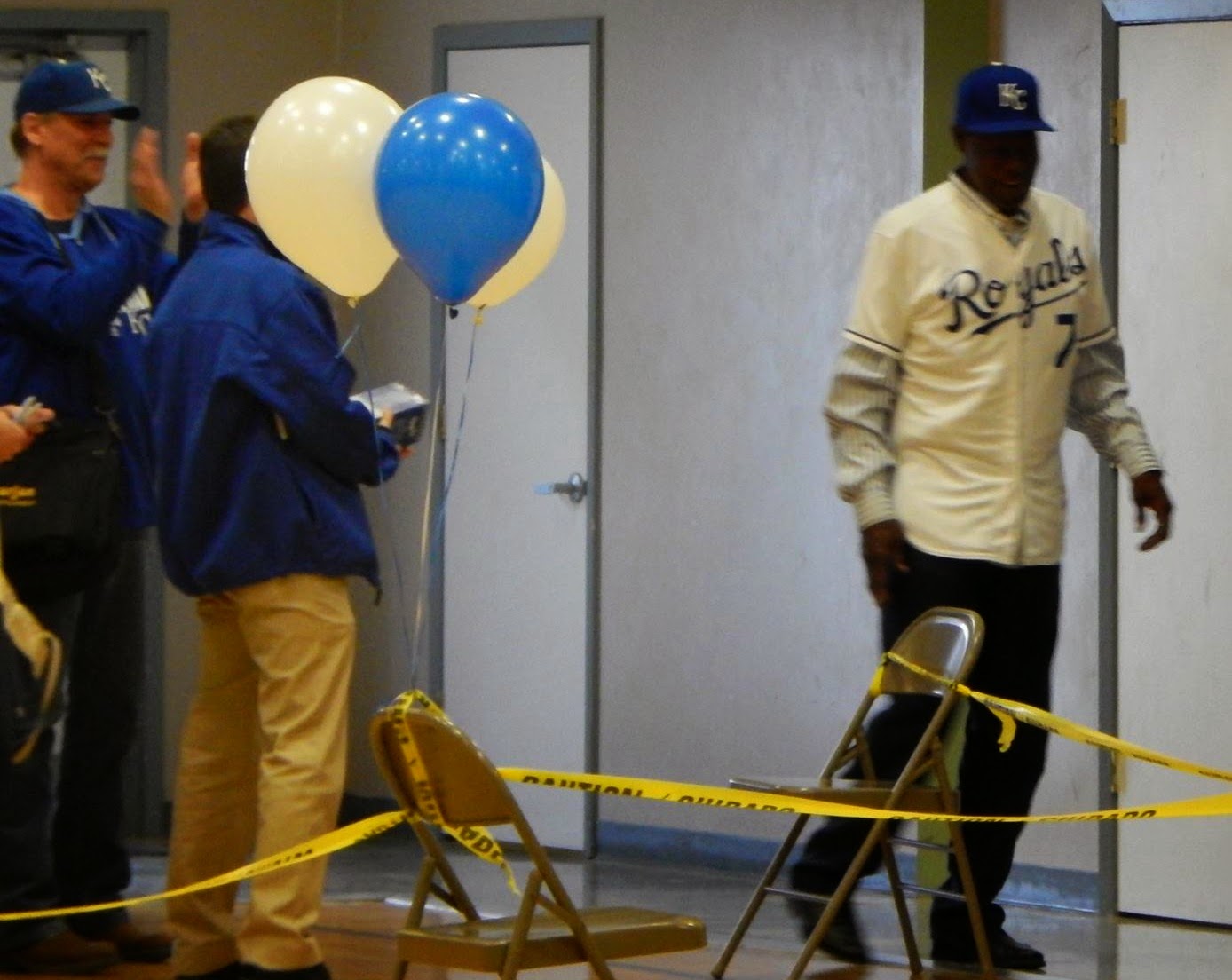 JOHN MAYBERRY IS IN THE BUILDING!  It's about to start!  Now I'm getting excited.  I hope I don't say something stupid when I meet them.  It wouldn't be a first, I have a knack of doing that.

Local radio show The Closers did a live show from the event, and are nice guys.  There's no time for that though, here we go. 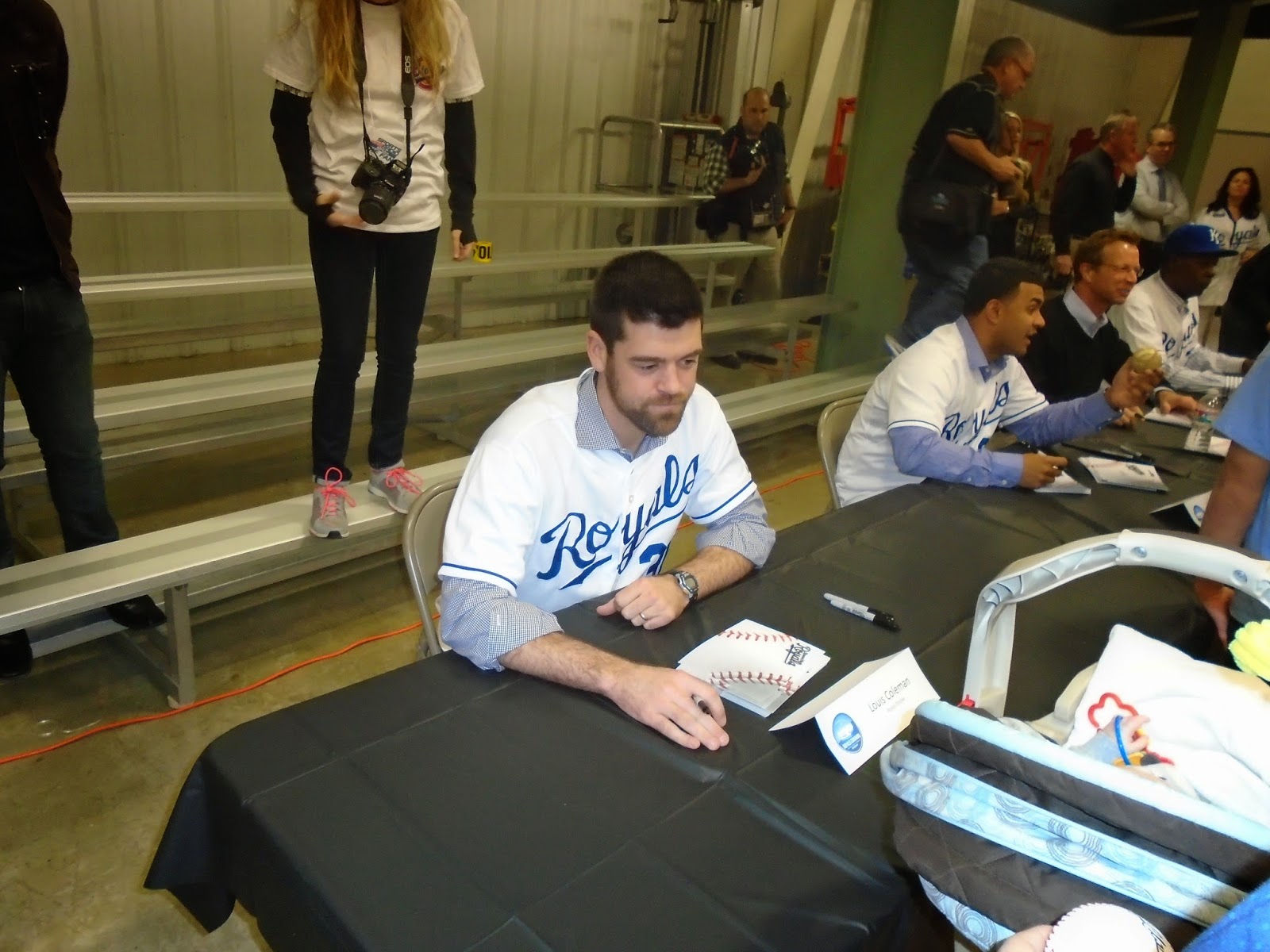 Louis Coleman was pretty nice.  Ne also was a fan of my friends son. 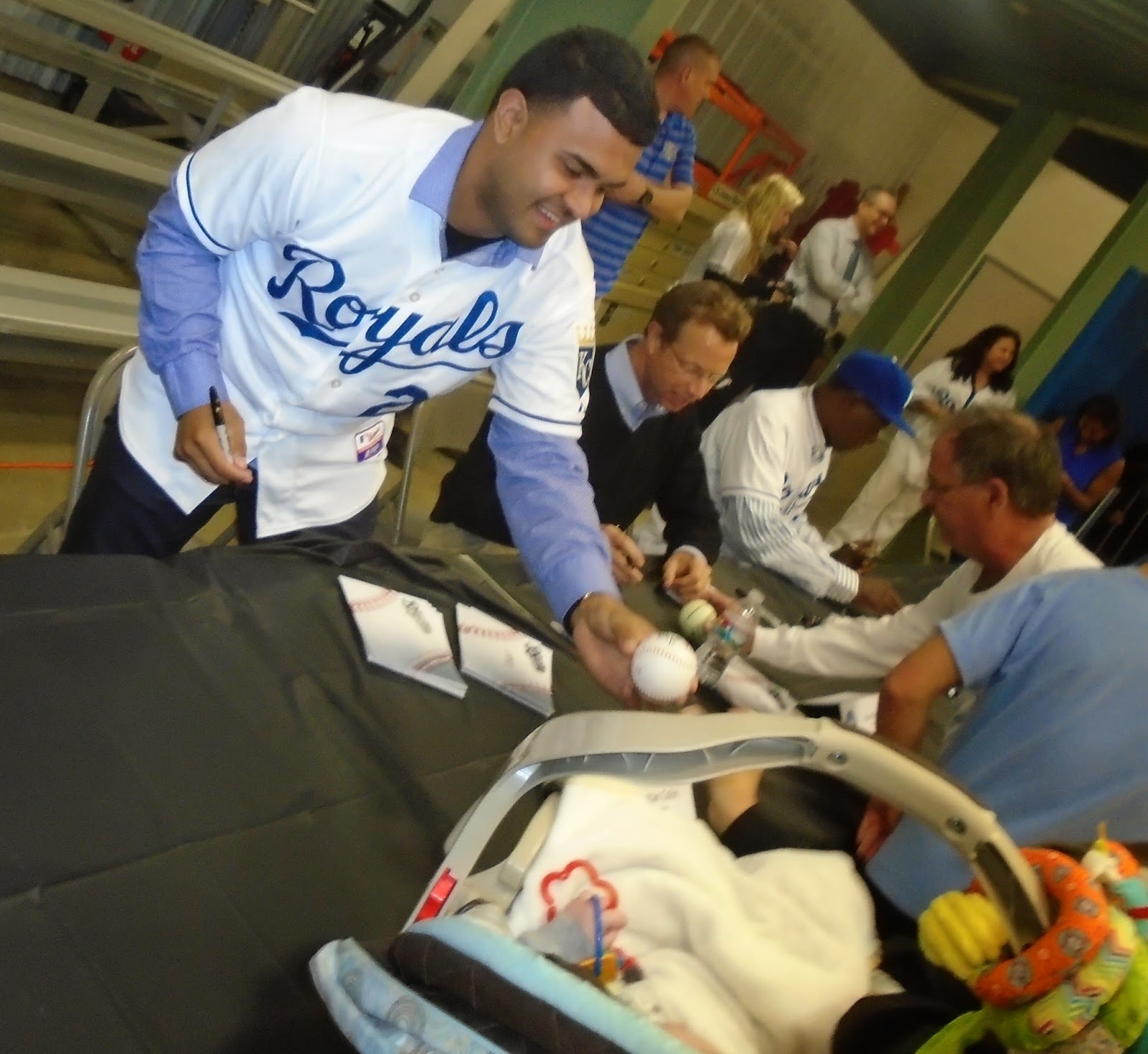 Christian Colon was also a fan.  Beyond Colon, is announcer Steve Physioc, and at the end is Royals Hall of Famer John Mayberry.  All were very nice and cordial. 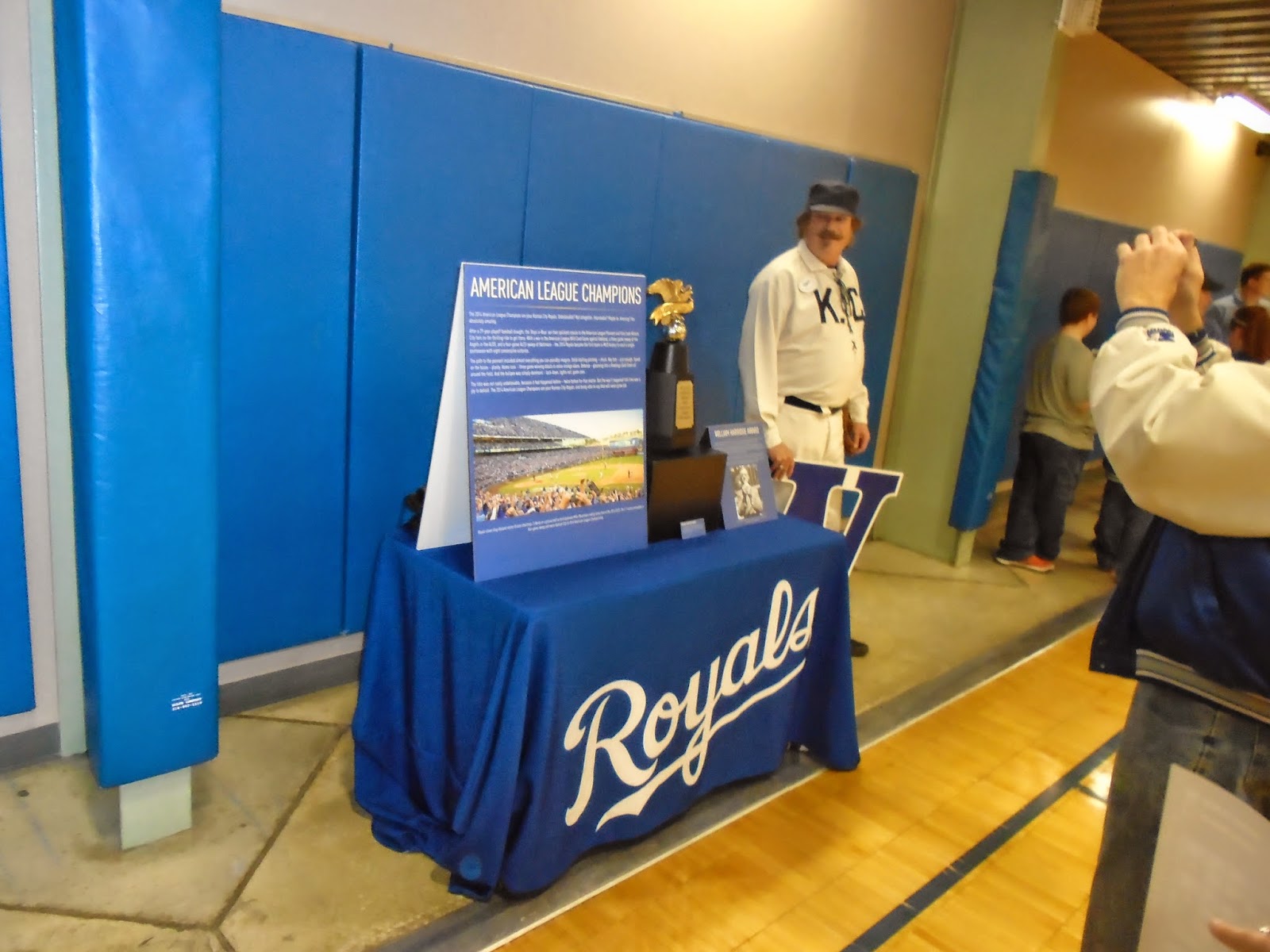 After picking up some schedules and such, I got a picture of the American League trophy.  It was smaller than I thought, and sorry I didn't get a great shot.  It was really nice to see though.

So whose, the guy next to the trophy? 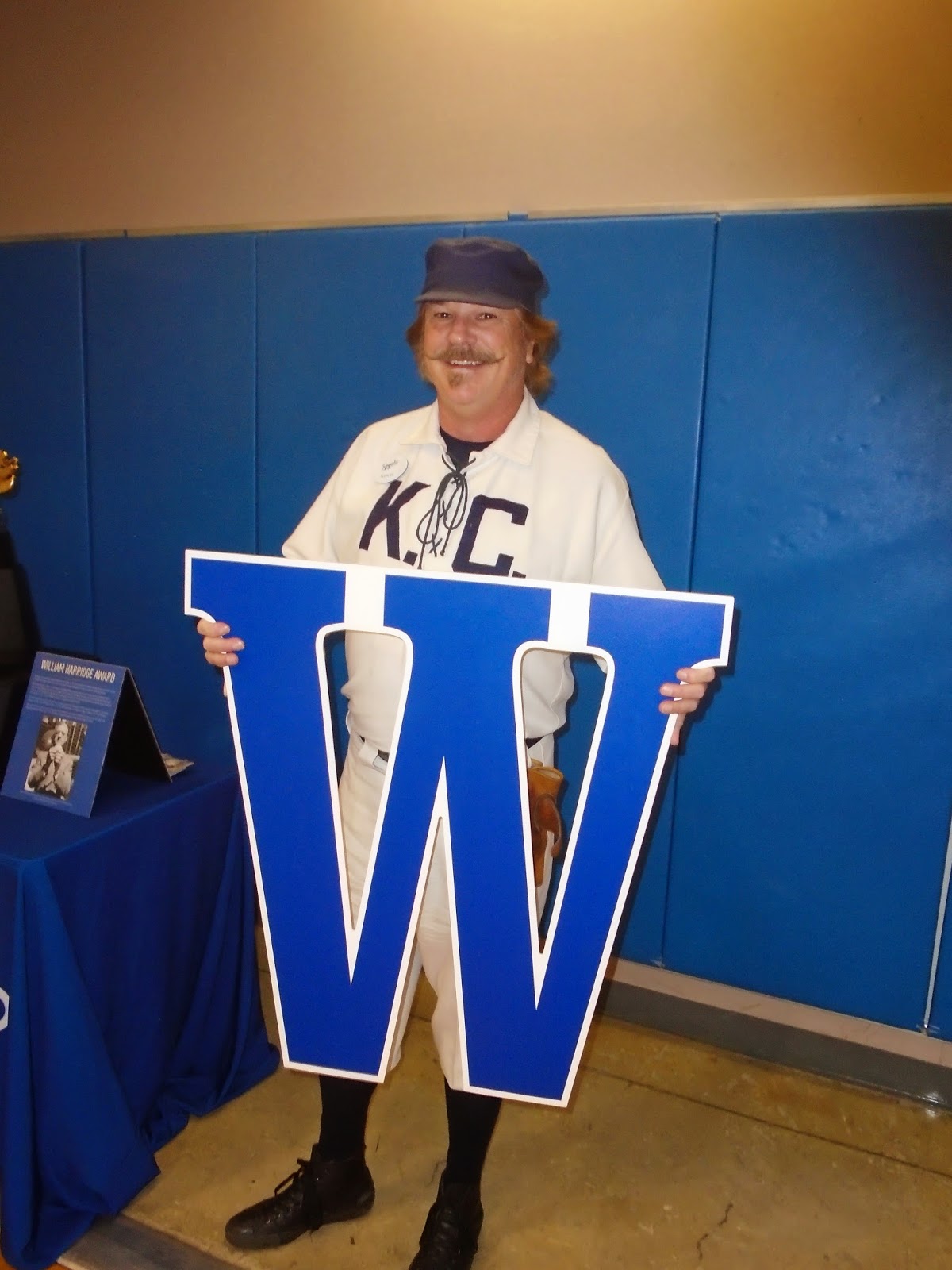 Why, that's KayCee!  Known as the Royals historian, he is more known for being the "W guy".  After every Royals win at Kauffman Stadium, KayCee climbs the roof of the Royals Hall of Fame and puts the Giant W up!  It is a pretty cool tradition that just started the last few years, but it is really cool to see at the game.  I talked to him for a bit and he was really nice.  I even got his autograph, which I don't think a lot of people did,

I wanted to take more pictures but was caught up in the moment.  I did take some once I got home to show you the board I got signed, and some other stuff. 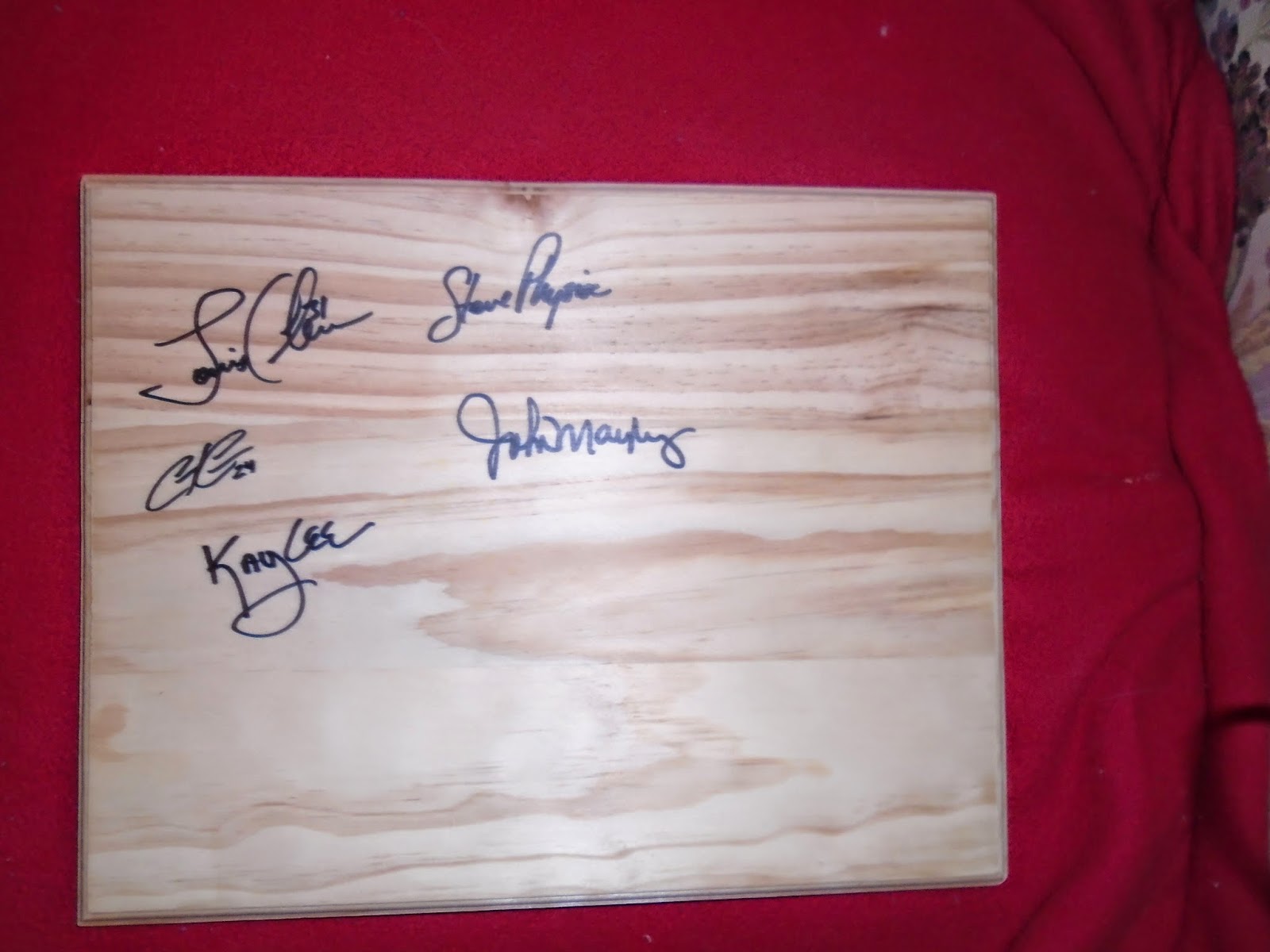 I couldn't decide what to get signed, but in the end, I was happy getting this signed.  I thought about a rubber home plate, but I can't complain about this.  One day it would be nice to get more names on it. 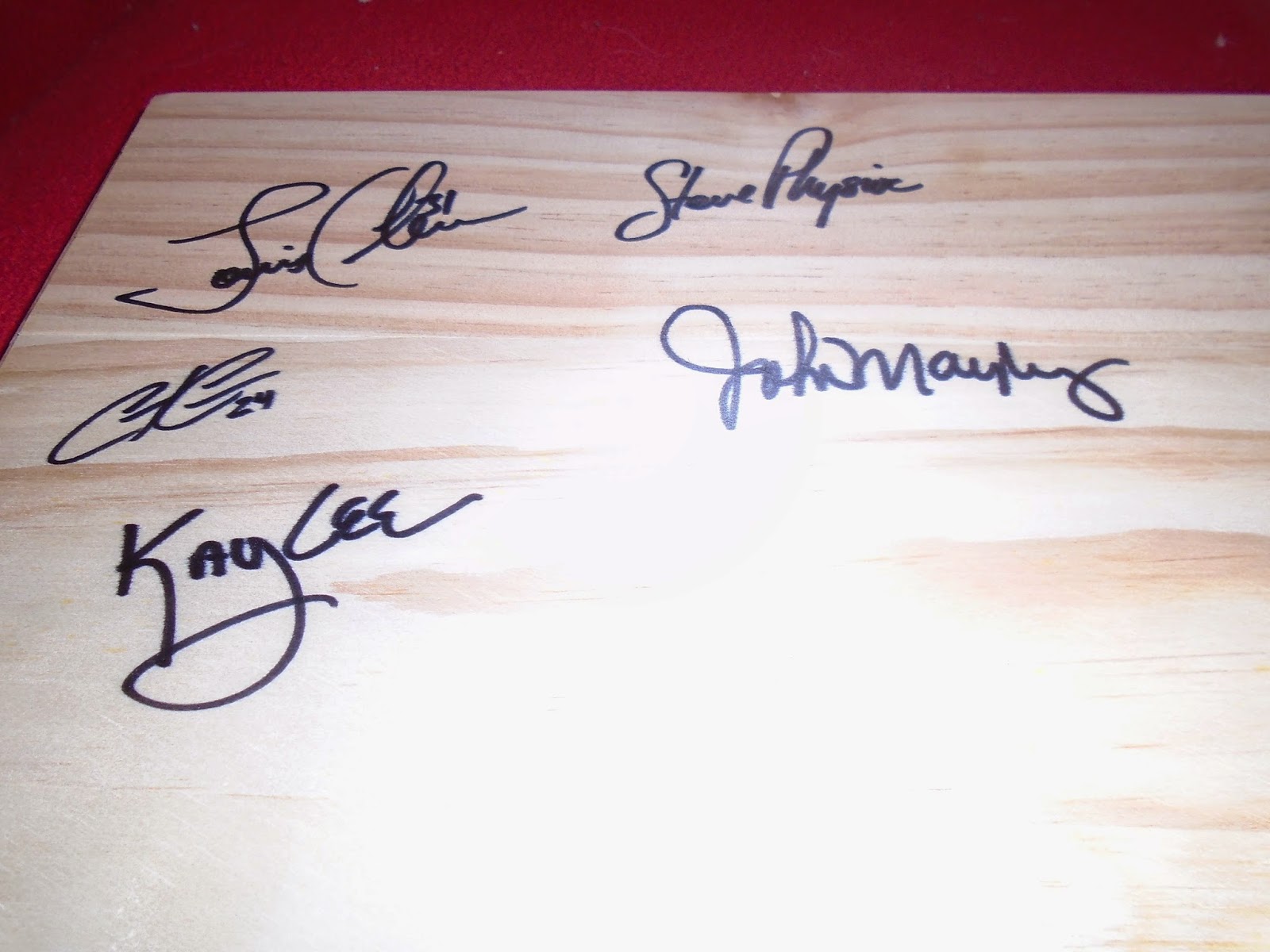 Overall they were all very nice. 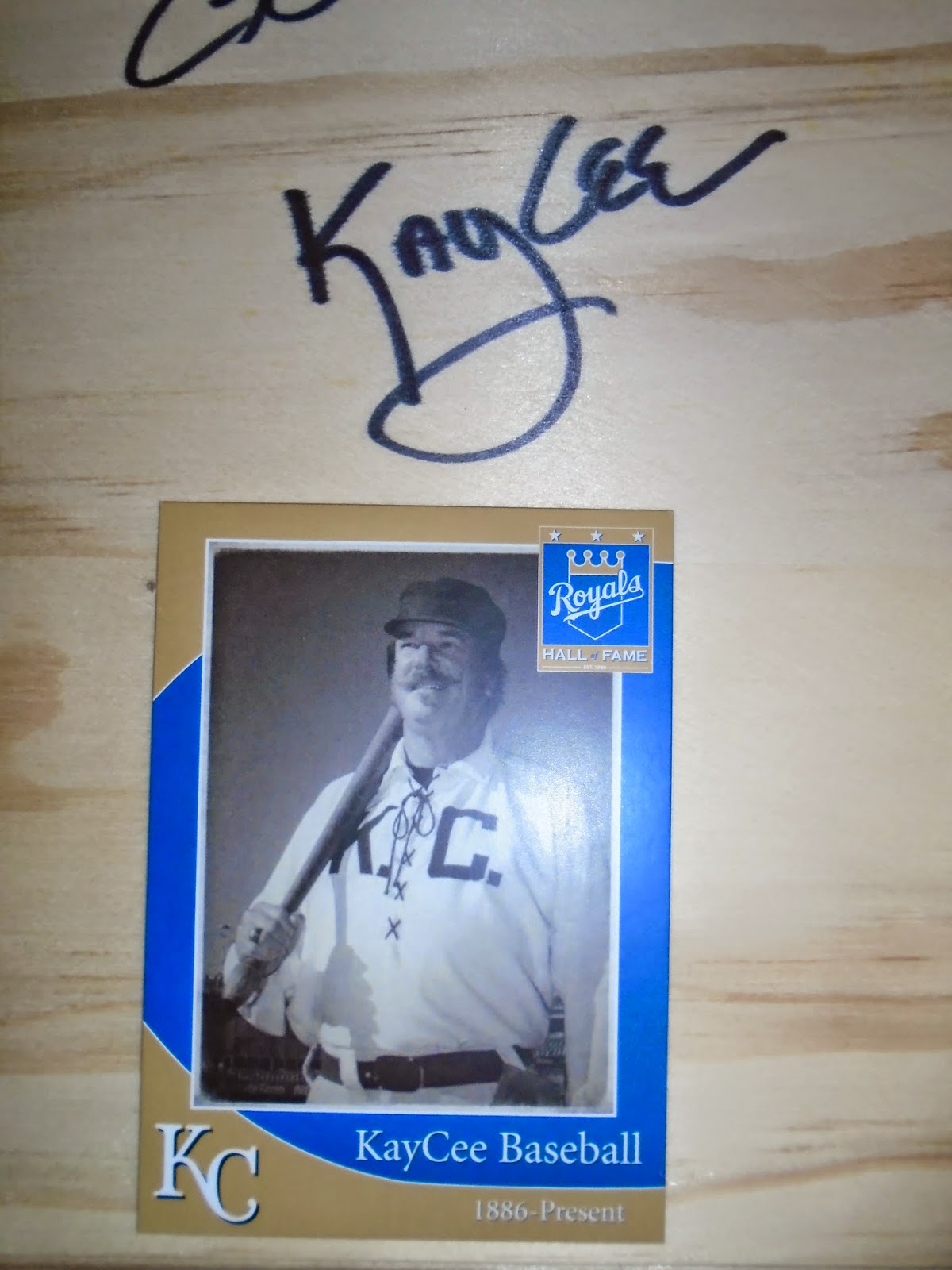 I even got a trading card of KayCee!  He had a few with him, so it was pretty cool. 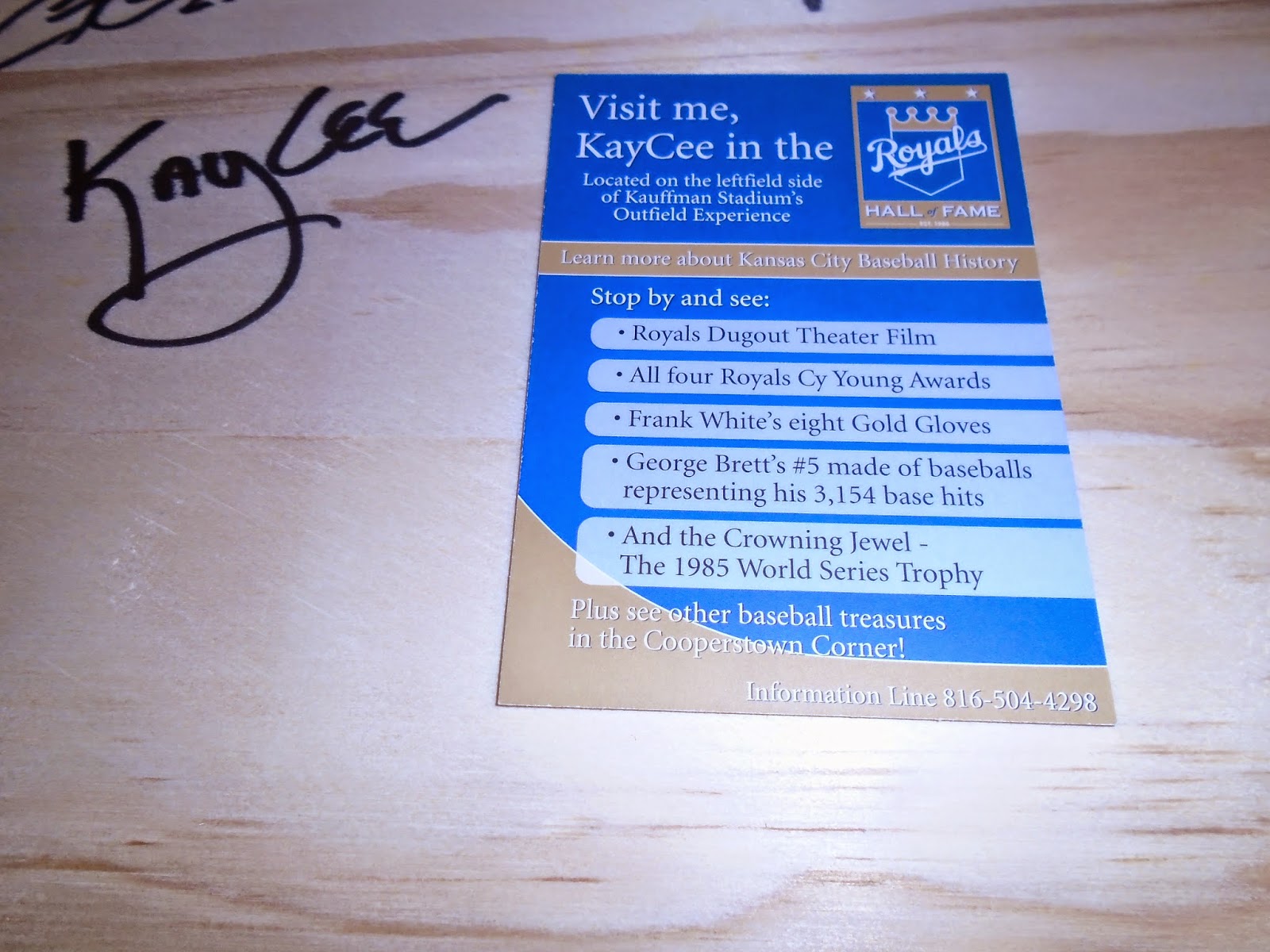 Why can't more cards look like this, its a pretty nice card.

In addition, I also got a couple extra autographs from Steve Physioc and John Mayberry. 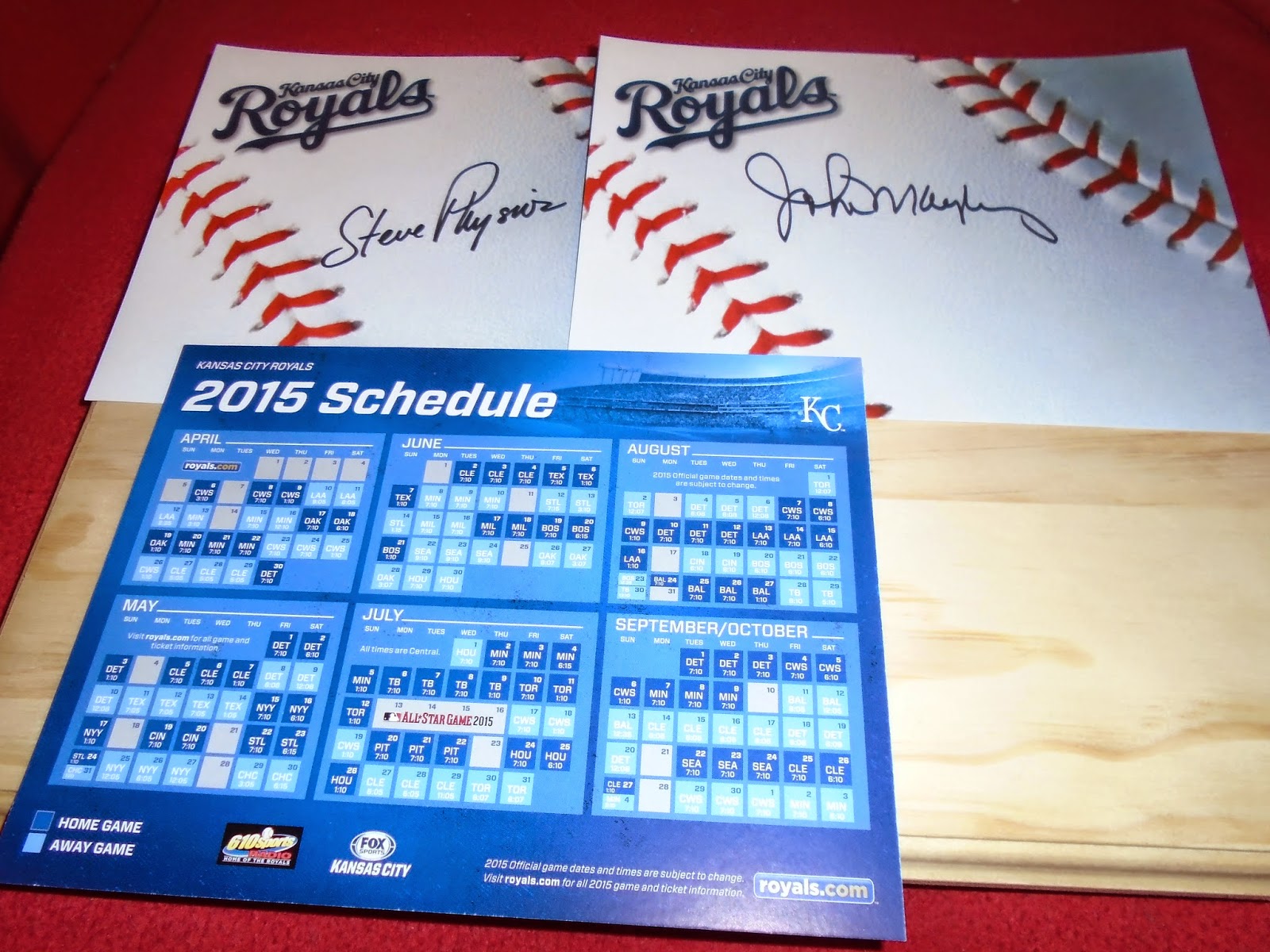 Mr. Mayberry was really nice.  I asked for the extra autograph card and told him I wanted to place it next to the Dan Quisenberry autographed cards I had.  He said "Sure, Quisenberry was a very nice man". 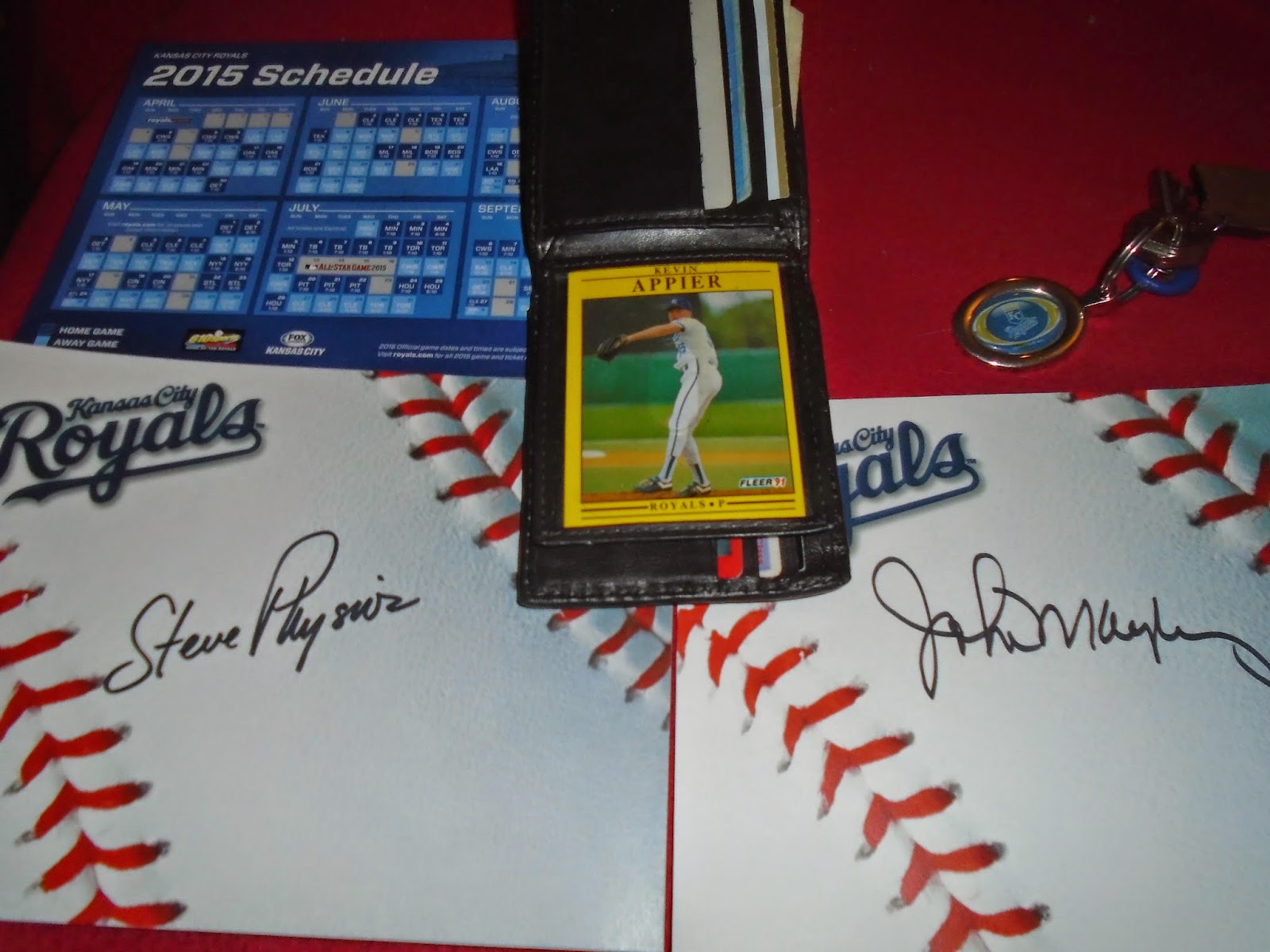 I thought I would show off my Royals keychain also.  Speaking of cards, before I used the board to get signed, I actually made cards to get signed, but I never printed them.  I might as well show them off.  I might display them on the board one day. 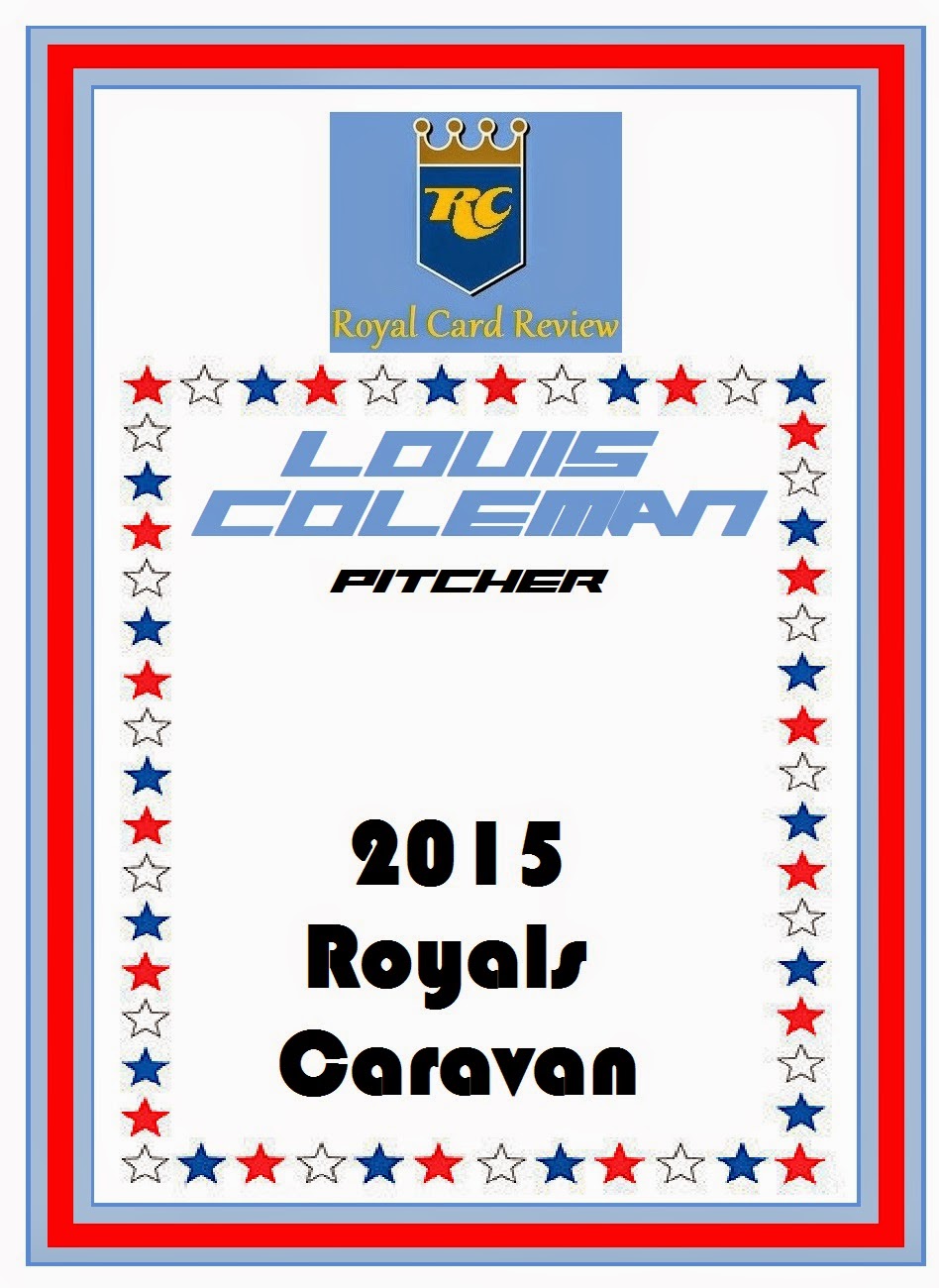 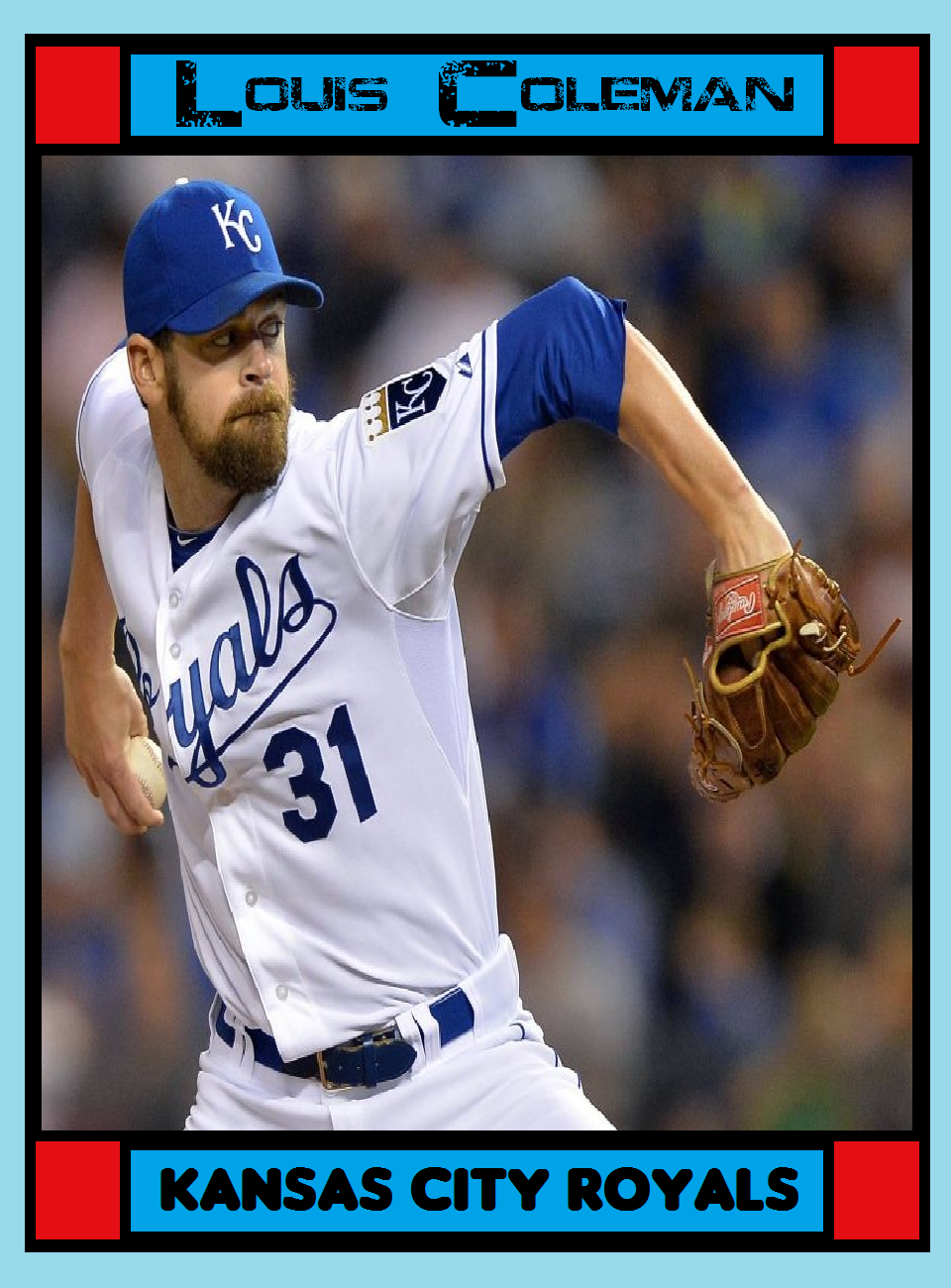 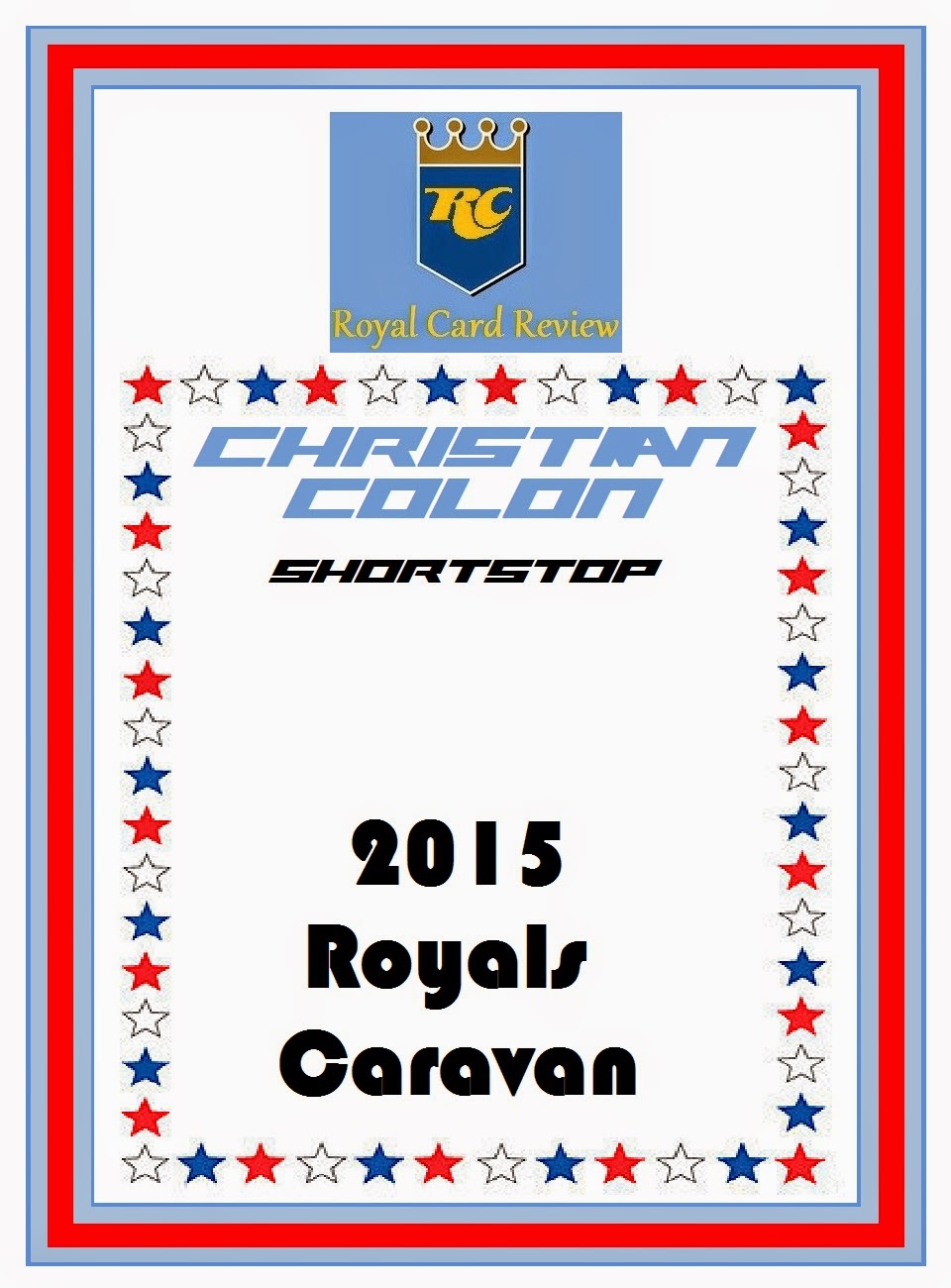 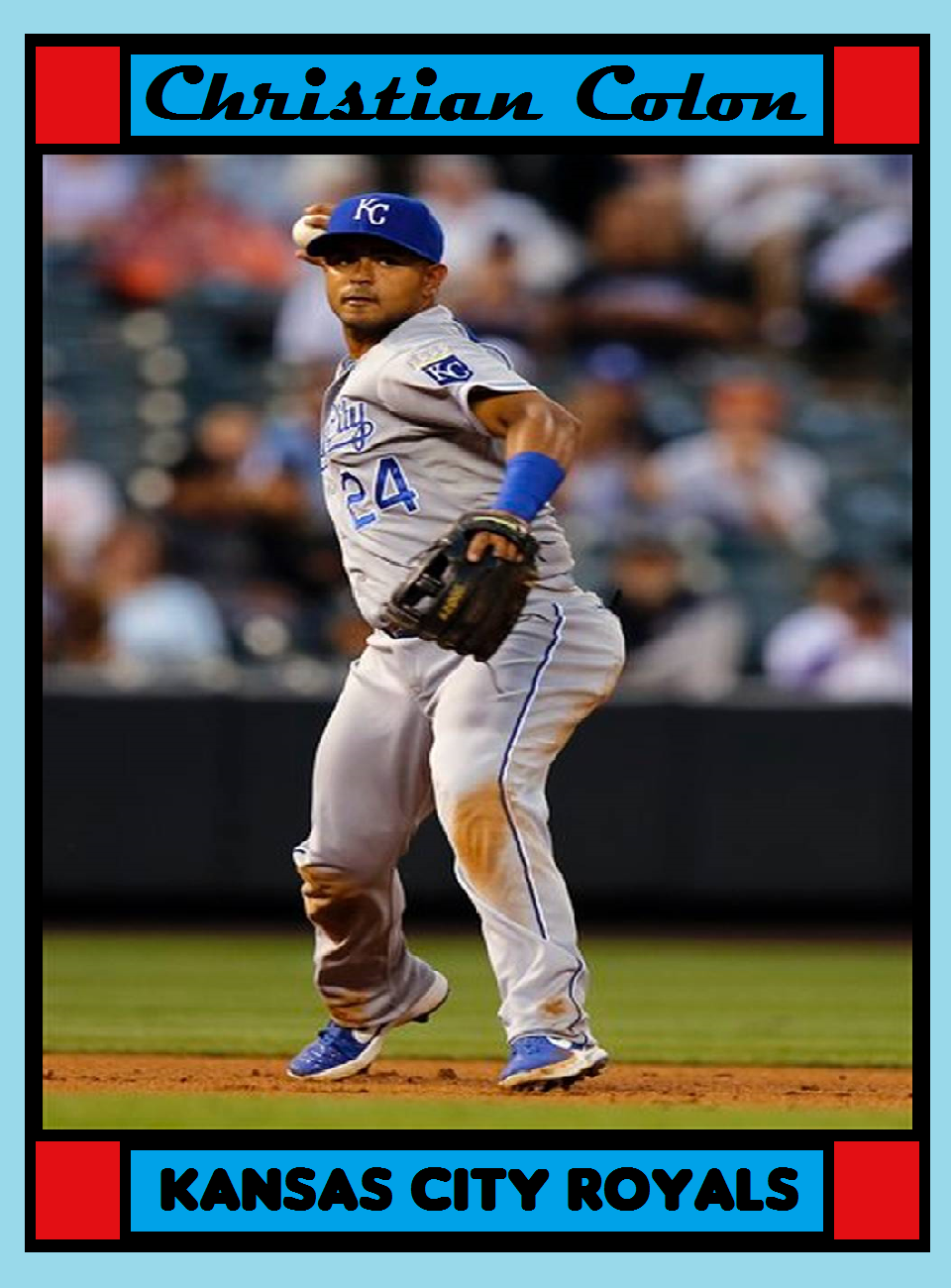 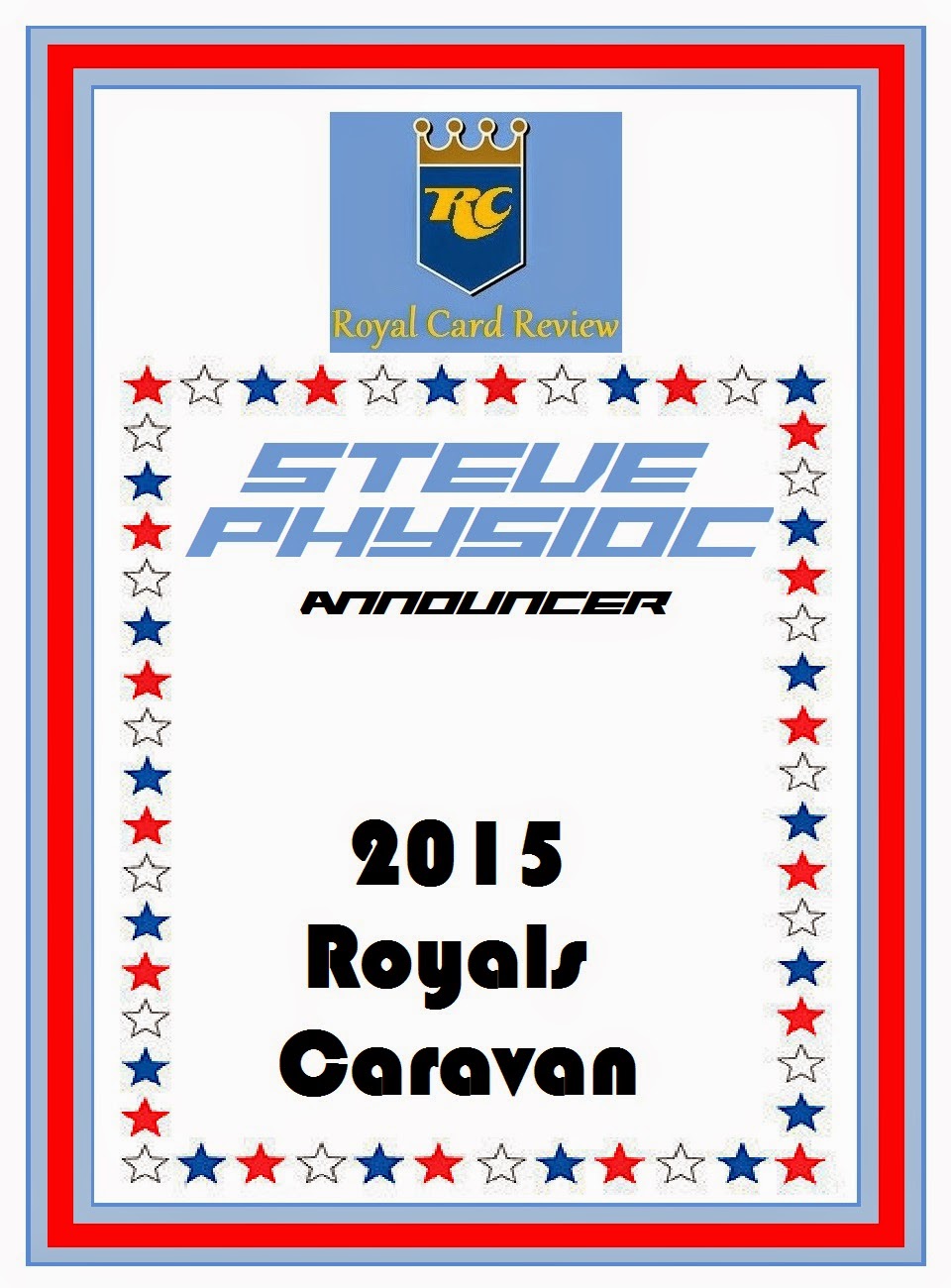 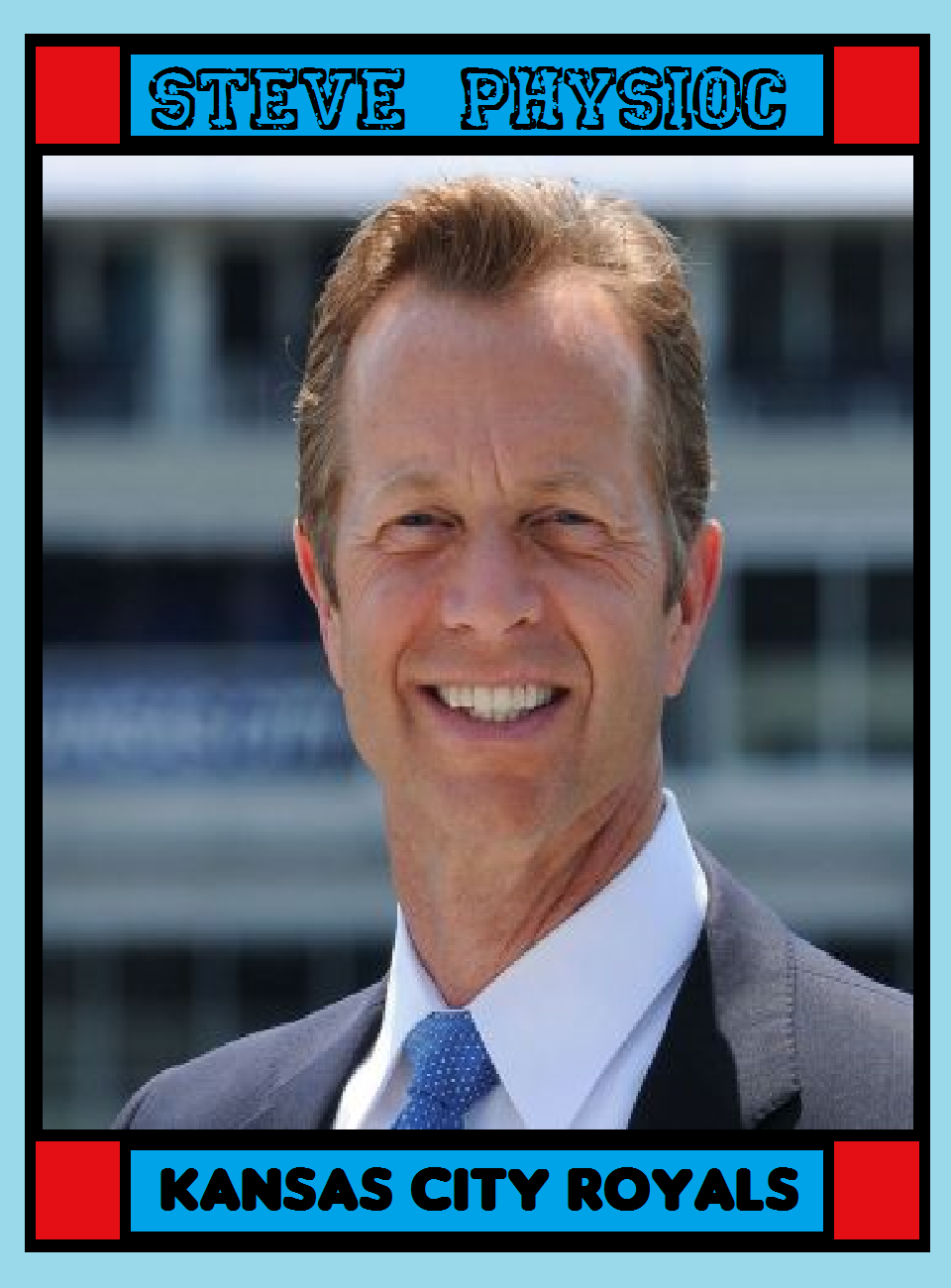 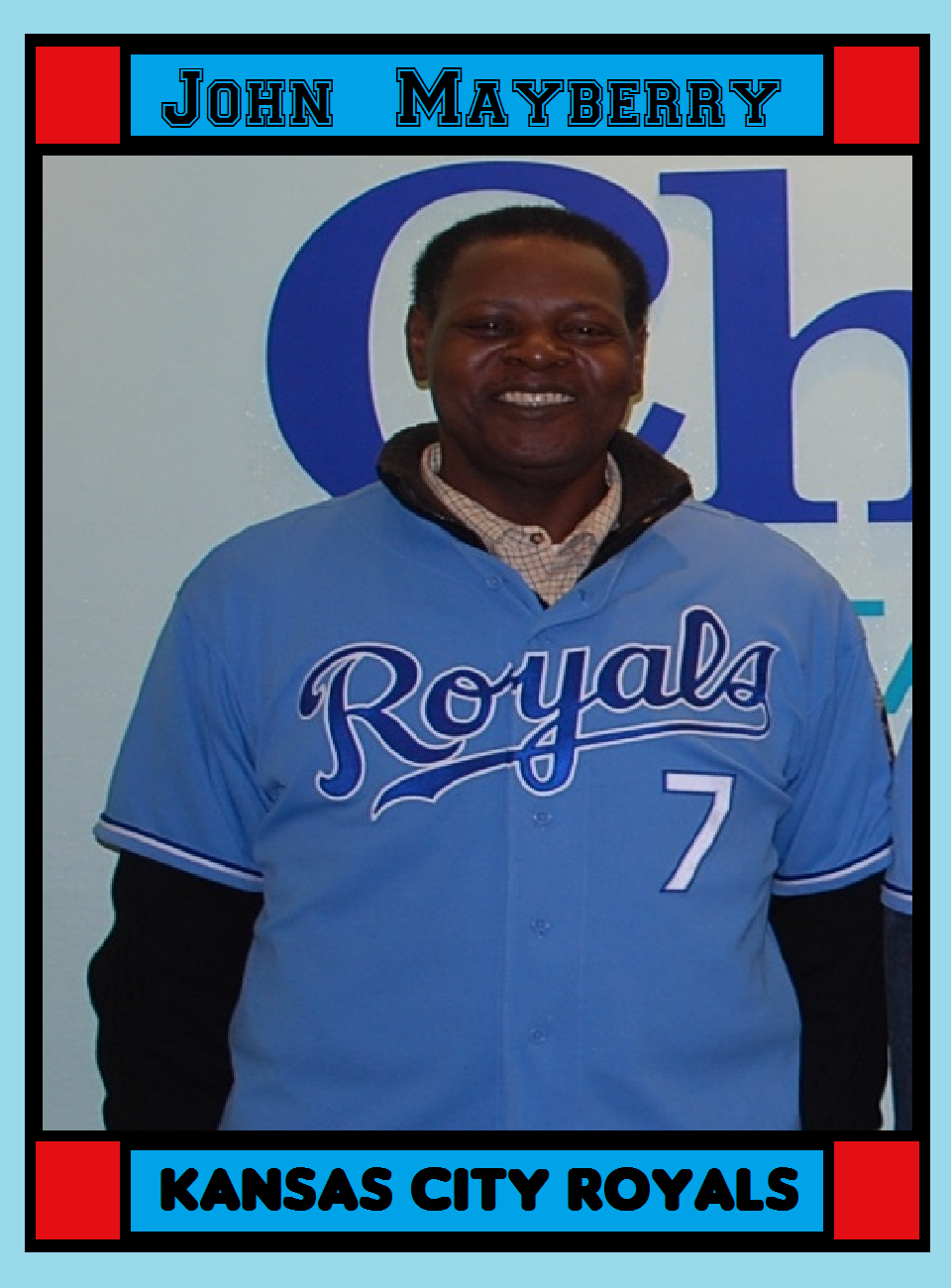 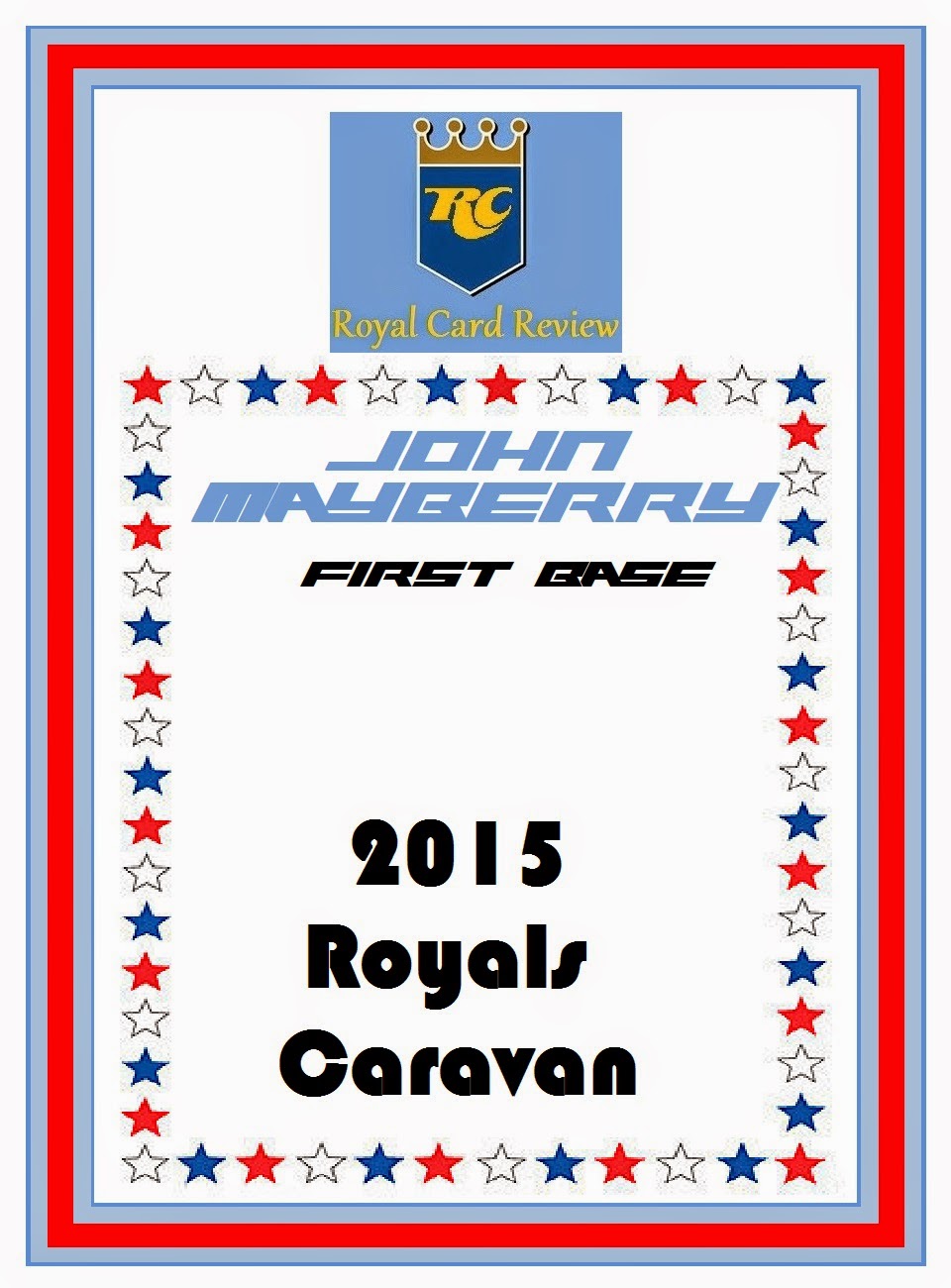 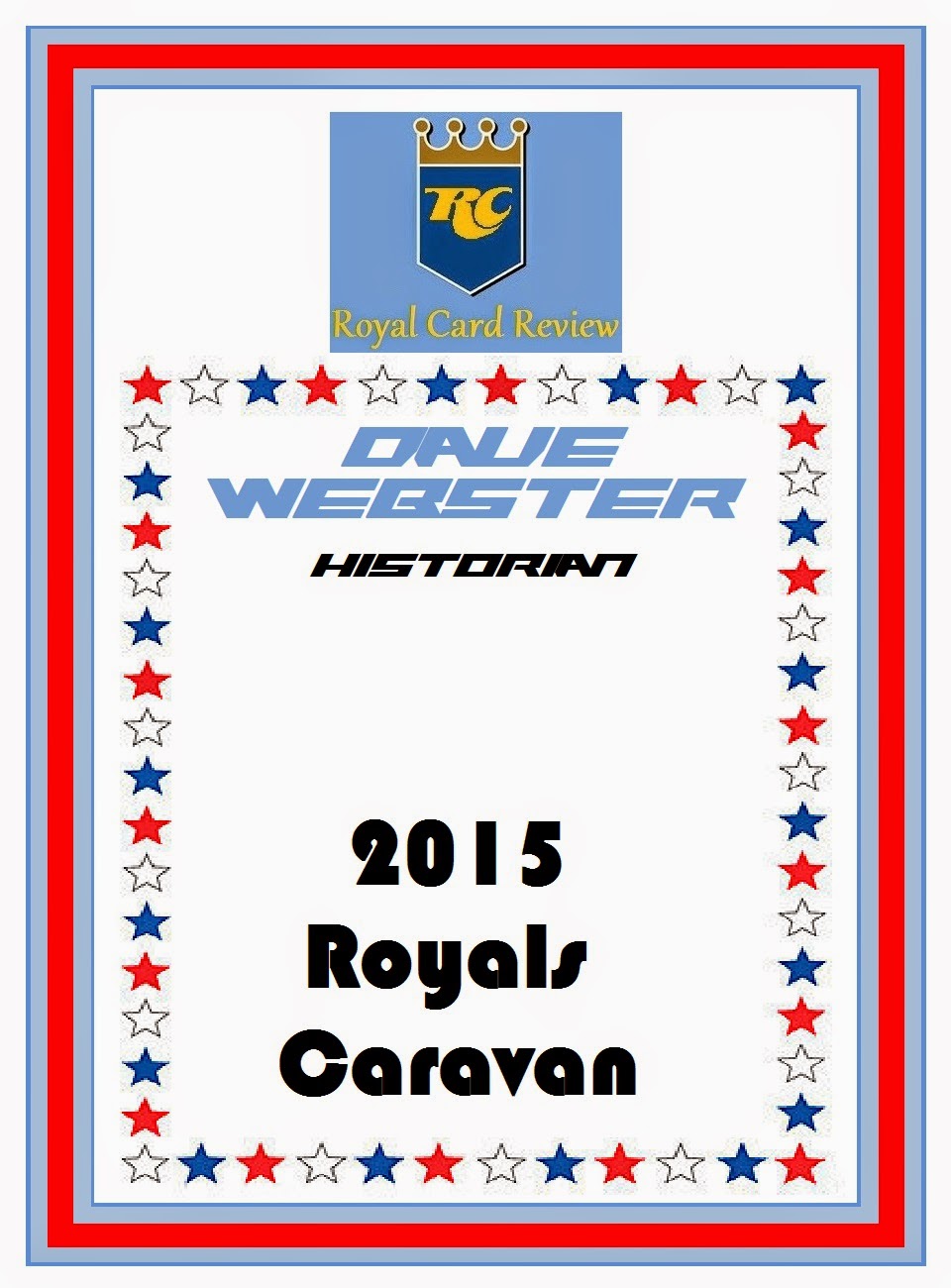 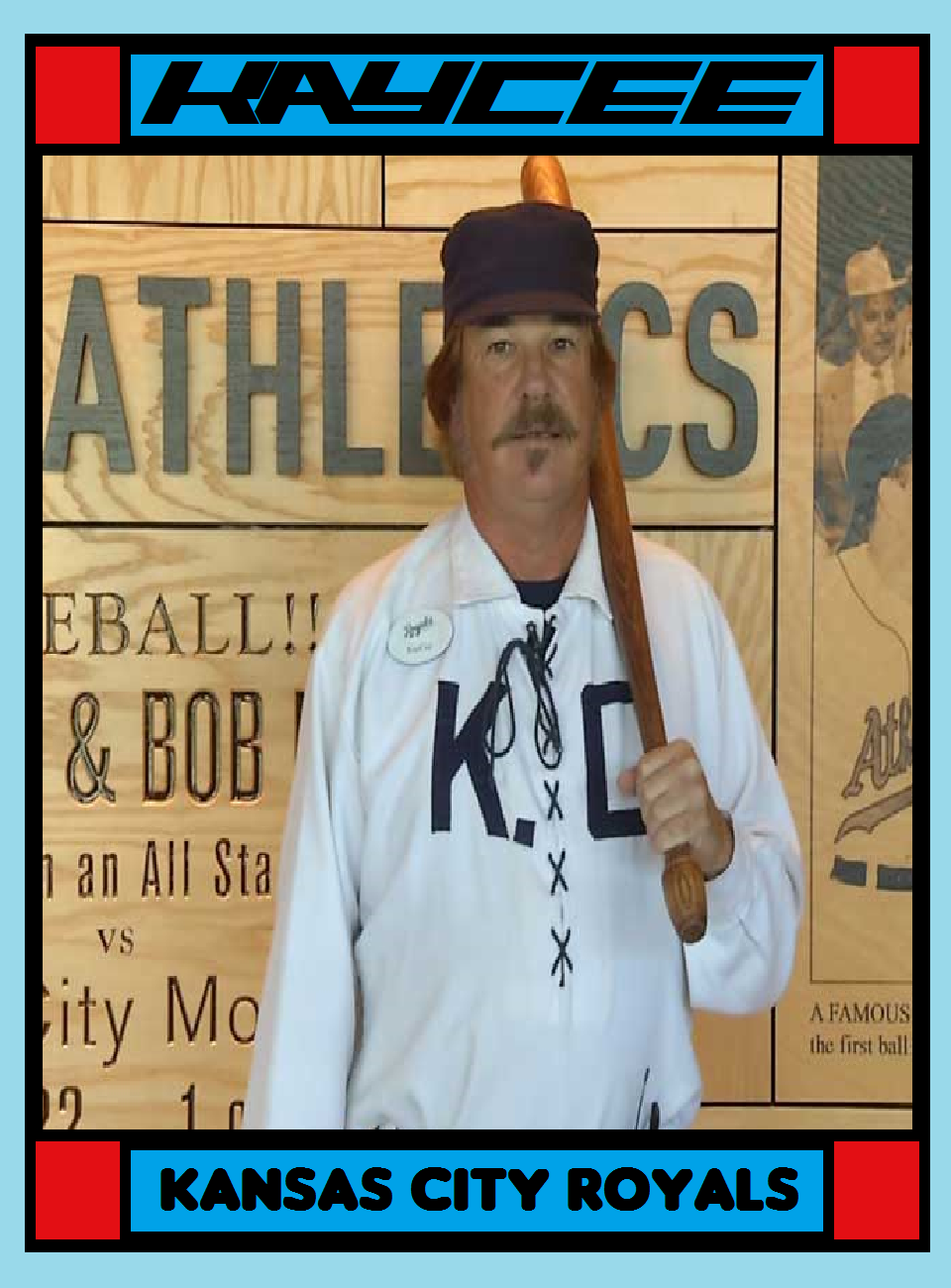 I thought I did a pretty good job with the cards, and if I printed them out, I would have made doubles to give each of them.  I like the design enough I may use it going forward.

So, have you ever had one of those days?  A day that seemed almost perfect?  I think I can say, yes, Yes I have.  Thanks for reading and have a great night.  If your team has a Caravan and you get the chance, check into going, it can be a lot of fun.