I've noticed this week I've been a little crankier than usual.  I can't give a definitive reason why, but its time to go to my happy place. 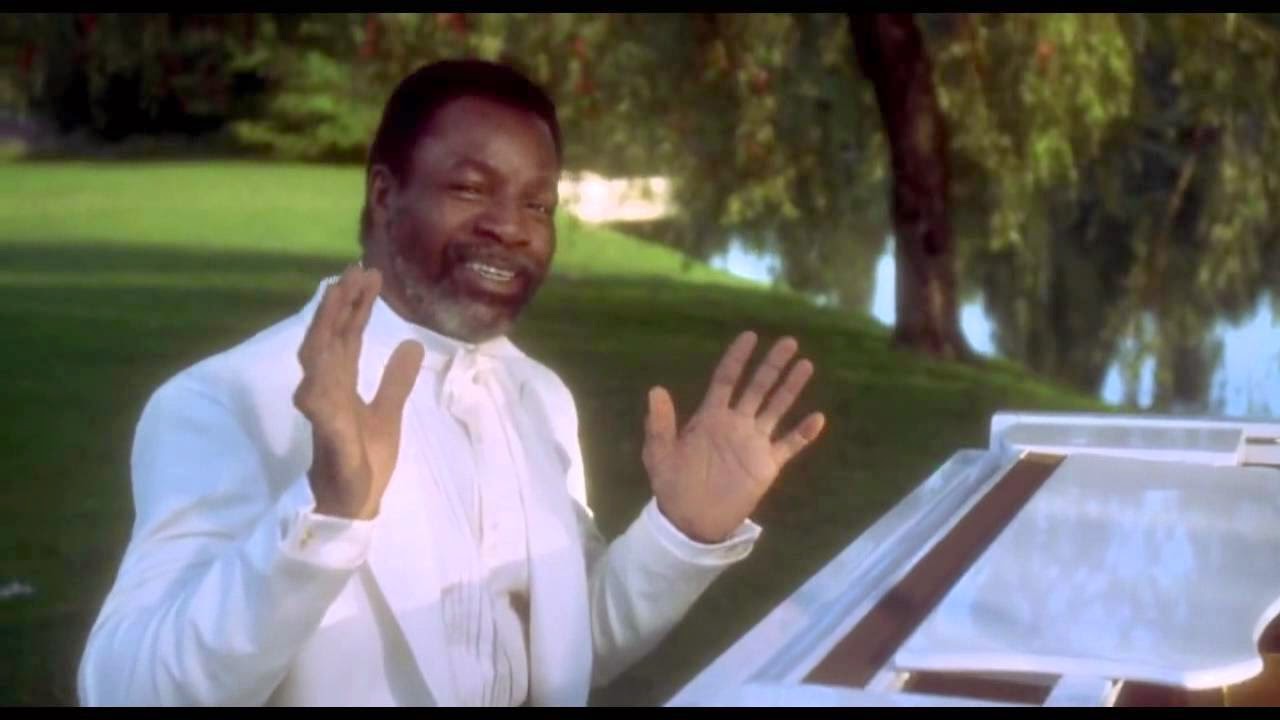 My happy place sends me back to the 90's a lot.  It usually involves watching 90's movies (sometimes Happy Gilmore), or listening to 90's music (Garbage is usually a good choice), and it usually ends up with cards relating to the 90s.

On this occasion, we will delve into my Mizzou related happy place.

In the 90's my main focus when it came to Mizzou was the basketball team.  I watched every game I could on TV, but in most cases it was listening to the games on the radio and watching highlights of the game on the news.  Doug Smith was gone by the time I started really getting into it, but I thought it was cool someone from Mizzou was in the NBA.  It even turned me into a Mavericks fan for a short spell (its not like I had a Missouri team to root for, the Kings were almost a decade removed from Kansas City).  I remember Anthony Peeler playing though.  He was one of the first players I followed in the NBA.  While Doug was in the NBA, I never kept up with him a lot, just hoped Dallas won.  With Peeler, I cared more about him than any team he played for.  For the most part, I still do that for former Mizzou players today.  Though I must admit I have kept up with the Atlanta Hawks a lot this year.  Jon Sundvold (shown here in the early 90's) will always be linked to being an announcer to me.  He is still to this day a great ambassador for the University, and another great success story coached by Norm Stewart. 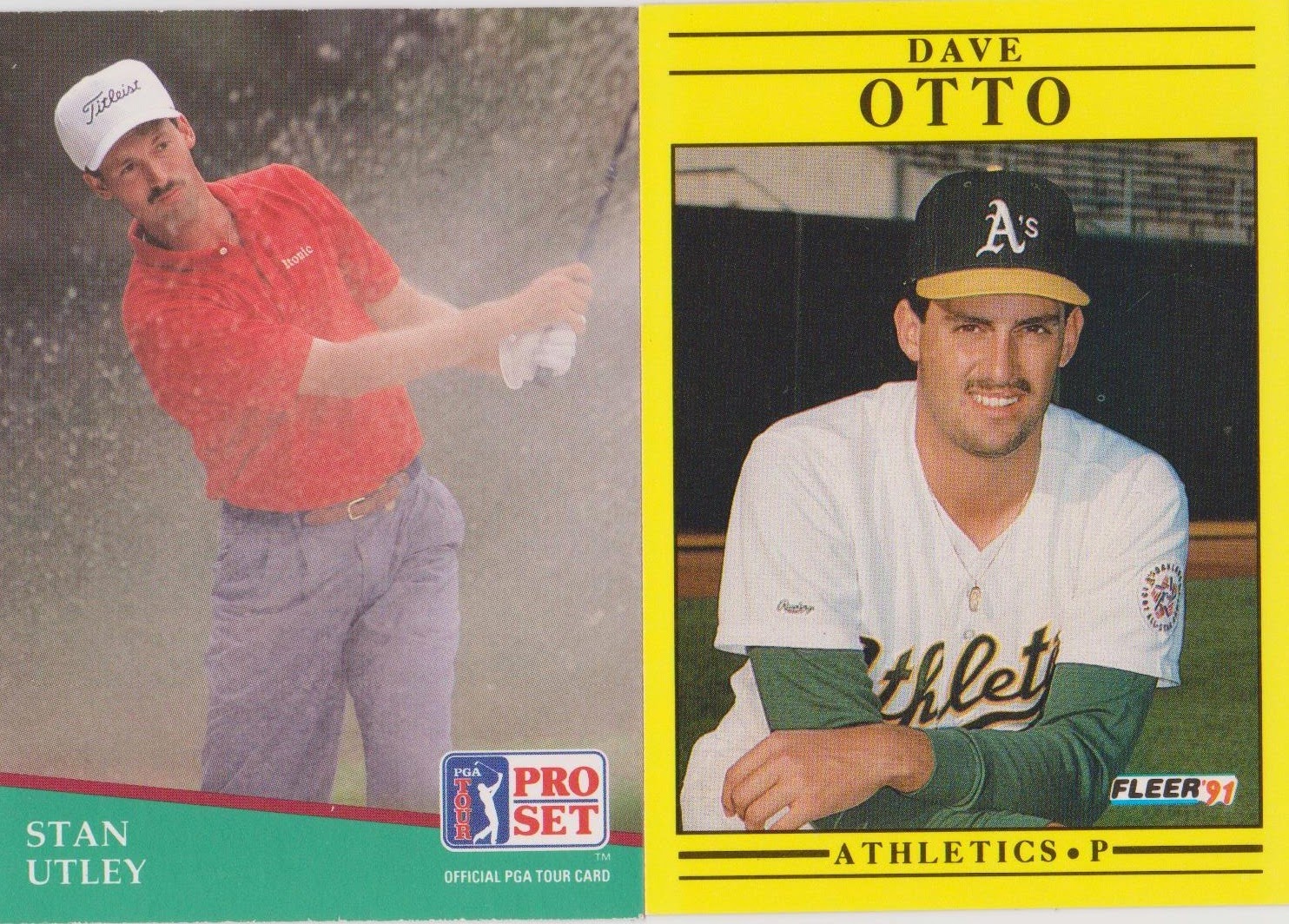 Stan Utley was one of the only golfers I followed ever really.  I did follow John Daly, but while he is from Columbia, he didn't go to Mizzou, plus I don't have any of his cards.  I don't plan on adding anytime soon anyways.  I thought Stan Utley had a golf course in Missouri but I can't find anything.  He was the first golfer inducted into the Missouri Sports Hall of Fame in 1995.

This Dave Otto card really belongs in the evil happy place that Adam Sandler dreamed about.  In my nightmare, all my cards will be turned into this 1991 set.  I think that's why I chose this one though. I never followed the baseball team at Mizzou (though one of the players visited my school once and I got an autograph).  Dave Otto has a cool name.  It reminds me of the Simpsons (so does this card in a way).  This was one of the first cards I remember having though, and I never realized when I was younger that he went to Mizzou.  It's part of my happy place for the same reason the Kevin Appier 1991 Fleer card is my wallet card- it makes me smile.  So it is part of my happy place.

Did I mention the football team kinda sucked?  Despite lackluster records, Mizzou had their moments.  Quite a few players made it to the NFL.  I liked watching for McMillan and Bailey play in the NFL though I never saw them play in college.  At the time, I was a Miami Hurricanes fan (which I still don't remember ever seeing The Rock on the sidelines).  The Mel Gray is thrown in because it seems like its an oddball card and released in the 90's.

The football team also had their heartaches.  The 90's decade began with a chance to beat the #1 team in the country- Colorado.  We had them on the ropes, but a 5th down allowed the Buffaloes to win the game.  Then in 1997, we had a shot at beat the powerhouse Nebraska Cornhuskers.  I still say the ball was kicked on purpose, but due to a kicked ball, Nebraska scored and Missouri lost.  Darn the luck.

Time to go back to my happy place. 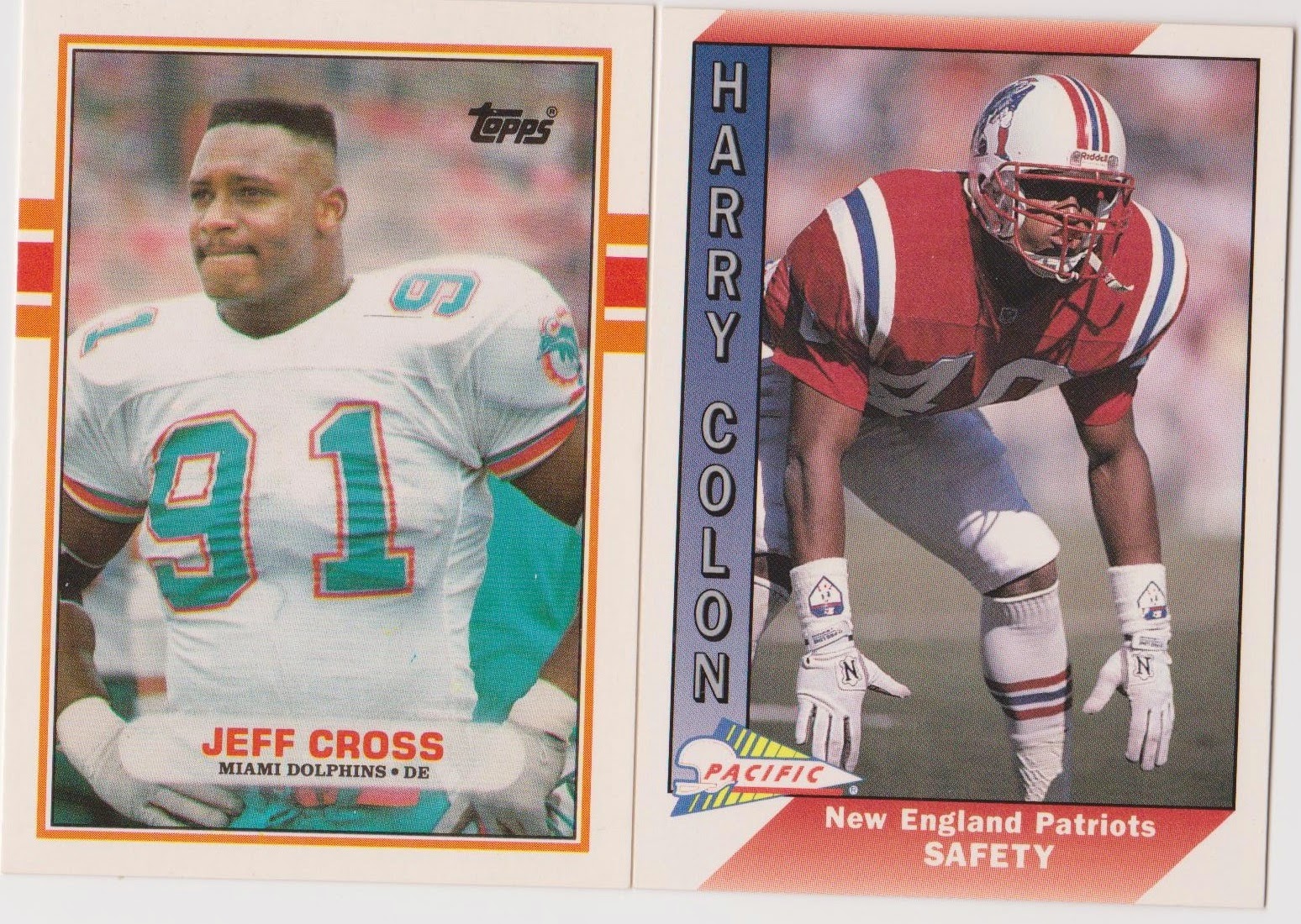 Remember Jeff Cross?  Here's what I remember most about him.  He was in Ace Ventura: Pet Detective.  His cameo is the only memory I have of him.

How could a guy named Harry Colon not send you to a happy place?  Like Mr. Colon, I also have a birthday on February 14th.  I've toyed with the idea of starting a 2/14 collection, but don't think I will at this time. 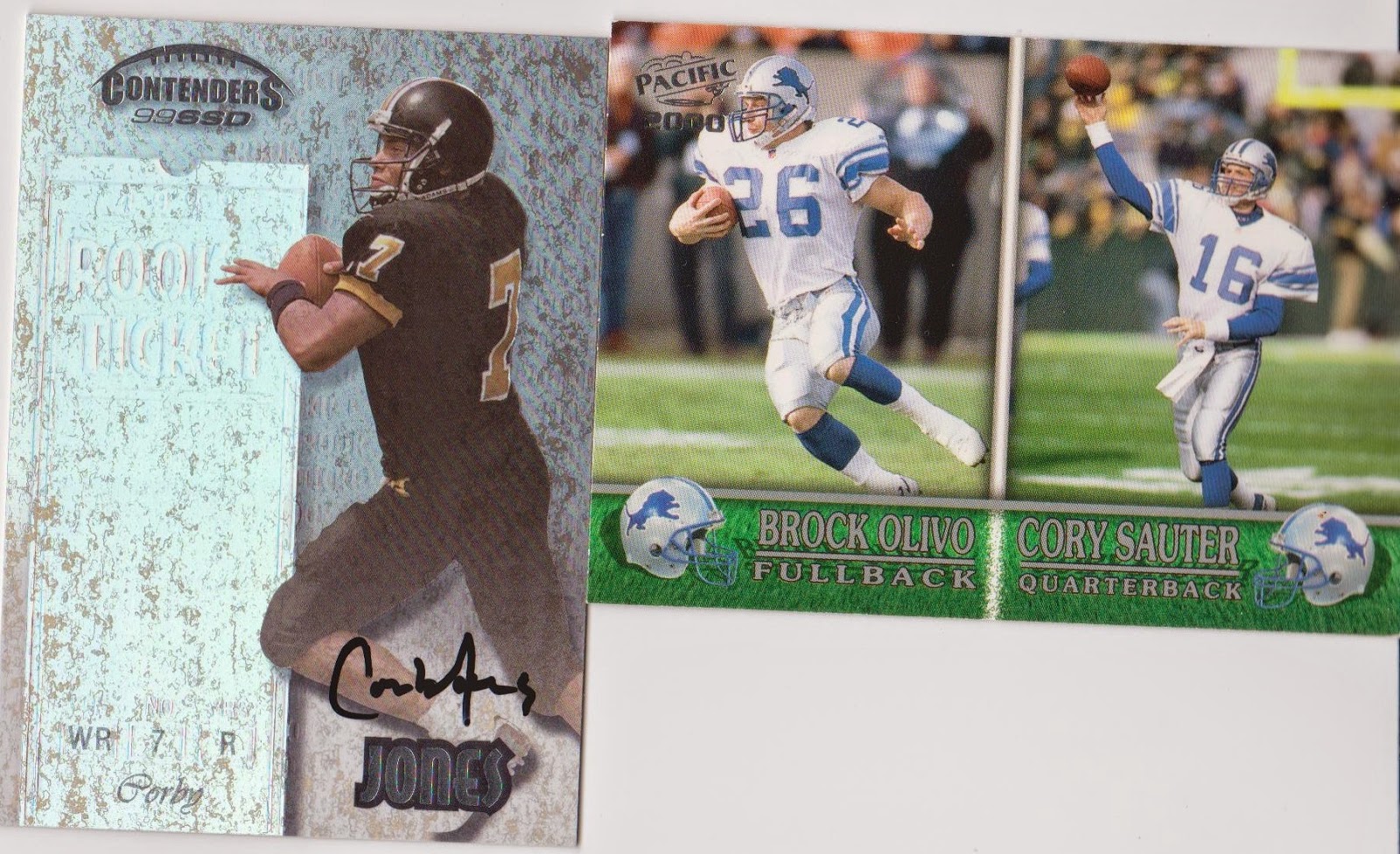 Heading into the late 90's, Mizzou started to get some of the pieces in place, and Larry Smith created some momentum for the football program (he deserves more credit than most people give him, R.I.P.).  Two of the biggest names were Corby Jones and Brock Olivo.  I seriously think if Corby was coached by Pinkel, he could have been as successful as Brad Smith, and the quarterbacks that followed.  Olivo had so much momentum at the University, I still remember one of the commercials for the football team in 1999.  BROCKY IV!  He's running up the steps and all.  I followed the team a bit at this time, but didn't expect much from them.

I guess I'll stop there, I'm feeling better now, and all it took was a trip to my happy place.  I might need to go there more often.  Thanks for reading and have a great night.