My previous post was guys who I excluded from my list, so check it out if you haven't and see the reasons behind them.  This one will be about my ballot if I had one.  Let me state something too real quick, don't confuse these posts with my Card Hall of Fame posts which I hope to be restarting again real soon.  I didn't plan to abandon it, it just happened.  Okay, here is my top ten, in no particular order (I think it doesn't matter, if not I might adjust them at a later date. 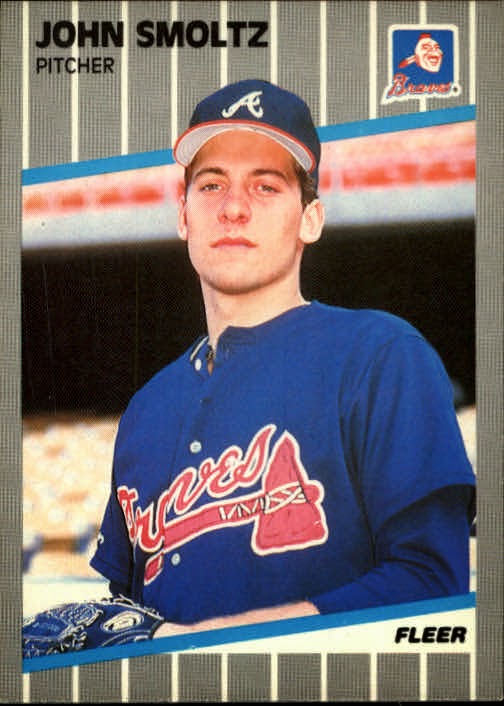 Sure, the same argument for the non-inclusion of Randy Johnson could be made for Smoltz, but the 90's Braves were a dynasty, and Smoltz was a big part of that.  Sure I'm also bias because I like Greg Maddux so much and its possibly a case of guilty by association, but I think its safe to say nobody could disagree that both Johnson and Smoltz both deserve to go in, so its a moot point. 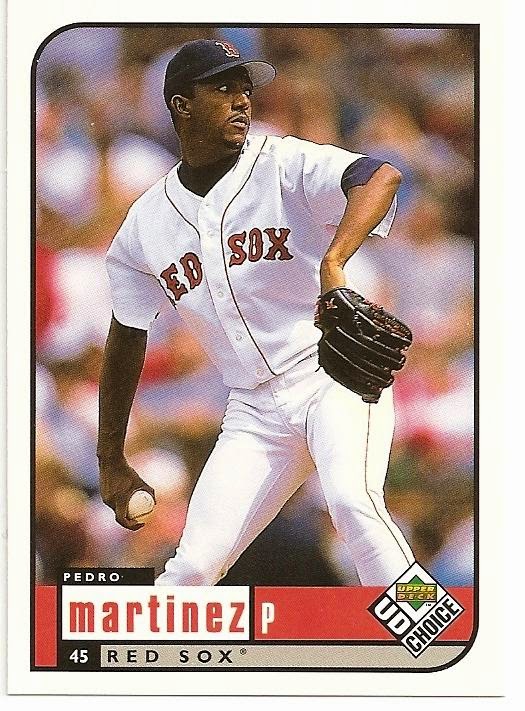 Yes, another case of playing favorites, but I think while not everyone would agree (I'm curious who those people are), Pedro deserves to be in the same breath as Randy and John.  Sure moments like the push of Don Zimmer will cost him votes in some people's eyes (which by definition is something to consider when considering who to vote for), but I don't think he's a lock as much as the other two.  From a personal standpoint, if I did fantasy teams in the 90's and early 2000's, I would likely pick Pedro first among the three, he may not have been as dominant, but he seemed the most consistent.

Next will be one that will be argued.  Let me state, this is my personal votes, and I think he is very underrated. 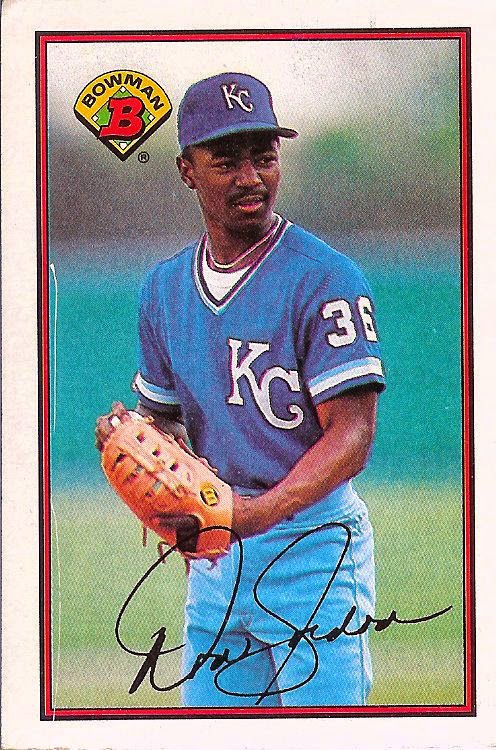 Anyways how could I pass up a former Royals player (if I did, that would be two I would pass over).  Tom Gordon played a long time.  Maybe not Jamie Moyer long, but still longer than most current day guys.  He was an all-star at 38.  He fell off after that, but he started in the majors at age 20 in 1988, and played his last game in 2009 at the age of 41.  He was an all-star 3 times in total, and was in consideration for Rookie of the Year in 1989, and a MVP candidate in 1998.  Sure I am bias because he played for Kansas City and Boston, both teams I like, but for no other reason, I want people to look at his stats and his career and give serious consideration.  Is he in a class of Randy Johnson?  No, but should he be eliminated for lack of votes because of it?  No.  He should be looked at seriously and then if people don't feel like he should be in, so be it. 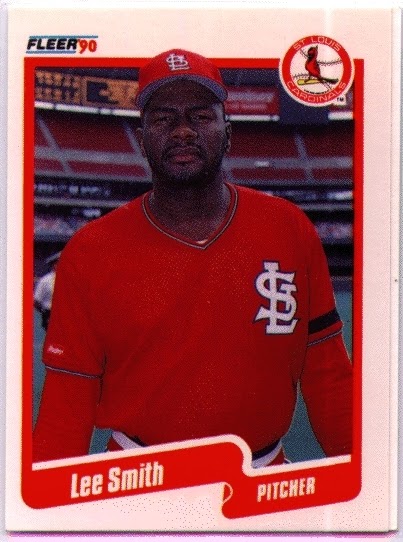 I didn't realize my list was so pitcher heavy.  Lee Smith often gets overlooked, and its a shame.  Relief pitchers in general are often overlooked and it confuses me.  The same people making a case for John Smoltz's inclusion because after being a starter he became a lights out closer, are the same one who dismisses other closers.  Relief pitching is different today then in the 80's and even the 90's.  Today relief pitchers go 1 inning, two at the most.  In previous years, they would go as long as they had the stuff. I might have a higher stock in Smith because I saw more of his games than other relievers, but he was a lot better than most give him credit for.  Unlike the Gordon pick, I believe 100% that Lee Smith deserves to be in the Hall and he didn't knock off anyone on my list so you would reconsider. 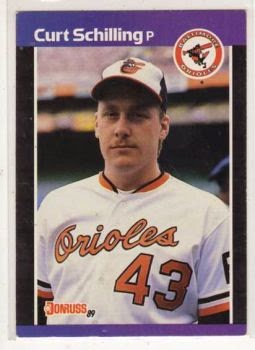 Again, I might be showing favoritism, but I think Curt belongs in the Hall.  Part of the reason he might not make it is because of the era he played, and the talk about using PED's.  While I don't hold him on a high pedestal as I once did, I still think he deserves a plaque in Cooperstown.

Let's switch to some position players shall we? 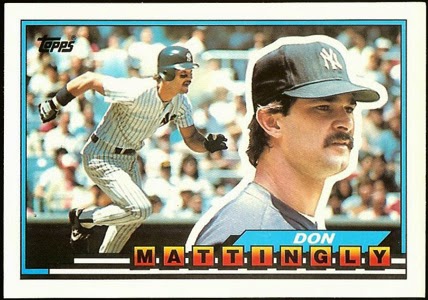 I have no idea why he isn't in yet.  He played for a high profile team, was one of the most recognizable players during his days, and his stats aren't bad either.  At first it might seem like the easy way out to just let him not be elected so one of the other committees can send him through more easy, but the way the voting has been lately, I could see him slipping through the cracks that way too.  At the least, he needs votes just to be considered by other committees. 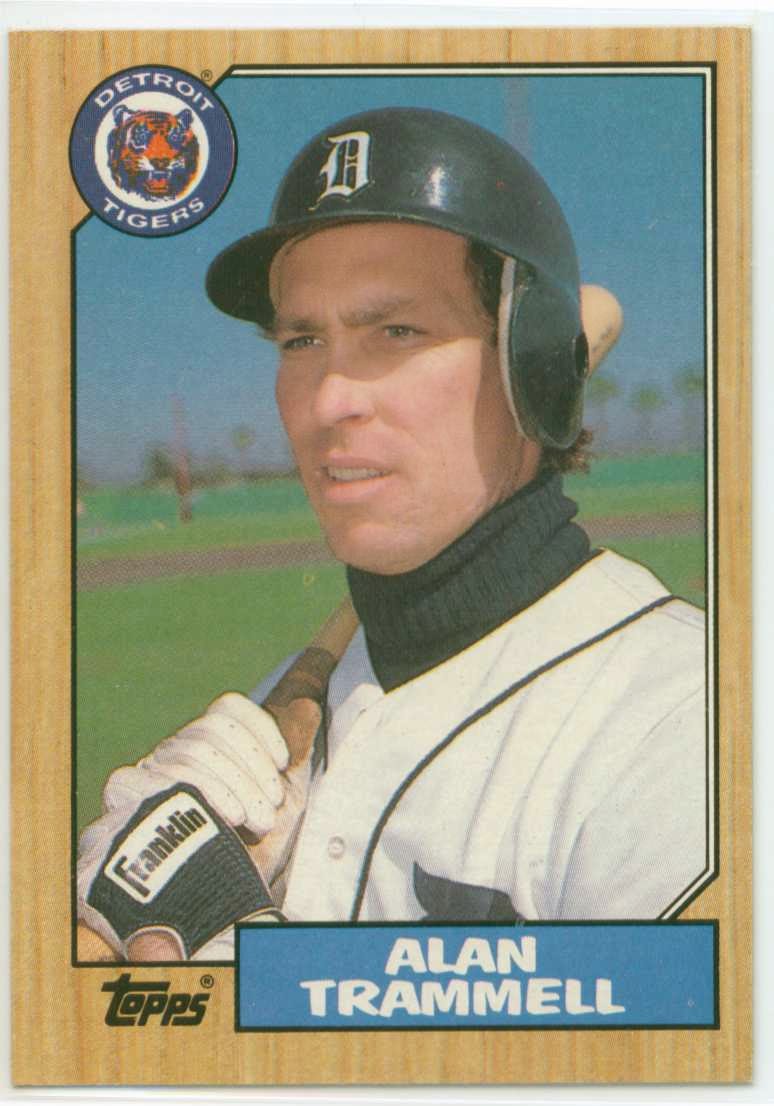 Speaking of overlooked, Alan Trammell is severely overlooked.  Those Tigers teams he was on was no joke.  For some reason, none of them have an easy time being inducted, and its a shame.  A travesty might be a better term.  His time is almost up to be put through, and it looks like he won't make it, but at the very least I am throwing my support to him.  Even as a rival fan who never got to see his best days, I can still respect his ability.

I have 3 picks left, and these next three are ones that will spark a debate.  The easy way out for most of the voters is to say players who take PED's or have been rumored to take them have no spot in the Hall.  If everyone in the Hall was clean, and were perfect, than I could accept that.  However I can't for a few reasons.  I once agreed, and to this day I won't choose McGwire or Sosa to be inducted (McGwire just because I don't like him), but you have to look at the era itself.  By the time the 90's came, substance abuse was already rampant in MLB, alcoholism was always a problem.  Then in 1994 came and no World Series caused a lot of fans to turn off MLB.  Steroids were in MLB before that, but after the strike, MLB needed anything to recapture the fans.  MLB itself turned a blind eye on steroids to gain ratings (and it worked during McGwire and Sosa).

I say this because as a result of McGwire and Sosa battling for 70, MLB became a circus.  It became entertainment.  I've said this before and stand by it.  Sports today is purely entertainment.  Sure there are pure athletes and I applaud them, but even with them, sports has evolved (or devolved) to a point where marketing plays as big of a part of the games as the game itself.  Don't get me wrong, I still enjoy it, but its not the same game it was.  As a result, its time to address it as such and include people who may have gained an upper hand as a byproduct of regaining an audience.  I hope serious drug testing will allow more pure athletes to re-emerge, but the era where steroids were rampant can't just be swept under the rug.  If you want to single them out in a special section, so be it, but don't exclude them for entertaining, which is what MLB allowed to regain an audience. 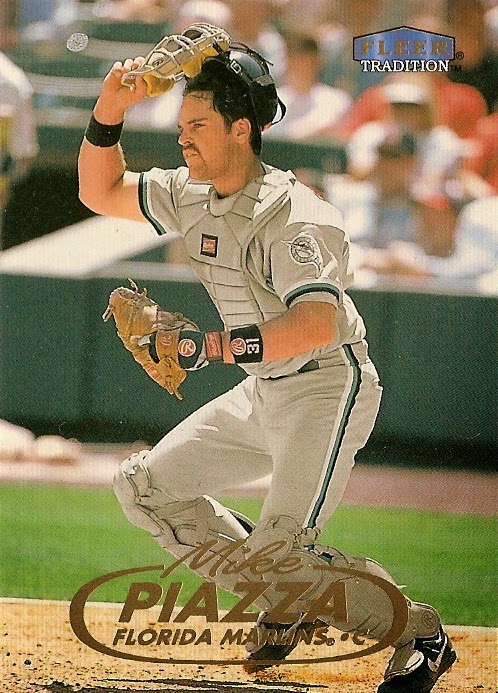 Was he clean or no?  I can't say, but I never believed he used anything.  He was one of the best catchers of all time, and should be included in the Hall. 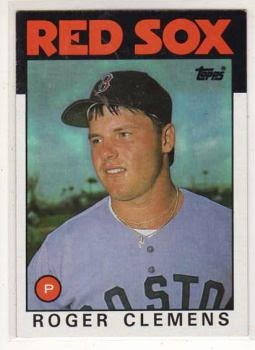 I can't stand Roger Clemens.  I really can't.  It's not just the steroids, I forgave him for that long ago, I just don't like him.  However, when he pitched, you would be a fool not to watch.  I would put him on level with Smoltz, Pedro, and Johnson, but I can't say how much steroids played a part.  However, as I stated earlier, baseball was entertainment and he entertained.  If you want a clean hall, then don't vote, but don't discredit him by thinking he wasn't talented.

The final choice is one based on personal preference, entertainment value, ability, and other reasons. 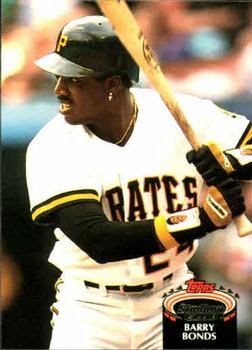 I always liked Barry Bonds and always will.  Is he cocky, brash, egotistical, and many other adjectives?  Yes, but he entertained.  The same people (reporters mainly) who loved Mark McGwire hated Barry Bonds.  The only difference was McGwire talked to the media and Bonds didn't.  At the very least, Bonds showed he didn't care about anything besides baseball.  McGwire tried to play everyone by being someone he wasn't.  He loved the game too, but he hid behind it too much.

Look at this card of Bonds.  Now think of his Giants years, especially his later years.  The thing a lot of people discredit is the fact that Barry was talented before he took steroids.  He was a future star, a blue chipper.  Just his numbers before taking steroids was enough for him to be considered a spot in the Hall.  After steroids, he entertained, just like MLB wanted.  He even became as some called him an "anti-hero" to those outside of San Francisco (I'm sure even to some in San Fran).  He created buzz, he created attention, he created water-cooler talk, just what MLB wanted, and now they turn their back on him.

I know everyone won't agree with my picks, and I'm okay with that.  Some as I admitted were picked because I liked them or wanted to be strongly considered, but for the most part, they deserved to be included.  So who didn't I mention that is nominated?  That list looks like this.

Edgar Martinez- a good player, but is it time to include a mainly DH player in the Hall?
Mike Mussina- tough to exclude, but I didn't have the space.
Jeff Kent- I didn't see enough of him to decide one way or another.
Fred McGriff- The Crime Dog was good, but again, tough to pick 10.
Mark McGwire- as stated, it was mainly my dislike of him.
Larry Walker- I considered him, but felt his numbers were inflated due to playing in Colorado.
Sammy Sosa- Wasn't a fan, and one year doesn't make him Hall worthy.
Gary Sheffield- I'm not as high on him as most people, but a solid player
Brian Giles- Do I need a reason?
Nomar Garciaparra- I like him a lot, but felt he didn't play long enough or consistently.
Darin Erstad- Good player, but not Hall great.
Jason Schmidt- middle of the road in my opinion
Cliff Floyd- another solid player, but not hall worthy
Rich Aurillia- see Jeff Kent
Troy Percival- nope
Aaron Boone- nope
Tony Clark- nope
Eddie Guardado- um....ok

I hope a lot of these who don't make the 75% are considered.  People I passed up like Bagwell and Biggio will have a great chance next year to make it.  The next couple classes seem weaker so if some of these guys can hang on, then they have a shot.

Thank you for reading, and don't stop reading if you didn't agree or were outraged at my picks.  I'm not paid to watch baseball, which is why I'm not a voter.  Even if I was, I'm sure this ballot is a lot better than theirs.  Have a great day, and let me know who would be on your ballot.  You don't need explanations, just a list in the comments.  10 is the max.

I can't wait to see who makes it in.