Don't call it a comeback

It was a typical day in Buffalo, New York.  Typical for a January day at least.  The year was 1993 and the Buffalo Bills had made the playoffs yet again.  However, on this day, their starting quarterback, Jim Kelly, was injured and Frank Reich was told to take the reigns.  After a dismal first half, all hope was lost. 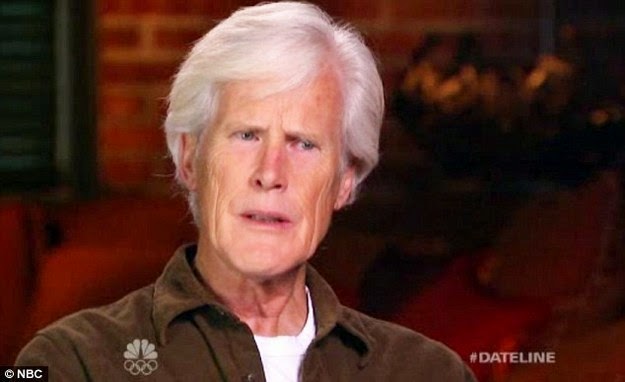 (you can stop using the voice-over now)

I wasn't going to post today, but I realized the date.  Very few games will I include in favorite games ever.  Even rarer is the fact that a couple games I can credit as making me a fan of a sport.

This was one of those games. 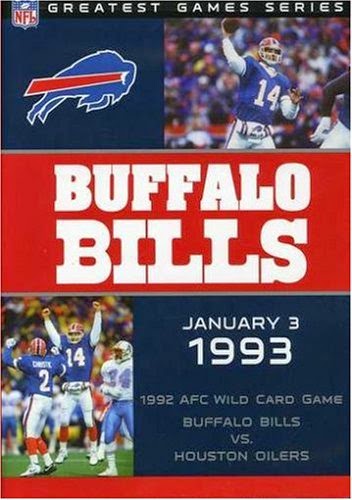 I remember a few things about the day itself.  I lived out in the country and was in the living room while the game was on.  I can't tell what my sisters or dad was doing, but my mom was in the kitchen working on a puzzle.  I had my football cards out and lined up not paying a lot of attention to the game.  As a matter of fact, it was more noise to me than anything.  At the half it was 28-3 Houston was winning.  I remember watching games before, but they didn't capture my attention.  This one didn't either until after halftime.  Down 35-3, that is when the Bills made a comeback. 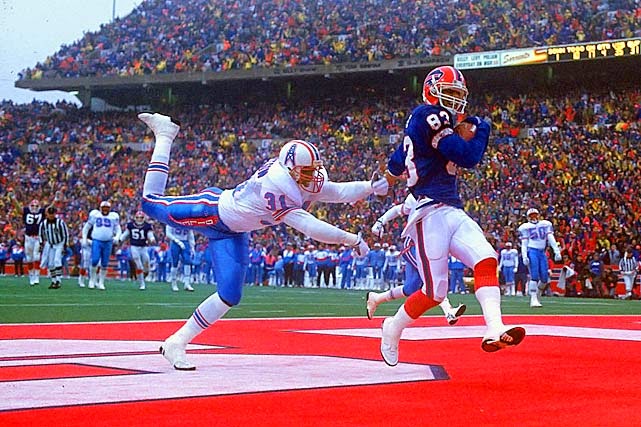 Even without Jim Kelly at quarterback, Buffalo had Frank Reich at quarterback and started to make noise, and my head popped up. As the game progressed Thurman Thomas also got hurt, and it seemed like the impossible wouldn't happen.

As Buffalo made a comeback, the announcers noted that Reich almost a decade earlier lead the largest comeback in college football history.  Could he do it again?

Late in the fourth, Buffalo actually took the lead.  Houston tied it with a field goal to send it to overtime.  In overtime, Buffalo made a field goal and won the game. 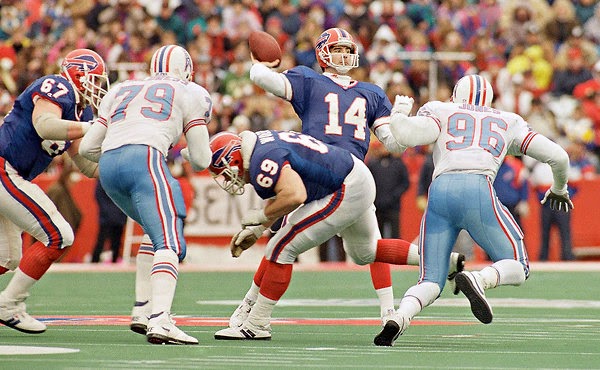 I had seen games before, notably the Derrick Thomas seven sack game, but it was this game more than any that I credit for me becoming a fan of football.  Buffalo became a team I would root for too.  I still do somewhat but not a lot.  Back then I rooted for all the underdog teams like New England, Tampa Bay (which I rooted for until this year), and Buffalo (though making it to 4 straight Super Bowls aren't really underdogs).  My favorite was the Chiefs of course, and they are now too.

I really don't know how to wrap up this post, so I guess I'll stop there.  One day I will buy a copy of this game, and it won't be as good as it was when I was a kid (I saw it a few years ago and wasn't as impressed), but that's why you have childhood memories.

Thanks for reading, have a great night, and if your football team is still in it, I wish them luck.  Except Pittsburgh, I just don't like them, lol.