My last post had the first part of my COMC Boxing Day package I got.  Here is some more.

What better way to start than a trio of Maddux's (or is that Maddye's). The middle card is a 2014 Topps Museum Collection card and is thicker than the others.  One of the few cards I spent over $1 for, but I'm not mad.  On the right is an O-Pee-Chee I needed, and on the left is a Topps Black Gold card.  I never cared for the Black Gold cards, but as a kid I never have many. 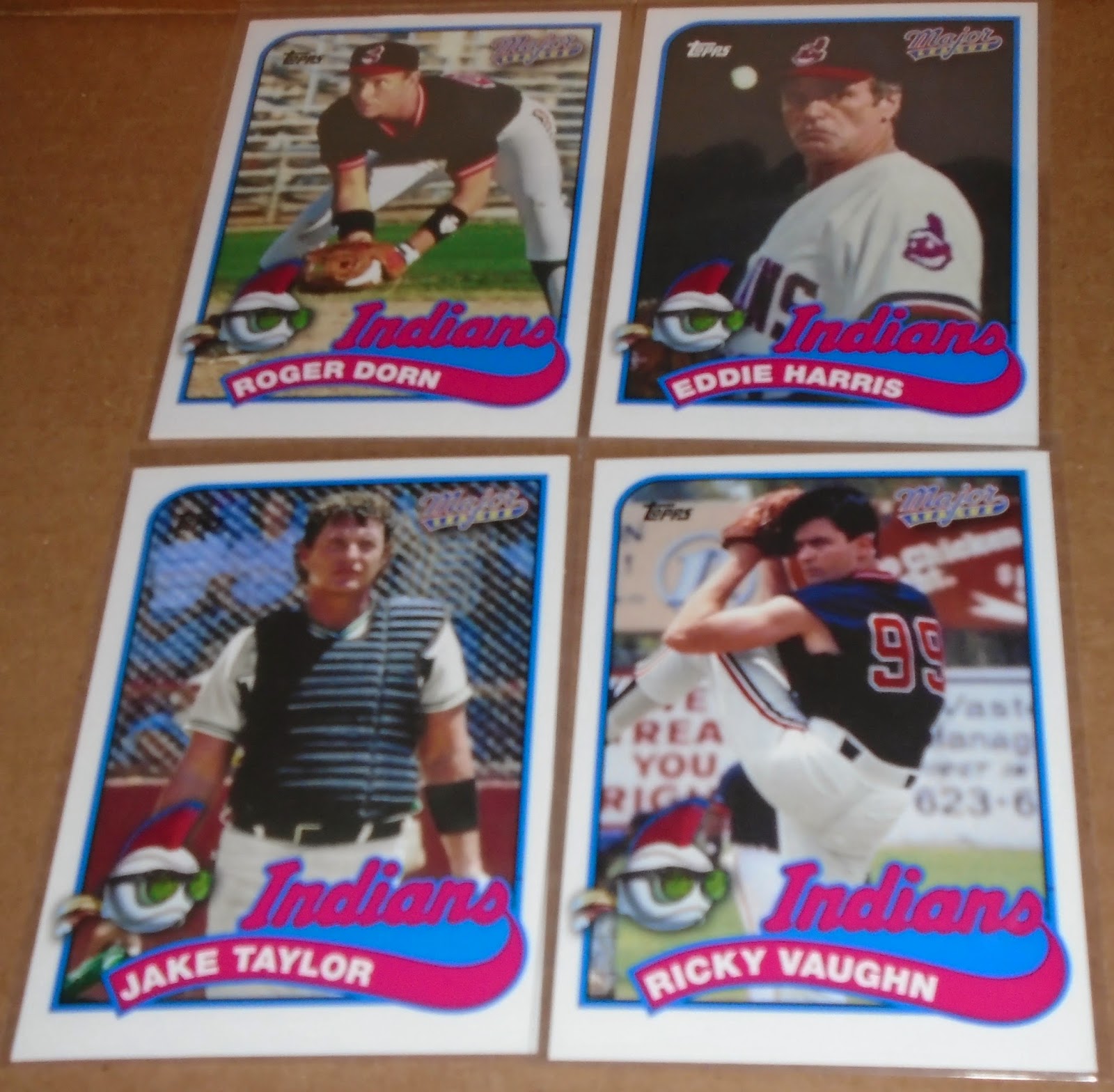 "I thought you didn't have any high priced talent?"

These cost a little more than I should have spent.  In the end I didn't save much buying them separately than I could have buying a pack off the Topps website, but I still got the main four.  While the Charlie Sheen card cost the most and the last one I got, I think I like the Jake Taylor card the most.  It was the first one I bought, and as it turns out, Tom Berenger went to school at the University of Missouri!  It has me thinking about buying an extra one to add to my Mizzou collection. 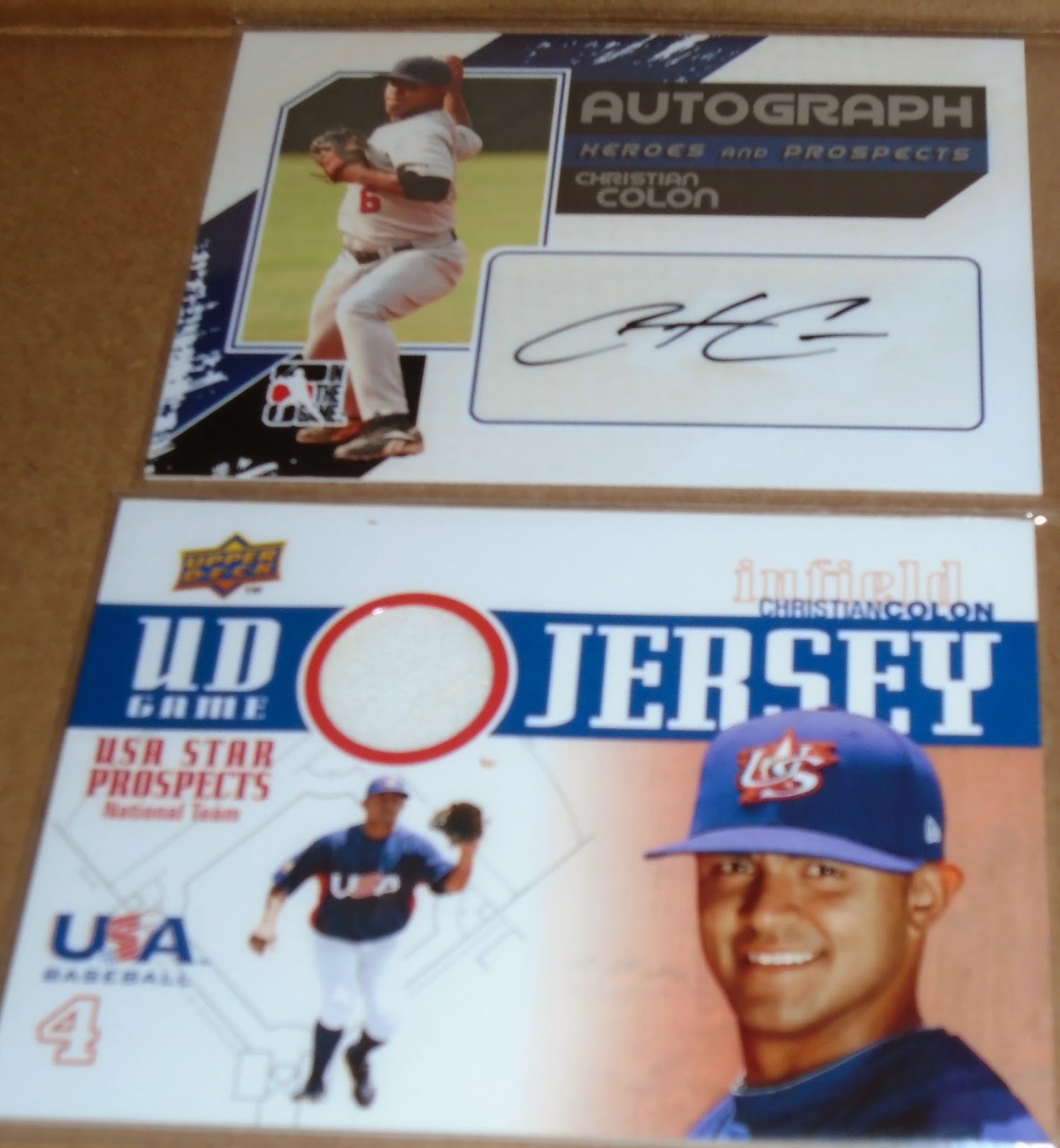 At this point Christian Colon better produce.  I've heard about him more than any other Royals prospect, and I hope to see him in the majors soon.  I decided to go ahead and get the autograph card and a memorabilia card out of the way so when he does hit the big time, I'll be set.  I like the Jersey card because I already have a couple others like it, and I'm use to the design. 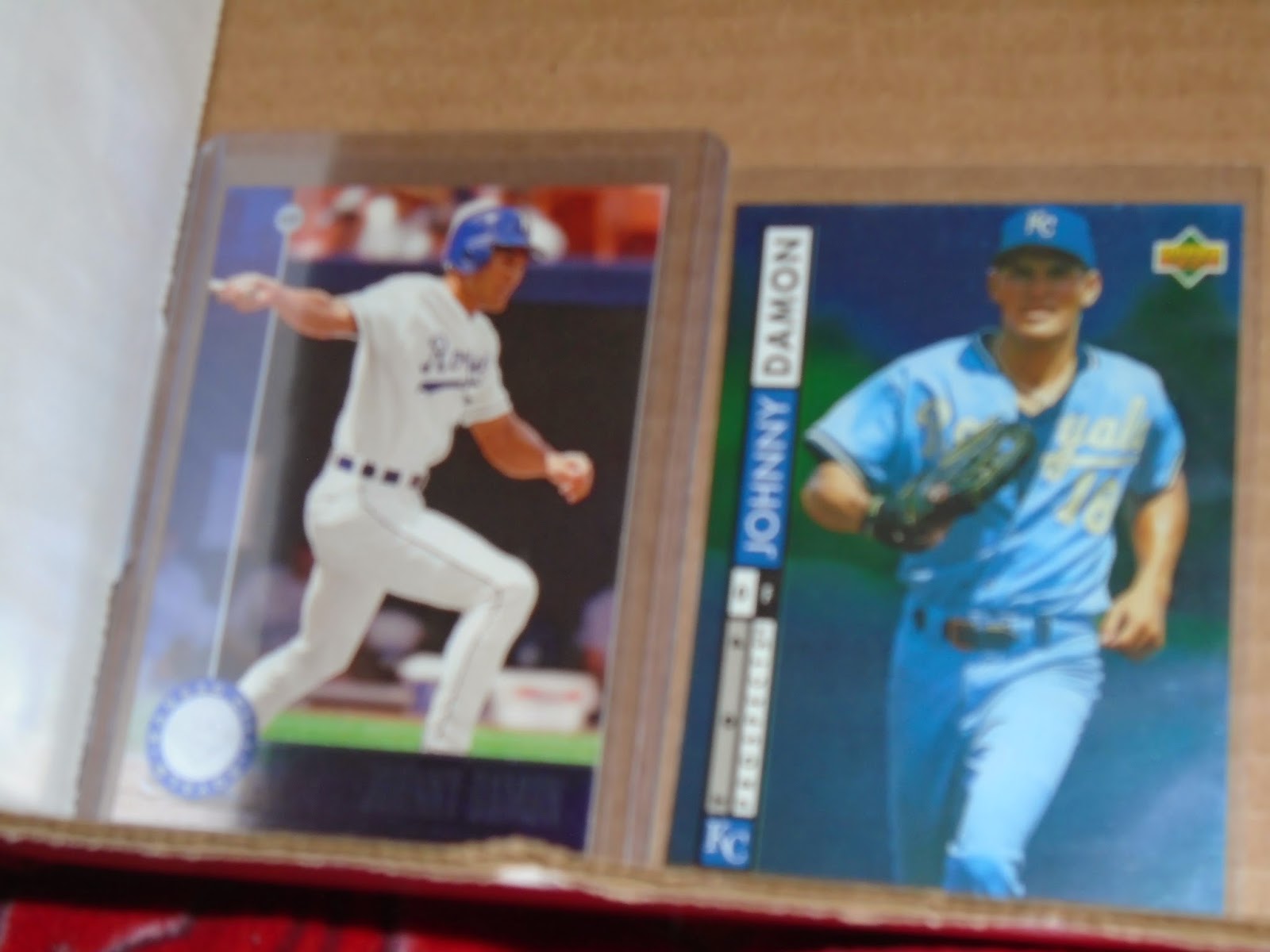 What would a purchase be without some Johnny Damon cards?  I'm hoping he steps up on Celebrity Apprentice soon.  From the looks of the first episode, he is still loved in New York.  The card on the right, I bought two of.  I've tried selling this one for a few months, but got tired of selling it so I just had it shipped.  It might end up in a card package to someone some day. 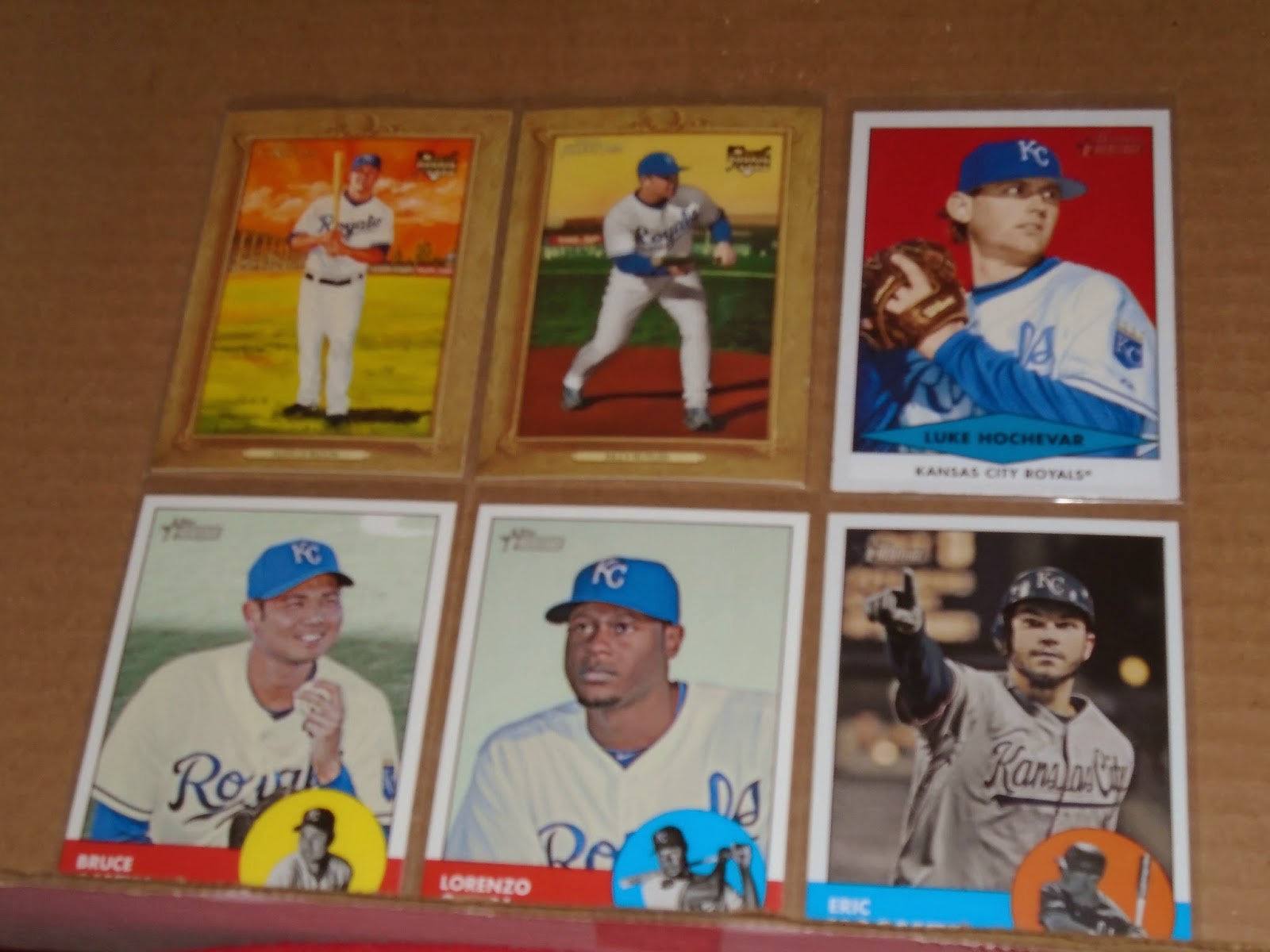 Turkey Reds?  You can tell I'm becoming a team set builder.  These were cheap enough even I couldn't pass up.  The Hocheaver was also cheap so I picked it up.  It might have completed a set.  The Heritage cards puts me closer to finishing the set, but still missing 2-3 cards.  I hope to get them soon.

It's the colors of the wind!  I needed all of these (yet another Hunter Dozier), but the latest card I got was the Billy Butler card.  A neon orange border is not one I expected to see on baseball cards, but it is a lot nicer in hand then a picture indicates.  Under a buck too.

FINALLY!  The Gary Gaetti might be the card I am happiest with getting.  I'm serious.  It was the only card I was missing for months, and looked everywhere for it cheap.  No luck on blogs, no luck on Just Commons, ebay didn't work, and never saw it on Listia, so I finally got it in December.  Spending close to .75 I think, I overpaid, but I finished a set.  Oddly, the Brett of the same set I had for a while, and was cheaper.  The Ultra Brett card might finish that set too.  The Hamelin completes that set as well.  Not bad, so I can finish some sets (by the way I've complete 13 sets since Christmas).

We finish up with these three.  The Jake Odorizzi card I forgot I needed.  I really like the Masterpieces cards, I think that finishes the team set.  The Yordano Ventura card almost finishes up the Donruss set too.

I think I did pretty good overall.  It might be a while before I buy on there again, so these should hold me over.

Thanks for reading and have a great day. Just an update, I plan on shipping my laptop off some time next week, so once I do, I won't post as often for a while.  I will work on my sets a bit more hopefully completely organizing them and working on other things like my Greg Maddux and Mizzou collections.  I will still have my desktop, but don't plan to be on it as much.  Anyways, I hope everyone has a great weekend.