I'm sorry for lack of updates.  My plan when I got back in the swing of things was a post at least every other day.  To be honest, I'm not back in the swing of things.  I am getting back in the routine of checking out sites, but not as often as I have in the past.  Part of it I think is because its the holiday season, and part of it is because I got hooked on playing card games on the computer while I wasn't online, and still have been playing a lot.  I'm sure it will be out of my system soon.  I still haven't touched my scanner, but I thought I would post a lot I won on Listia a couple months ago that I scanned last month.  Oddly enough, I haven't been into Listia as much as of late, but I figure I'll start winning stuff again soon.  In the meantime I do have a few random lots to show off, here is one of them. 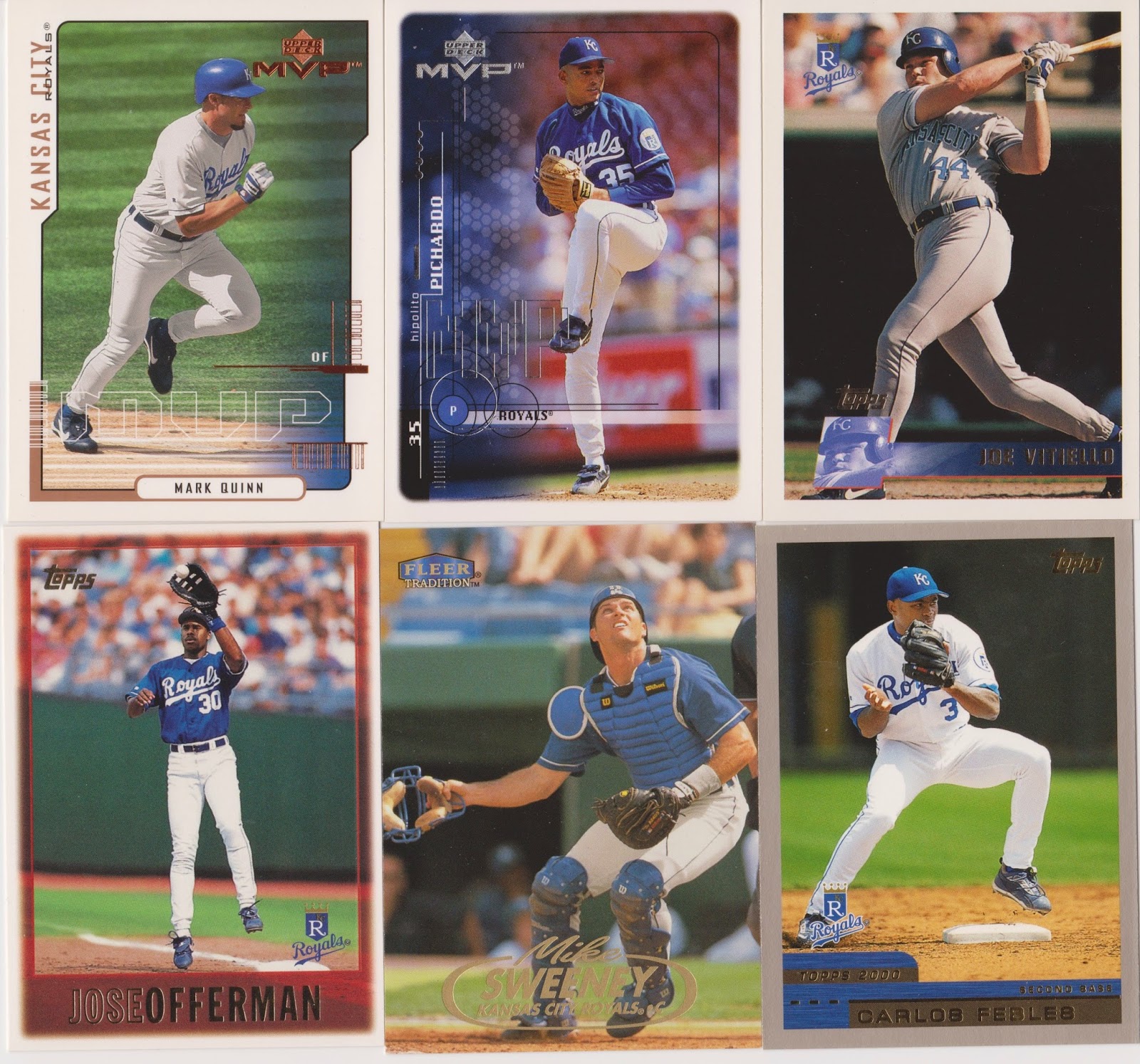 I spent 499 points on this lot.  Looking back, I'm not sure what my mindset was in bidding on these.  None seem to be cards I needed to complete a set.  That's to say I didn't need one more card to complete a set, I believe I needed all these cards.  The last few days I've passed up a few similar auctions such as this so maybe I was just in a buying mood.

Mike Sweeney as a catcher on a card is appealing to me.  I don't think I have (m)any.  The other two that possibly got me interested was the Topps 2000 of Carlos Febles, which I think the 2000 set was pretty nice and underrated (much better than the 2001 set).  The other card is the Jose Offerman card.  I remember having this card at one point, and its another set I liked too.

Looking back I guess 499 points isn't too bad.  I now need to catalog these and keep working on my collections.  I hope to have an update soon on that front.