Yesterday I showed off some cards I got recently from Just Commons.  Here is some more. 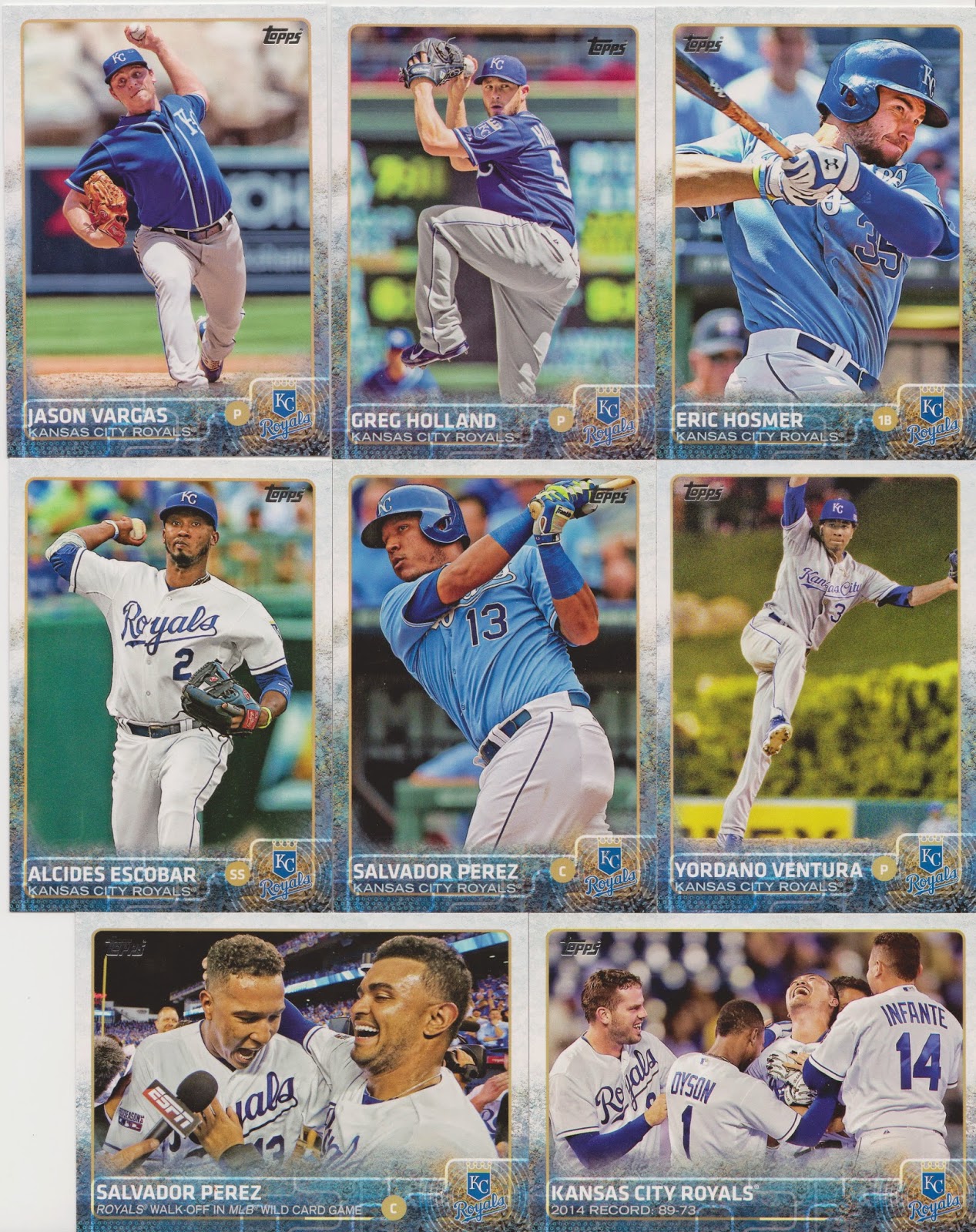 I forgot to show these yesterday, more 2015 Topps.  It didn't finish the set, but as I said, I'm not in a rush to do so until after series two comes out.  I like the Perez card (bottom left) the most.  It will be a longshot but I might take them to the game I go to in a couple weeks to get signed. 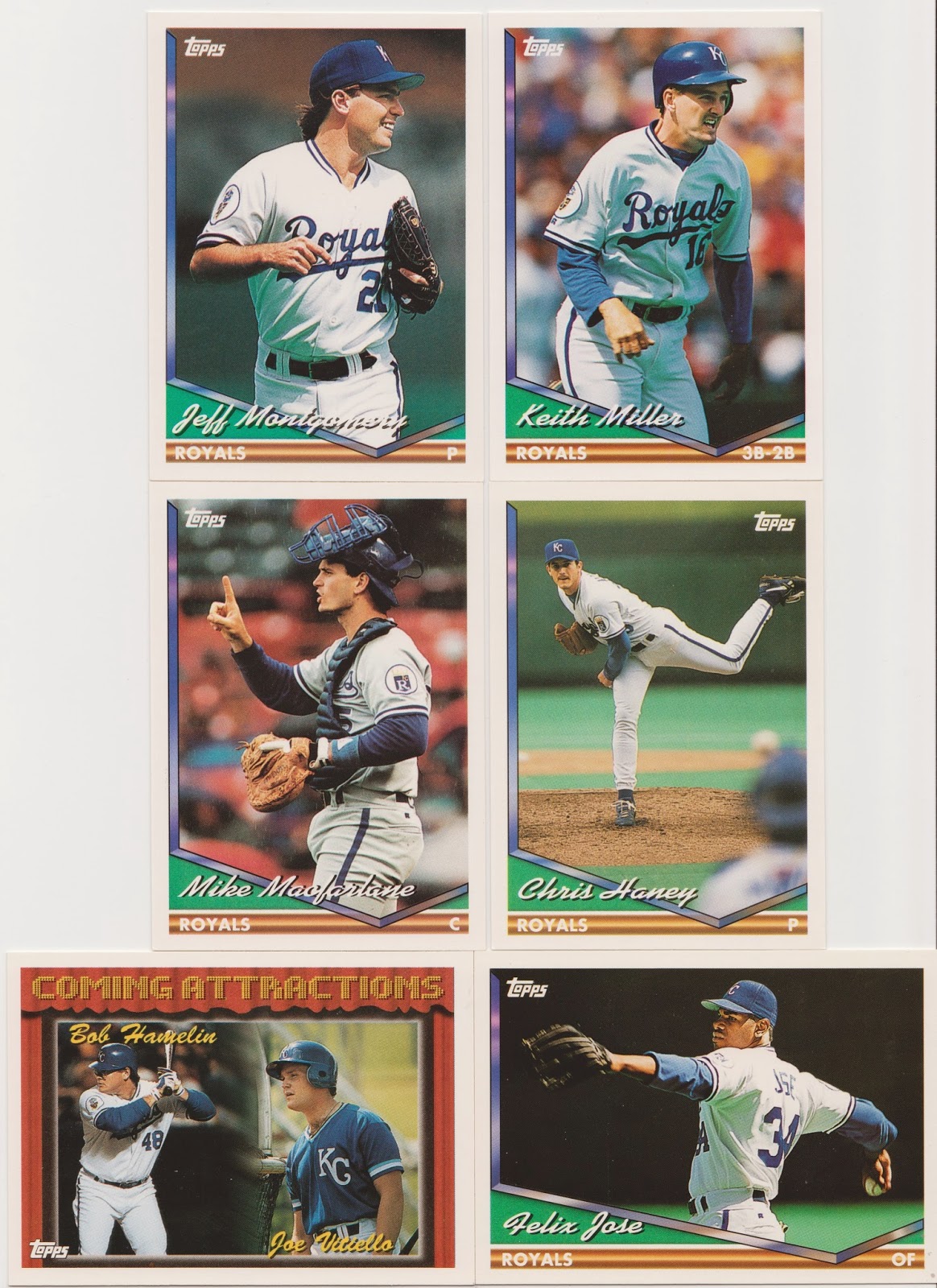 1994 Kansas City actually had a good year too.  Maybe they wouldn't have made the playoffs, we'll never know, but it was a good year.  These cards are from 1994, and I could have swore I had the Haney and the Hamelin rookie card, but I guess I had so many the first time I collected, their images are itched in my brain.  All names I remember, so I can't pick a favorite card, though if I had to, I'd give the Macfarlane a slight edge. 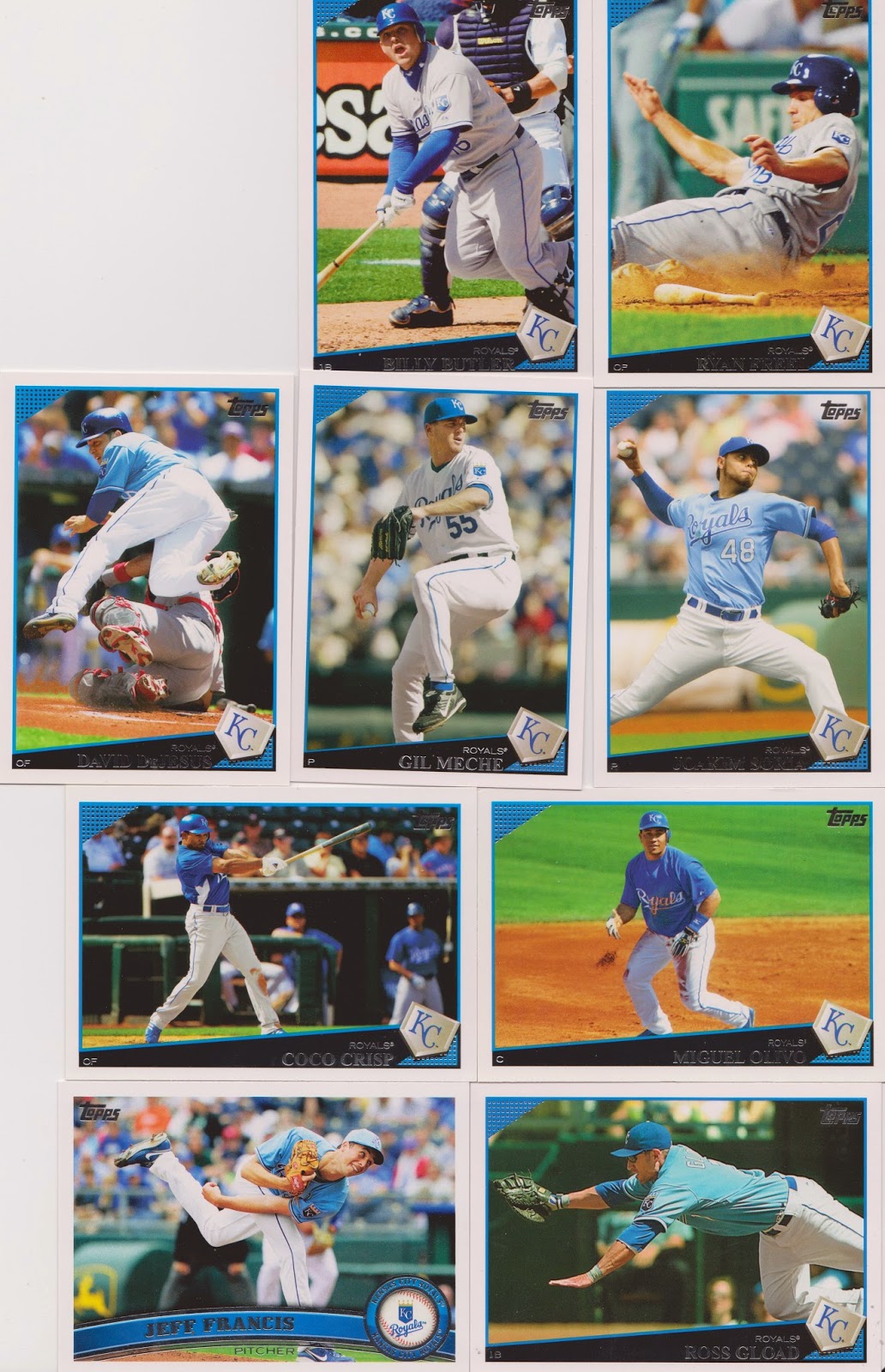 After I got back into card collecting, these two sets were released.  I'm glad I like the designs so much.  Bad designs might have stopped all this before it even happened.  It is nice to have a Gil Meche in a Royals uniform since I don't think I had any. 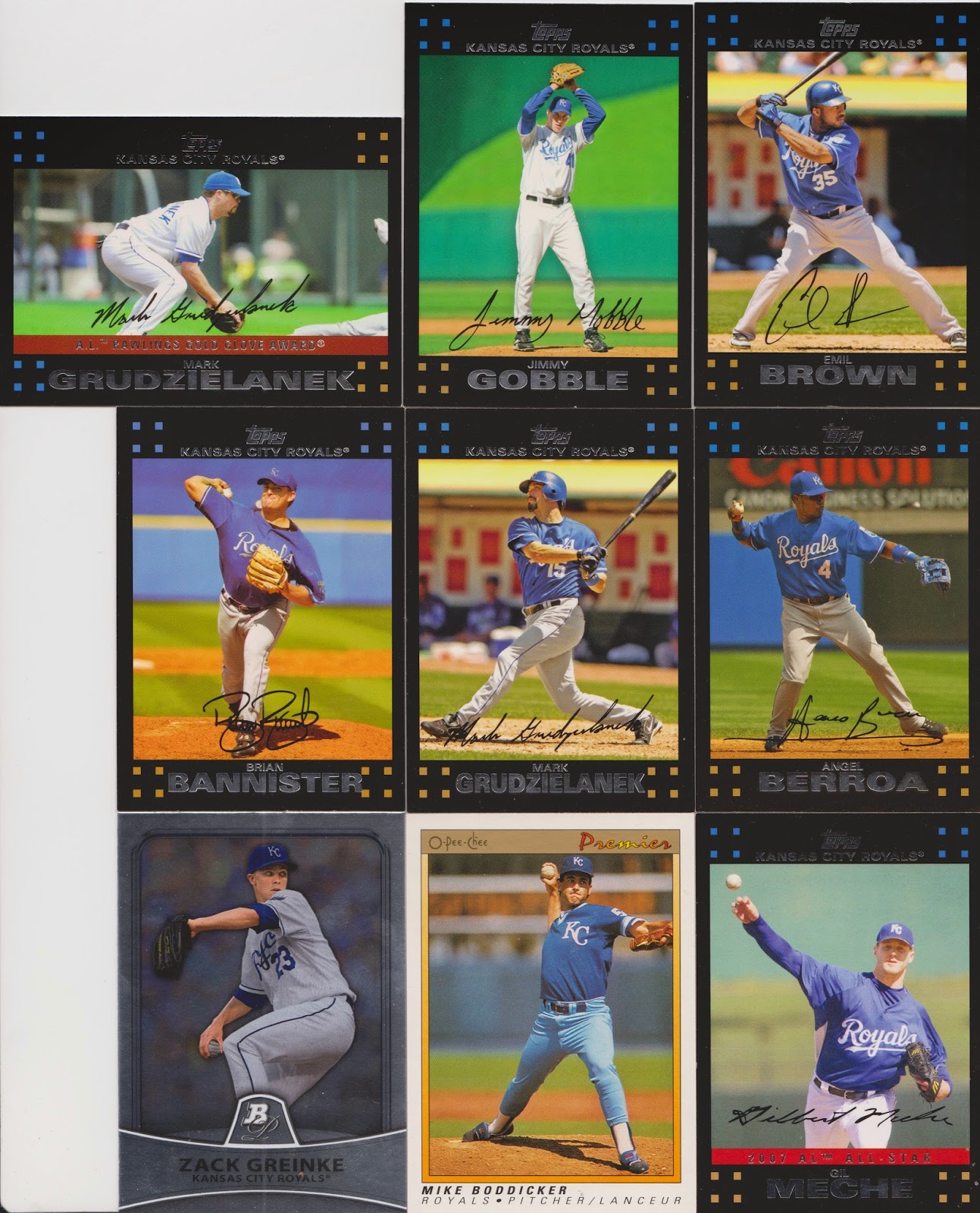 We'll wrap it up with these cards.  I might be alone, but I really liked this Topps design, probably enough to be in my top 5 of all-time. People like black borders because its easy to see chipped edges.  I don't care really, if it's in my collection, I don't plan on getting rid of it.  It may hurt resale value, but otherwise, I'm cool with it.  I understand the folks though they argue it makes the card less picture-frame-esque (did I just make up a word, or just combine a bunch).  The Zack Greinke Bowman Platinum I've been eying for a while, and finally good enough (i.e. cheap) to get.  Same goes for the Boddicker Premier card.  I had a few of those growing up, simple but nice.

I'm not sure which one I like best in this batch to be honest.  So on that note, I will wrap it up.  Tomorrow is the last of the cards I got and might even throw in a couple other cards I got recently.  Thanks for reading and have a great day.