That Hits The Spot, Part Dos!

Since today is the second part, that indicates part one was before.  It was yesterday in case you missed it.  Sorry for no link, I don't have it handy.  Anyways, we have more cards to check out so let's take a gander at what else John from Johnny's Trading Spot sent. 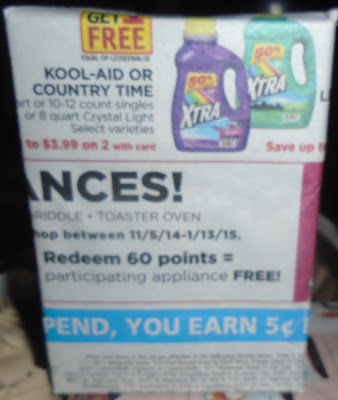 CODENAME: XTRA!  I thought about using Kool-Aid, but it wasn't pictured, so since I'm cleaning up my computer, this works too.

It's a Wonderful Life when I get a Nick Capra card!  Oh, I'm thinking of someone else.  Oh well, I had zero before hand so I'm still glad I got it. I wasn't impressed with with this Topps design, but it's a Holland I might need, and I need to finish the team set anyways, so its a good get too.

I was a little surprised watching the All-Star game and saw that Jeff Conine made the Florida Marlins Favorite Four (and yes I called them FLORIDA MARLINS!).  I wasn't aware he was that big of a fan favorite or he accomplished so much after his talents were plucked from Kansas City and relocated to South Beach.  I've always liked him, and one day I will build a PC for him, which will make me appreciate him more.  The same will likely be done for Gregg Jefferies too.  I've always liked him too though I don't remember a lot of his playing days.

As you could tell from my scanning, I was really excited when I got these.  I didn't care if they lined up right!  Anyways, my love for 1992 Score I've mentioned before, so not much more to add except I don't remember Jorge Pedre and since he had to complete with Mike  Macfarlane and Brent Mayne with others thrown in, I understand why.  It is nice to see him in catchers gear though.  I wish all catcher cards would have them shown playing defense.  A defensive card for Gibby would be tough since he was the DH, but one of him making contact with the ball is a nice shot, and works well.  I don't know if it was a home run, but my money is on it being a pop up out of play.  Finally is a Royals checklist card.  I never knew when Upper Deck was crowned the Collector's Choice, but I usually liked all their cards.  I really liked the checklists like these.

Okay, time for the last stack. 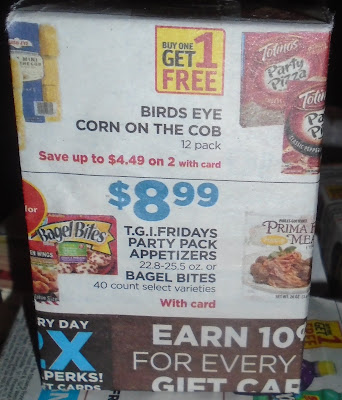 CODENAME: Bagel Bites!  Not a bad price either.  This place seems to have good deals.  Anyways, we didn't spend two days to look at grocery circulars, we came for cards!

Topps wood!  I've lived in houses like this.  I hope the next trend is cards with crown molding or granite countertops.  COUNTER-TOPPS! AHHHHHH!!!!!

I think at this point I could probably finish the entire set if I wanted.  Instead I'll just go for the team set.  I find it interesting that even in checklists, the Motley card is listed as Royals, though on the card itself it states "Now with Braves".  That must drive Braves fans nuts.  One card I needed was the Howser, so I'm glad to get it.

I think I'm good on 1990 Donruss and could complete a base set too, but again, I'll stick to Royals.  Frank White is a nice Royals card to get too.  Another autograph contender if I ever meet him.

Nice cards here as the 1987 Donruss has started to grow on me.  I may place it above 1989 Donruss.  I had a ton of the 89's so they hold a bit of a special place.  The only one of these guys not associated with the Royals past the 80's was Biancalana, as he retired in 1987.  I never really hear his name come up these days.  Saberhagen pops up time to time, and McRae was manager in the 90's.  Monty still works for the Royals as part of the pre and post game shows. 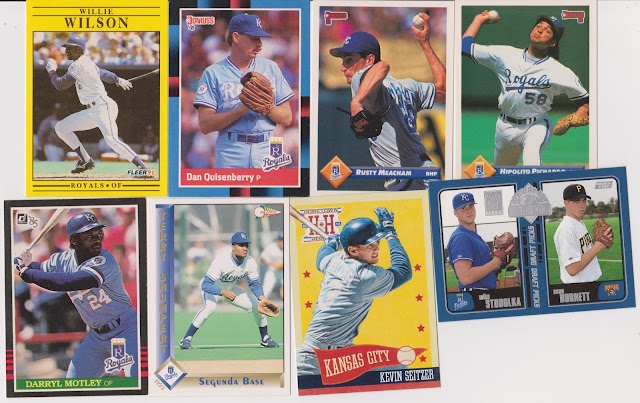 The last batch of cards are a wild bunch.  So wild they moved while being scanned.  At any rate, a package couldn't be complete without a 1991 Fleer.  At least its Willie Wilson, so I can forgive that.  While building my Quiz collection up nicely, I may have overlooked this card or may not have had it.  I do now at any rate, and its a beaut!  Next is some 1993 Donruss of a pair of pitchers.  Hey, I remember them!

Bottom row is an 1985 Donruss of Darryl Motley BEFORE he was traded.  Pre-85 cards will be fun to acquire in the near future.  I'll enjoy learning more about some of the players not talked about all the time.

The Pacific card of Terry Shumpert takes me back.  I had some of these, I just don't remember how I got them.  Now if I was smart, I would have collected these and learned Spanish.  Instead I took classes for two years and learned almost nothing.  I did write two books in Spanish for the class though, so I had minimal Spanish speaking abilities for a while.  At most for two years.

These Hometown Heroes cards are nice despite no logos.  It is a surprise to see Kevin Seitzer make an appearance too.  Nice bonus.  Finally is Mike Stodolka.  All I remember about him is his name.  If it was Spanish I might have forgotten that too.

So in all, I got a bunch of cards.  It may not appear that way since I didn't scan them all but judge for yourself. 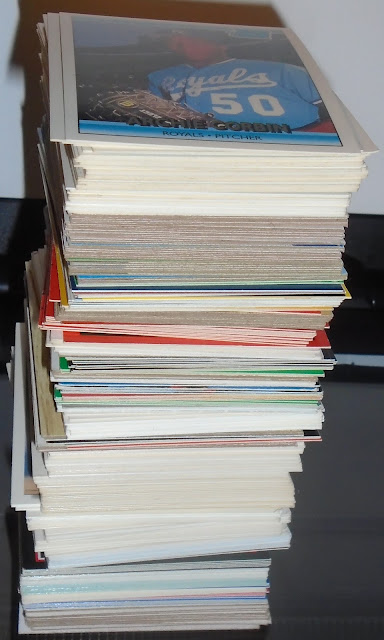 Archie Corbin is really trying to get some face time.  So a stack not compared to anything is worthless, we need more proof.

Yes Archie, you get to be the top card again, sheesh! 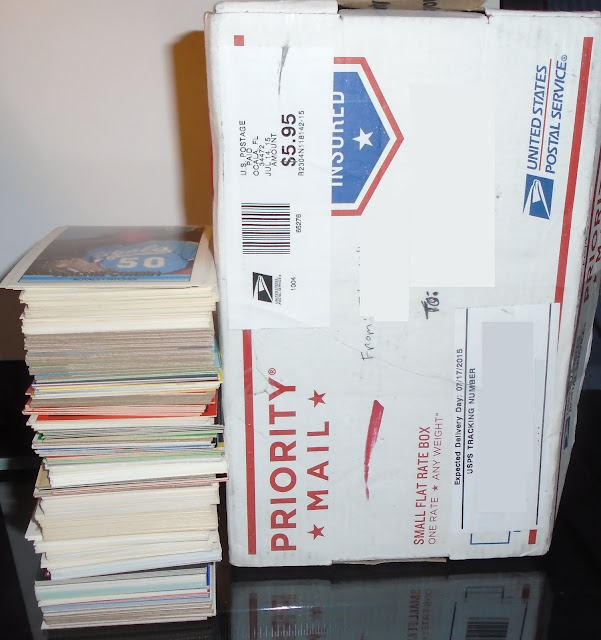 What an amazing stack of cards.  I see many more 1990 Donruss I didn't scan.  Also some 1990 Score.  Is it bad I can tell the cards and years just by looking at this picture?  If it is wrong, I don't want to be right.  Well, I don't know, I like being right too, so maybe I can be both.

That wraps it up for today, thanks again to John from Johnny's Trading Spot, and if you haven't seen his blog, you are doing yourself a disservice.  Thanks for reading and have a great night!