I mentioned recently that I had just started to dabble in the website Listia and won a couple auctions.  Today I finally got my first package from them.  It was actually the second auction I won and the second auction from the same seller (I think I screwed up on the first auction, but working on hashing out the problem now).

I first heard about Listia last year, but never really checked it out much until this year.  After I did, before I knew it I had close to 4,000 credits, and initially my plan was to just use them up and stop visiting.  That proved a bit tough because I was being outbid on a lot of stuff.  Then things started to go my way.  Anyways here is the auction I won: 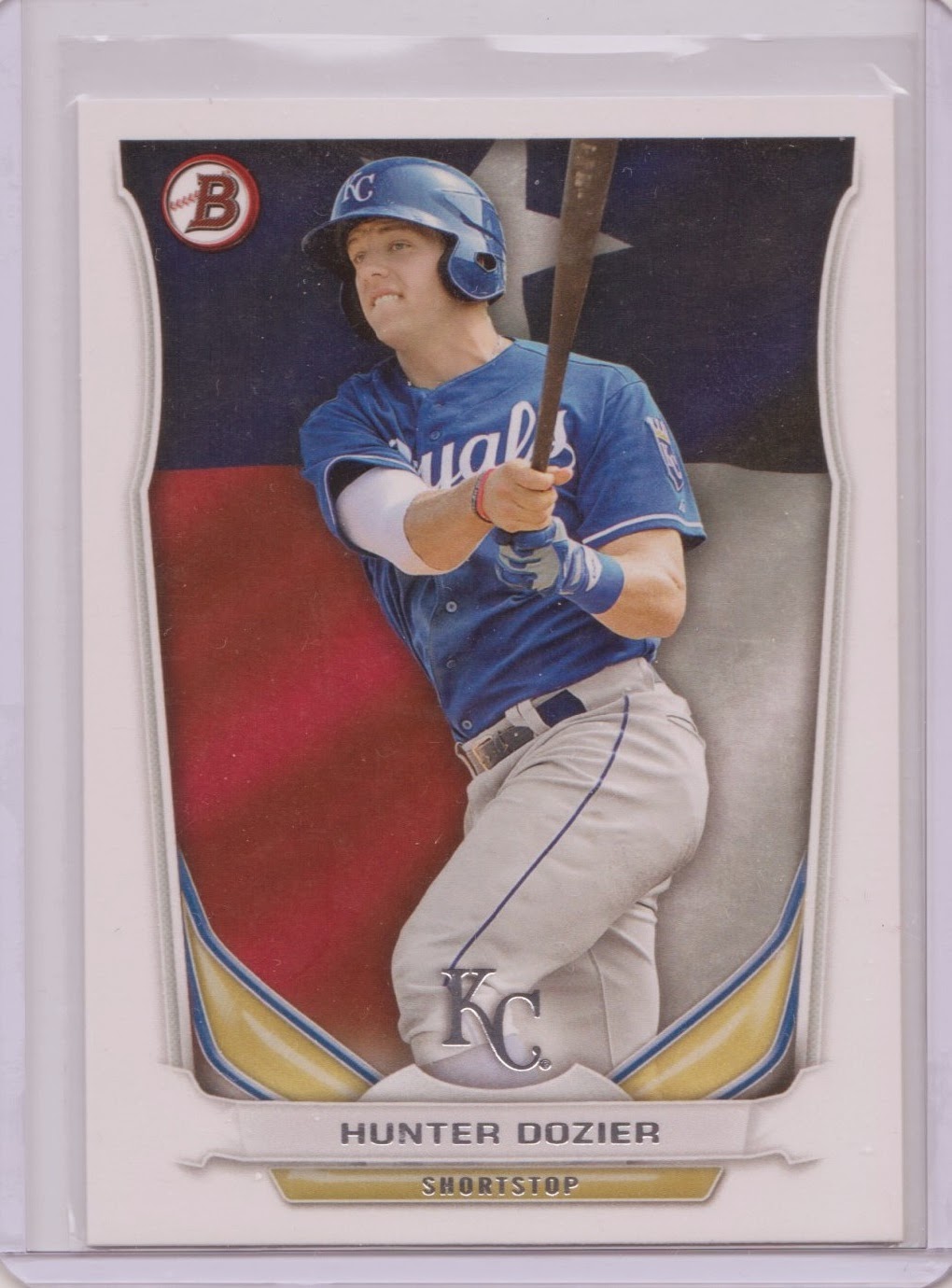 As I opened the plain white envelope, my first thought was "Gavin wouldn't be happy."  Gavin is from Baseball Card Breakdown and he just finished Pull Tab Awareness Week.  As I opened this up, the card started to slide out of the plastic holder.  No pull tab. No tape at all.  I'm fine with that this time because honestly, I just wanted to get the card, plus luckily it wasn't damaged.

About the card though.  This is the Hunter Dozier card I referenced a few posts back about being one that I had won.  It is a Hometown Heroes Bowman card, which is a bit different from previous years I think.  The flag in the background seemed to be zoomed in more.  This is now the second Dozier card I have, and I think I have more on the way thanks to COMC. 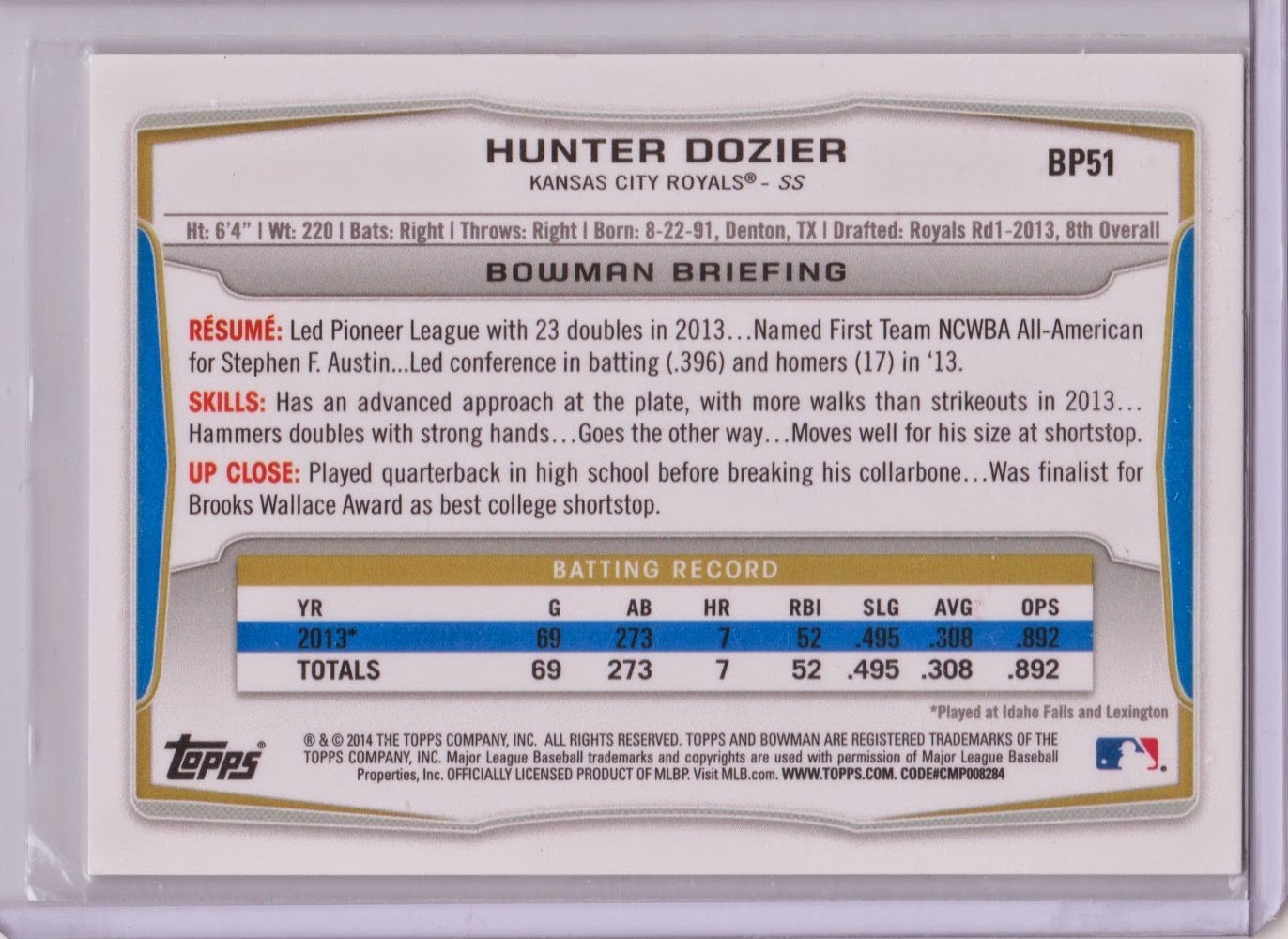 The back of the card is similar to the Butler card I showed yesterday, so not too much to add.  Sometimes the numbering of Bowman cards are a bit much.  They have so many subsets and insert sets that the numbers are like 51, BP51, BDPP51, BCP51, U-571 (oh wait, that isn't one of them).

As I said earlier, I expect big things from Dozier, but as a Royals fan, I can never put too much stock into minor league players because most never seem to pan out.

With nothing else to add, I guess this finishes up this post.  I do have more posts for this week, but honestly before I got this, I was planning on taking a day off from posting.  With ideas for the next few days, and a few more Listia auctions coming soon, I think I should have enough topics to last a while.  Thanks for reading and have a great night.